How to Experiment with Window Light Portraits at Home

You Can Grow Plants in Used Film Canisters

The first time I was hired to photograph on set at a music video was decades ago. The client was a record label and they didn’t give me any detailed instructions. I was just starting out and it didn’t even occur to me to ask just what I was supposed to take pictures of.

I recall being nervous, and after spending 10 hours on set, I walked away with only a handful of images. Since then, I’ve been on set for a music video, commercial, or TV taping many times.

These days I have a list of 5 distinctly different types of shots that I aim to get. Although these shots have become standard for me, often I am able to turn in images to my client that they did not request, but are ultimately pleased to have.

The names for the various types of shots described here aren’t industry standard. This is the terminology I use with my clients when I am describing the coverage I will provide. 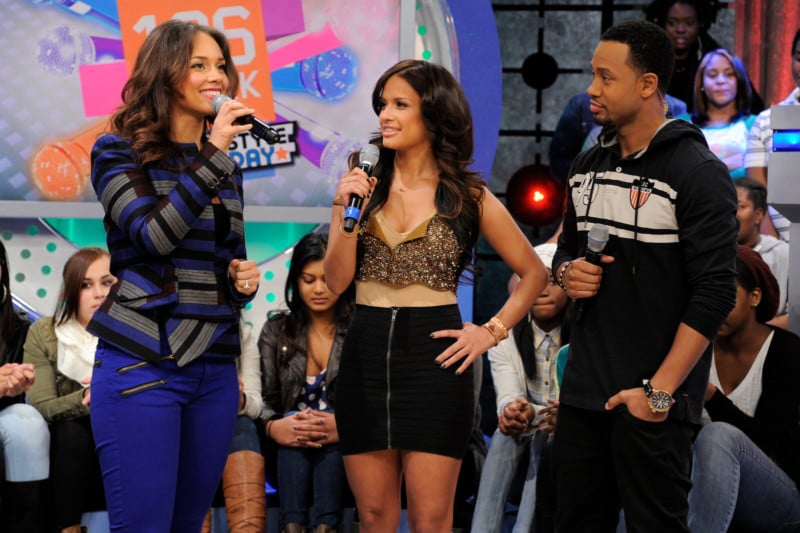 These shots are designed to duplicate exactly what the video camera is capturing. I’m using a 70-200mm and standing as close to the main video camera as possible. I want my photographs to look like an actual frame from the video. 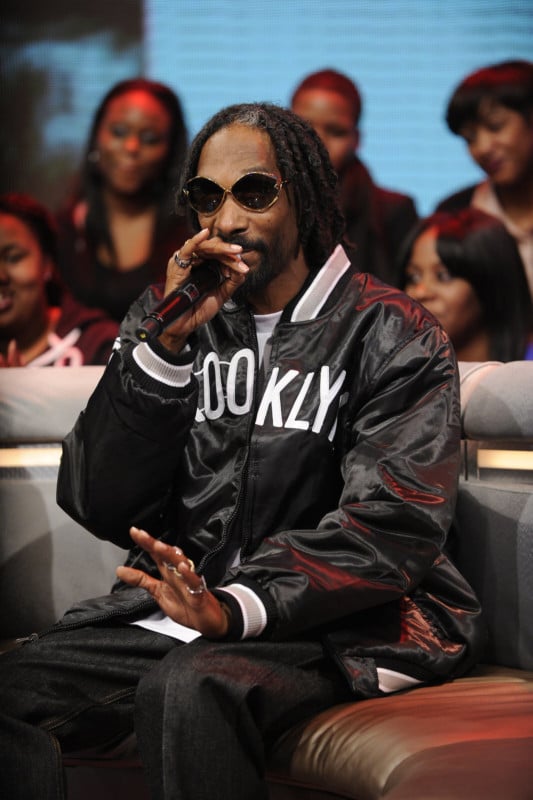 You might think the client can easily pull a frame from the video itself if they needed this image. But it is possible that the person who hired you does not have access to the footage. That person may not have the knowledge of how to pull a frame, nor do they have the time to do so. 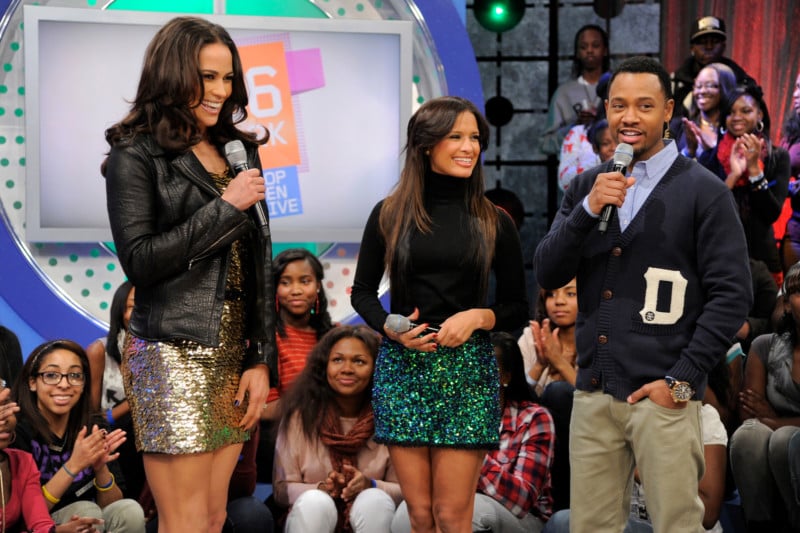 Having a photograph that mimics the actual video can make things easy for them when they are looking for an image that really represents what was being filmed that day. 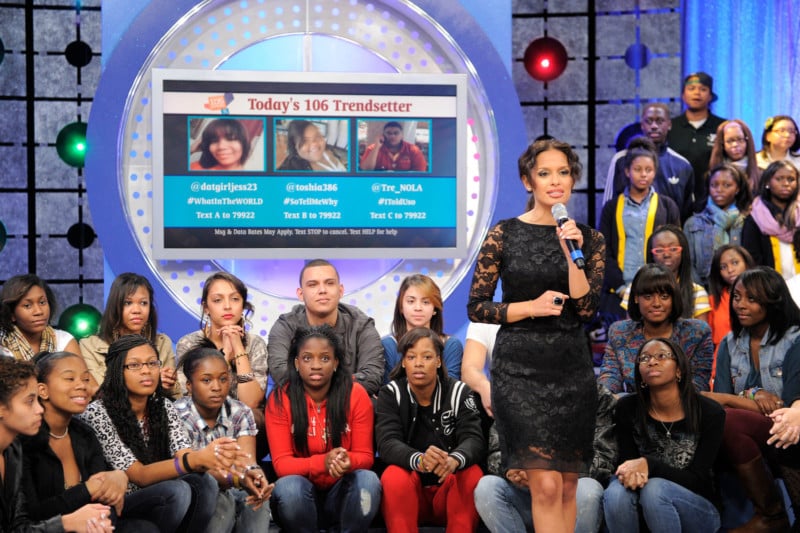 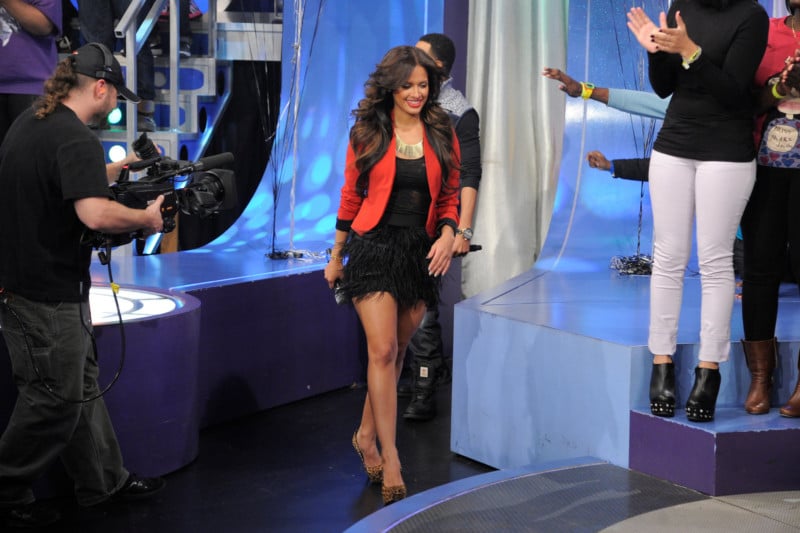 These images intentionally incorporate elements of the production such as video cameras, crew members, and lighting. If you’re working on a large set, these shots can be gorgeous and grand in scale. 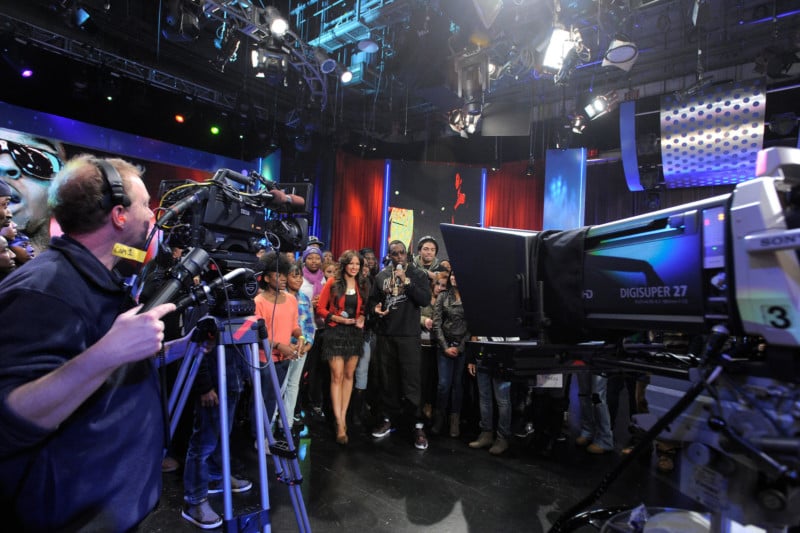 If your client is sending out a press release about the filming of the video or commercial this might be your go-to shot. And, in the event that you want to work with the video production crew, these shots can be valuable for you to make a connection with them after the shoot is over (assuming you’ve retained some ownership or distribution rights to the images). 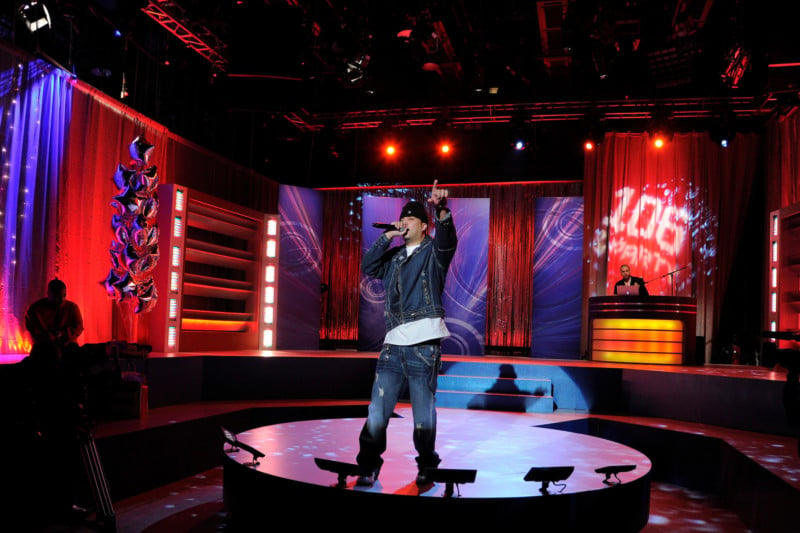 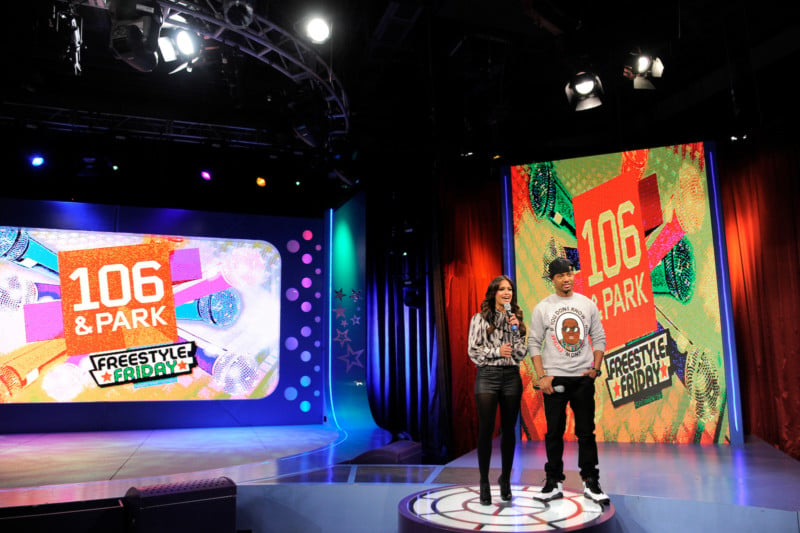 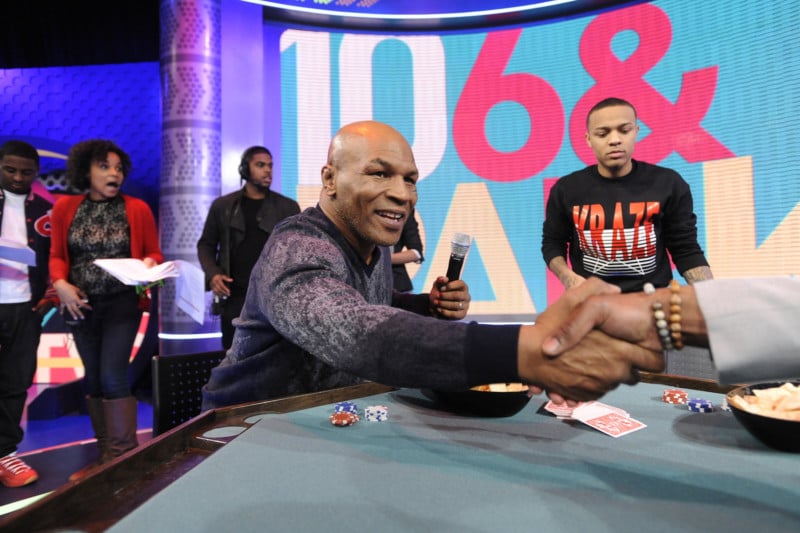 These can be the most fun to capture… or the most frustrating. On some productions, you’ll enjoy freedom of movement and you will be within arms distance of the talent, director, and guests. 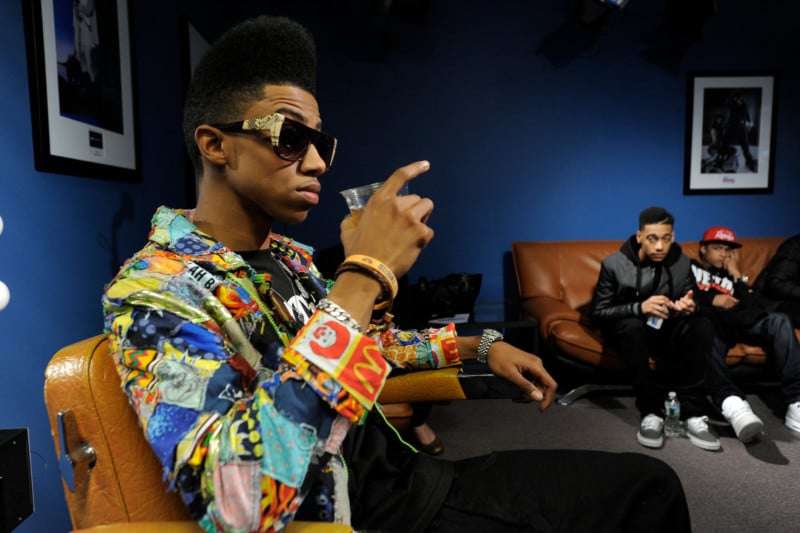 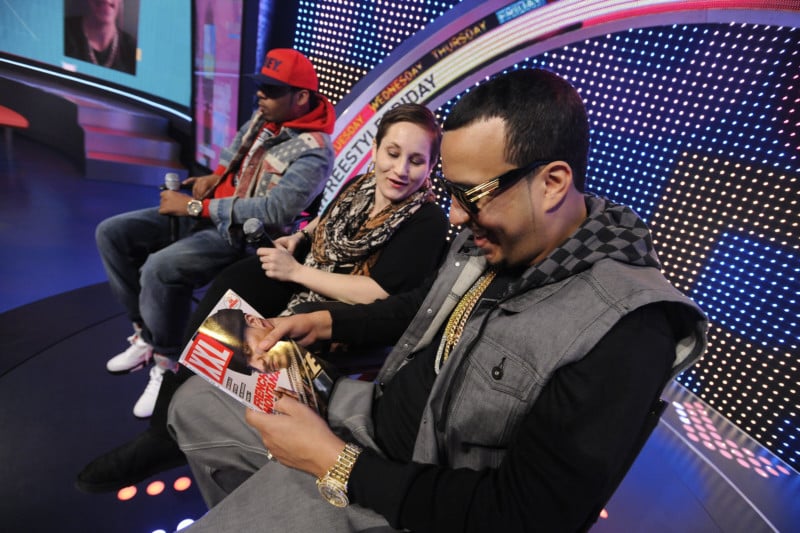 On some productions, you will be viewed as a nuisance. Your presence will be seen as a distraction to the talent that is trying to focus or to the crew that is trying to light or build the set. You must remember that although you have permission to be on set, you may not be seen as part of the production. You’re a visitor and the crew may see you as an intruder. 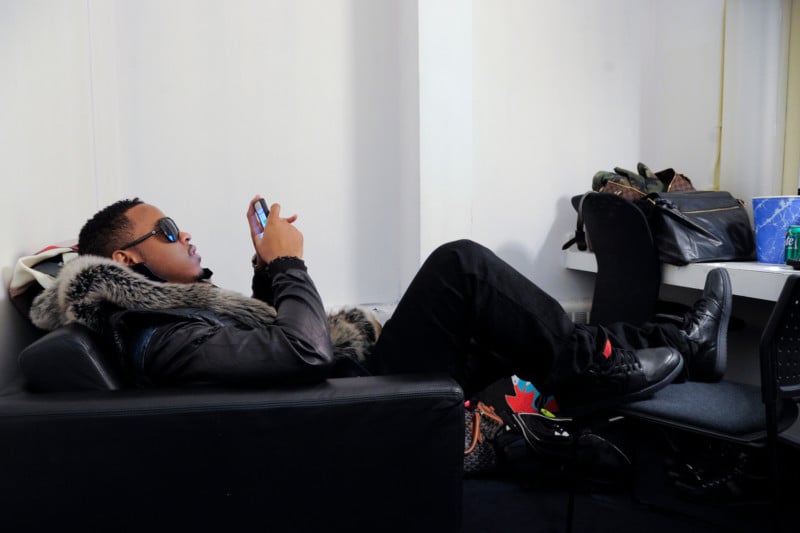 Every video production is tense near the end of the day and people are often looking for someone to complain about. Don’t be surprised if it is you. You also have to walk a fine line between being respectful to the talent by having some interaction with them but also leaving them alone to focus on their responsibilities. 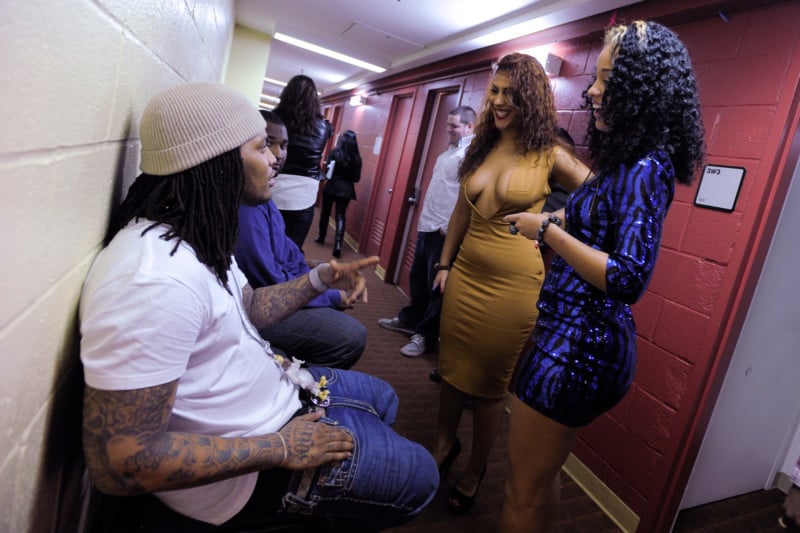 It’s rude to walk up to someone and start photographing them without introducing yourself, but it’s also rude to engage in lengthy conversations with someone that is working. So you have to figure out that balance. 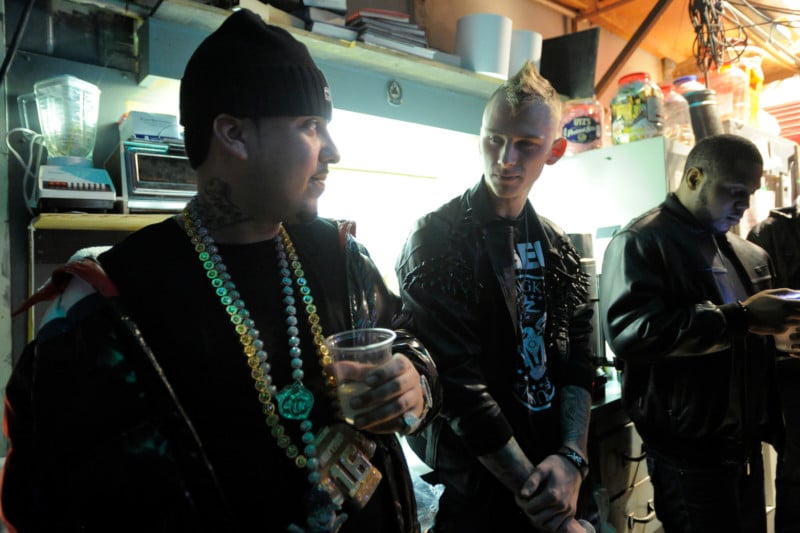 My lens of choice for these shots is a 24mm. If I can’t get close to fill the frame with that lens, then it’s not possible for me to create a true candid. I would suggest getting a camera with a silent electronic shutter. Even when the crew isn’t recording sound, your shutter noise may be deemed distracting on certain sets. And depending on how close you are when you are shooting candids, your shutter sound may indeed be distracting. 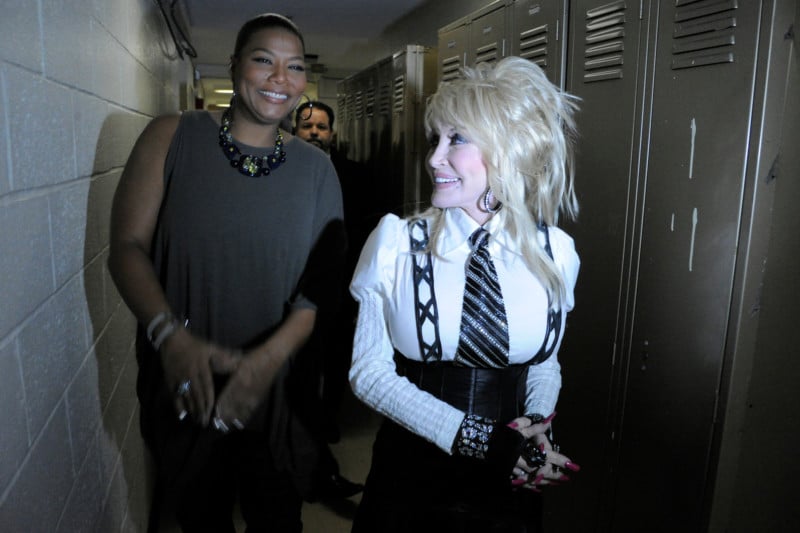 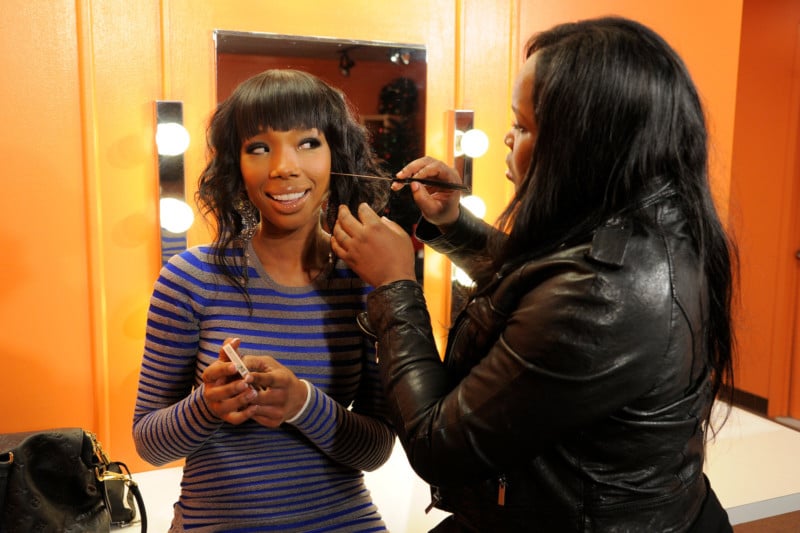 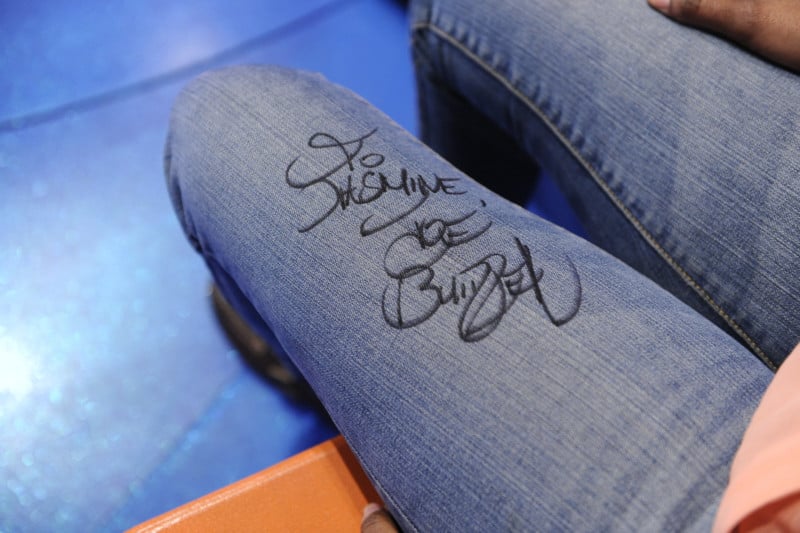 Depending on the scale of the production, I find these shots to be either tedious or intriguing. An atmosphere shot refers to everything going on around the production. The security people, the extras, the catering, the room itself, the discarded props, the empty set, the building where the video is being filmed, etc. 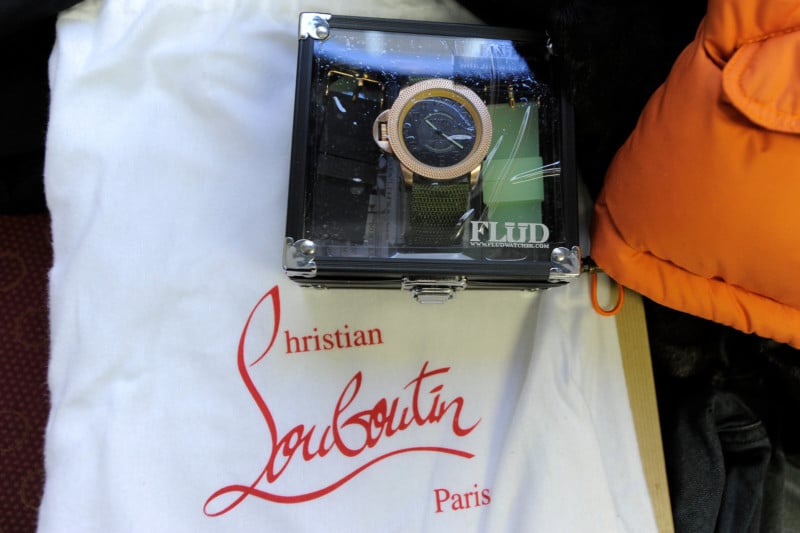 I don’t enjoy photographing things, so it’s rare that I see a room that I want to photograph. But I’m aware that the client might want a shot of the empty set, so I always capture it. 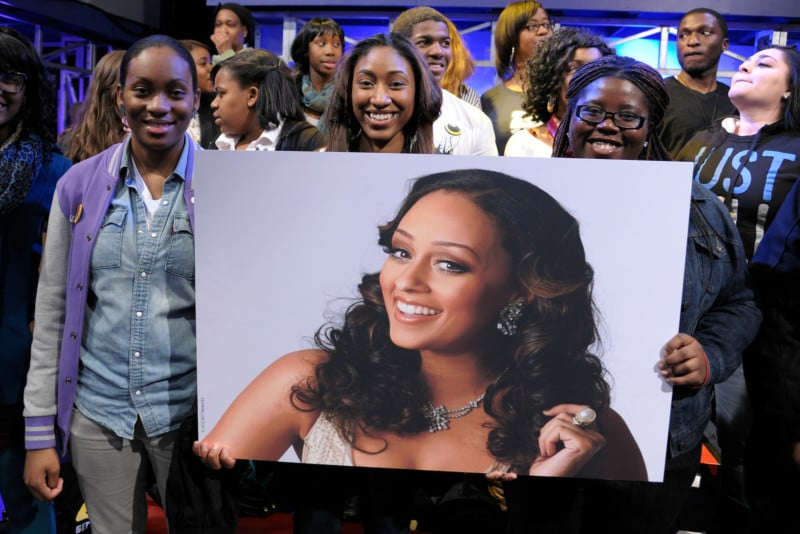 I’m interested in people and if I’m on set at a music video with dozens of models or extras, I enjoy meeting them and creating either portraits or candids of them. These shots help to give a feeling for what the set was like this day. If someone were showcasing a dozen images from the video, it’s likely that some of these shots would be used. 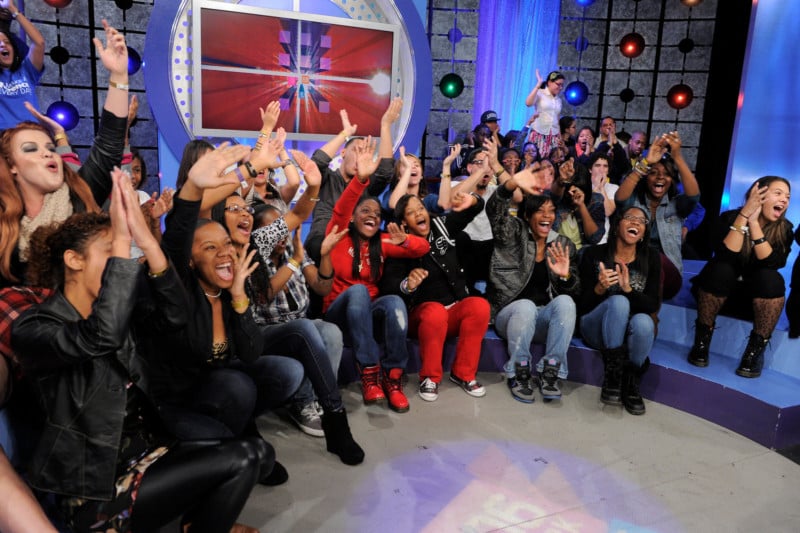 Often, you’ll capture important people in these atmosphere shots. It’s not possible for you to know who everyone is on a set and you may capture someone who seemed to be just standing around, but turned out to be a very important person.

You can also get into some interesting conversations with the extras and crew members who are working some distance away from the main set. Sometimes they don’t have anything to do for hours and they welcome being photographed. This is also a great place to find out about the next production that you’ll want to be hired for. 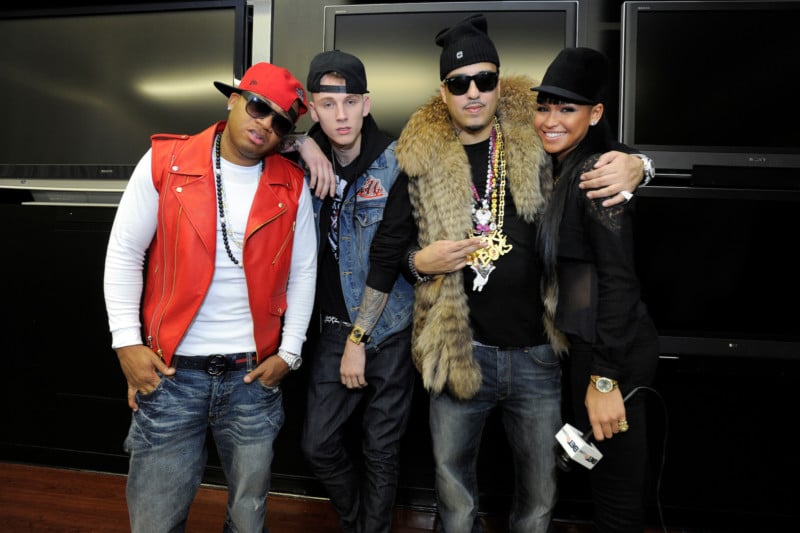 A trade shot features a group of people standing next to each other posing for your camera. Generally, these are taken with an on-camera flash. It’s best to use a shutter speed that will allow ambient room light into the image so it is clear that it was taken on set. It’s also best to get the trade in a room or place that best represents the video. 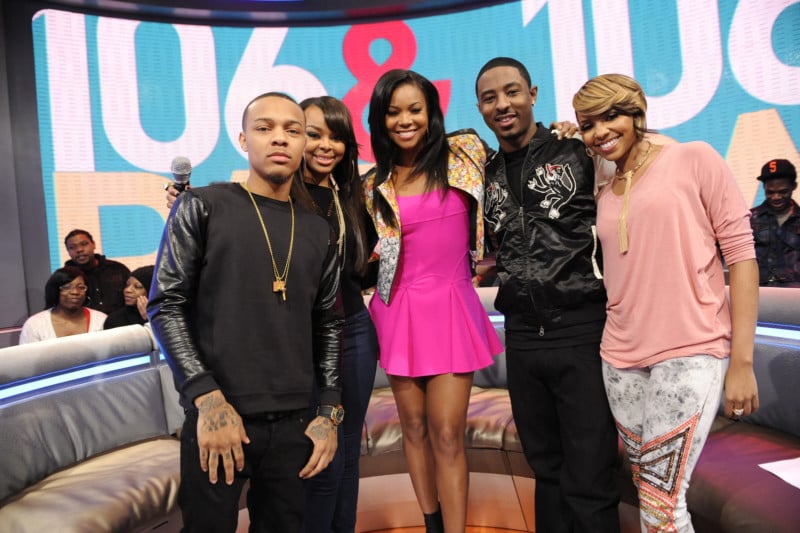 These shots are the most boring to shoot but are often the most important to the client. They are called trades because they are used in internal newsletters or magazines read by people in that industry. You’ll never see the publication of these images, but rest assured they will be used. They can be the most difficult of all the shots to capture and it’s crucial that you let everyone know the trade shots you’ll need as early in the day as possible. 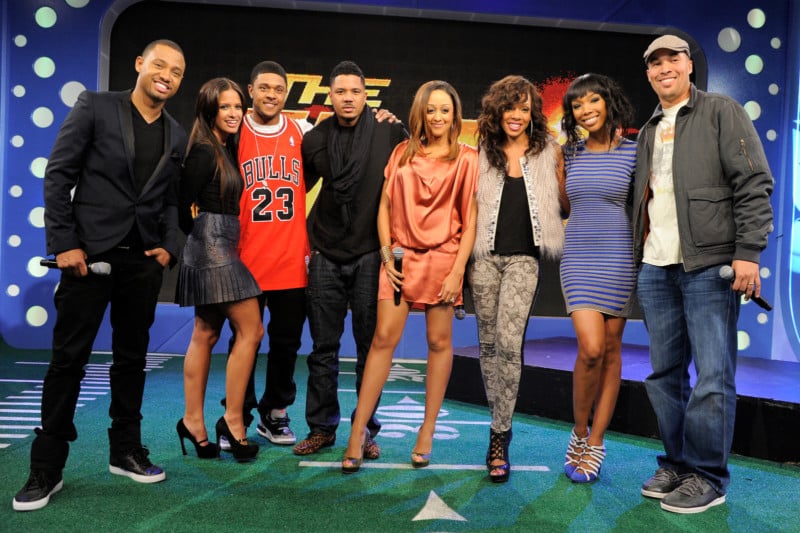 Make friends with everyone on set and remind them gently, that you really need that trade shot. If you’re lucky, the person who hired you will be on set to help make it happen.

It’s also best to get a variety of trade shots with different permutations of people. If it is a music video, you might set up a shot of the artist, the director, the fashion stylist, and the artist’s manager. But you also might want a shot of just the artist and the director so you’ll have to go actually ask the other two people to step out of the shot. This can be awkward.

Since the trade shot is the only time when you need to have everything focused on your camera it can be difficult to get the key people to stop what they are doing to take this photograph. You need to be on point with your gear so you can get the shot and the permutations quickly. I can nail a trade in under 10 seconds. But I’ve had directors spend 20 seconds explaining that they don’t have time to do the shot. It can be frustrating.

Once this shot is done, I tend to be more relaxed on set.

Keep in mind that these are not the only type of shots you can capture when you’re working on set. A scene might also fit into more than one category. And, sometimes just making a small change in camera angle, or asking for eye contact from a subject might change a photograph from being in one category into being in another.

But if I can stress one thing about working on set, it would be to remember to be respectful of why everyone has gathered this day. They aren’t here for you. They are here to create a video (or film, or commercial). This isn’t your world. It’s not your set.

Stay out of the way and do your job without interfering with other people who are trying to do theirs.

About the author: John Ricard is a NYC based portrait photographer. The opinions expressed in this article are solely those of the author. You can find more of Ricard’s work on his personal website, business website, personal Instagram, and business Instagram.

Image credits: All photographs by John Ricard and used with permission

Previous Unsplash Adds Hundreds of Historic Photos from Library of Congress, NYPL, and Others
Next You Can Restore an Old Pelican Case with a Heat Gun

In Summer of 2019, while working with Elbow in Manchester, concert photographer Peter Neill had ...