A Bell Isn’t a Bell Until It Rings

The scene through the viewfinder was one of pastoral beauty: a thatched and jettied cottage, with colorful Gertrude Jekyll borders full of Lupins.

As my eyes drank in the peached colors of summer, a single press of the shutter button on my camera brought me tumbling back into the splintered blues of winter. 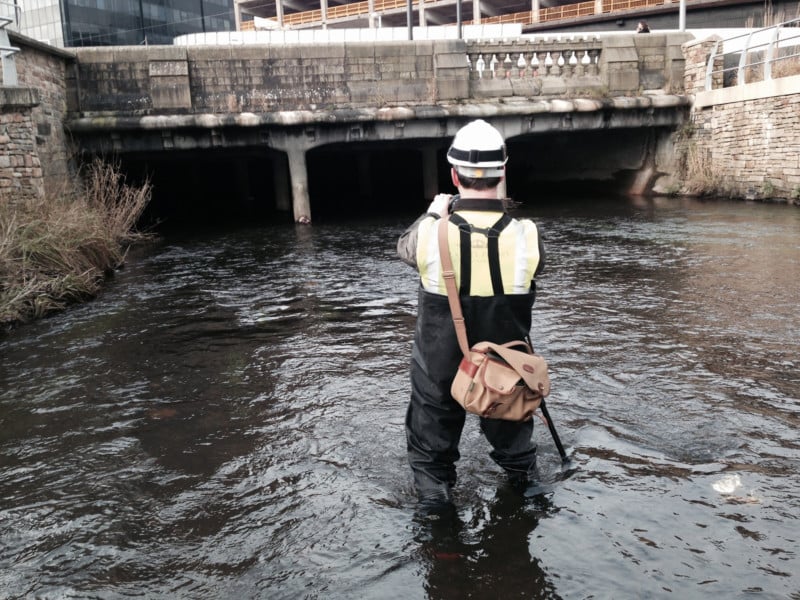 Beyond the viewfinder, it was a cold winter’s day. I was stood in the Cheesden Brook, layered up and swaddled with the singular task of photographing a fragment of pot that I’d found lodged between two rocks on the riverbed.

It was here, that several months ago I’d come across a midden. 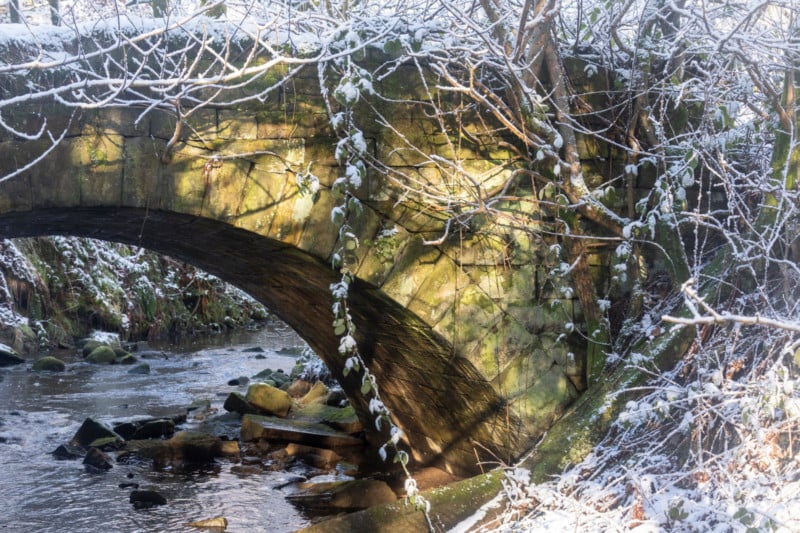 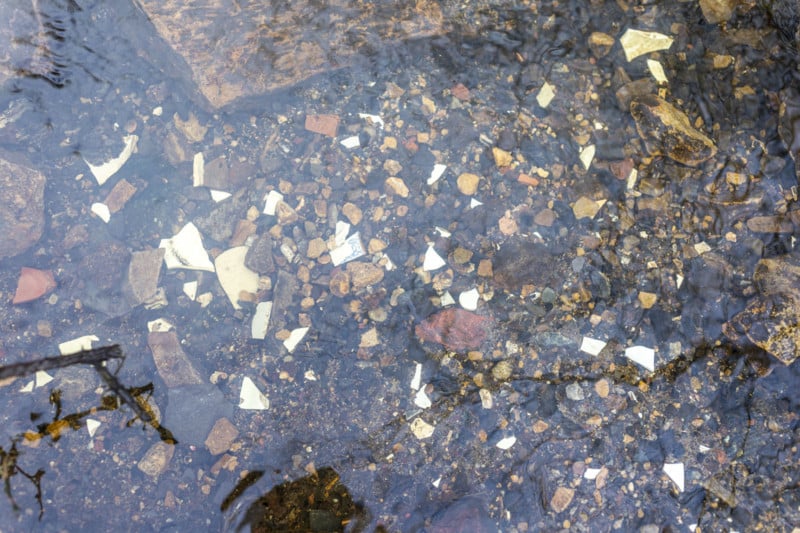 I’ve read somewhere that one of our greatest freedoms is how we react to things, but at that moment in time, shivering with feet sodden, I couldn’t help but question my role or motivation in all of this.

One look at the image on the screen at the back of my camera answered my question. 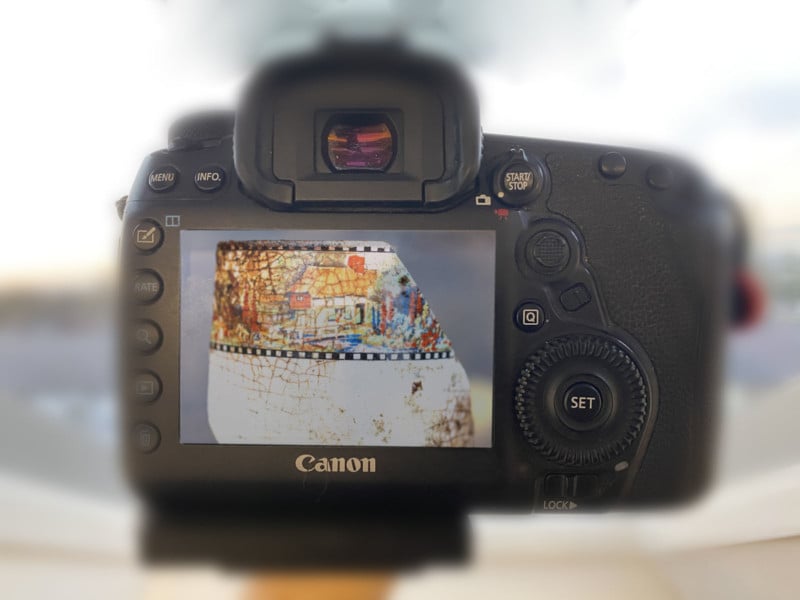 Instantly, I felt connected to something that felt bigger than me.

My action with the camera wasn’t only an act of recording the small fragments of people’s lives, but also an act of affirmation. 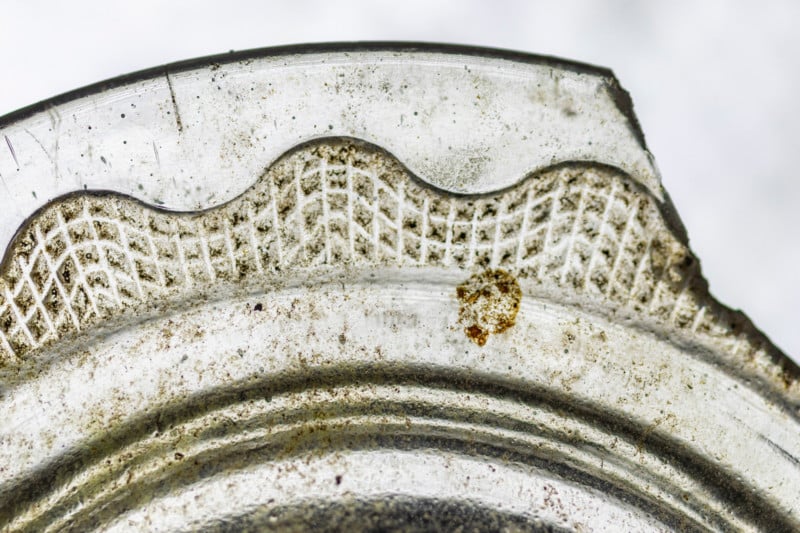 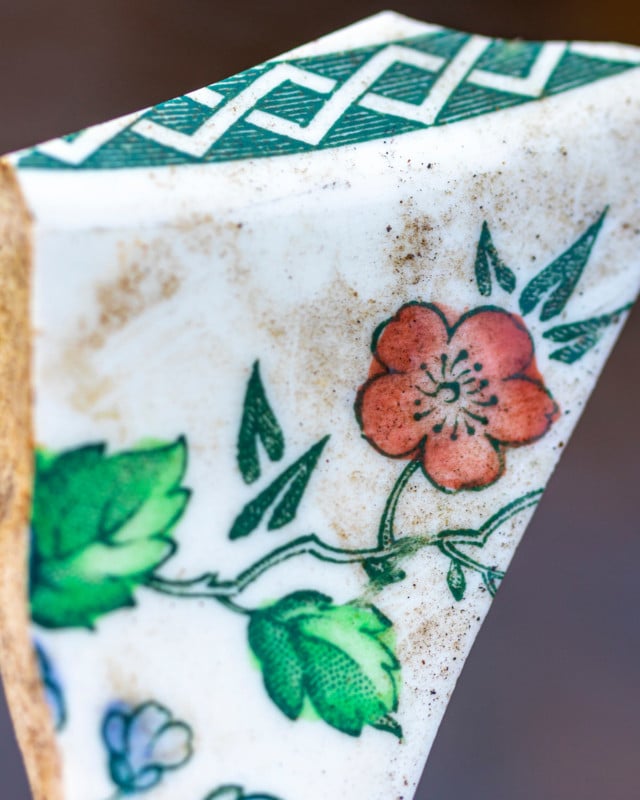 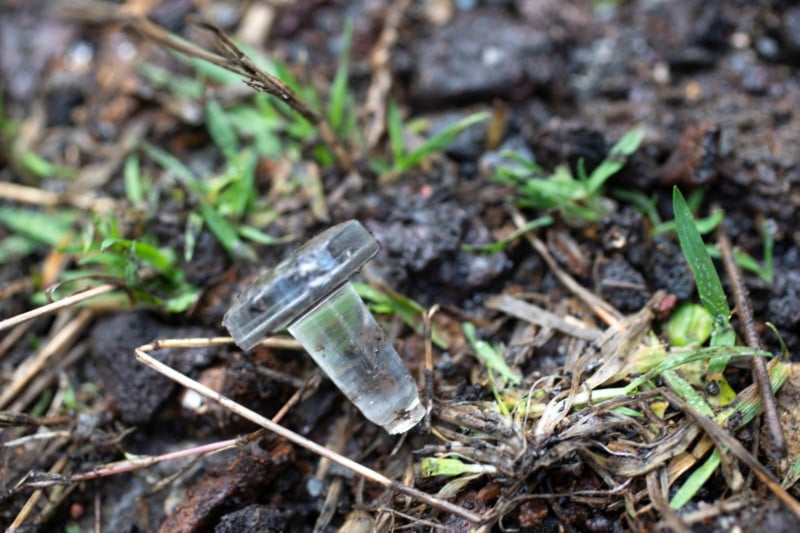 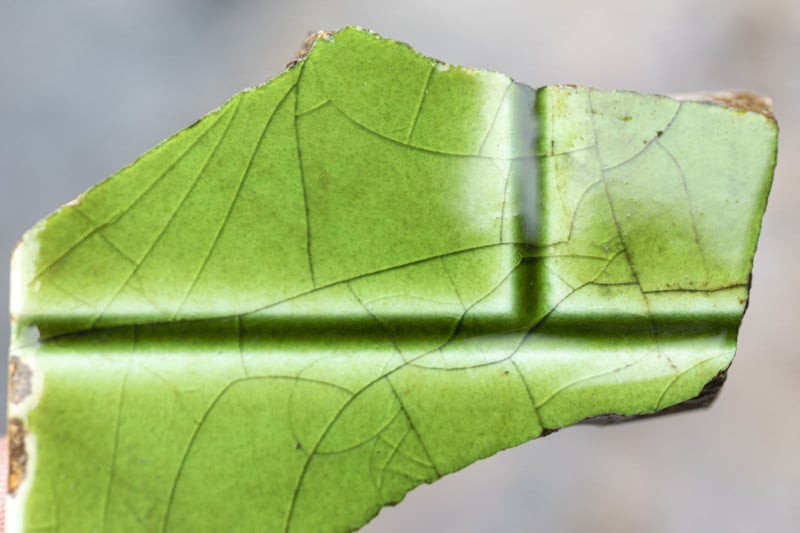 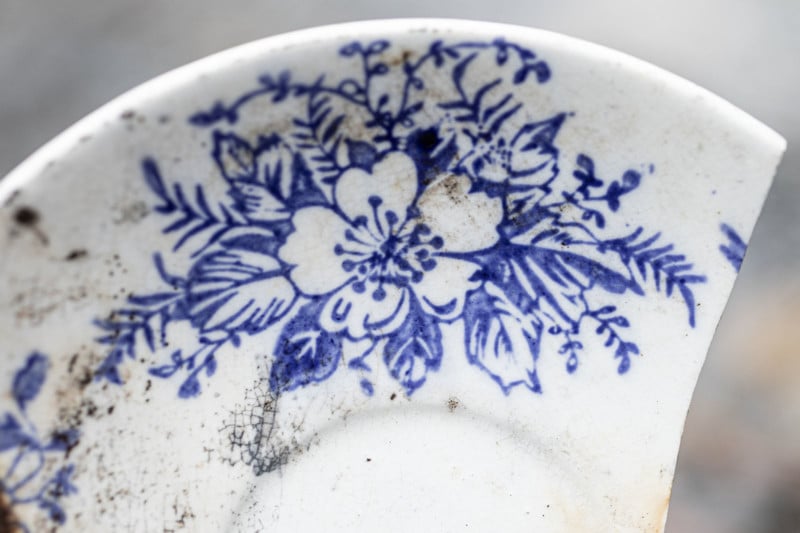 It was the same kind of motivation (against all the logical rationale of a wartime mentality) that led to the commissioning of artists during the Second World War to go out and record the things we might lose. The scheme for “Recording Britain” produced over 1500 works of art. Similarly, in 1939, Berenice Abbott was commissioned by the US Federal Art Project to photograph the changing vistas of New York.

At times when life was thin and the future looking flaky, somewhere deep down in the steady waters of humanity – acts of artistry recorded what we might lose, and in doing so, affirmed the innate goodness of the human condition.

Somehow, and I’m not quite sure why, photographing these things matters. 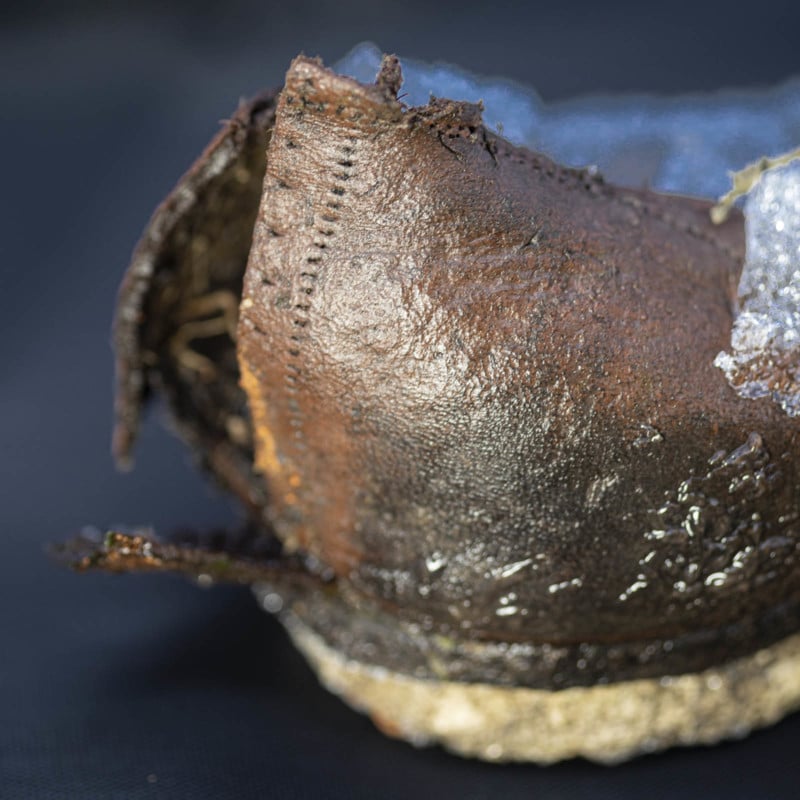 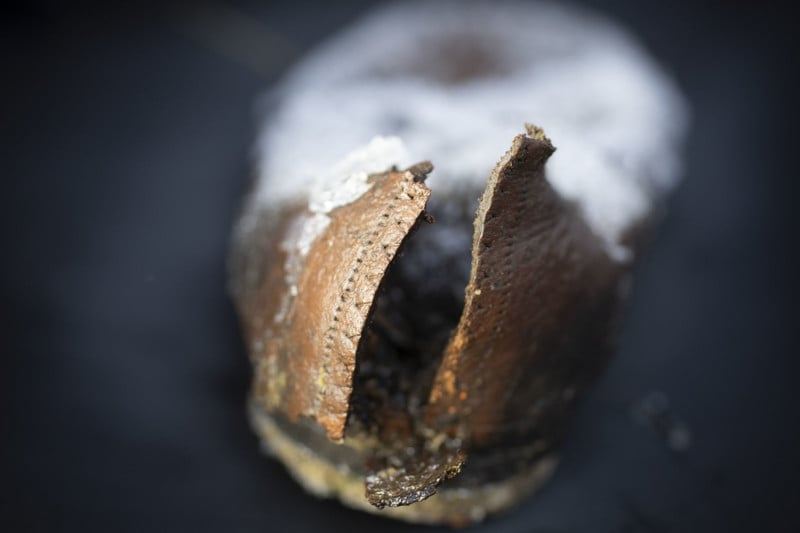 Sometimes our discoveries lead to a deeper understanding of ourselves.

Out of the darkest recesses of an ice-cold riverbed came the smallest most precious fragment of beauty.

This is what makes me lift up my camera. 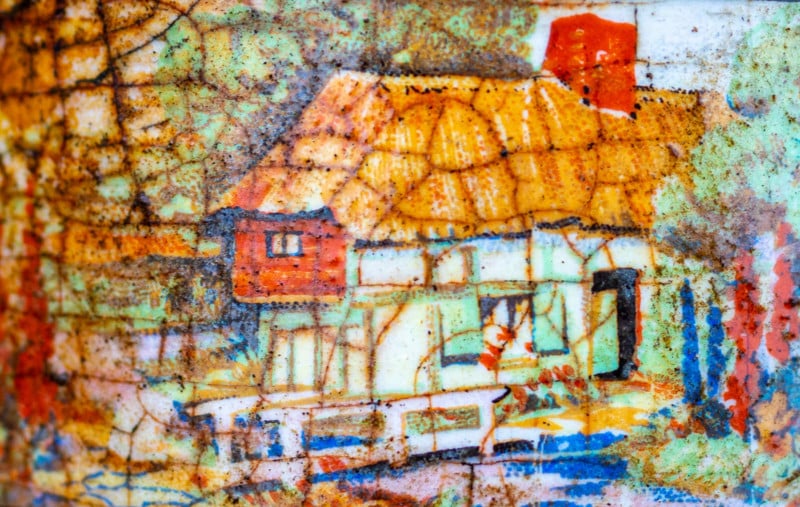 Here at Cheesden, somebody scattered what they thought didn’t matter, unaware that these orphaned sherds of China, with a little antiquity, would rejuvenate their forms like starfish and assert their own memories upon the present. 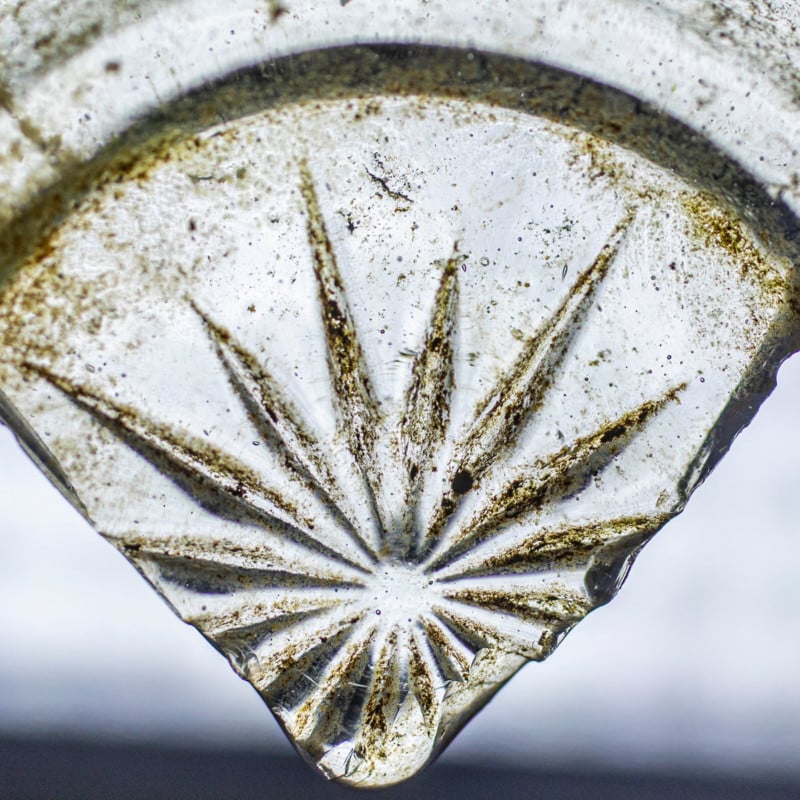 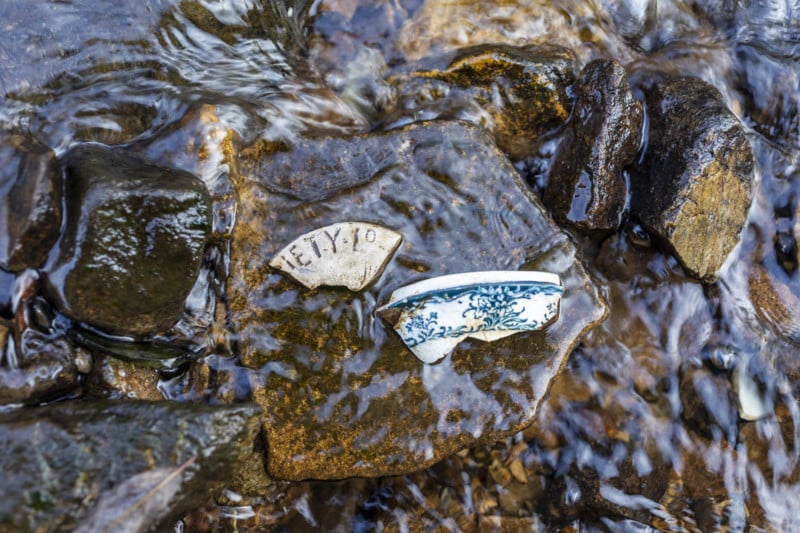 They were cast like seeds in the clay for a hundred years or more, composting the earth with the delights of an age in suspended animation, becoming reliquaries. 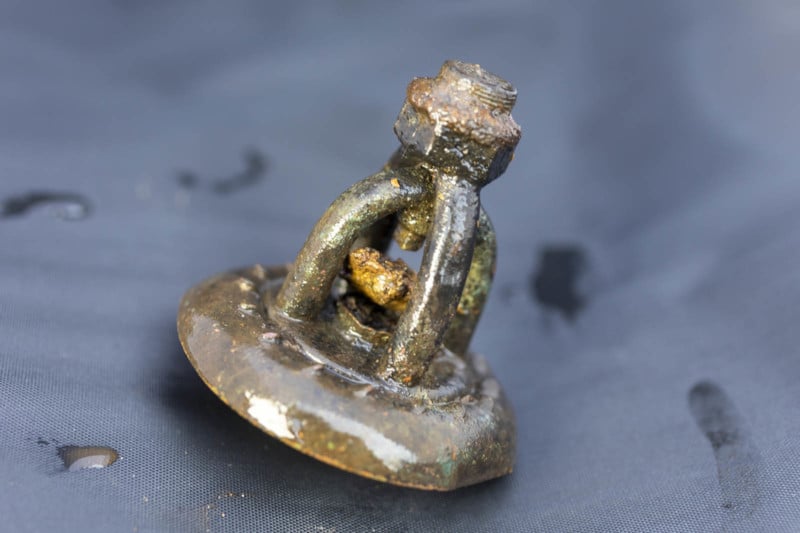 And then the brook, in full spate, crashed through the narrows and lopped off the memory bank, releasing decades of chatter in its vaporous spray; rattling the pots, faceting the glass, and – for at least one human being – re-asserting a profoundly nourishing connection with humanity. 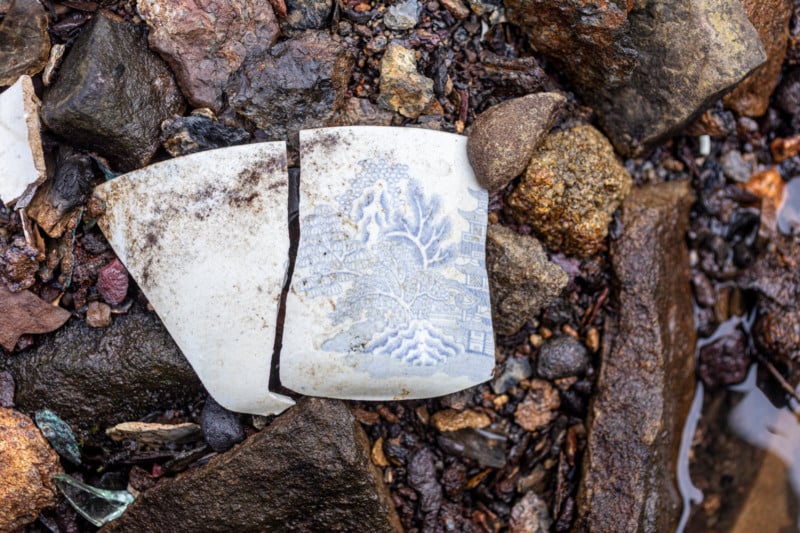 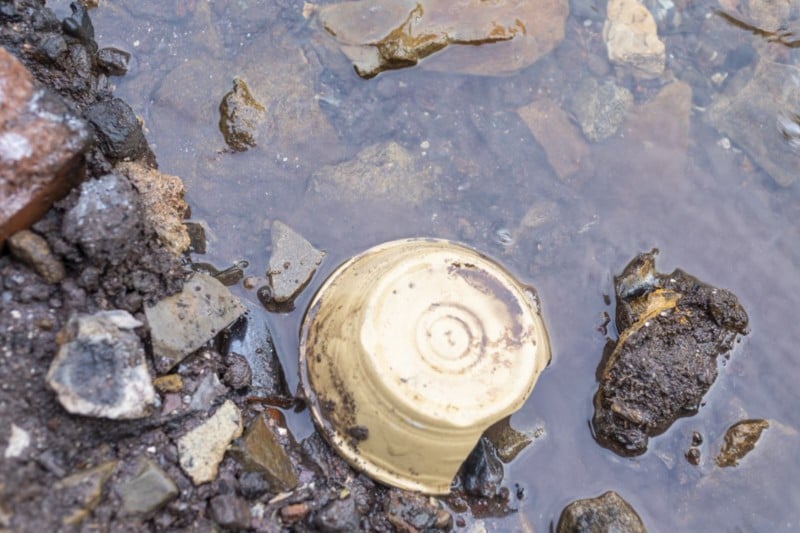 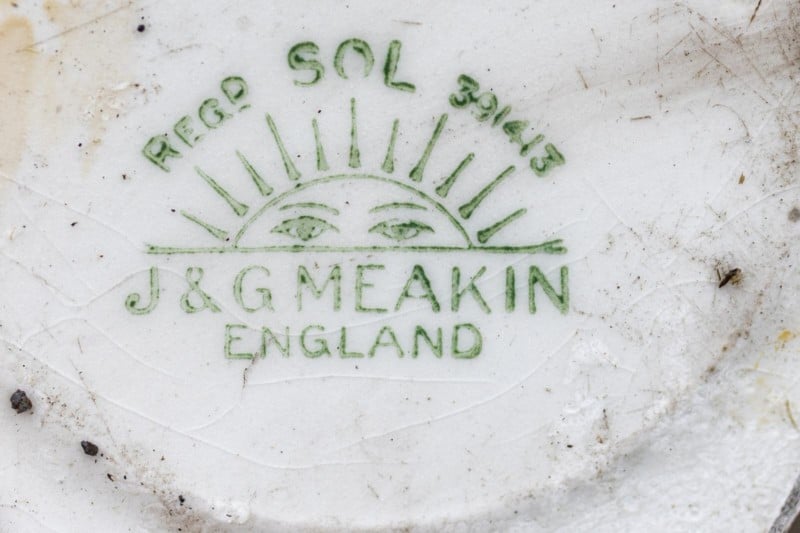 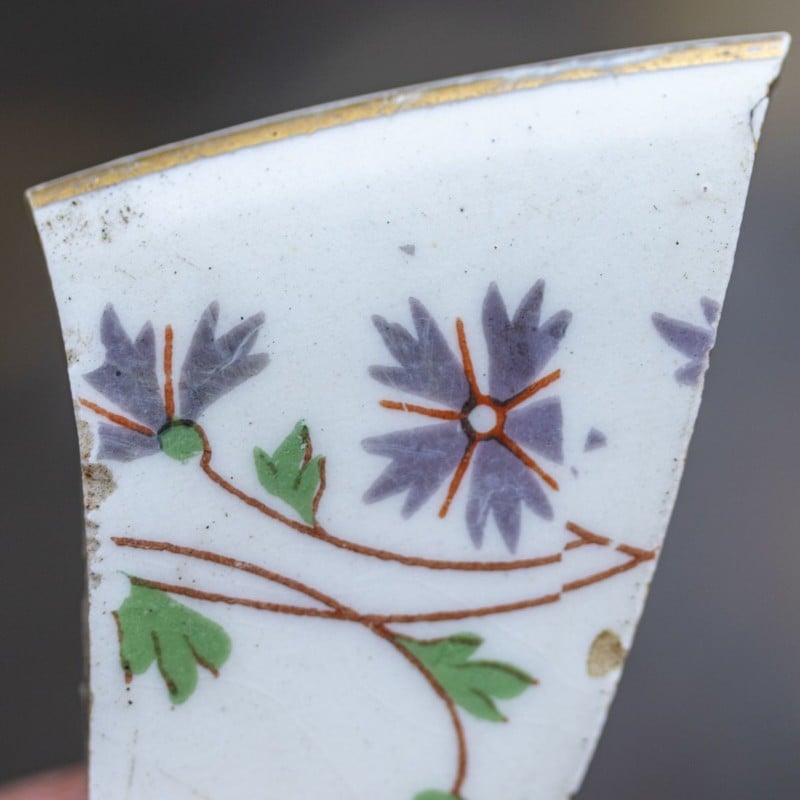 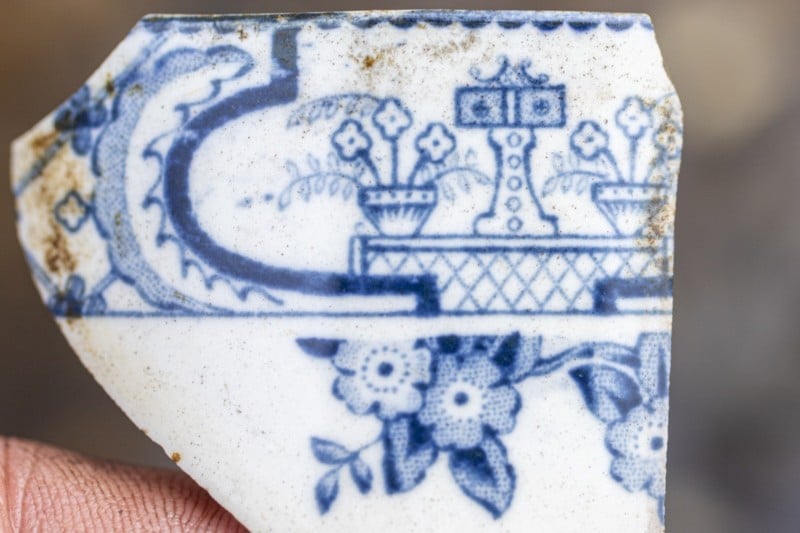 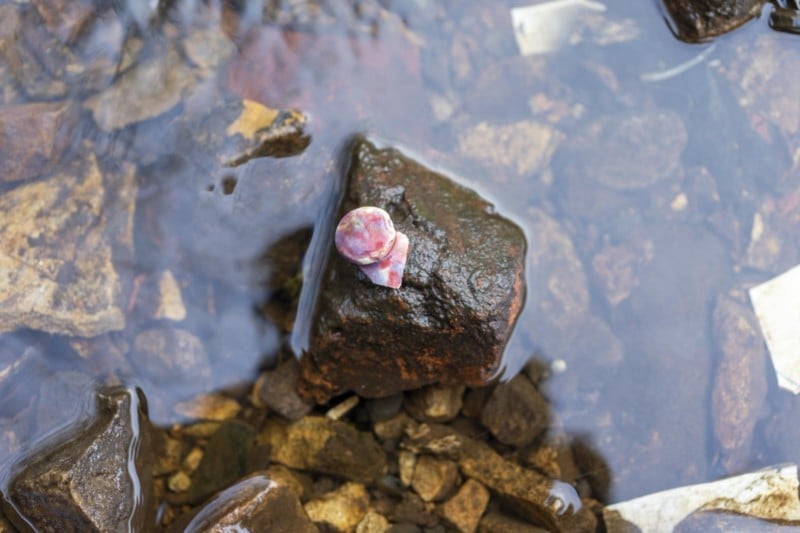 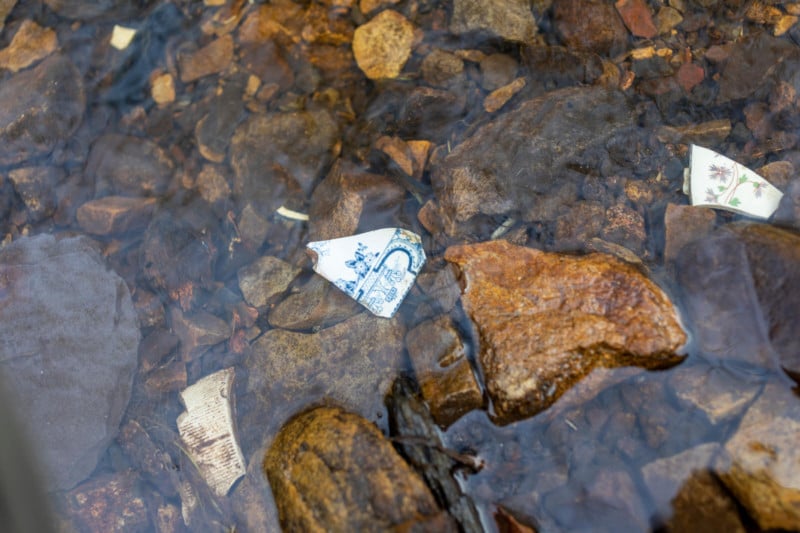 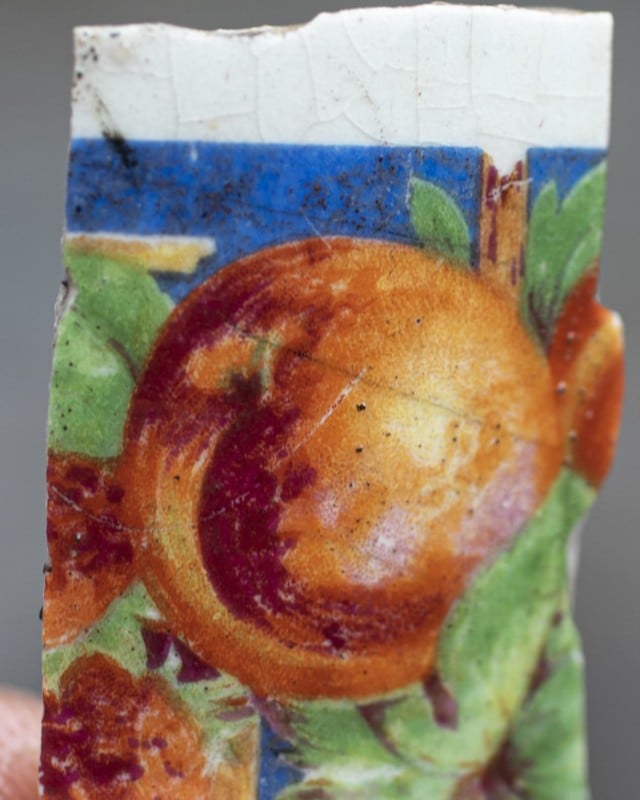 About the author: Andy Marshall is an award-winning architectural photographer and visual storyteller based in the UK. The opinions expressed in this article are solely those of the author. You can find more of Mashall’s work on his website, Facebook, Flickr, Twitter, and Instagram. This article was also published here.

Previous This is the Most Iconic Image of the Australian Wildfires
Next Mirrorless 24-70mm Shootout: Which Lens Wins in Sharpness vs Expense?