Breaking News
Home / Inspiration / A Mini Guide on When, Where and How to Photograph the Aurora

A Mini Guide on When, Where and How to Photograph the Aurora

The aurora season is here again and I figured I’d do a short post here regarding when and where to photograph it. When I’m browsing pictures online, sometimes seeing aurora pictures and checking the comment section, I see a lot of questions and responses from people that all have something to say about the northern lights (aka aurora). As someone who has seen and photographed the aurora many times, here is my little guide.

The northern lights can be seen in the arctic. Great places to see it include Iceland, Northern Norway, Northern Canada and Greenland. Basically everything between 65° and 75° Latitude, but during strong aurora storms it can even be seen from Scotland (which is extremely rare).

There is no ‘best’ place to see the aurora. It just appears, and the further north you are, the more overhead you have from the aurora. But you also have to consider weather and clear skies. There are a few ‘hot spots’ to see the aurora, but that definitely does not mean you have the best chance of seeing it when going there. It’s all about the weather! And the activity. Because if it appears, it appears all over the north and not just in 1 place. 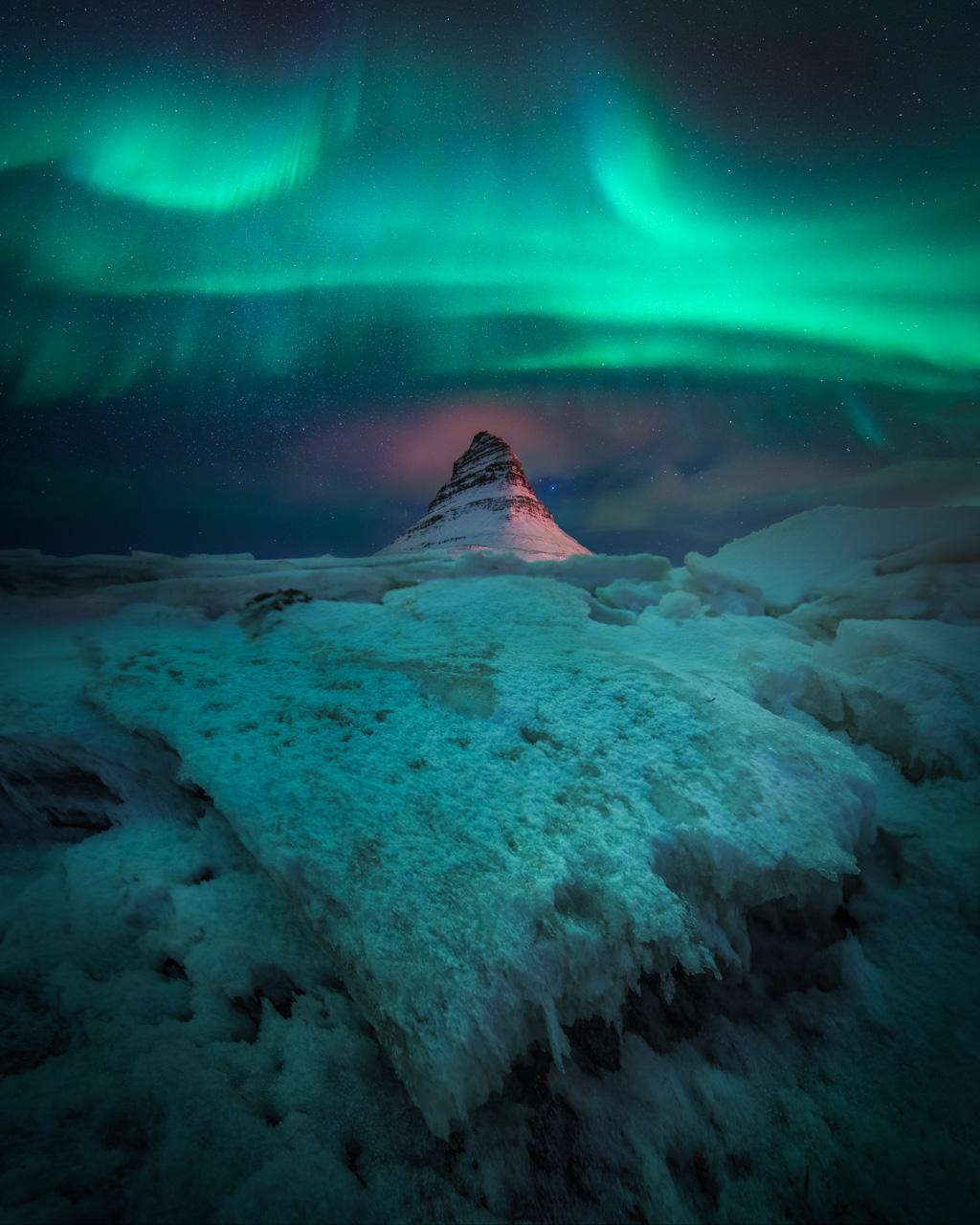 The most frequently asked question by people who have never seen the aurora is WHEN can you see it? Well, the aurora doesn’t really have an on/off switch. I’ve had people telling me “oh I read you can only see it from October till March, don’t tell me you can see it in September, that’s wrong!” The truth is: There’s always a chance you can see the aurora! But it has to be dark, and without clouds. The aurora also appears in the summer months, but it simply doesn’t get dark up north in the summer months, so you can’t see it!

So, whenever it gets dark enough during the night, you’ll be able to see the aurora. This means you can see the aurora from around September (but not long, because those are short nights in the north) to March. Good times to go up north to see it would be from October to February, because you have enough darkness in the night.

The aurora appears randomly. Sometimes it doesn’t appear at all, and sometimes it’s very strong. It can be there for 5 minutes, or last for the whole night. It’s completely random. Saying there’s a specific timeframe during the night that is best for viewing the aurora is simply wrong. It can appear anytime when it’s dark. 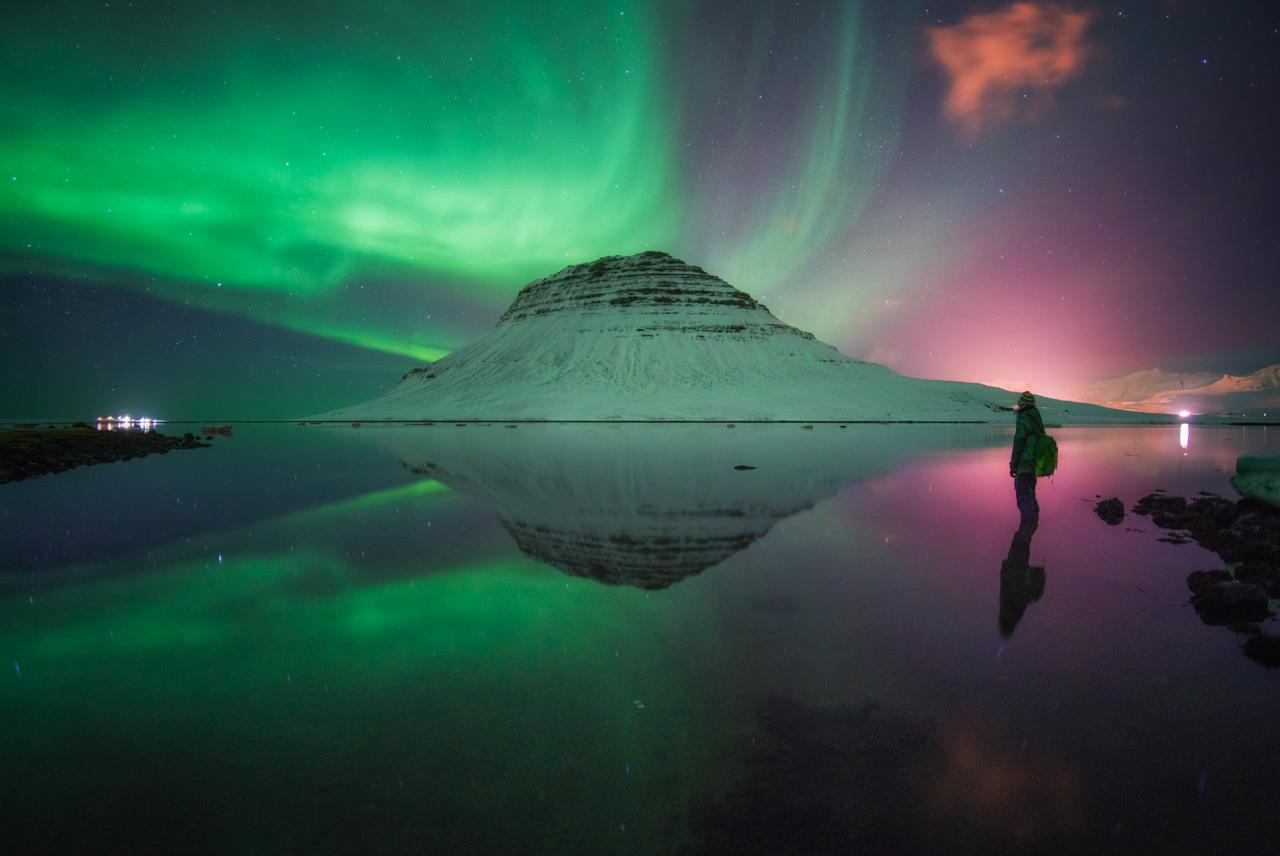 Aurora intensity varies a lot. It’s quantified with a ‘KP-number’ from 0 to 10, with 0 being nothing and 10 being the craziest aurora you will ever see in your lifetime. These numbers are just an indication. I’ve seen a nice aurora with KP1-2 and was sometimes disappointed with a KP4.

These numbers are not always accurate, but they can give you an indication of the chances of the aurora appearing in the sky. However, if you’re up north and have a clear sky: always look up! Even with KP0 there’s a chance the aurora will appear. For predictions, check this website—it’ll give you an indication of the KP value of the upcoming days.

Sometimes I see people saying “the aurora with the naked eye is nothing like you see on some of these pictures, it’s all Photoshopped.” These are usually the people who have seen a very weak aurora and then talk like they know everything about how an aurora looks on photos. Because yes, very faint auroras (band in the sky) are very vague with the naked eye, and they appear much stronger in your photos.

But a ‘real’ aurora is like seeing magic in the sky.

Seeing the curtains dance in the sky is something you really have to experience in real life, and no photo will ever do it justice. A really strong aurora can even be too bright to capture on camera because it’s moving so fast. Auroras are there with every intensity (more intense is more rare) and they’re definitely like magic seeing them in real life! 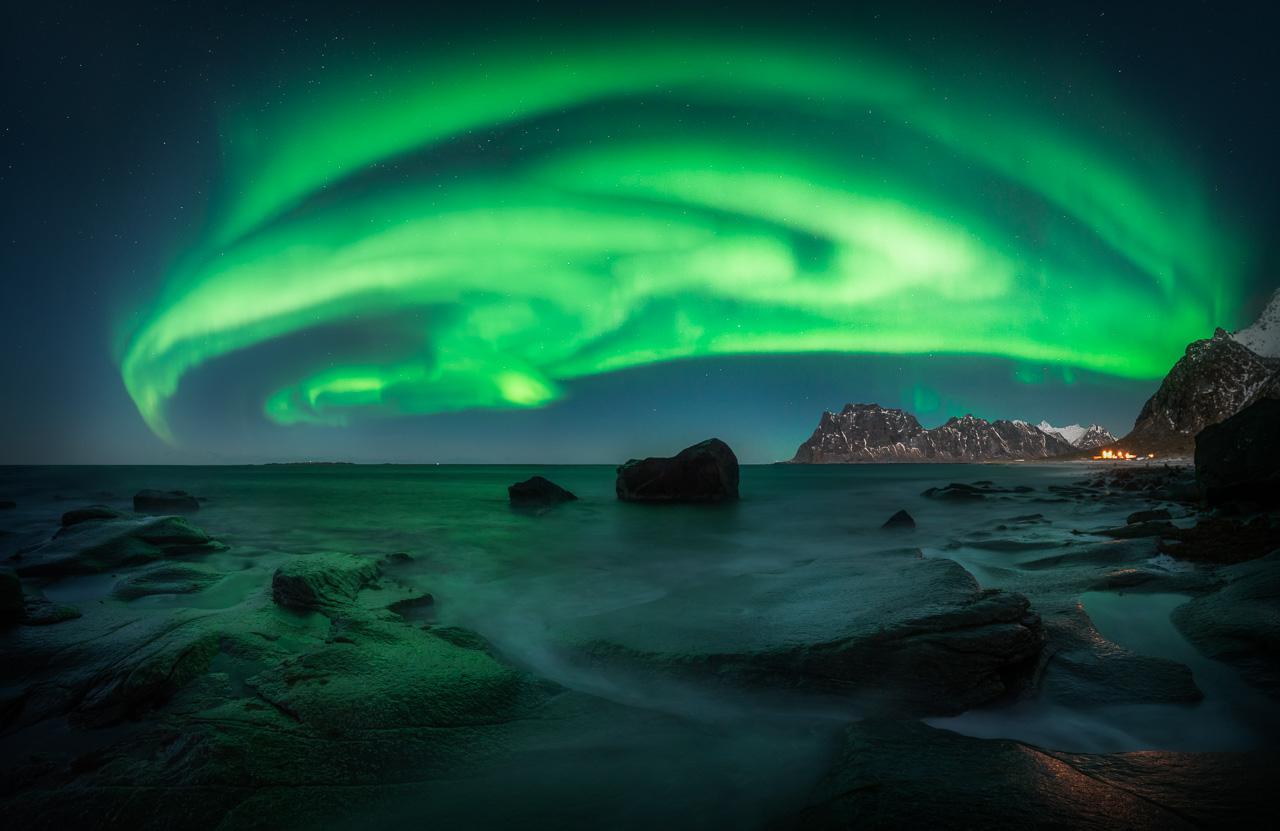 Photographing the aurora is not that difficult if you know how to photograph in the dark. Use a wide open aperture on your lens (preferably f/2.8 or faster, but if you don’t have that, just use the lowest number). Focus on a light in the distance and lock your lens to manual focus. Do test shots and make sure the stars are pin points.

Depending on the darkness of the sky (is there a moon in the sky or not?) and the intensity of the aurora, try to photograph around ISO 800-3200 with shorter and longer shutter speeds. I’m saying shorter and longer because this depends on the intensity of the aurora. If there is just a band in the sky you can easily shoot 20-30 seconds regarding exposure, but if the aurora is moving fast you want to capture much faster and with a higher ISO because you want to see the texture in the aurora. If you capture 30 seconds when the aurora is moving fast, you will just see a washed out green glow in the sky, which does not represent the aurora at that time.

So that’s it! A short guide to the aurora for this winter. Hope it was useful and happy aurora hunting!

About the author: Albert Dros is an award-winning Dutch photographer who guides a number of photo tours in the north every year. His work has been published by some of the world’s largest media channels, including TIME, The Huffington Post, The Daily Mail, and National Geographic. You can find more of his work on his website, or by following him on Facebook and Instagram. This guide was also published here, and is being republished with permission.