An Instax Camera with a Leica M Lens

Good photos have become commonplace. Smartphones have demystified camera technicalities in the past decade, and its pervasive adoption has democratized photography for mass consumers. Since the first known photograph was made in 1820, camera functions evolved significantly to compensate for human error.

Leica, a company acclaimed for its small full-frame size and unique rangefinder experience, is poised to make such offering. As Leica’s competitive edge is being matched (and sometimes surpassed) by full-frame mirrorless incumbents, there’s an opportunity to consider a new segment – premium instant photography. 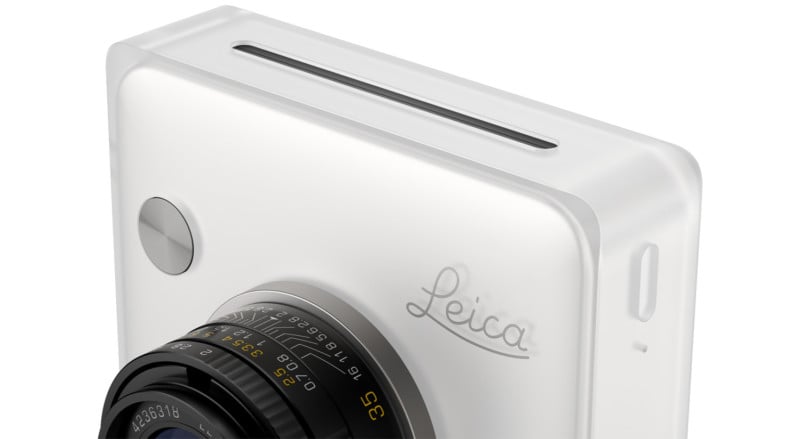 “The ultimate goal is to develop a camera that always produces the best pictures for all users without tinkering with settings,” said Junmo Kim of Samsung product planning. The Samsung S9+, for example, has variable aperture function to automatically change for sharpness or lowlight. LG’s V40 takes a different approach by improving flexibility with five lenses. Other companies, like Moment, developed attachable premium quality lens.

On the UI side, OS and apps have built-in AI to enhance focus and lighting conditions. AR capabilities add filters and effortless post-processing. The trend for higher quality pictures without fussing with technical settings will continue to inch closer to conventional cameras.

Camera makers are evolving to keep up with smartphone’s compactness and ease-of-use. Leica, known for its rangefinder manual focus system, have introduced autofocus lens and touchscreen-oriented cameras. UIs have become simpler and more fluid. While cameras are superior to smartphones with their larger sensors and lenses, it won’t be long before smartphones’ quality catch up. Conventional cameras shouldn’t only pursue precision and simplicity. They should also refocus on the slow and thoughtful experience of analog photography.

There’s a thriving movement which celebrates artistic approach instead of precision. It’s a growing preference for documenting raw realism over chasing idealized image. No filters nor post-processing. It’s decision for a conscious process of making an image. Indeed, analog photography has surged in recent years. Particularly, as consumers are primed for instant gratification, instant films are the perfect manifestation of objects of the moment. Instant photography meets millennials’ desire to give and share.

In late 2016, Leica introduced their first instant camera, the Sofort. However, it failed to capture the Leica spirit. 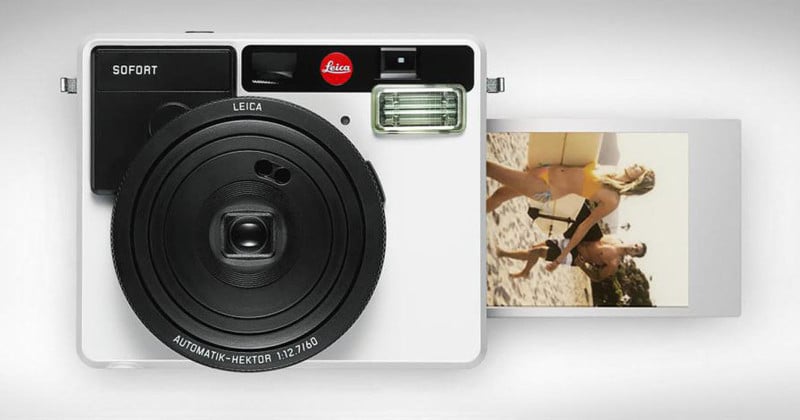 Sofort is a $300 camera based on a $150 Fuji Instax Mini 90, and it even takes the same Instax film. But, Leica says they’ve re-engineered the aperture system, lens, and flash, resulting in a more superior product. Leica enthusiast could argue its design is more refined and timeless than its Fujifilm counterpart, but it’s far from being crowned the ‘Leica of instant cameras’.

Traditionally, Leica lens and cameras are highly treasured collectibles. Their manual lenses produce a recognizable “Leica look” –Notilux lenses continue to increase their resell value. Leica camera bodies are prized for their build quality, though they don’t have the highest specs. Their entry-level TL camera bodies, each hand polished for 40 minutes, became a minimalist icon. On the contrary, Leica Sofort’s plastic body and fixed lens feel like an unjustifiably expensive rebadge.

It’s crucial to note the allure of instant films is its artistic and spontaneous outcomes, but it comes with a steep price. As each Instax photo costs between $0.70 – $1, it’s not a medium for trigger-happy nor cost-sensitive photographers. So, it’s logical to imagine a premium instant camera appealing to Leica enthusiasts. The Leica Instant M concept would be based on Fuji Instax SQ10. It takes advantage of a hybrid digital and analog system to reduce its flange focal length, effectively allows the camera to mount full-frame lens for the first time. This camera would be an interchangeable lens system which relies on lenses the photographers already own. It’d be an instant camera true to Leica spirit.

A Leica Experience for Instant Photography

Instant M is stripped of digital adjustments and post-processing. Analog controls like aperture and focus are done on the manual lens. The camera is simply a digital viewfinder with instant film capabilities. Its translucent body is designed to appear ephemeral, giving emphasis to the lens and rear display. True to Leica’s viewfinder spirit, the display has a 1:1 ratio to the film, achieving “what you see is what you get.”

An Heirloom Camera for Enthusiasts

Instant M is designed with premium in mind. The camera is made of a single piece of a translucent polycarbonate shell with a stamped inner frame. A curved glass rear angles the display for optimum viewing and provides thumb grip. Swappable neck strap and hand strap is integrated into the sides. Its “solid-state” aesthetic gives it timeless appeal, aspiring to compliment the legendary Leica M.

Interchangeable-lens instant cameras have been available commercially and in the hobbyist circle, but they only mount custom or medium format lens. Flange focal length limitation may be the reason there haven’t been cameras for APS-C or full frame lens. But, the hybrid system on the SQ10 and SQ20 eliminates this barrier. So, I begin the process by creating a working prototype to mount a Leica M lens. Then, I designed a new Instant M concept. 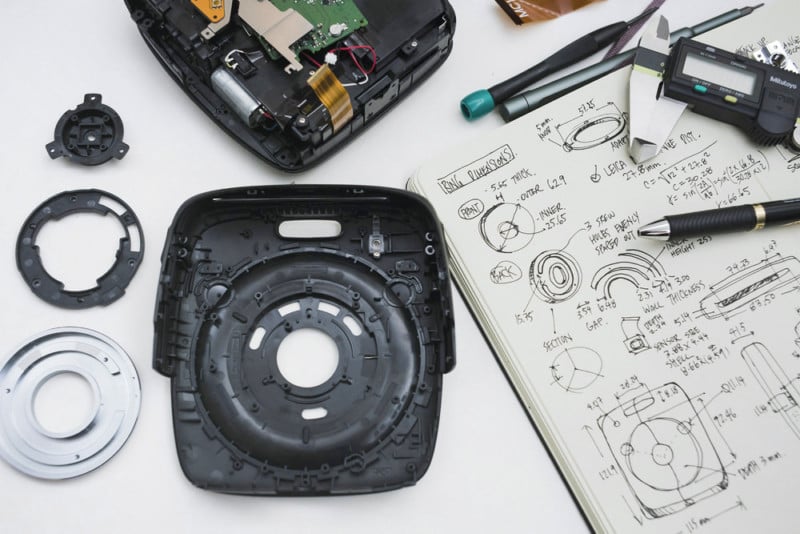 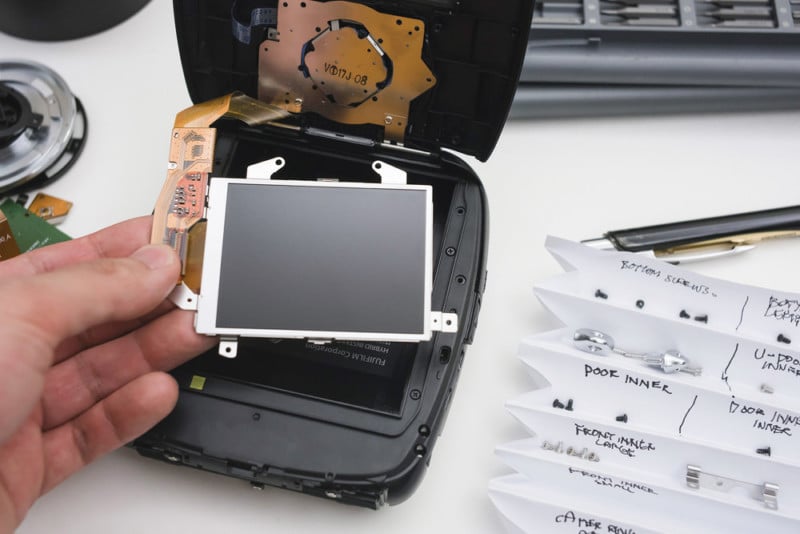 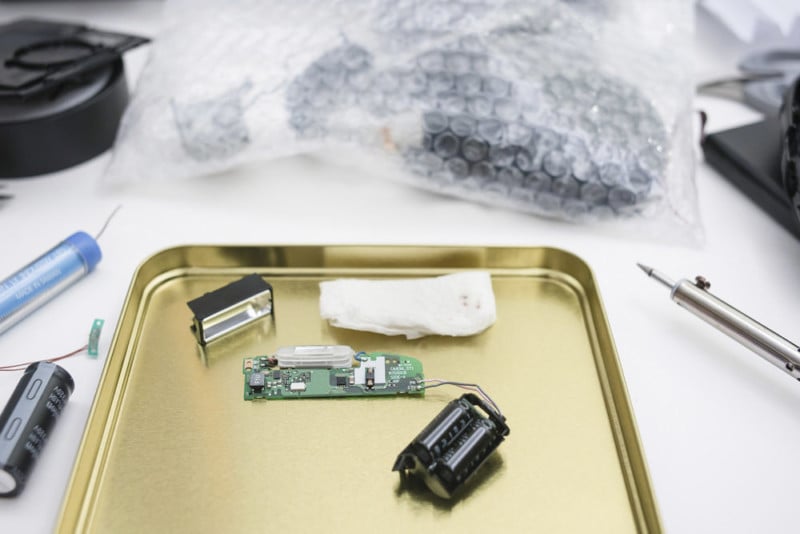 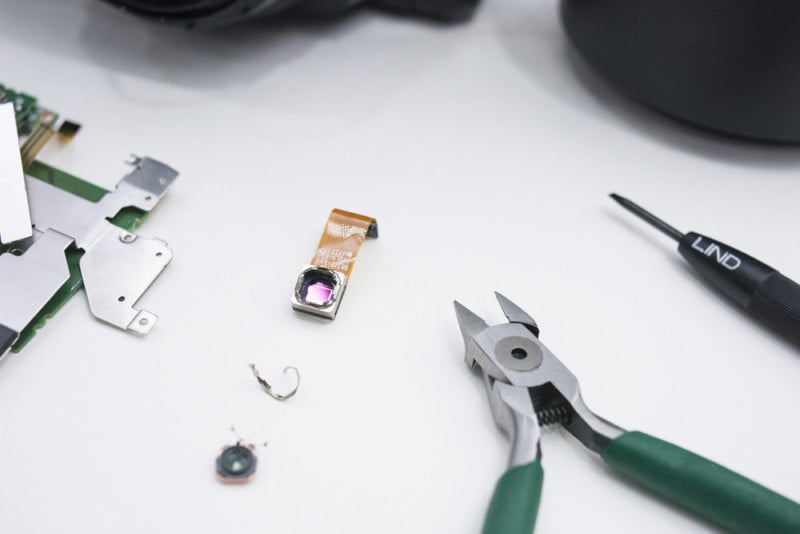 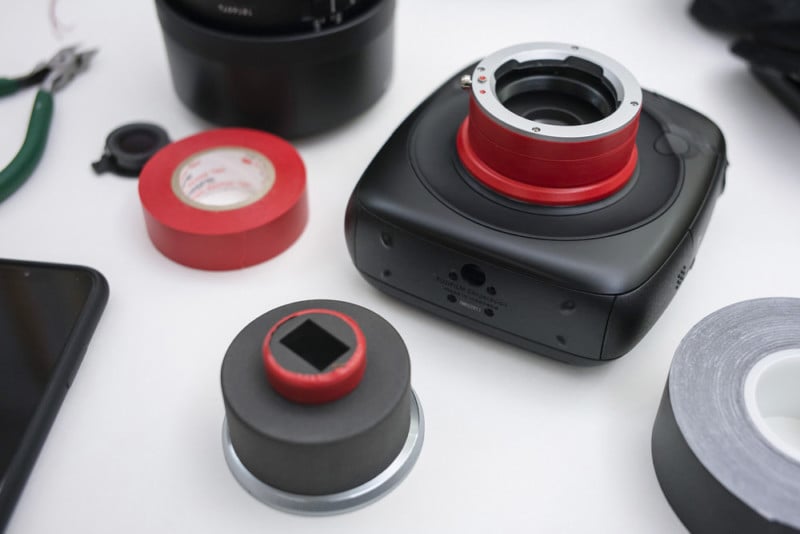 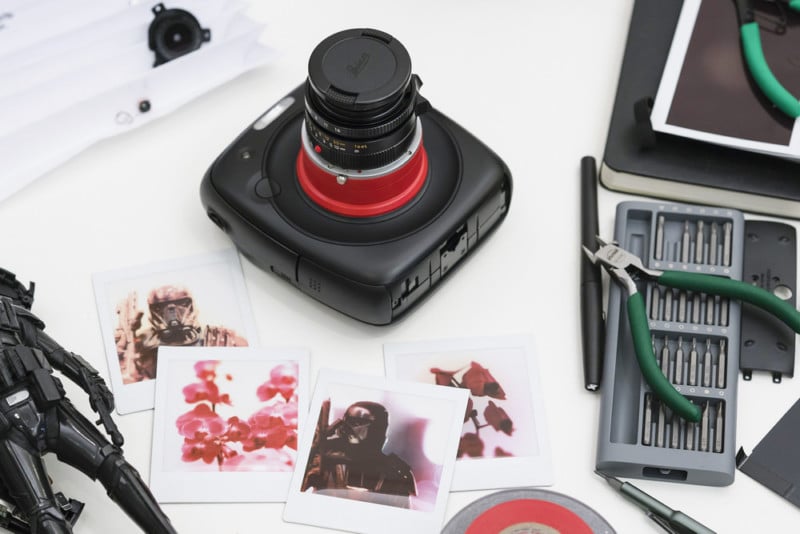 Here are some sample shots from working prototype with Leica Summicron-M 35mm lens:

About the author: Daniel Huang is a senior designer at IDEO. The opinions expressed in this article are solely those of the author. You can find more of his work on his website. This article was also published here.

Previous From Lighting Test to Album Cover: The Tale of a Photo in the Social Media Age
Next TourBox is Like a Gaming Controller for Photoshop and Lightroom Editing