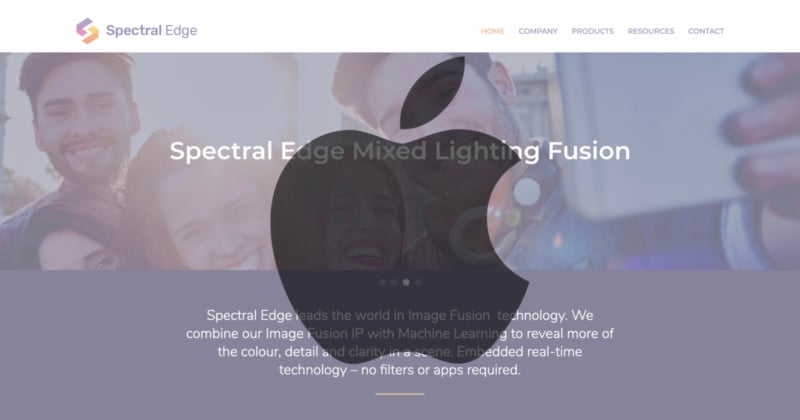 Apple has quietly acquired a UK-based imaging start-up whose technology could lead to a huge boost in iPhone camera performance. The company, called Spectral Edge, pioneered an “image fusion” technology that uses infrared photos and machine learning to produce photos with more “colour, detail and clarity.”

According to Bloomberg, filings discovered in the UK show that Apple has taken over the company, installing corporate lawyer Peter Denwood as Spectral Edge’s director and “terminating” the rest of the company’s advisers and board members. The website for Spectral Edge has also gone blank, though you can find it archived using the Wayback Machine.

While we can’t know for sure why Apple purchased the company, the most likely assumption is that Apple would like to integrate the start up’s image fusion technology into its own Deep Fusion algorithms. According to the information still available through cache, the tech was initially developed for enhancing security camera footage captured in “very low or mixed lighting conditions.”

“SE Fusion achieves this, not by injecting ‘false’ color into greyscale infrared (IR) images in low light, but by intelligently-balancing visible RGB (Red Green Blue) and invisible IR light to deliver high resolution, color accurate images more reliably than any other technologies currently available in the surveillance market,” reads a white paper published by the company. “It’s the only technology on the market today that can engineer RGB and IR light fusion without introducing pixelation, artefacts or additional noise – all in real time up to 60fps @4K.” 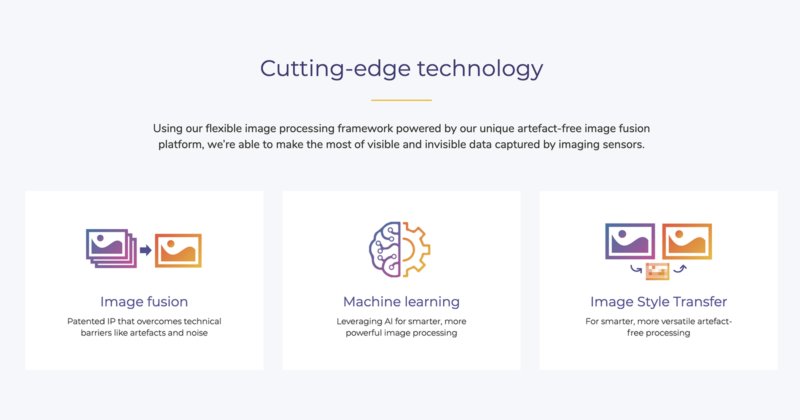 It doesn’t take a major intellectual leap to posit how this could raise Apple’s already-impressive Night Mode and Deep Fusion photos to new heights, producing even more natural looking results when dealing with extremely low or challenging lighting situations.

Consider our fingers and toes crossed.

(via Cult of Mac)