Apple and Blackmagic have teamed up to design and launch a new external graphics processor (GPU) called the Blackmagic eGPU that brings “desktop-class performance” to the MacBook Pro (which was just updated).

The Blackmagic eGPU connects via Thunderbolt 3 (there are two ports) and features a built-in Radeon Pro 580, HDMI 2.0, 85W of charging power (works with 100V-240V for use around the world), and 4 USB 3.1 connections. The eGPU is the first to support Thunderbolt 3 displays. 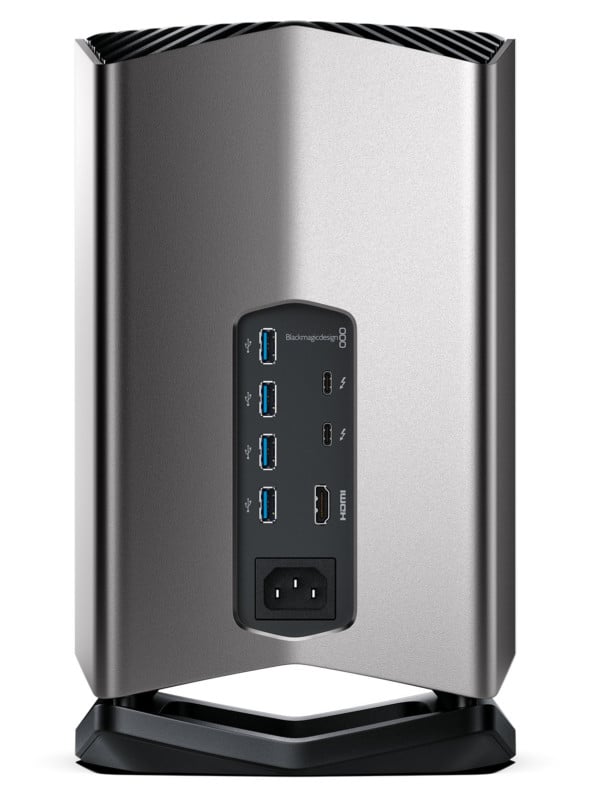 The large numbers of ports allow the Blackmagic eGPU to go beyond its core purposes of graphics and computational acceleration and be used as a docking hub for connecting devices as well — things like mice, keyboards, monitors, TVs, storage, and more. 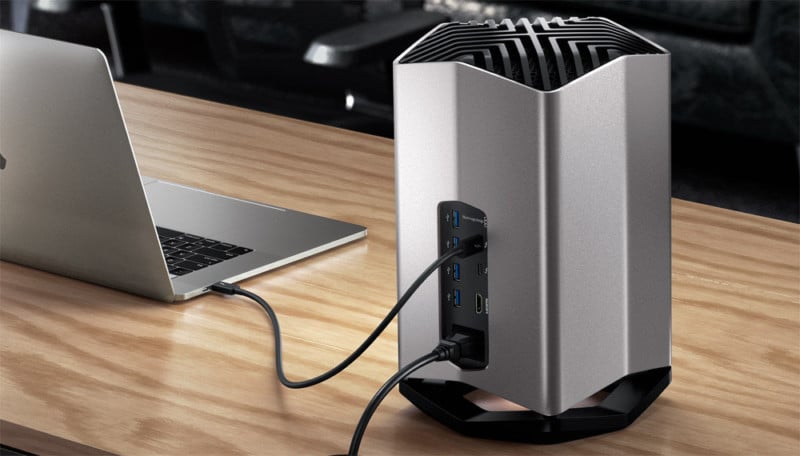 “Designed to address the needs of professional video editors, Hollywood colorists and visual effects artists who need to remain mobile, but want the power of a desktop class GPU added to their MacBook Pro, the Blackmagic eGPU is incredibly flexible and simply plugs in via Thunderbolt 3, so users can benefit from improved graphics performance and acceleration of computational tasks,” Blackmagic says. “It’s perfect for speeding up professional creative application workflows including editing, color correction and visual effects with DaVinci Resolve.” 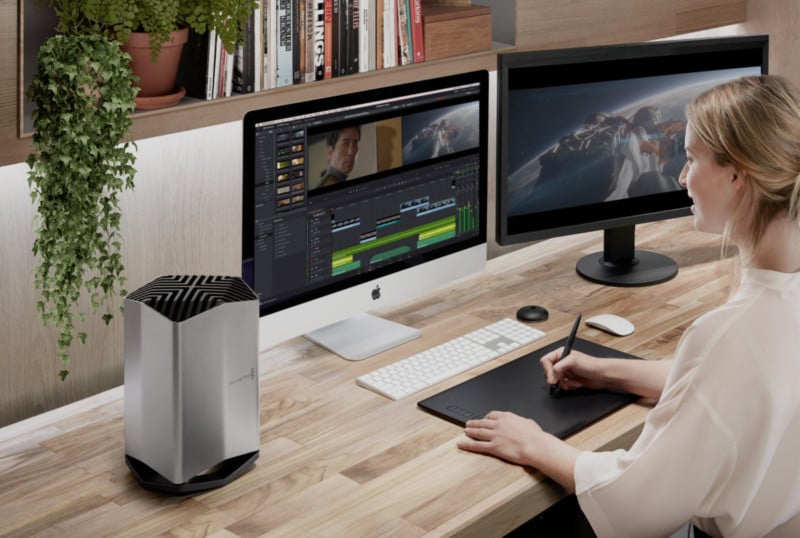 On the outside, the Blackmagic eGPU fits in with Apple’s design aesthetic: it’s extruded from a single piece of aluminum and uses a special cooling system that provides quiet operation (as low as 18dB). 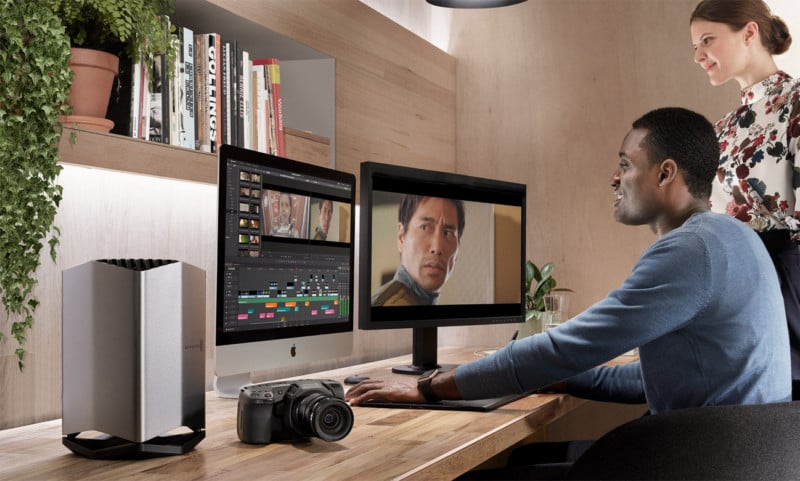 “The Blackmagic eGPU features a Radeon Pro 580 graphics processor that delivers stunning graphics and incredible computational performance,” Blackmagic says. “You get 8GB of GDDR5 RAM, 256-bit memory bandwidth and 36 discreet compute units for up to 5.5 teraflops of processing power. The Radeon Pro 580 can fill a massive 38.4 billion textured pixels per second!” 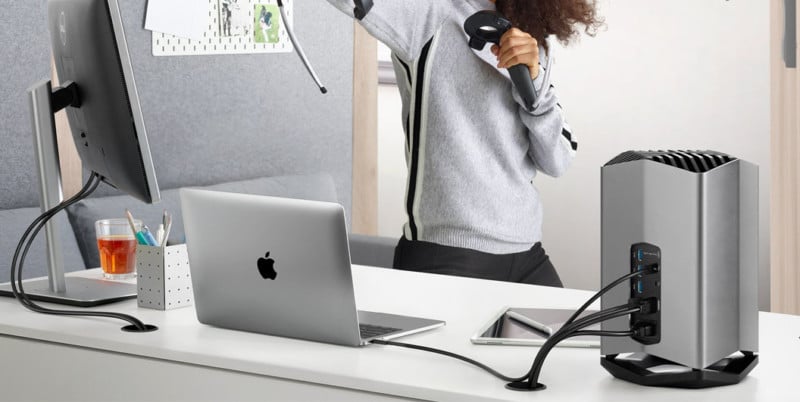 The Blackmagic eGPU is now available exclusively from the Apple website and Apple stores for $699.