Apple Pro Display XDR is the Largest Retina Screen Ever: 32″ 6K for $5K

Apple has unveiled the new Pro Display XDF. Measuring 32 inches and boasting 6K resolution, the screen is the largest Retina display ever made. 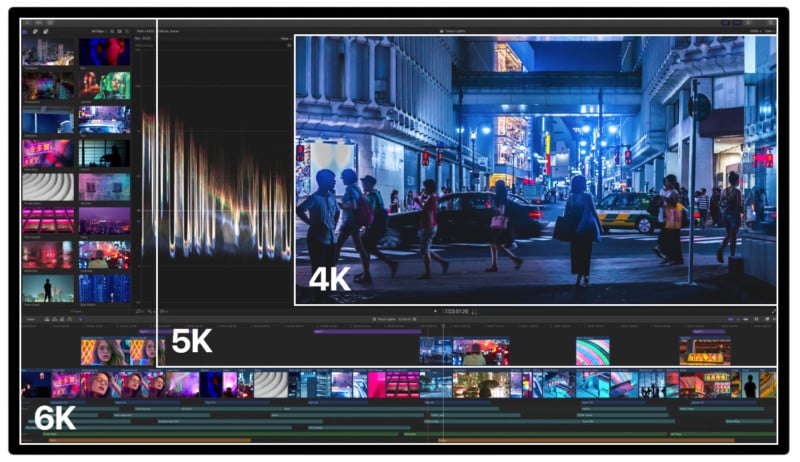 Photographers and photo editors will enjoy a “true-to-life” viewing experience thanks to the P3 wide color gamut and true 10-bit color that shows over 1 billion colors. 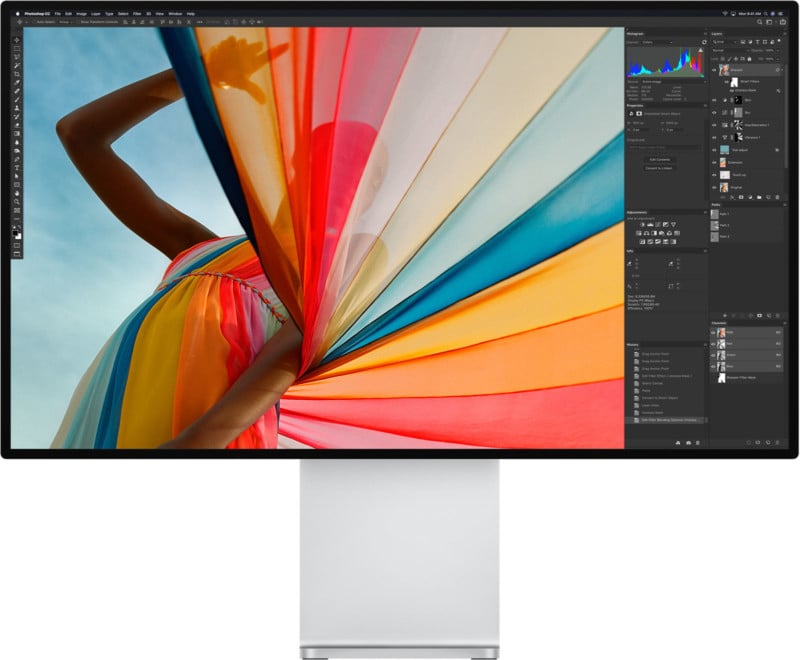 On the front of the display is what Apple claims is “the industry’s best polarizer technology,” which provides a superwide, color-accurate, off-axis viewing angle that allows multiple people to view photos and content accurately at the same time. There’s also an anti-reflective coating and a “nano-texture” matte option that uses nanometer glass etching for reduced reflectivity and glare. With a large array of LEDs in a direct backlighting system, the Pro Display XDF produces 1,000 nits of full-screen brightness and 1,600 nits of peak brightness.

“With an advanced thermal system that uses its aluminum lattice pattern as a heat sink, Pro Display XDR can sustain 1,000 nits of full-screen brightness indefinitely, something that has never been possible before on a display at this price point,” Apple says. 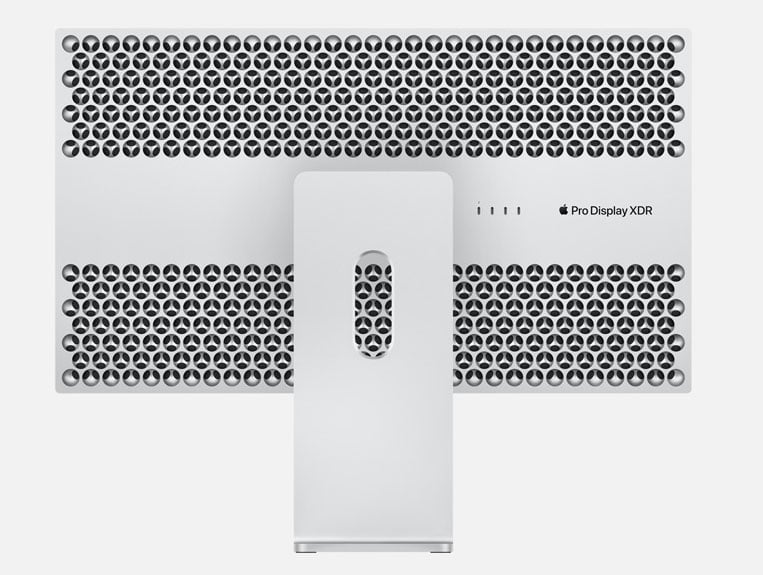 The 1,000,000:1 contrast ratio provides super bright specular highlights, super dark blacks, and a superb level of detail in between the two extremes.

Design-wise, the Pro Display XDR has edge-to-edge glass and thin 9-millimeter borders at the edges of the aluminum enclosure. Apple has also created an optional Pro Stand for holding the display up. The stand attaches and detaches at a moment’s notice so that the display can be moved around easily. 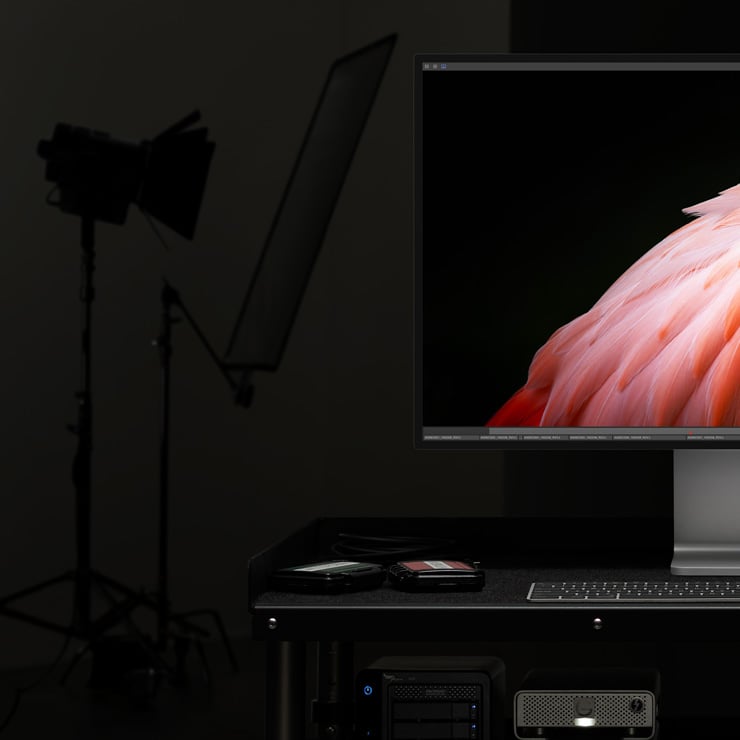 “The Pro Stand has an intricately engineered arm that perfectly counterbalances the display so it feels virtually weightless, allowing users to easily place it into position,” Apple says. “The Pro Stand provides both tilt and height adjustment, and also allows Pro Display XDR to rotate into portrait mode, perfect for tasks like retouching photos, designing a web page or writing code.” 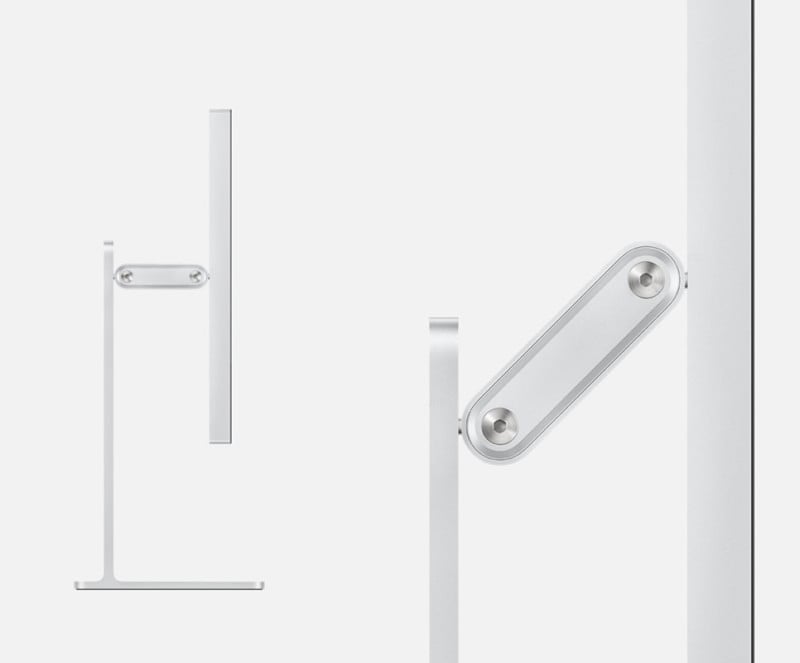 Connecting to workstations with a single Thunderbolt 3 cable, up to 6 Pro Display XDRs can be used on the new Mac Pro for a whopping 120 million total pixels.

The Pro Display XDR is designed to be an ultimate editing display for photographers and other creatives, and for that, you’ll pay a pretty penny: the display itself starts at $4,999 without the special stand — the Pro Stand costs $999 by itself. There’s also a VESA Mount Adapter for $199. The Pro Display XDR will be available to order starting in the fall of 2019.