Apple has officially unveiled the latest iPad Pro models, adding in some highly requested features like trackpad support, an even more powerful processor, and an advanced camera module complete with a LiDAR depth sensor.

Over the past few years, more and more photographers have started to seriously consider using the iPad Pro as their main, on-the-go editing solution. The hangups are two-fold: missing features in iPad OS, and missing app support and features from Adobe.

Adobe has been making strides lately with the rapidly evolving Photoshop for iPad, and with this release, Apple has helped to close the gap between the functionality of an iPad and that of a true-blue laptop. 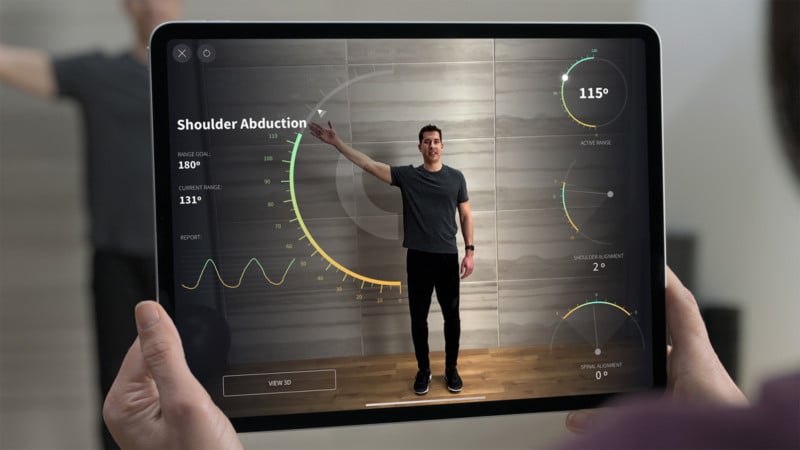 The big hardware jump for the iPad Pro comes in the form of a new camera system that includes two cameras and one sensor or “scanner”: a 12MP wide-angle camera, a 10MP ultra-wide angle camera, and a LiDAR scanner to gather depth data “at the photon level.”

The LiDAR scanner can precisely measure the distance of objects up to 16.4 feet (5 meters) away, and will mostly be used for AR applications like projecting furniture into an empty room, or cool features like the new Measure app, which will allow you to project graphics onto a person (see above). 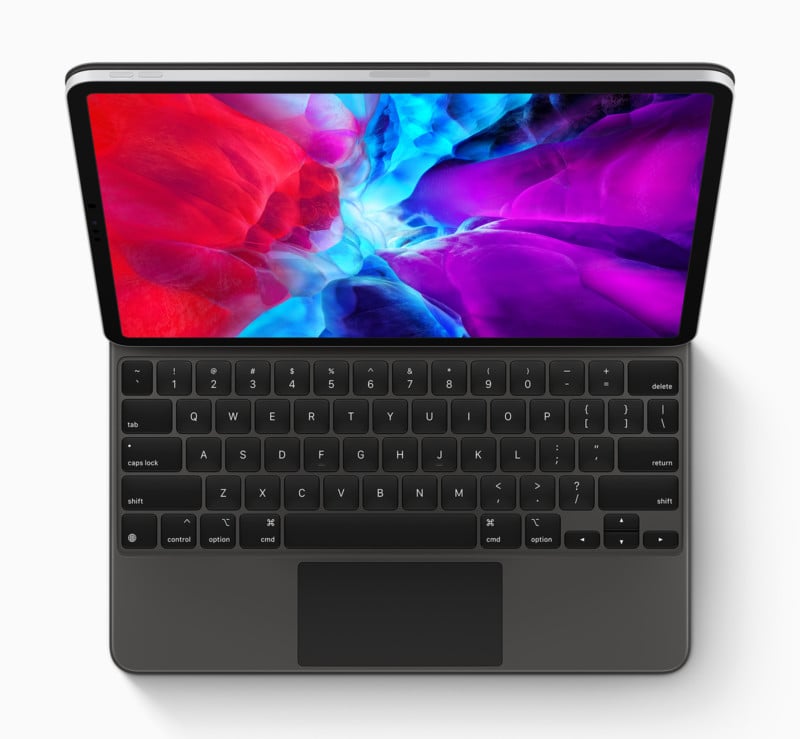 The other major change is the addition of trackpad (and mouse) support, which has been “reimagined” for iPad OS, and will work with any compatible bluetooth or USB trackpad/mouse you happen to have lying around.

“Designed specifically for the touch-first experience on iPad, the cursor appears as a circle that highlights user interface elements, text fields and apps on the Home screen and Dock, giving a clear indication of what users can click on,” explains Apple. “Trackpad support in iPadOS is designed to work great with the apps customers use every day […] Most third-party apps work with no change at all, and developers can go even further with new APIs that let them deliver unique experiences in their apps.”

This feature won’t be limited to the new iPad Pros. Support for older iPad models is coming in a software update next week; this includes: all iPad Pro models, iPad Air 2 and later, iPad 5th generation and later, and iPad mini 4 and later. 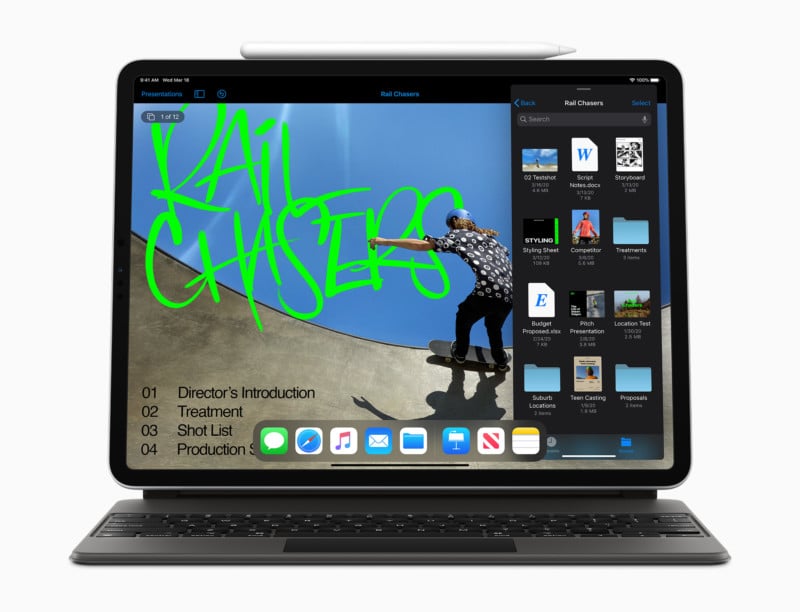 Other notable updates include the new A12Z Bionic processor—which is reportedly capable of “editing 4K video or designing 3D models”—the addition of five “studio-quality” microphones for recording high-quality audio on-the-go, and a new Magic Keyboard (sold separately) that features a floating design, backlit keys, and (of course) a trackpad.

The new iPad Pro is available to order starting today, and should begin shipping next week. You can pick it up in 11-inch and 12.9-inch configurations, with up to 1TB of storage and options for cellular capability. Prices start at $800 for the 11-inch base model (WiFi only, 128GB), and go all the way up to $1,650 for the fully-specced 12.9-inch version (WiFi + Cellular, 1TB of storage).

To learn more about any of these products—or if you want to configure/order your new iPad Pro today—head over to Apple.com.