Blackmagic is shaking up the cinema camera industry once again with the new Blackmagic Pocket Cinema Camera 6K. Sold alongside the 4K version, the BMPCC 6K features a larger Super 35mm 6K HDR image sensor and uses the Canon EF mount, opening up a huge number of stills and cinema lens options for BMPCC users.

The newly released Canon EF-mount cinema camera boasts a 6144 x 3456 Super 35mm HDR image sensor, which translates into just over 21MP of usable resolution. Paired with dual native ISO of up to 25,600, Blackmagic claims the BMPCC 6K and 4K can both deliver 13 stops of dynamic range.

It also boasts a built in CFast and SD UHS-II card recorders, a USB Type-C expansion port for recording to external media, a full size HDMI port, a mini XLR connection with 48 volt phantom power, a 3.5mm mic jack, headphone jack, and a massive 5-inch touchscreen on the back with built-in overlays for histogram, focus and peaking indicators, levels, frame guides, playback controls and more. Make no mistake, this is a filmmaking tool—stills photographers need not apply.

Here’s a closer look at this incredible little camera: 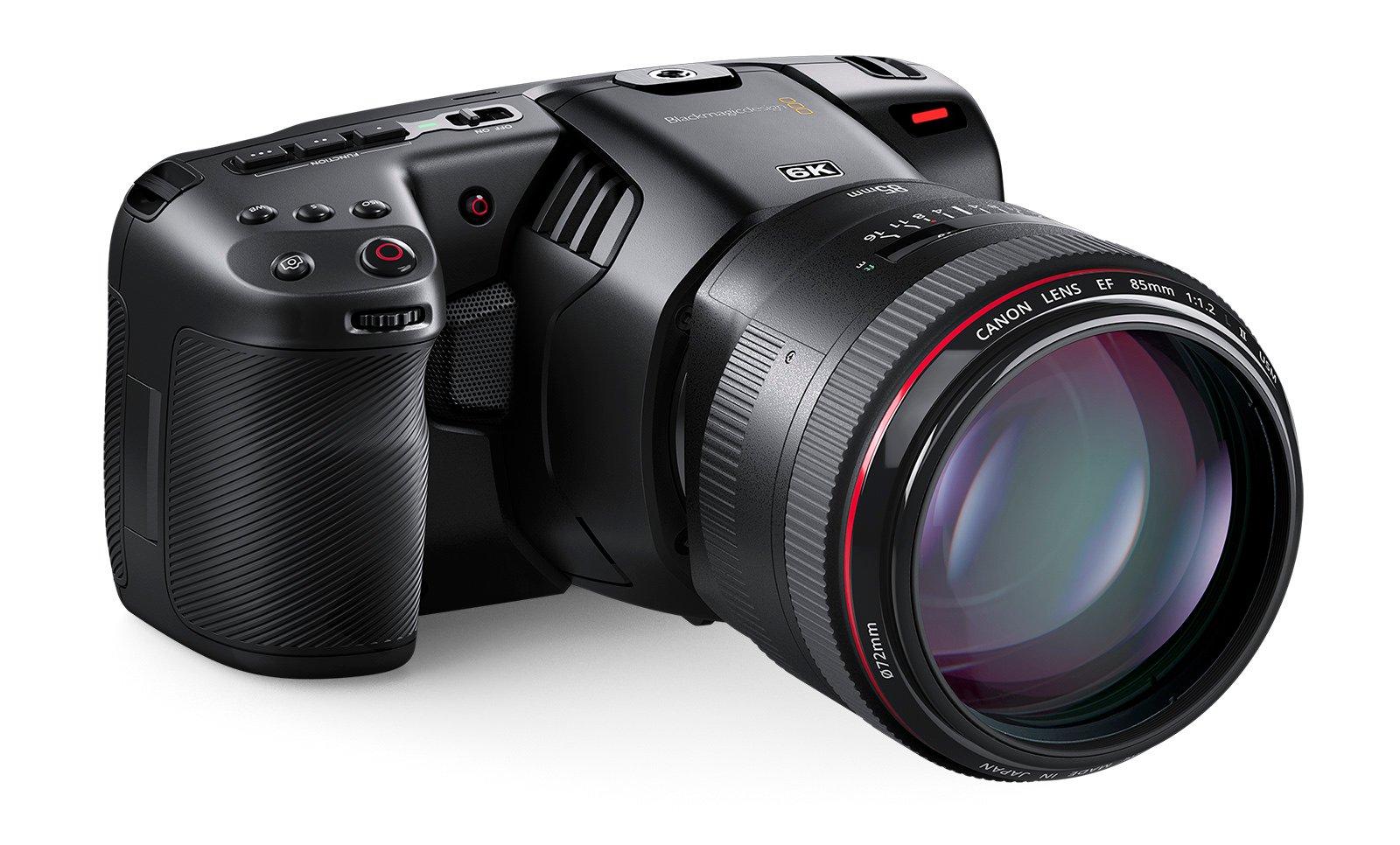 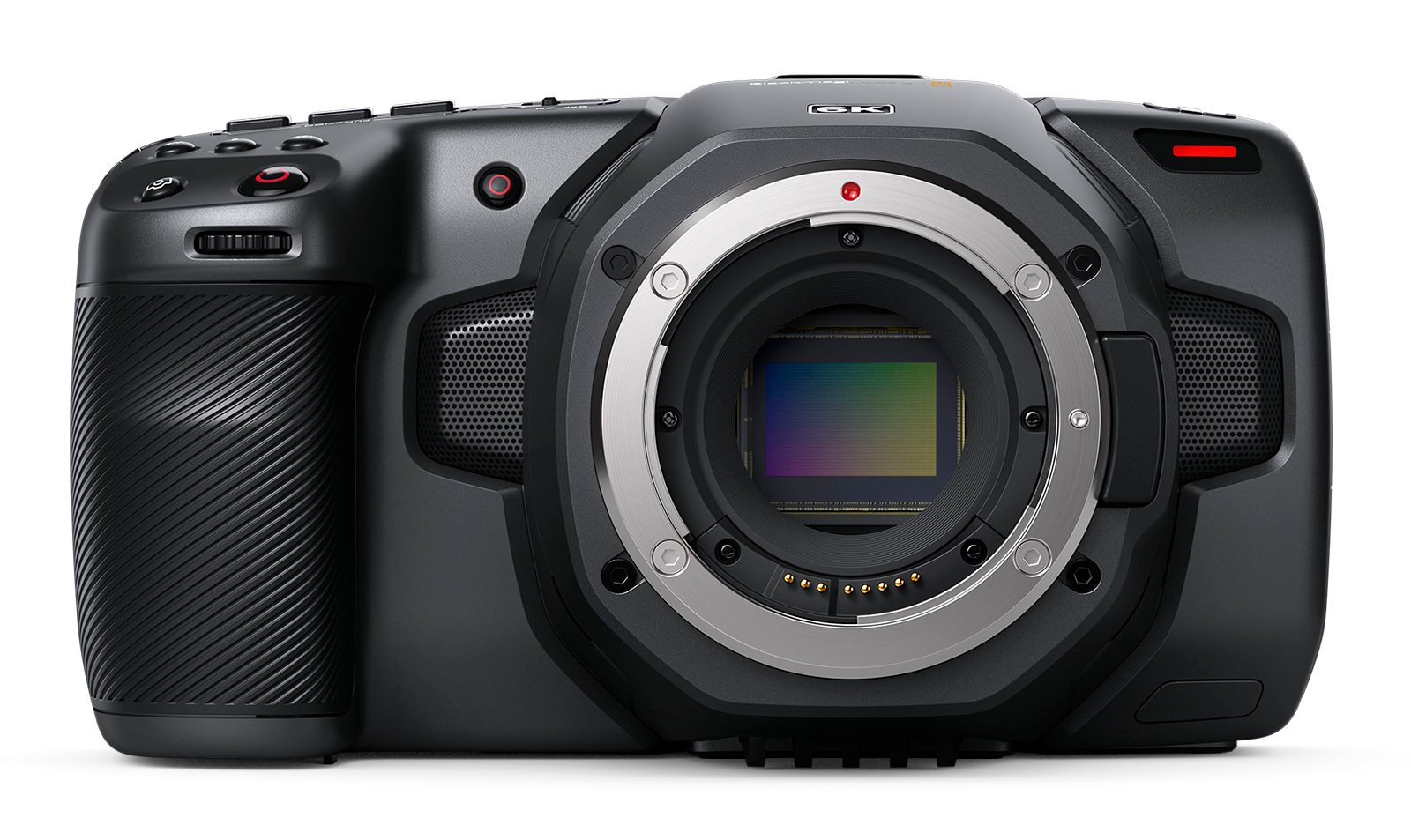 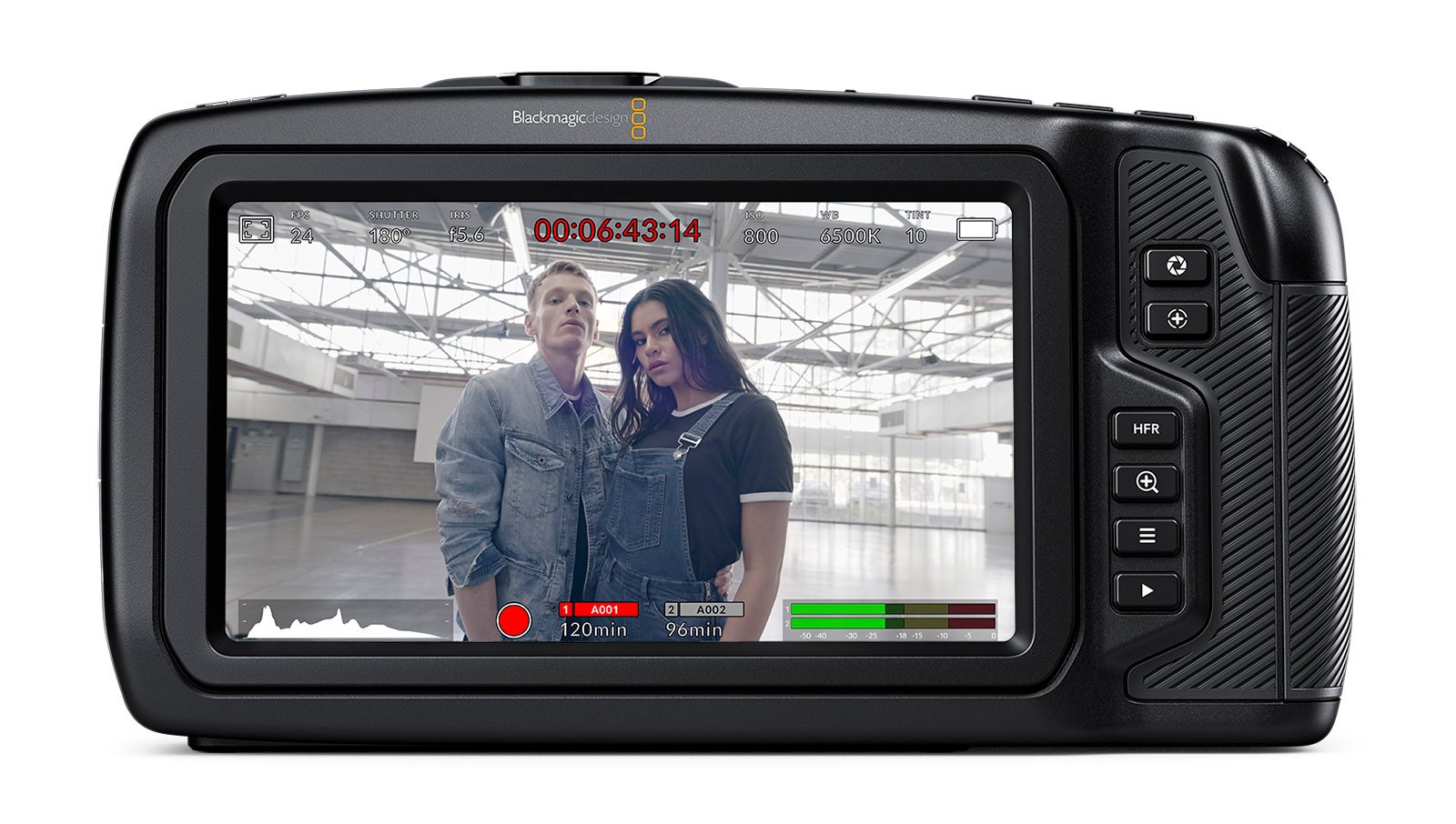 The “pocket” in the Blackmagic Pocket Cinema Camera is a bit of a misnomer ever since the second generation BMPCC 4K came out, and the BMPCC 6K is even larger to account for the larger Super 35mm sensor. That said, this little camera might be a game-changer that will tempt many a video shooter away from hybrid systems like the Nikon Z6, Canon EOS-R, or Sony’s rumored a7S III that have been winning them over from Micro Four Thirds systems in recent years.

To learn more about this disruptive 6K cinema camera, head over to the Blackmagic Design website or pick yours up today for $2,500. It seems Blackmagic plans to continue selling the BMPCC 4K as well, giving filmmakers a choice between formats and price points, so you can still pick up the 4K version for $1,300 if that’s more your speed.