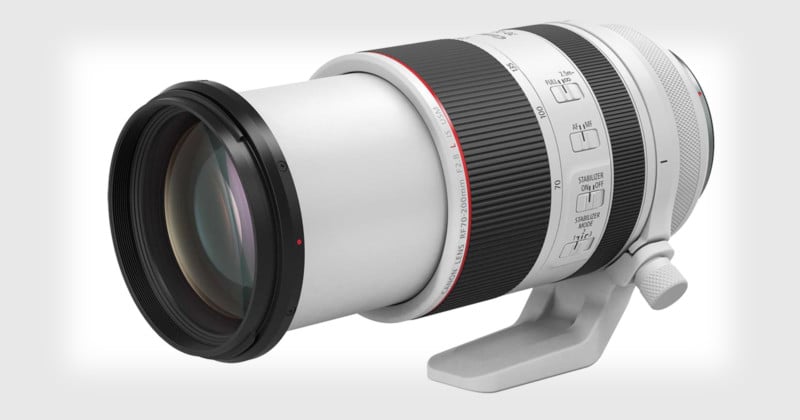 Canon has officially confirmed that the new RF 70-200mm f/2.8L IS USM lens does, indeed, have a front-focusing issue at minimum focus distance, and revealed that a firmware fix will be released as soon as possible.

In a statement provided to PetaPixel, a Canon representative confirmed the issue, which first appeared on the Fred Miranda and DPReview forums.

Canon has become aware of this phenomenon, which occurs when focusing on a close subject at 200mm, and is preparing a firmware update that will be released as quickly as possible.

As the statement describes, the problem happens at the far end of the zoom range. Users were finding that the new lens would focus between 2 and 3mm off the confirmed focus point when shooting between the 100mm and 200mm focal lengths and near the minimum focus distance.

When we initially reported on the issue, Canon declined to comment as they were still investigating the issue. As of this afternoon, the company has confirmed the focusing issue and promises to release a firmware fix “as quickly as possible.” Keep an eye on the Canon support website, where we expect a version 1.0.6 to drop in short order.

The current firmware as of this writing (Version 1.0.5), which was released on December 5th, does not address this issue.