Canon is apparently hard at work developing some never-before-seen lenses. A newly published patent shows that the camera company has at least toyed with the idea of a crazy 50-80mm f/1.1 lens.

Canon has offered an f/1.0 lens before in the rare 50mm f/1.0, but offering a fixed f/1.1 aperture on a zoom lens of this type would be unprecedented.

Here’s the internal design — check out the very large number of lens elements — and details found in the patent: 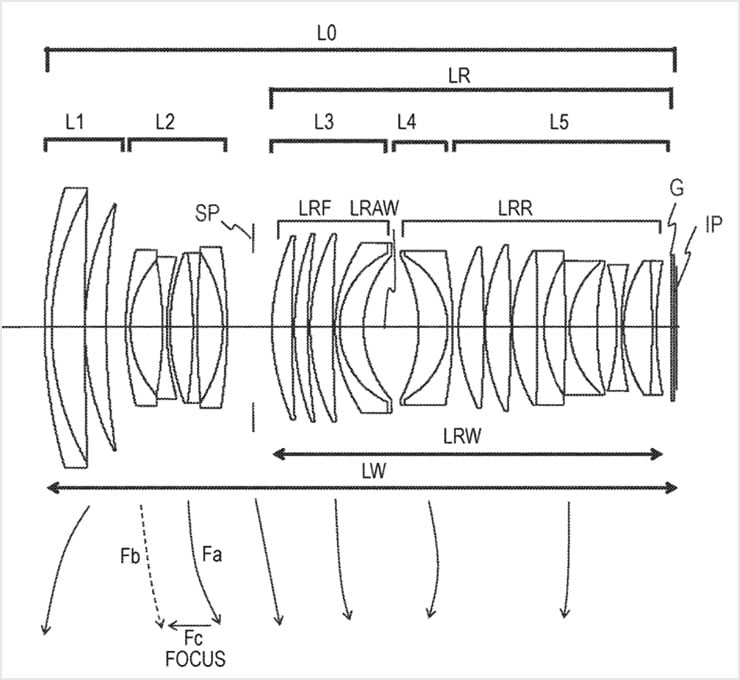 “We’ve been told that some ‘crazy’ lenses were coming to the RF mount, and here’s a patent […] that fits the bill,” Canon Rumors writes. “We expect some new lens designs to be announced in the first half of 2020.”

Patents often show wild and ridiculous product designs that never end up seeing the light of day, so there’s no guarantee this 50-80mm f/1.1 will ever be anything more than an internal idea, but it’s interesting to see Canon exploring new frontiers of what’s possible in optics (and perhaps a hint of things the future might have in store).