Canon has announced the new EOS Rebel SL3 DSLR, called the 250D in some regions on the world. It’s a successor to the entry-level SL2 from 2017 and is described by Canon as a body that’s “light in weight, heavy in features.” 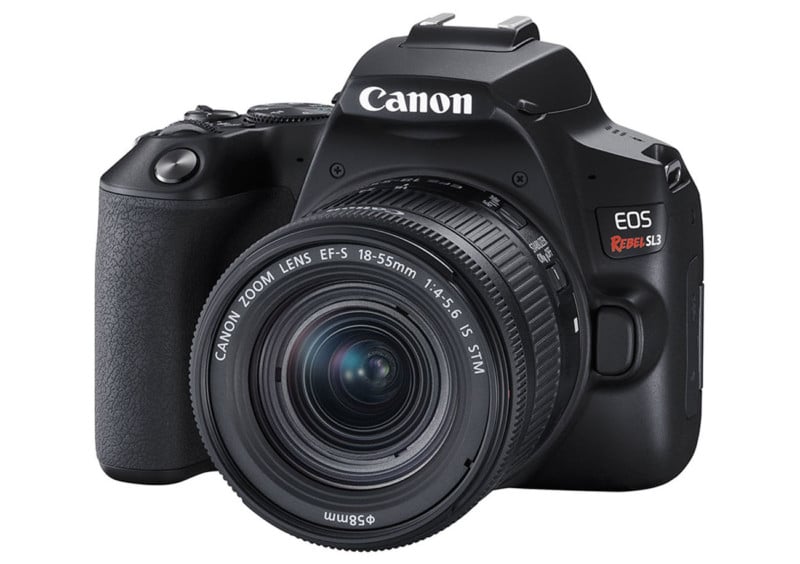 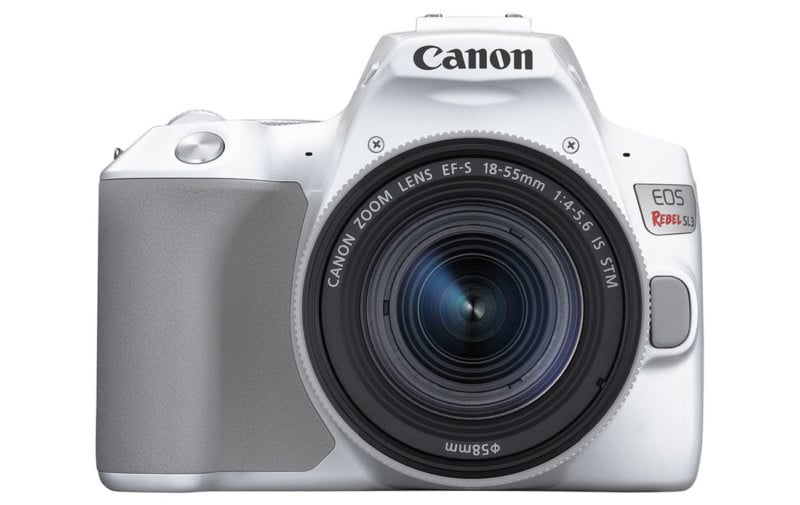 Inside the camera is a 24.1-megapixel APS-C CMOS sensor backed by Canon’s DIGIC 8 image processor. It has an ISO range of 100 to 25600 and a continuous shooting speed of 5 frames per second.

In addition to 9 phase-detection autofocus points and the inclusion of Spot AF for focusing on a precise area, the SL3 is the first EOS DSLR to feature Dual Pixel CMOS AF with Eye Detection AF during Live View shooting. 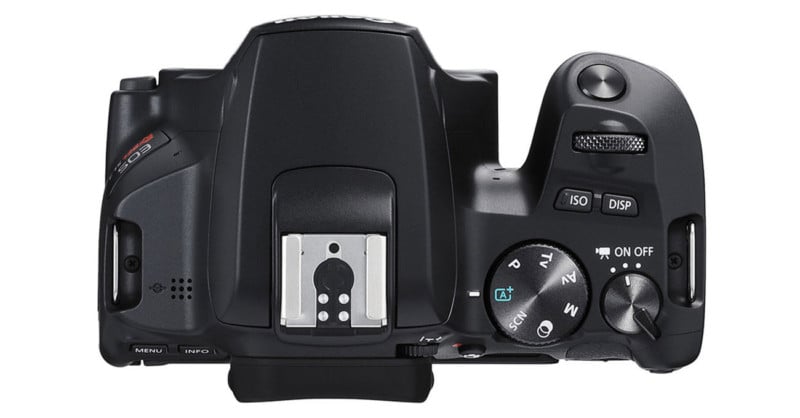 The camera is the first EOS Rebel camera to offer 4K video, up from 1080p in the SL2. But before you get too excited about that, you should know that there’s a huge crop involved.

“The bad news is that, like the EOS M50 with which it shares so much, the SL3 has an enormous 2.64x crop, relative to full frame, so the wide end of your 18-55mm is equivalent to 47mm in full-frame terms,” DPReview points out. “In addition, Dual Pixel AF is not available in movie mode, leaving you with regular contrast detection.”

On the back of the SL3 is a 3-inch 1.04-million-dot vari-angle LCD touchscreen. 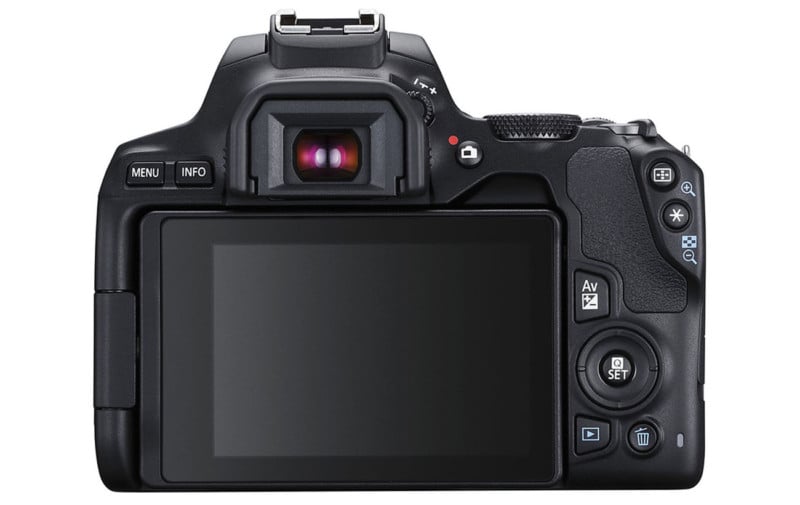 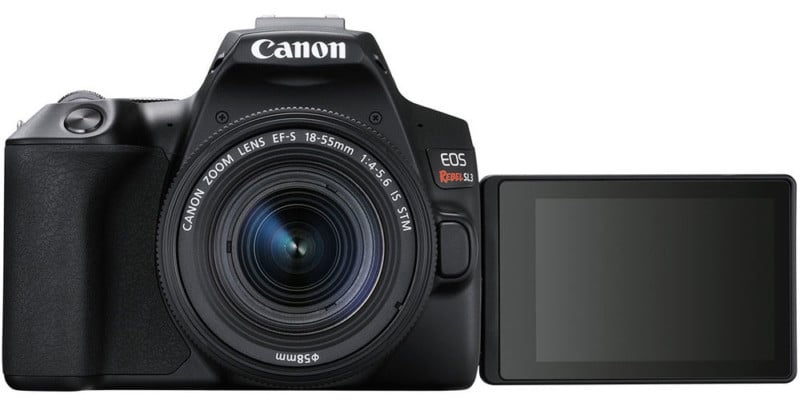 On the top of the camera is a pop-up flash. 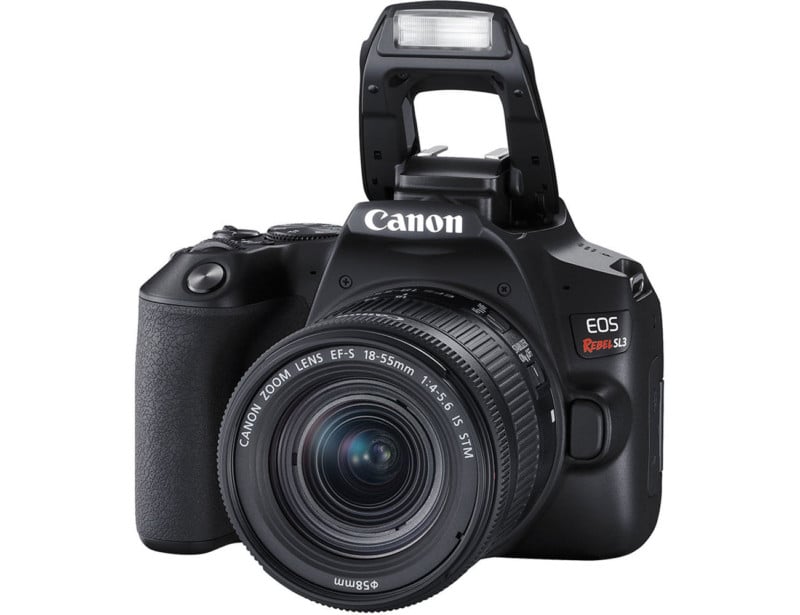 Previous This is the World’s First Photo of a Black Hole
Next Are You Sharpening Your Photos Enough?