Less than two weeks after officially shutting down its last cloud platform, Canon is launching another. So say goodbye to Irista, and hello to image.canon: a new “camera cloud platform” that’s less about storage and more about keeping your camera in sync with PCs, smartphones, and other Web services.

The launch of image.canon was buried in the landslide of Canon news from last night—a new lens, a new DSLR, a portable photo printer, and the DA for the highly anticipated EOS R5—so you could say it flew under the radar.

image.canon is being billed as a “hub for users’ content” that will “allow the transfer of image files from connected compatible PCs, smartphones and external web services.” Essentially, it’s a Canon-branded syncing platform that can be used by professionals, enthusiasts, and amateurs alike to access their photos from anywhere. 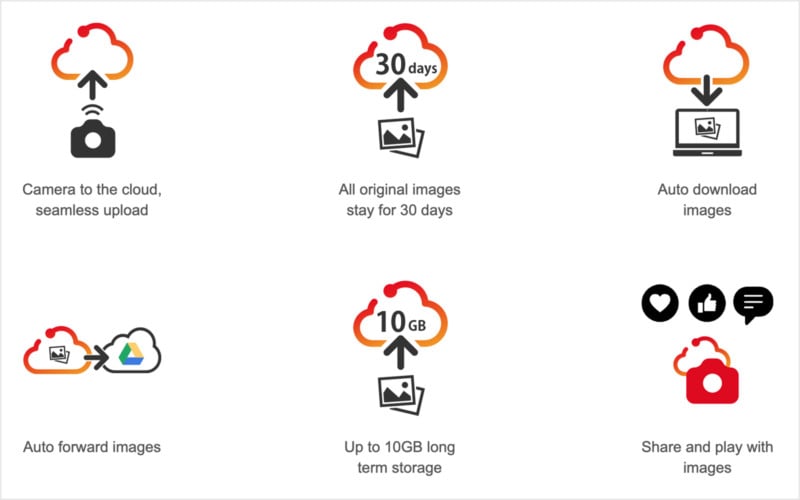 The platform is due to launch in April, and Canon already seems to have big plans to its expansion by partnering with both Google (for storage) and Adobe (for post-processing).

“Starting from June, image.canon will expand both of its partnerships with Google to include original quality backup with Google PhotosTM via Google One TM, a membership plan for expanded storage, as well as Adobe® Creative Cloud® (membership plan),” writes Canon. “In addition to the automatic transfer of images and the ability to edit images in their original quality on partnered services and applications, image.canon will make it easier for users to store and share their images.”

In all honesty, this seems like a solid idea with solid backing from some very big players. We’ll just have to wait and see if it reaches critical mass in terms of usage, because image.canon will go the way of Irista if only a few hundred photographers actually use it. To learn more about the upcoming platform and read a full breakdown of its features, visit the new image.canon website.