Canon is apparently getting ready to introduce a new lens technology to the world. It’s called “defocus smoothing,” and it’ll appear as a DS feature abbreviation on future lenses.

As you can see, there are two different 85mm f/1.2L lenses on the way, one with a mysterious “DS” feature and one without. 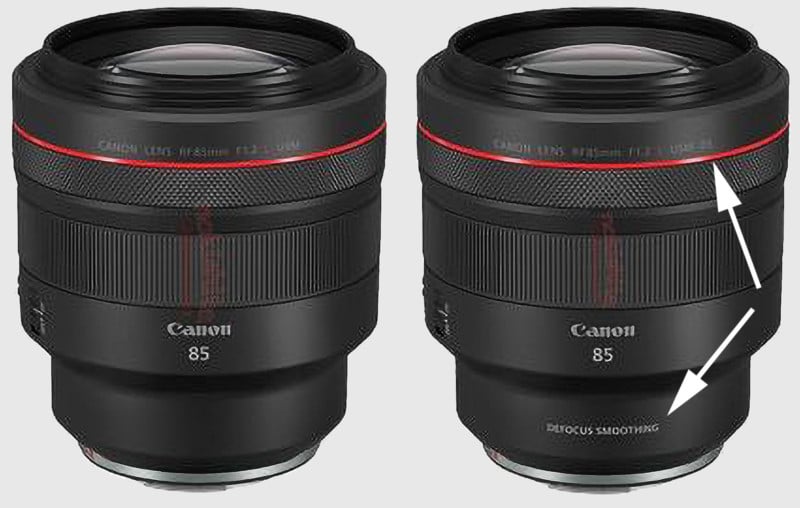 Nokishita just found that Canon has trademarked “Defocus Smoothing”, filing for the trademark in May 2018. The trademark applies to:

While it’s unclear what defocus smoothing will do, Canon Rumors is guessing that DS lenses will have improved out of focus areas, or “bokeh.”

“There have been a lot of patents over the last few years for Canon lenses with apodization filters, which could be related to the Defocus Smoothing we’re seeing here,” Canon Rumors writes.

The existing Canon 85mm f/1.2L II is already a lens that’s prized for its bokeh, so any improvement on the bokeh of an 85mm f/1.2 will certainly be something to behold.

An official announcement of Defocus Smoothing technology should land on Thursday, so stay tuned!