After some pretty significant leaks over the past month or two, Canon has official unveiled the much-anticipated EOS R5 and EOS R6: two full-frame cameras that will form the backbone of the company’s mirrorless lineup moving forward, though neither “officially” replaces the original EOS R.

The announcement was made during an early morning livestream that is still going on right now, and it confirms everything we’ve heard from the leaks, plus some interesting new tidbits. We’ll take the cameras one at a time.

Canon has teased the full-frame EOS R5 multiple times since first announcing development of the camera in February, but now, finally, the cat is officially out of the proverbial bag.

The EOS R5 is the mirrorless 5-series equivalent for Canon, and as such, it’s meant to be incredible for both stills and video.

At its core is a brand-new Canon-made 45MP CMOS sensor and the Digic X processor from the 1DX Mark III, which together allow the EOS R5 to capture 8K RAW video at up to 30p, 10-bit 4:2:2: 4K at up to 120p, and full-resolution images at up to 20fps with the electronic shutter or 12fps with the mechanical shutter—all internally, without any sort of a crop or focus limitations. RAW recording is not available in the 4K modes as far as we can tell. 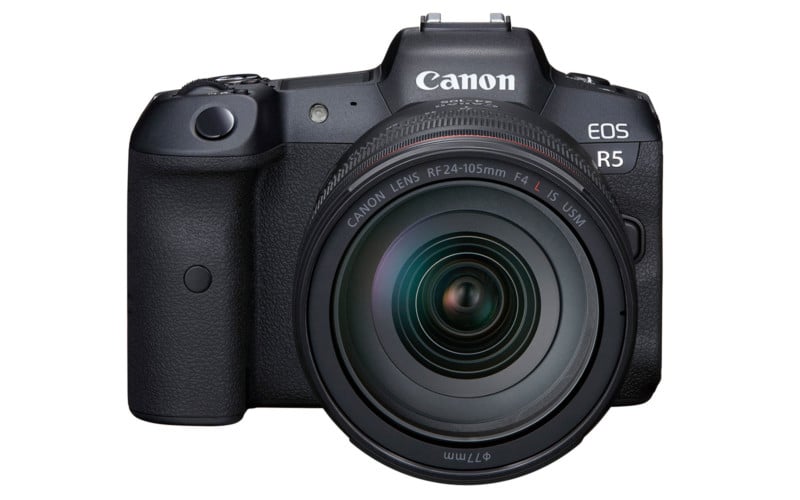 The EOS R5 also brings 5-axis in-body image stabilization (IBIS) to a Canon camera for the very first time. Build to work together with the in-lens stabilization found on some RF-mount lenses, the system reportedly provides “up to 8 stops” of shake correction.

Finally, in terms of design, we’re looking at a 5.76M-dot OLED EVF with 120Hz refresh rate, a 2.1M-dot fully-articulating LCD, dual card slots (one CFExpress, one UHS-II SD), a mic port, headphone jack, mini HDMI port, and built-in WiFi and Bluetooth connectivity, all inside a weather, drip and dust resistant body “on par with the EOS 5D series.” 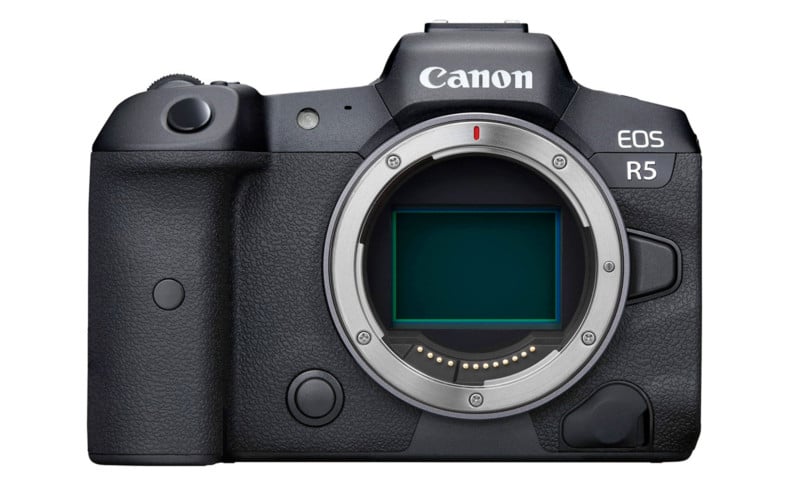 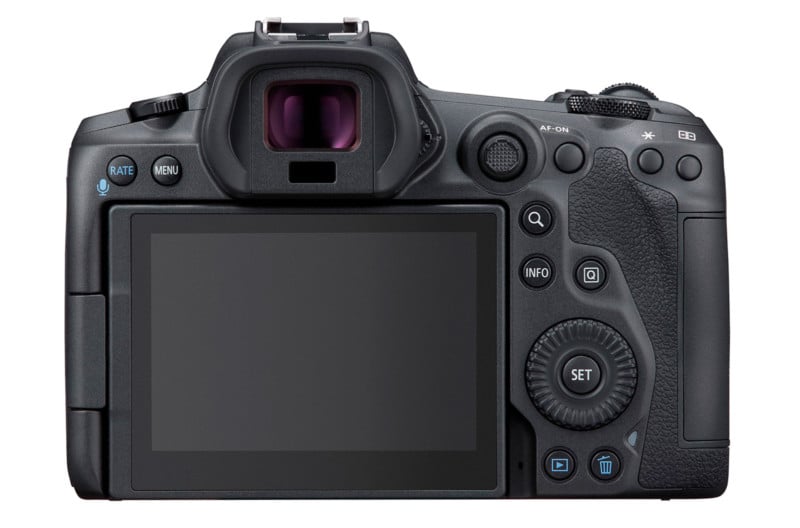 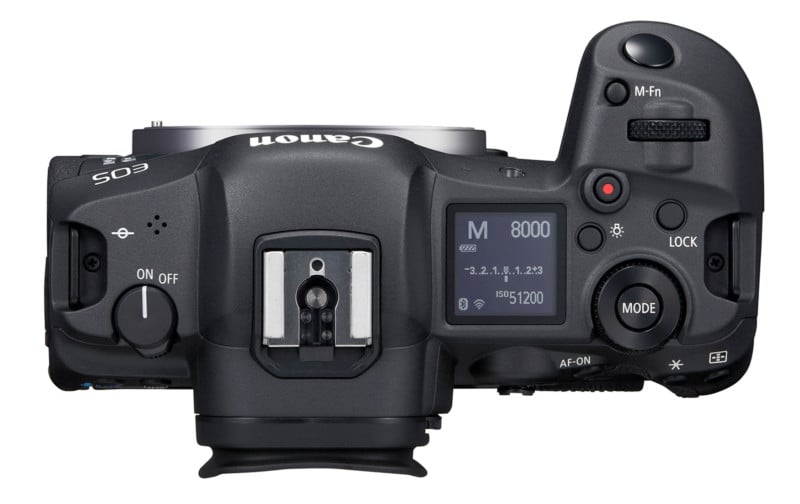 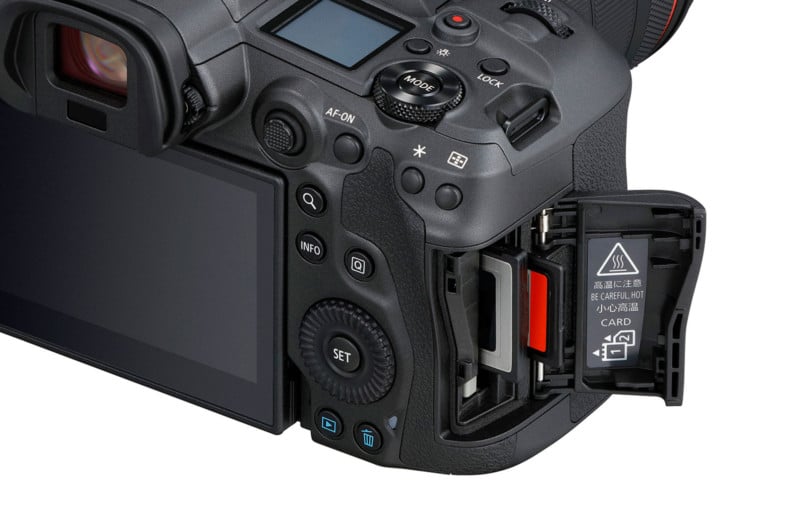 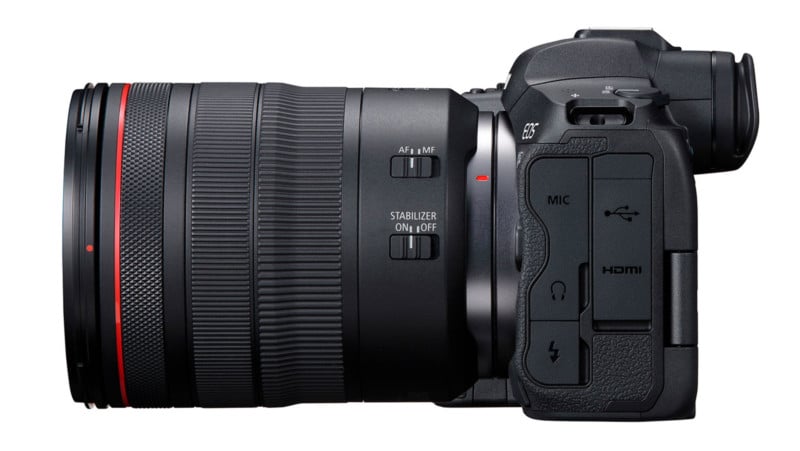 The EOS R5 is available for pre-order staring right now, and will begin shipping at the end of July. As rumored, the price is incredibly compelling: the body-only will cost you $3,900, or you can buy it in a kit with the RF 24-105mm f/4L IS USM lens for a cool $5,000. To learn more or if you want to order yours, head over to the Canon website or visit your favorite online retailer.

Until today, we’d only heard rumors and seen leaked images of the EOS R6, but Canon made the 6-Series mirrorless camera official during this morning’s presentation.

As the leaks indicated, EOS R6 is based around the 20.1MP CMOS sensor from the 1D X Mark III and the same Digic X processor found in the EOS R5 and 1D X. This allows the R6 to shoot 10-bit 4:2:2 4K video up to 60p, 1080/120p slow motion, and full-res stills at 20fps using the electronic shutter or 12fps using the mechanical shutter—again, all internally, without any sort of crop or focus limitations. There’s no RAW video capture on the EOS R6, but stills shooters get the same advanced “Dual Pixel CMOS AF II” and same IBIS system as the EOS R5, as well as a new LP-E6NH battery with a higher capacity (also found in the R5).

Finally, as expected, the EOS R6 is a bit more stripped down design-wise: there’s no top LCD, the OLED viewfinder is slightly lower resolution (3.69M-dots), and the fully-articulating LCD on the back is also a bit lower res at only 1.62M-dots. You still get dual card slots (both UHS-II SD), a mic port, headphone jack, a mini HDMI port, and built in WiFi and Bluetooth connectivity for wireless control or image transfer, and the camera is “weather, drip and dust sealing on par with the EOS 6D series.”

Here’s a closer look at the more affordable EOS R6: 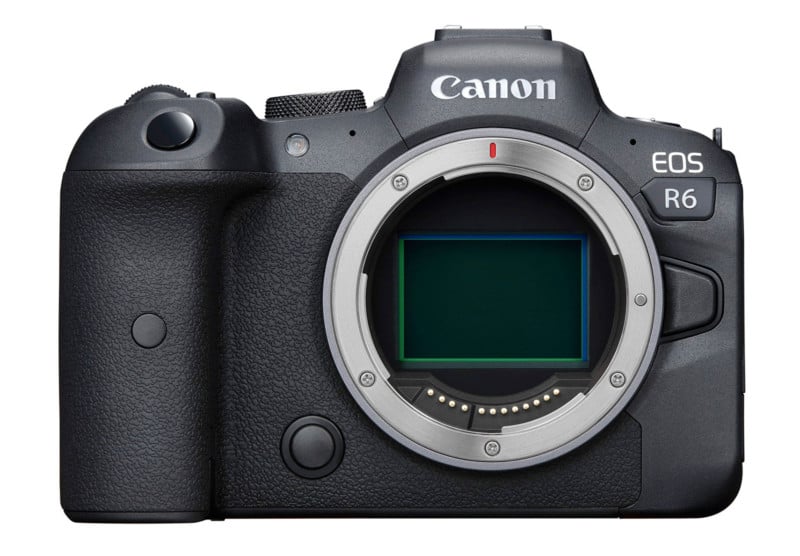 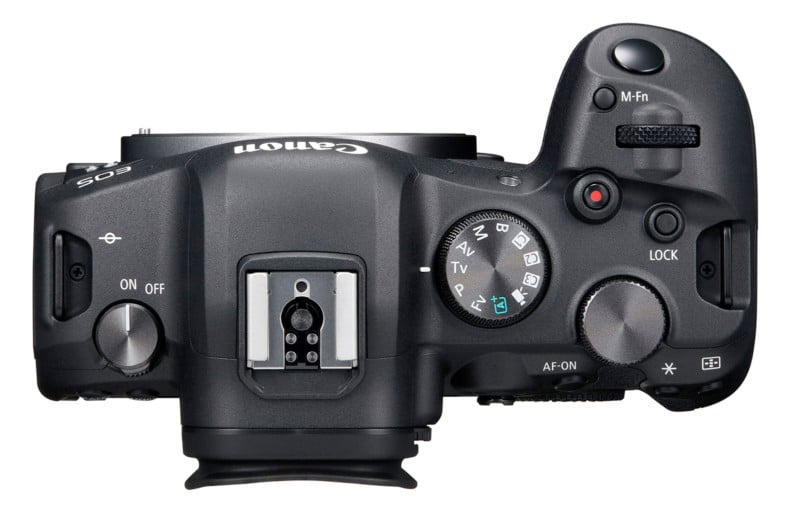 As you can see from that last picture, there’s also a new optional BG-R10 battery grip that’ll be compatible with both the EOS R5 and the EOS R6. The grip accommodates two batteries, and is compatible with the new LP-E6NH, LP-E6N and LP-E6 batteries.

To learn more or pick one up for yourself, head over to the Canon website or pre-order your here.