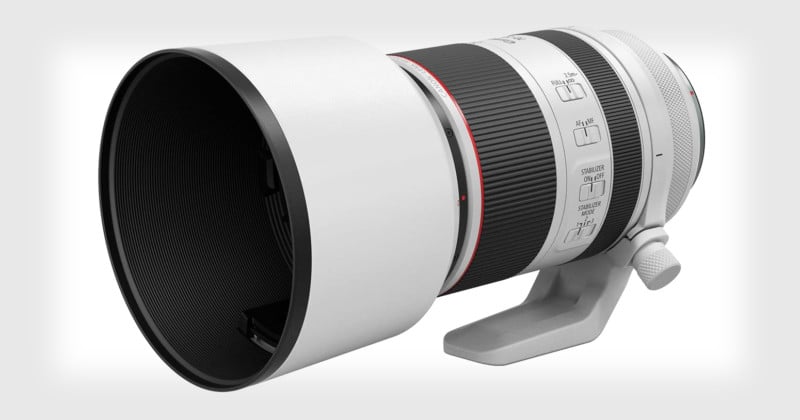 Multiple Canon EOS R users on both the Fred Miranda and DPReview forums are reporting front focusing issues with their brand new RF 70-200mm f/2.8 lenses, leading some to wonder if Canon has a widespread manufacturing issue on their hands.

The latest Canon RF zoom has been hailed as an engineering marvel: a ground-up redesign of the 70-200mm f/2.8 lens that is built like a tank while being smaller and lighter than anything else on the market. But as users have started to receive the lens—which only recently began shipping—reports of focusing issues have started to crop up.

As reported first by Canon News, some users on the two aforementioned forums are claiming that their lens is struggling with front focus issues near its minimum focus distance.

According to both forum threads, the issue seems to fall into the worst possible range: bad enough to be noticeable, but not so bad that you’ll notice while shooting. When used at f/2.8 and 200mm and focused near MFD, users claim that the lens focuses “about 3mm in front of the confirmed focus point.” The front-focus issue continues as you zoom back out, but gets progressively better, more-or-less resolving by 100mm. You can see test images from DPReview forum user pokesfan here.

The problem was first called out in this Fred Miranda thread, and the news isn’t good; multiple users who tested their copy after seeing the thread have successfully reproduced the issue. Worse yet, pokesfan reportedly sent his lens to Canon for repair and received it back still broken, despite Canon “claiming the lens is 100% ‘zeroed’ at all focal lengths and focal distances and working perfectly.”

We reached out to Canon about this issue before publishing, but the company declined to comment at this time.

If you have a Canon RF 70-200mm f/2.8 lens of your own, give this a shot on your copy and let us know what you find. The concern for Canon is that this might be a widespread issue that affects a whole batch of lenses. If that’s the case, we may be looking at a major service advisory/recall in the making.