Canon Was Blinded by Sony and the ‘Mirrorless Revolution’

Based on a number of conversations I’ve had and a few minor polls I’ve conducted, most people seem to believe that Canon made the right decision by producing a mirrorless system. Now my sample size is quite small so this may or may not be a true reflection, but I have an opposing view to this. I firmly believe that Canon made the wrong choice by developing a new mirrorless system with a new mount.

I’ve long believed that Canon should have continued with the EF mount. I get the feeling that Canon panicked a little and decided to rush into mirrorless to chase after Sony. In all honesty, what is the actual benefit of having a mirrorless camera over a DSLR? For Canon specifically, not much.

The size and weight argument is completely unfounded; Canon produced a relatively large, heavy mirrorless camera and the new RF mount lenses are some of the largest and heaviest on the market. If anything, having a super small mirrorless camera is a disadvantage for a number of reasons. Ergonomics suffer greatly with a small body. Attaching even medium-sized lenses make the whole setup far too front heavy rendering the experience rather uncomfortable.

It’s also a struggle to add significant upgrades to cameras when the body is too small. This is something Sony had to contend with and it eventually resorted to producing a slightly larger camera just to prevent any overheating. I doubt that the current body Sony has will be effective enough to allow features like 4K 60p simply because it will probably overheat. Sony will more than likely need to make drastic changes to the internals or make the body even larger to accommodate such features.

Other than the size and weight, you may argue that features like focus peaking and focusing from the sensor are benefits of mirrorless cameras; but we know that’s not true. Almost all features that are present in mirrorless cameras are available or can be made available for DSLR cameras. Essentially, the only actual benefit that mirrorless cameras offer over DSLRs is the electronic viewfinder. Personally, I enjoy both EVFs and optical viewfinders for different reasons. For the most part, it seems that the photography community is a little split in preference between the two.

You may want to argue that the flange distance is the key benefit of having a mirrorless camera and that manufacturers can produce much better lenses. I completely agree with that. However, that’s a terrible reason to produce mirrorless cameras from a business perspective. The plan was to spend lots and lots of money developing super exotic lenses that most people can’t buy and that also can’t be mounted on cameras that most people have. Even if you’re looking at the long term only, that’s still a terrible idea especially due to the shrinking market.

Why Sony is Winning in Mirrorless

Sony is the largest manufacturer of full-frame mirrorless cameras. It pretty much paved the way for the industry and forced the rest of the manufacturers to follow. The interesting thing is that Sony did not win the market’s attention by producing incredibly wide aperture exotic lenses. In fact, Sony did it even without having a proper lens line-up at the time.

Even now if you look at Sony’s list of available lenses, it’s pretty boring (relatively speaking). Almost every lens that Sony has produced for its cameras has a similar counterpart available from the other major manufacturers. Essentially, there’s nothing new available from Sony if you’re just looking at the lenses.

The reason Sony received so much attention was because it loaded up its cameras with interesting features. While Canon lagged behind, Sony had an extremely aggressive attitude and piled on features that weren’t even ready in cameras that couldn’t really handle them. 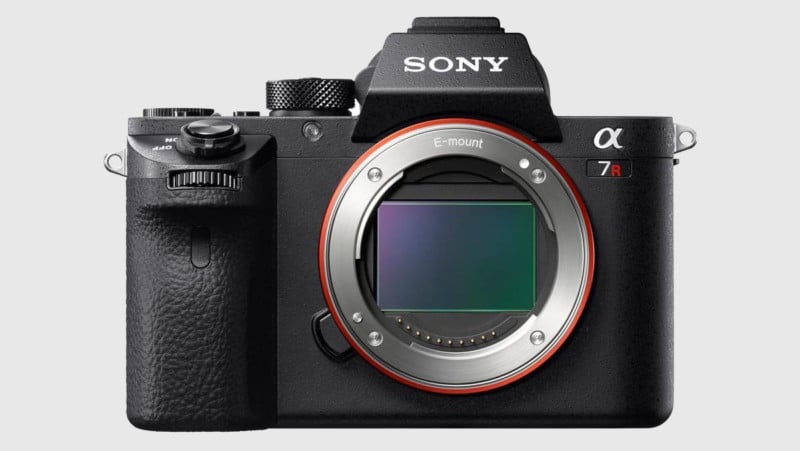 The Sony a7R II was the first (photography specific) camera on the market that offered 4K using the full width of the full frame sensor. It was a high-resolution camera with in-body image stabilization, lots of dynamic range and, even had log profiles for video. Sure, it overheated and was unusable in many scenarios, but that didn’t matter because it served its purpose of starting the trend to switch to mirrorless.

Many photographers stuck around waiting for Canon to respond but were ultimately disappointed with the 5D Mark IV. The damage had been done and many photographers started switching from Canon because they lost faith in the company. Customers started to believe that Canon would continue to hold back features in a bid to protect its Cine line of cameras. We’re now seeing Sony take over the number two spot from Nikon.

It’s quite clear that having a shorter flange distance allows you to produce lenses more effectively. The rear optics can sit closer to the sensor giving engineers far more flexibility when it comes to lens design. In the grand scheme of things, this doesn’t really matter. I say this because having a lack of great lenses was not a problem Canon had. The EF lineup is filled with incredible options and I doubt anyone was extremely dissatisfied with Canon for its lenses.

Once again, Sony doesn’t really have anything special when it comes to its lenses. Sure, it has some really sharp options available, but so does every other manufacturer. Canon still hasn’t really listened to any of the complaints from its customer base. No one asked for a 28-70mm f/2.0.

Don’t get me wrong… This is an incredible lens that might be one of the best zoom lenses ever made, but this was not something customers were dissatisfied with or something that prevented them from switching.

I appreciate that Canon is experimenting a lot with the new mount and seeing how far it pushes things, I’m honestly all for that level of innovation and applaud Canon for it; however, Canon still refuses to actually address concerns and issues that caused people to switch to Sony in the first place. All of these fancy new lenses are only available for cameras that most people don’t want to buy. For that reason, the shorter flange distance doesn’t matter.

If Canon Had Listened…

Imagine if Canon had actually listened to its customers and offered many of the features that people wanted. Features like 4K using the full width of the sensor. We’re not even talking about 4K 60p — just regular 24p.

Even now, Canon, the company that made video features in DSLR cameras famous, does not offer any camera that can shoot full-frame 4K. I get that these are photo-centric cameras, but technology evolves and customer requirements change; adapt or die.

I firmly believe that if Canon had come up with the goods and produced cameras that customers wanted, then most people who switched would not have done so. The size, weight, and EVF advantages were minor at best. Most people just wanted Canon to keep up with the competition and offer better features.

If the 5D Mark IV had better dynamic range, features like eye-detect autofocus and focus peaking in live view mode, and significantly better video features, there would have been very little reason for anyone to switch over to Sony. Instead, Canon dragged its feet and then when Sony started to impact the market, Canon panicked and rushed into producing a mirrorless camera.

It left itself such a short amount of time to produce a mirrorless camera that it had to use older parts and sensors. It just didn’t have any time to research and develop anything new so essentially, we now just have old tech rehoused in new bodies.

The major issue is that Canon simply didn’t get the reasons behind why people switched. People didn’t switch just because they wanted mirrorless — they switched because mirrorless manufacturers like Sony and Fujifilm were offering far better features in their cameras. Even with those companies’ respective tiny lists of lenses, people still switched because they wanted those extra features.

If Canon had actually given customers what they wanted, then chances are it would have continued its position without any need to panic. Mirrorless would have just been a smaller category similar to what it had been for years and Canon would have had the time to develop its full frame mirrorless system properly over a longer period of time. Ultimately, whether we like it or not, specs sell.

Canon is now stuck with two full-frame lens mounts, which puts it in a very awkward position. It has a well-developed EF mount that most photographers use and that it has to continue managing. It now also has the RF mount that it needs to continue developing, and all of this is costing it an absolute fortune for very little to no gain in the market.

In a nutshell, customers wanted better features and specs from their Canon cameras. When they didn’t receive that, they switched to Sony and the damage had already been done. This led Canon to panic and, instead of focusing on what customers wanted, it followed a trend down an extremely expensive path.

The new mirrorless cameras are subpar regardless of how well priced they are, which means Canon can’t sell their super premium lenses. Even after the 5D Mark IV was released and customers started to switch, instead of producing a mirrorless camera Canon should have instead produced a feature-filled DSLR. The whole mirrorless thing was a straw man point and people didn’t switch because they wanted cameras without a mirror box — they wanted the better features. Here’s the thing, if Canon had come up with the goods in its DSLRs, do you think the majority of those who did switch would have switched?

Previous Fujifilm B&W Film is Back: Neopan 100 Acros II Unveiled
Next What Shooting Film Taught Me About Black-and-White Photos