As an astrophotographer, I had this dream of seeing the moonbow (AKA the lunar rainbow) one day in Yosemite, my favorite National Park in California. Every year, either water flow or cloud conditions prevented me from catching it. But this year, my dream came true.

The Sierra Nevada mountains received heavy snowpack this year that lead to some epic water flow in Yosemite Falls in the park. I took advantage of this scenario and got incredibly lucky on weather this time around when the skies cleared right on time to capture one of nature’s spectacular shows.

For the past 2 to 3 years, I have been experimenting with shooting videos to capture the Milky Way and dark skies in real-time to showcase the beauty of the night sky as I see it, compared to what you get with long-exposure photos and time-lapse techniques. This gave me the idea of capturing video clips of the moonbow in real-time as it happens.

It was stormy rain, and there was even briefly a hailstorm in the valley, but we witnessed beautiful light from the famous Tunnel View. But to our surprise, it went from mostly cloudy to clear within hours. 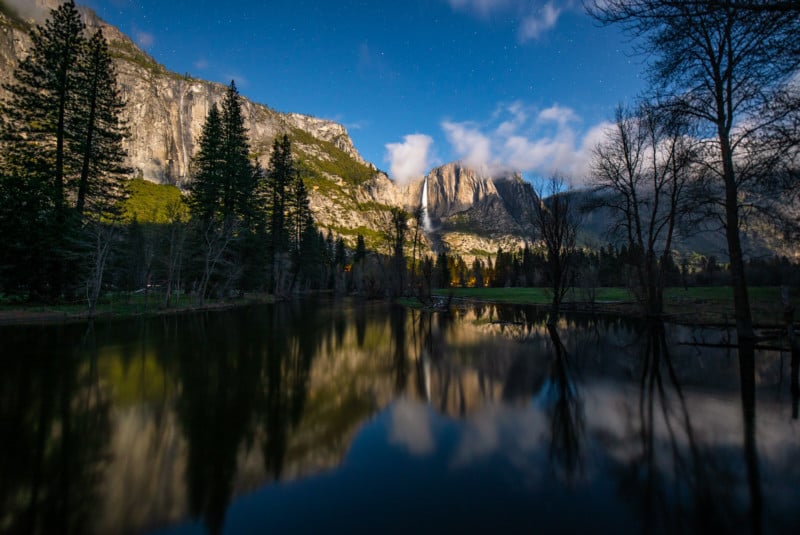 As I went to capture the moonbow, I had a few spots to try at both the upper and lower falls to get the angle right. There were multiple spots from which I could see the moon hitting the waterfall’s mist, but it wasn’t until later that I found just the right point and angle to begin seeing the spectacle with my naked eyes.

The mist on the upper Yosemite falls was getting lit up nicely and the moonbow was visible to naked eye. To my amazement, this misty moonbow was getting nicely captured from what I was seeing on the back screen of my camera. It was an amazing moment, both capturing it in real-time on camera and also seeing it so bright with my eyes. 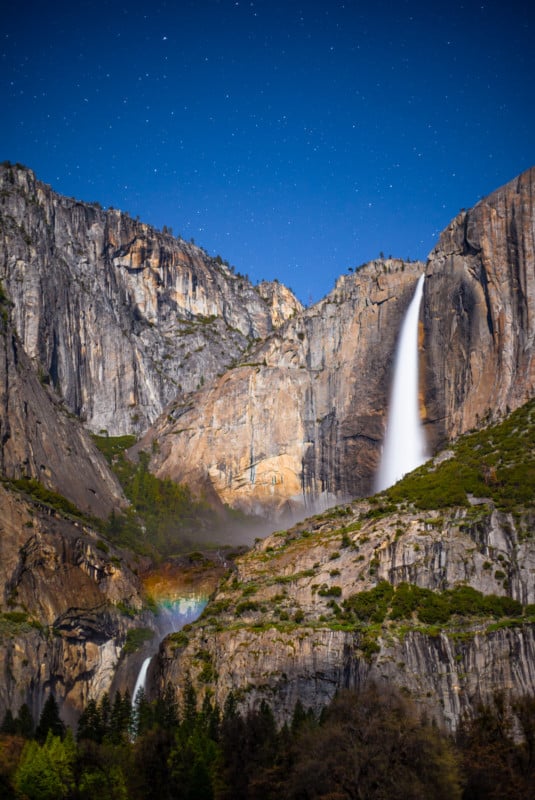 I was standing right next to the meadow with stagnant water from the snowmelt and rain, so there were reflections of it to be seen in the water. The croaking frogs there were yet another thing to be remembered for a lifetime, as they were so loud at times that it was difficult to concentrate on capturing this phenomenon.

After the moon’s angle shifted, I quickly headed towards the lower falls to get the glimpse of the moonbow up close. To my surprise and delight, this experience surpassed what I saw on the upper Yosemite Falls. 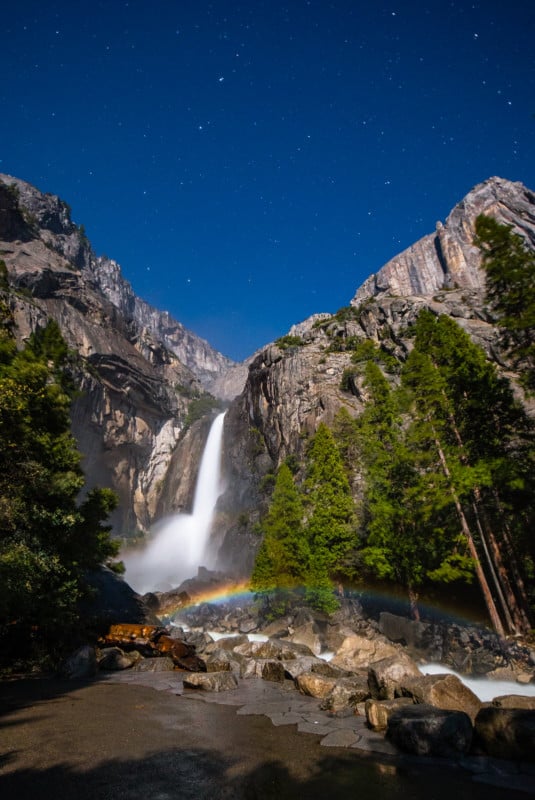 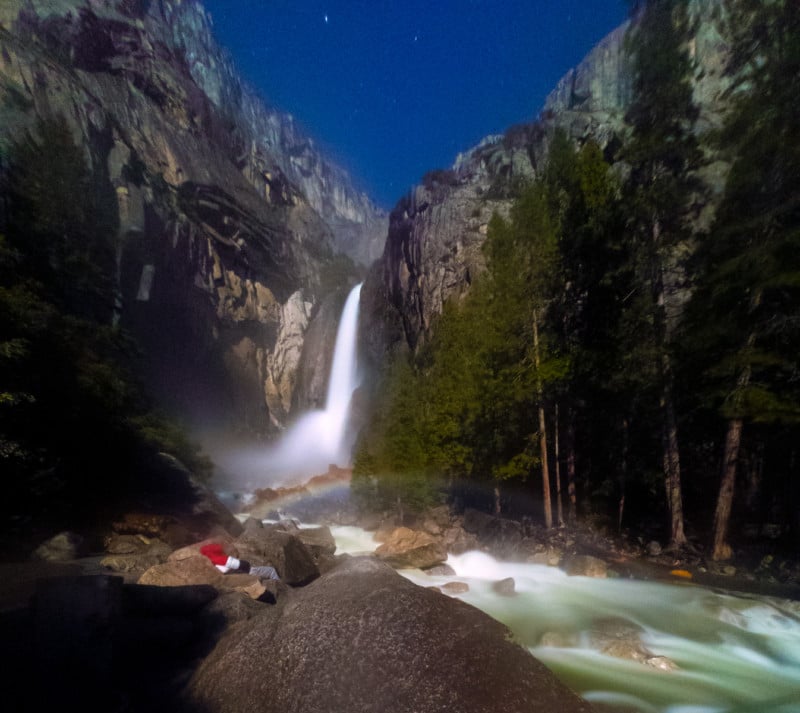 This was my first attempt at shooting a vlog-style video to capture the experience, so I was clueless on how to shoot and speak in the video, but the experience at the lower falls base thrilled me beyond my expectations.

The moonbow I saw was so bright and moving with the mist with the crazy cold wind, so I just stood there watching it in awe. My energy level after a tiring day shot up sky-high. The nearly-freezing temperatures with the wind-chill did not deter me even a little bit, and I ended up getting drenched in the mist. Luckily, my camera and the lens survived the ordeal.

These video clips were shot at very high ISOs of 51200 or even 80000 at times, so they’re definitely noisy and may even not of acceptable quality for many uses. The technology is not there yet to capture absolutely professional-quality video of the dark sky, but if someone had told me that this would be possible 10 years back when I started shooting the night sky, I don’t think I would have believed it.

I’m looking forward to camera technology improving to capture nature’s beauty at night like in this experience.

About the author: Shreenivasan Manievannan is a photographer, educator, writer, and dark sky advocate. The opinions expressed in this article are solely those of the author. You can find more of his work on his website, Facebook, and Instagram.