Breaking News
Home / Inspiration / Do You Know Your Top 5 Photographs?

Do You Know Your Top 5 Photographs?

I was interviewed by street photographer Eric Kim back in 2016, and it was a huge deal for me! I remember when I first started shooting street, his blog was one of the first that I came by.

It was filled with so much information, but what was more interesting to me were the interviews he did with other street photographers. These interviews helped me discover so many photographers, Brian Day, Damian Vignol, Josh White. I could name so many. I just remember thinking, my work is going to be next to theirs — again, it was just really exciting for me. 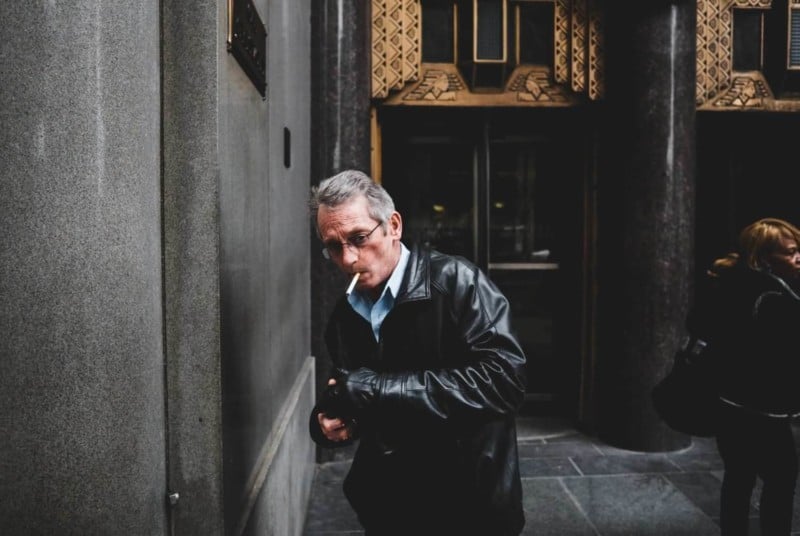 Eric sent me a series of questions and I analyzed them for days. I was like, “This is my moment, everything needs to be perfect.” (For those wondering, I completely butchered this moment as there were so many typos and statements that didn’t make sense, but that’s beside the point.) Once the questions were answered, I scrolled down to the part where Eric had requested photographs.

As I read that sentence, I panicked. I was like, “Well, what photographs do I send him? How many does he need?” After an hour I decided that 5-10 was a solid number, and now I just needed to figure out which ones to send. I went through every photograph that night and I sent Eric what I thought were my best 10-12 photographs (I sent 2 extra just to be safe). This was his response:

“I feel the shots you sent me aren’t as good as some other shots I’ve seen you upload recently on your blog (like the photos you wrote after you did my video workshop). Maybe if you could just send black and whites? Thanks man!”

I was heartbroken. He hated the images that I sent. Did I overthink it? Were they really that bad? Questions that ran through my mind. I ended up sending him another set after that, and when the article finally dropped he used only a few of them. My selections were so bad he went and found the damn images he wanted himself. You know how long that probably took? On top of that, the ones he selected were much better than the set I sent him.

What did that say about me? It didn’t say I didn’t know what a good image was — perhaps me and Eric just like different styles — but what it did say was that I didn’t know who I was as a photographer. I didn’t understand my own body of work, because if I did, then I would have had those images ready to go the second he asked. 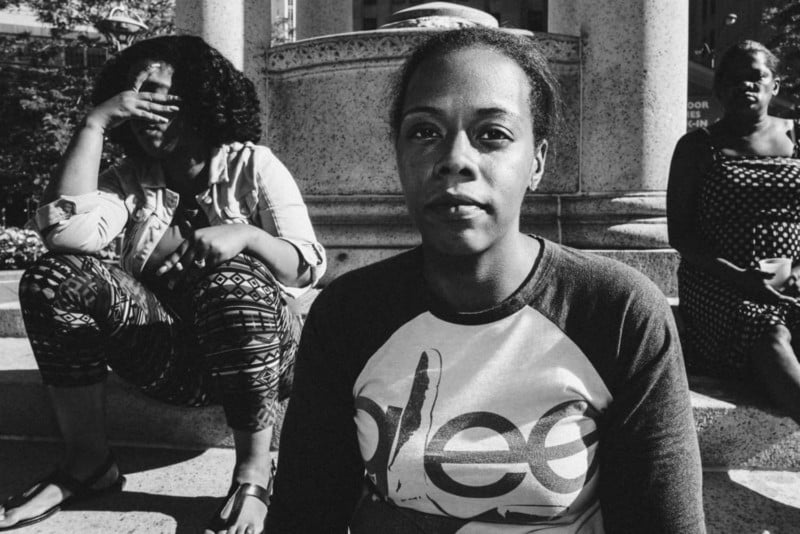 Why It’s Important To Know Your 5

Before we get into this, I just want to state that 5 is an arbitrary number. It has no meaning. You could know your top 20 images, or top 100, but 5… 5 is what I believe should be the minimum (10-12 is the max for me). I also want to state that these 5 can change over time, but the importance of the 5 images, well, that will never change.

And that’s what this is all about, finding out who you are as a photographer. Street photography isn’t about emulating the greats, it’s about photographing what you think is interesting. And once you figure that out, it becomes a lot more fun.

What do you see when you look at my images? Chances are you think of someone who is fearless. I get up close, I capture reactions — oftentimes people are looking directly into my camera. It may not be your cup of tea, but it’s my style. Now let’s see if my 5 images reflect that. 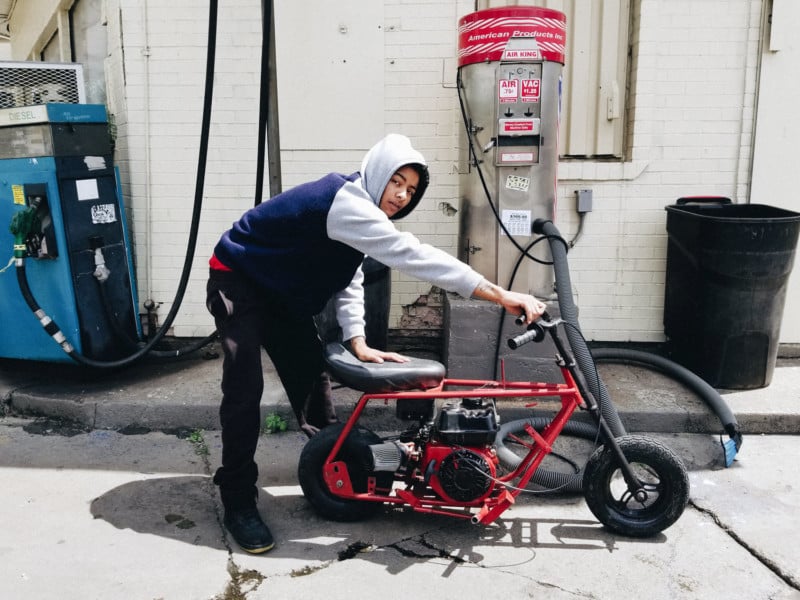 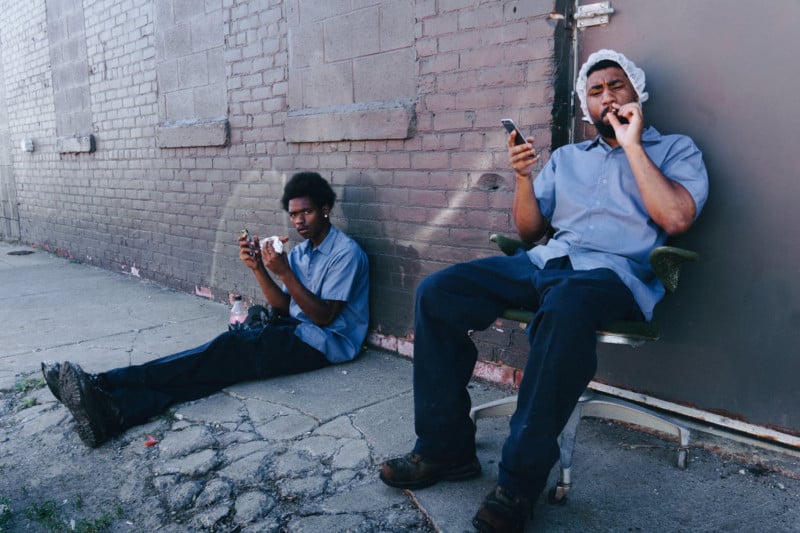 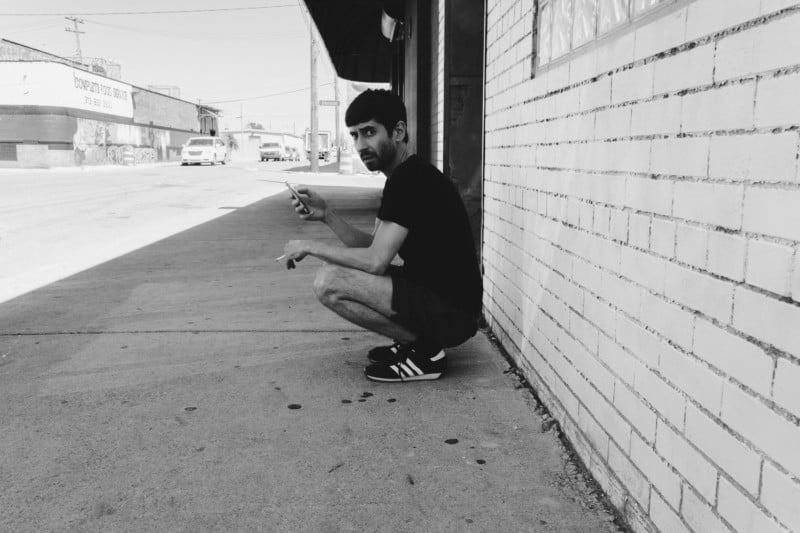 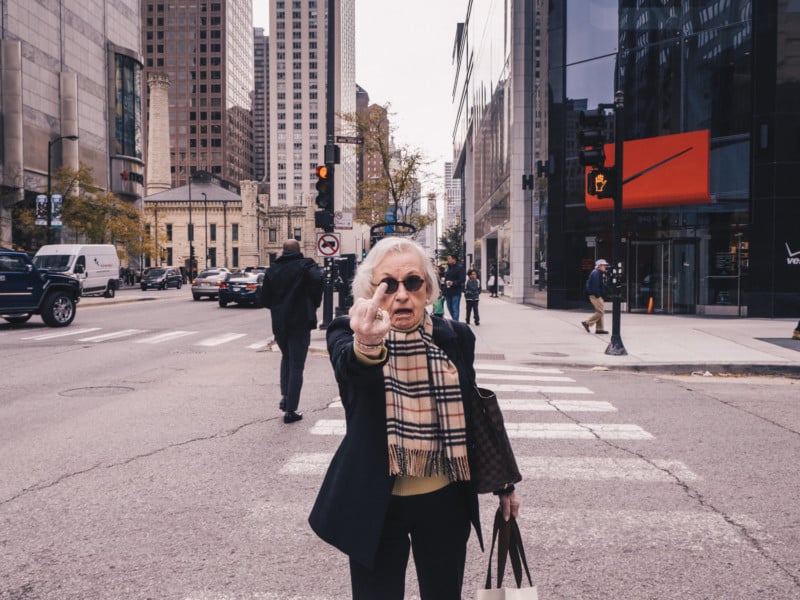 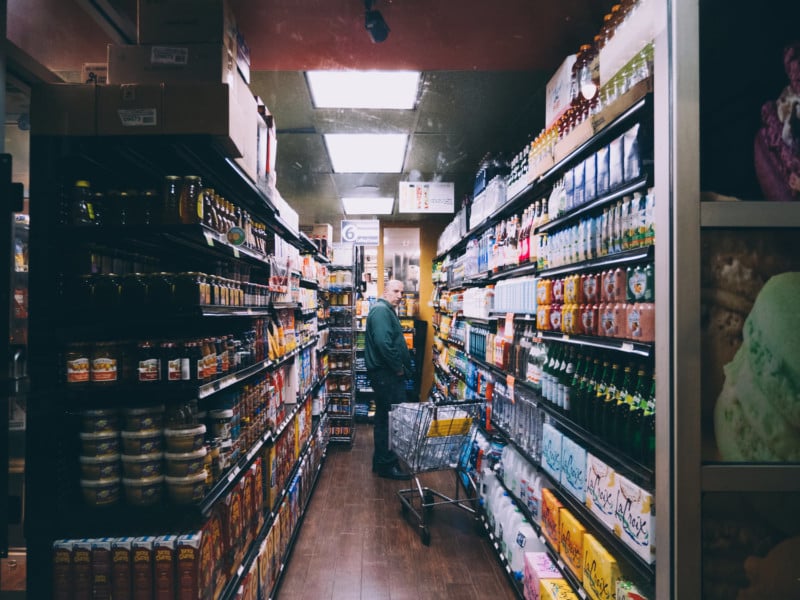 How To Use Your 5 Images To Build Your Brand

When we share, we use platforms such as Instagram, Twitter, Facebook. Some of us are dabbling into VSCO and Behance, and then a small bunch of us still use 500px and Flickr. These sites are all very different in a sense, but there is one thing they have in common: they all require you to constantly upload content.

Right now I have 800+ uploads on Instagram. There are some great photographs in there, but let’s be honest: the majority of these images were just uploaded to keep people’s interest. I don’t have 800 amazing images to showcase to the world and chances are neither do you. This means your great images, they’re just some buried in your feed. The style you’re known for may be overshadowed by the other photographs that aren’t as good. What I’m trying to say is that people may never see the images that you’re proud of.

This is where the rinse and repeat method comes in. See, somewhere along the way we’ve been told that we can’t use the same images over and over again. I’m not sure who wrote this rule, I’m not sure who enforced this rule, but it’s dumb as f***. As creatives, it’s important that we share our best work over and over again. Again it’s these images that define us, so why are we burying them so no one can ever see them again.

Use your top images to help build your brand. Use them in every article written about you, use them in every blog post or email you submit. Post them numerous amounts of times on Instagram. We have to stop thinking that just because someone saw them that the rest of the world has too. Those amazing images, they can introduce new people to your work, they can be picked up by curators, and 5 images can potentially change your life.

When I explain this to other photographers I always use music as my example. Music artists don’t make a hit song and then perform it once. They take that song to every late night talk show, they push that song on the radio a million times a day, and they perform at every concert until they can no longer sing. You have to have that same mentality, you have to push your work with that same confidence.

Perhaps you’ve seen this photo of mine before. I took this image 2 years ago, uploaded it to Instagram, and then that was it. It got a great response, over 500 likes, my most liked picture ever and it was even picked up by @streetleaks. It did extremely well in terms of engagement. People loved it. And I never shared it again. Towards the end of 2017, @streetleaks posted it again.

BOOM! It almost has 10K likes. I thought to myself, he’s used this photograph more than me. So you know what, I decided to post it again, BOOM! Another 600 likes and not one person said: “you’ve already posted this”. The revival of the image inspired another curation account to post it, and you guess it, BOOM! Another great response.

It’s okay to re-purpose your content. In fact, I think its stupid not to. My advice, take those 5 images and put them on a rotation, and re-share them when you see fit. If someone is interviewing you, share them. If you’re writing a blog post, share them, Putting together an email? Share them.

When someone sees that photograph, they should be like, “Oh that’s so and so,” just like we do when we see photographs from Martin Parr or Robert Frank.

So… which are your top 5 photographs?

About the author: Keenan Hastings is a photographer and blogger based in Detroit, Michigan. The opinions expressed in this article are solely those of the author. You can find more of his work on his website. This article was also published here.

Previous The GoPro HERO is Actually a HERO5 with ‘Crippled Firmware’: Report
Next How and Why to Use High-Speed Sync