The US Department of Justice weighed in on a controversial Kentucky lawsuit this week, when they backed a Christian wedding photographer who is suing the city of Louisville over a law that could, potentially be used to “force” her to shoot same-sex weddings.

The lawsuit first made headlines in November, when conservative advocacy group Alliance Defending Freedom filed the suit on behalf of photographer Chelsey Nelson. Nelson and the ADF are attacking Louisville’s 20-year-old ‘Fairness Ordinance,’ which prevents discrimination on the basis of sexual orientation.

The lawsuit claims that this ordinance infringes on Nelson’s freedom of religion and speech, because it could be used to “force Chelsey to create photographs for, blog about, and participate in solemn ceremonies she disagrees with—same-sex wedding ceremonies.” 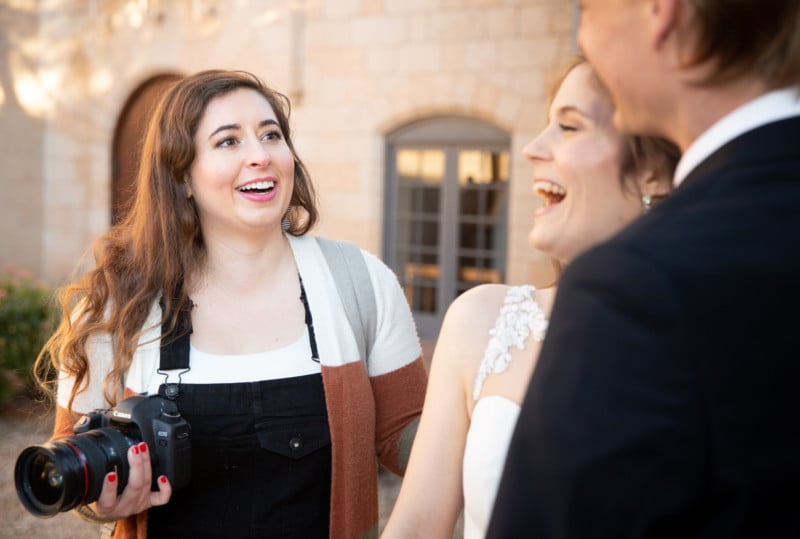 The suit was largely written off as un-winnable by legal experts when it first surfaced—Nelson hasn’t even been approached by a same-sex couple, and is filing the suit preemptively—but the US Department of Justice obviously disagrees. In a “statement of interest” filed with the court this week, the DOJ weighed in in support of Nelson, expressing confidence that she would win this suit on First Amendment terms.

“The central question presented in this case is whether the government can compel a wedding photographer to photograph, provide photography editing services for, and blog about weddings of which she does not approve, and does not wish to photograph or to promote,” reads the statement. “The answer is no.”

It goes on to cite a Supreme Court case that was won by a baker in Colorado, who was cited for refusing to provide services to a same-sex couple. This case is similar, argues the DOJ, because photography is “expressive” and therefore count as a form of “speech.”

“Forcing Ms. Nelson to create expression for and to participate in a ceremony that violates her sincerely held religious beliefs invades her First Amendment rights in a manner akin to the governmental intrusion in Hurley,” continues the statement. “Defendants have not offered, and could not reasonably offer, a sufficient justification for that compulsion here. As a result, the First Amendment bars the application of the Metro Ordinance to Plaintiffs.”

You can read the full statement from the DOJ below:

The major difference between this case and others that have been cited in the statement, of course, is that this isn’t referring to any specific event. Nelson has not even been asked, much less “compelled,” to shoot such a wedding or blog about it, and is instead suing in order to prevent the possibility of such a lawsuit in the first place.

The City of Louisville is arguing that Nelson has no cause to challenge the ordinance and has asked the judge to dismiss the case, an argument that was backed up in a brief filed by the American Civil Liberties Union (ACLU).

“Nelson Photography must know who a prospective customer is before deciding whether it will refuse to serve that person,” argued the ACLU. “That is identity-based discrimination, not an objection to the provision of a specific product.”