Lead by spunky frontgirl Ashley Miles, Vinyl Rhino is my favorite cover band in Frederick, Maryland. For years, they’ve rocked our bars with high energy hits from the 80’s to what’s current. Saturday night they stopped by Champions and blew the roof off the place. I was there to capture it on the newly re-released Kodak TMAX P3200. 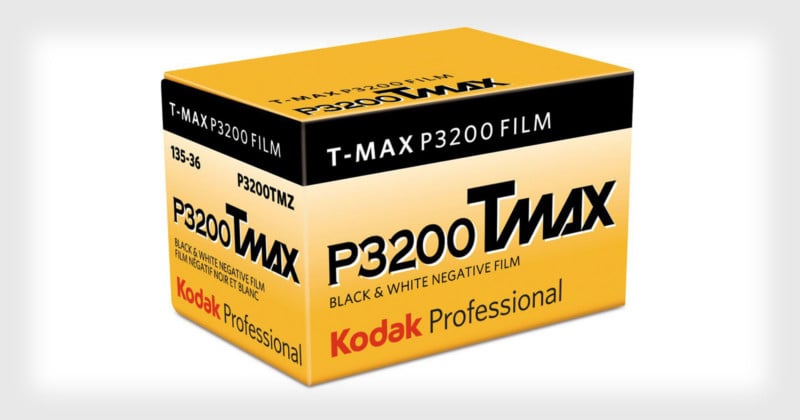 Concerts are a perfect subject for the new Kodak TMAX P3200. The film allows you to stop down in dim light and get the most performance from your lens, which is important when your grain is as big and chunky as is par for the course with 3200 ISO films.

I left my shutter at 125 most of the show and racked between about f2.8 and 5.6 as the stage lights blinked and flashed.

I rated the new P3200 at box speed, 3200 ISO. And as is customary with print film, I overexposed by half a stop to get more detail in the shadows which can fall away quickly in hard stage lighting.

As usual, Vinyl Rhino put on an amazing show. The band looked and sounded like they were truly having a blast too, which always makes the music that much sweeter.

Singer Ashley and bassist Nick were very animated, making them very challenging to photograph with an all manual film camera. When shooting concerts on film you just have to be confident that you got the last shot and concentrate on getting everything right on the next one, else you’ll be moving too slowly to catch the right moments. Sometimes you know you got a stray arm covering a face or an “in between expression,” but you just have to throw it away in your mind and wind that advance lever.

I think my favorite piece from their set was their signature fusion of Whitney Houston’s I Wanna Dance With Somebody and Cyndi Lauper’s Girls Just Wanna Have Fun. The Wanna Dance side got the crowd jumping while lyrics were mainly handled by Nick as he hopped around with his Fender bass. Then Ashley started in with a rockier version of the Lauper classic. Her vocals felt like a rebel yell which the ladies in the audience immediately keyed into with strained singalongs and glimmering ringed hands in the air.

I started out with my Leitz 50mm f/1.5 Summarit but never took it to full aperture where it softens considerably. Despite being designed in the 1940’s, it has a stunning clarity when stopped down. When shooting with grainy film, using a very sharp lens can help offset that muddiness that can occur when soft glass and the big T-Grain clusters collide. The out of focus areas become something of an emotional affair!

Then I got tight with my Leitz 90mm f/2 Pre-Asph Summicron. This Canadian-built predecessor to the current 90 Cron was the first compact Leica 90 Summicron and the optics are just incredible, 5 elements in 4 groups. But what’s neat about this otherwise very modern lens is that the front element is only single coated. So while it can be clinically sharp, even with the built-in hood extended, you can still get some flare character. Particularly with harsh stage light. A little bit of flaring, I think, looks nice on a grainy emulsion. It sort of highlights the depth and physicality of the film.

When it came time to process, I used my go-to developer Kodak HC110, Dilution B. Kodak kindly furnished me with a new datasheet but it appears to be identical to the old P3200. 10 minutes at 68 degrees Fahrenheit for 3200 or 12 minutes for 6400. Though I shot at box speed, I decided to process for 6400 as I recall processing a stop faster than the film was rated gave images a richer contrast. TMAX P3200 is very tonal by nature, hence its very wide dynamic range. Tonality is great but I like some contrast in most of my work.

Between the excellent lighting, half stop over-exposure and push processing, I think that contrast was nearly spot-on what I was looking for. I adjusted levels slightly in Photoshop, usually only pulling the blacks in and dodging and burning where appropriate.

P3200’s T-Grain is not as fine as Ilford’s Delta 3200 grain but that’s one of the things I love about this film. It makes no apologies for itself. It’s immediately recognizable, even to a non-photographer, as film. The clumps of silver are unmistakable. The depth, the soul. They’re present in liberal amounts.

I usually call it quits at 6400 but what’s crazy is that P3200 can be rated from something like 800 to 25,000 EI. Experimental shooters have even gotten wider ranges. What that means is that, if you like, P3200 could be the ONLY film in your bag, capable of shooting in sunlight into near pitch black darkness! P3200 is certainly a powerful weapon to keep in your arsenal! It’s unique, practical and versatile.

Happily, the New Kodak TMAX P3200 appears to be exactly the same old TMAX P3200 that we already knew and loved. No formula updates, no corner cutting, no bulls**t.

About the author: Johnny Martyr is a premier East Coast film photographer. The opinions expressed in this article are solely those of the author. After an adventurous 15 year photographic journey, he now shoots exclusively on B&W 35mm film that he painstakingly hand-processes and digitizes. Choosing to work with only a select few clients per annum, Martyr’s uncommonly personalized process ensures unsurpassed quality as well as stylish, natural & timeless imagery that will endure for decades. You can find more of his work on his website and Flickr. This article was also published here.

Previous The Science of Exposure and Metering: Light’s Pathway from Scene to Sensor
Next GoPro Unveils a $200 HERO, A Budget Action Cam for the Masses