Fujifilm has announced the new GFX100, a 102-megapixel medium format mirrorless camera that the company calls “a game changer in digital camera technology and capability.” It’s the new flagship camera of the GFX line.

At the core of the camera is a 102MP backside-illuminated CMOS sensor that has a diagonal length of 55mm, the same medium format size as the GFX 50S and GFX 50R — by comparison, 35mm full-frame sensors are about 43mm diagonally, so the 55mm features about 1.7 times the surface area. 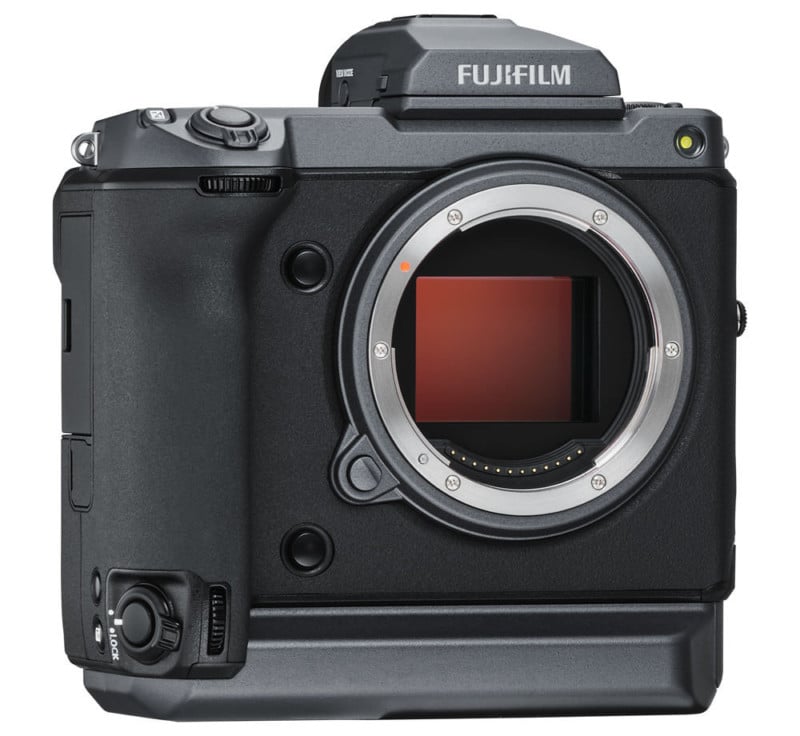 The 102 megapixels is the highest resolution ever offered in a mirrorless camera, and the camera has a native ISO of ISO 100 and a maximum ISO of 12800 (expandable to 102400).

The GFX100 is the first digital camera with a sensor larger than full frame to offer in-body image stabilization and on-board phase detection hybrid autofocus with nearly 100% coverage. 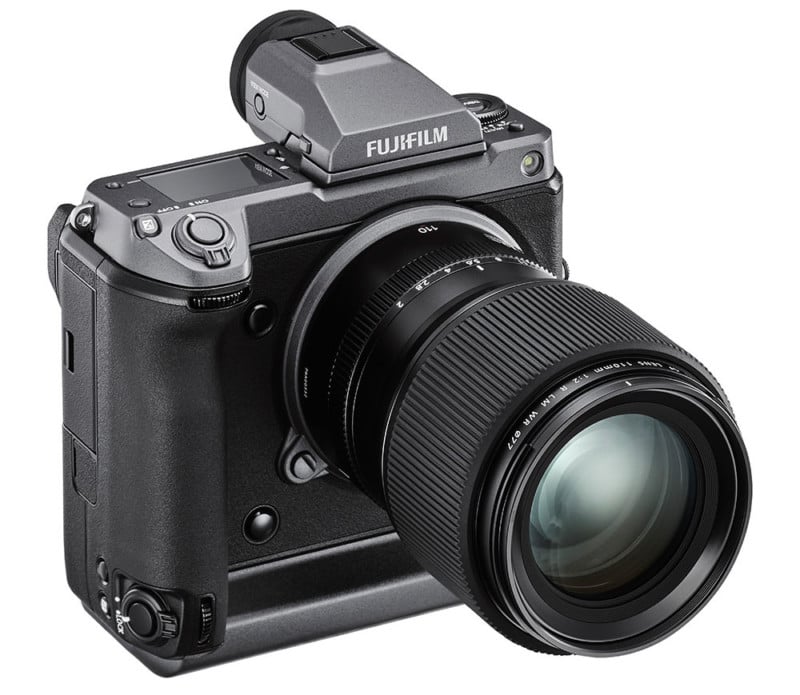 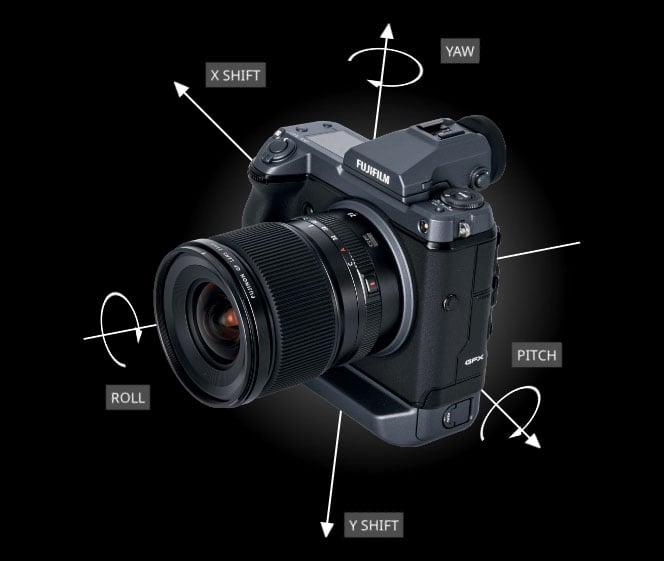 The entire shutter system is suspended by four springs within the camera to reduce shutter shock.

“This dramatically broadens the scope of situations where a user can hand-hold the camera and still enjoy the world of 100MP+ ultra-high resolution, pushing the boundaries of photographic expression,” Fujifilm says. 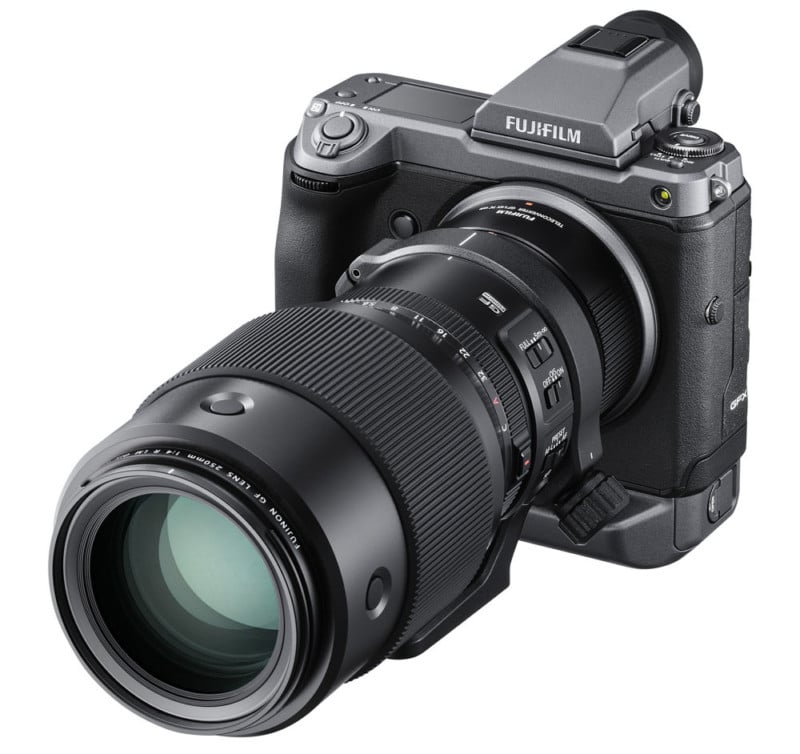 Build-wise, the GFX100 is quite tough: featuring 95-point weather sealing, the camera is dust-resistant and weather-resistant. The magnesium alloy body is also both lightweight and durable. The camera is the first in the GFX family to feature a built-in vertical grip.

“Designed for protection, the GFX100’s core imaging unit, consisting of the lens mount, image stabilization mechanism and image sensor, has been structured completely separate from the main body panels,” Fujifilm says. “This ‘double-structure’ is designed to ensure a high level of precision and robustness while minimizing resolution degradation caused by external stress to the body.”

The top of the camera features a large info display: 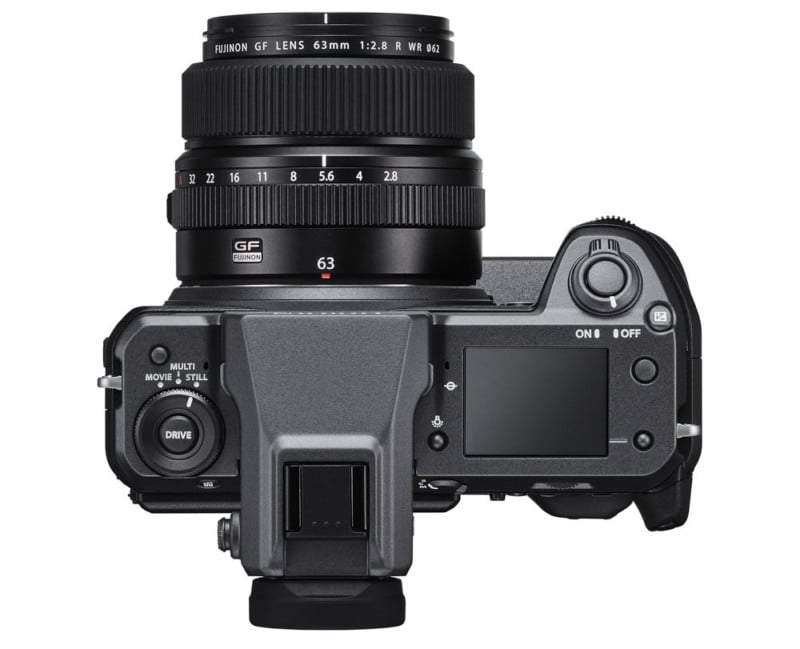 On the back of the camera is a 3.2-inch 2.36-million-dot tilting touchscreen LCD. 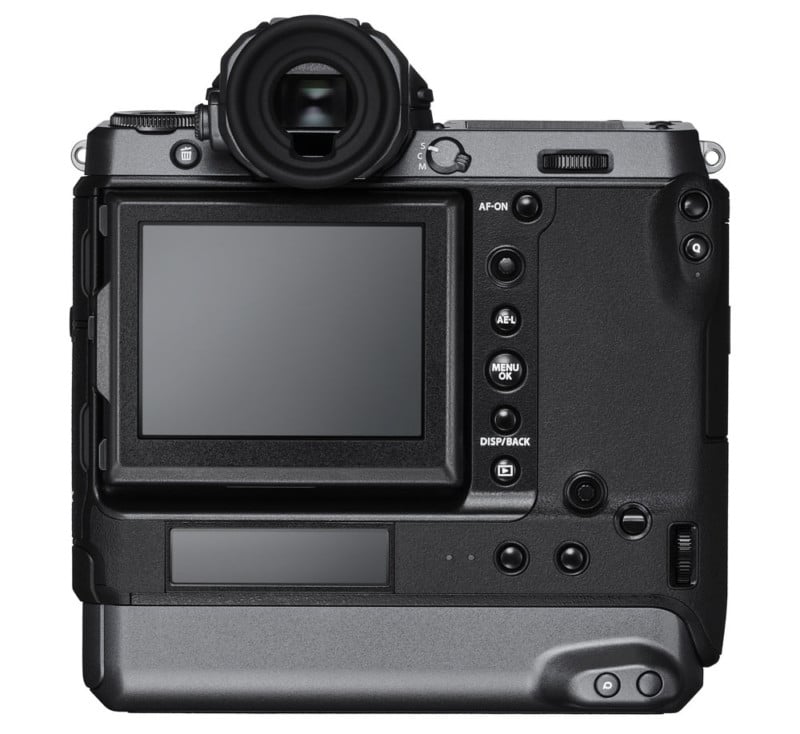 The three-direction tilt capabilities allows the screen to work well in both orientations. 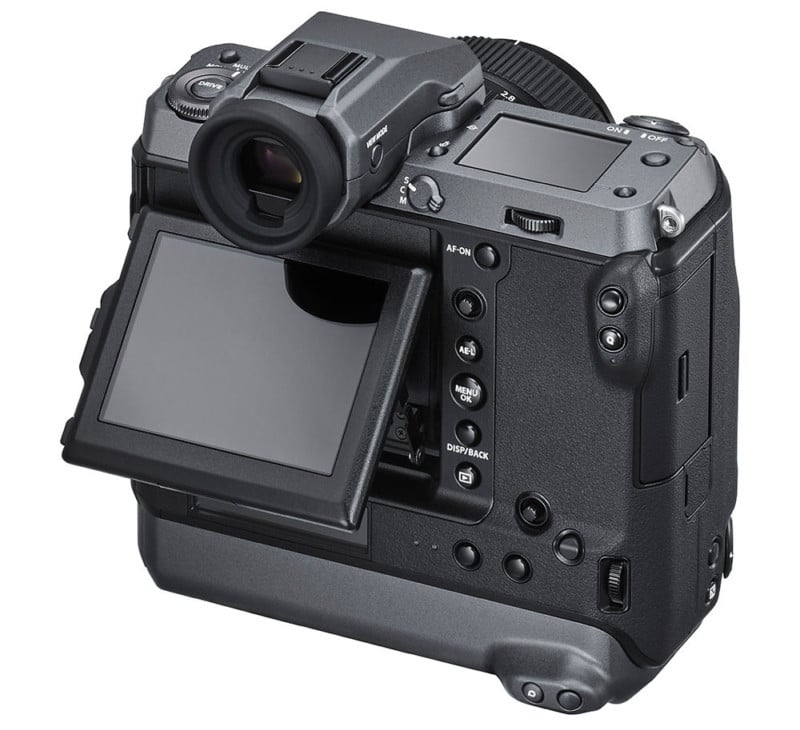 The electronic viewfinder (EVF) is interchangeable, and removing it gives the camera a smaller form factor. A swiveling and tilting attachment for the EVF can give you more flexibility while shooting. 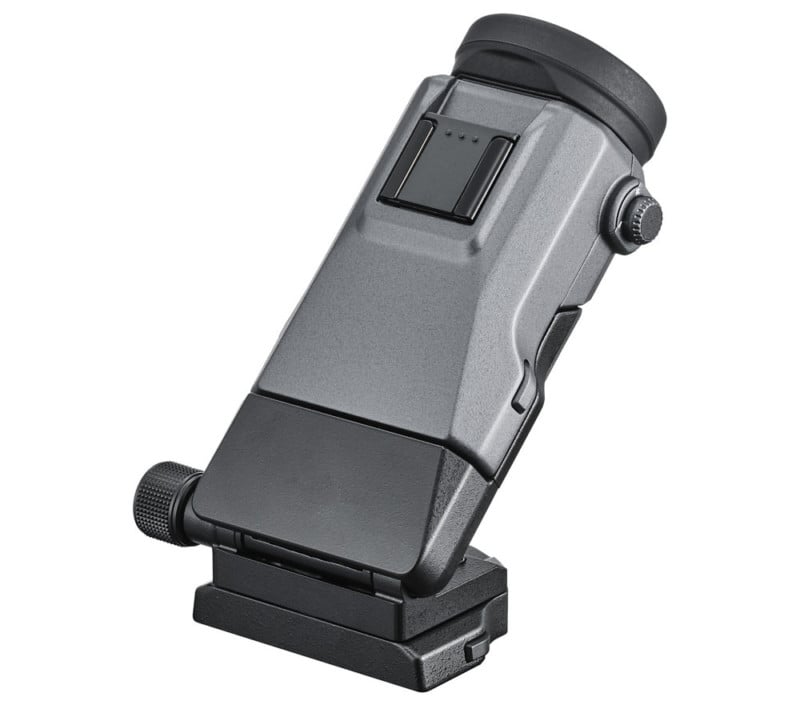 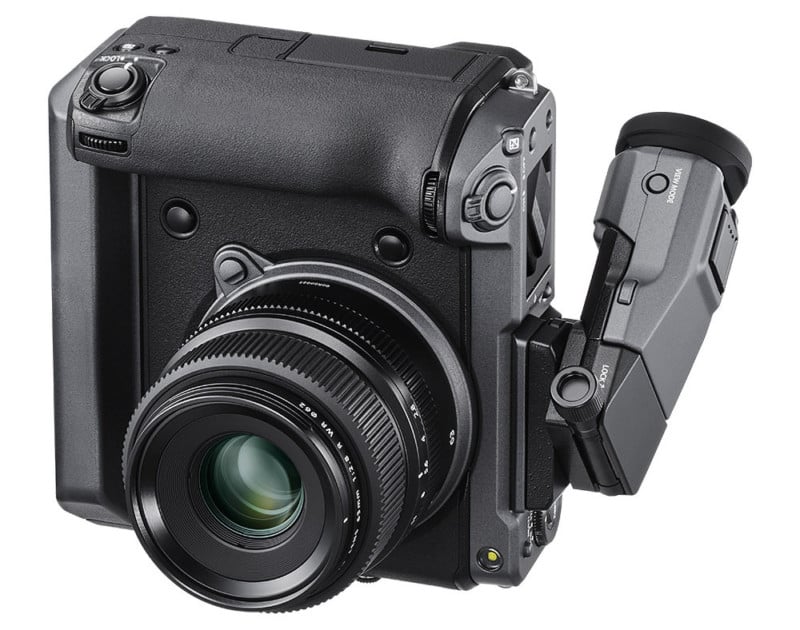 On the video front, the GFX100 is the first mirrorless camera with a sensor of this size to provide 4K/30p video recording. It can also record in F-Log Rec 2020 and capture 4:2:2 10-bit uncompressed footage through the HDMI port.

Here are a few official sample photos captured with the camera (you can download the high-resolution versions here):

Previous B&H is Replacing a ‘Subpar’ (i.e. Fake) Batch of Nikon Batteries
Next NASA Made an Ultimate Photo with 16 Years of Hubble Exposures