H&M Slammed for Photo of Black Boy in ‘Monkey’ Hoodie, Mom Hits Back

The clothing giant H&M sparked controversy this week after people noticed a photo in its online store that showed a black child model wearing a hoodie sweatshirt with the words: “coolest monkey in the jungle.” Now the boy’s mom is speaking out and criticizing the critics.

As the photo was circulated online last week and as controversy grew, celebrities began using their social media accounts to weigh in. Among them were basketball superstar LeBron James, soccer star Romelu Lukaku, and musician The Weeknd.

woke up this morning shocked and embarrassed by this photo. i’m deeply offended and will not be working with @hm anymore… pic.twitter.com/P3023iYzAb

In the year 2018 there’s no way brands/art directors can be this negligent and lack awareness. If look at other sweaters in same category they have white kids. We have to do better. pic.twitter.com/Av4bS4t6yn

Whose idea was it at @hm to have this little sweet black boy wear a jumper that says ‘coolest monkey in the jungle’?

The New York Times reports that H&M publicly apologized for the photo on Monday and promised to pull the shirt from all stores worldwide.

“We are deeply sorry that the picture was taken, and we also regret the actual print,” H&M wrote in its statement. “Therefore, we have not only removed the image from our channels, but also the garment from our product offering globally.

“It is obvious that our routines have not been followed properly. This is without any doubt. We will thoroughly investigate why this happened to prevent this type of mistake from happening again.”

But at least one person involved in the controversy is now speaking out in defense of the photo. Terry Mango, the mother of the child model in the image, took to social media to criticize the controversy.

“[I] am the mum, and this is one of hundreds of outfits my son has modeled,” Mango writes. “Stop crying wolf all the time, [it’s] an unnecessary issue here. Get over it.. That’s my son, [I’ve] been to all photoshoots and this was not an exception. Everyone is entitled to their opinion about this… I really don’t understand but not [because I’m] choosing not to, but because it’s not my way of thinking. Sorry.” 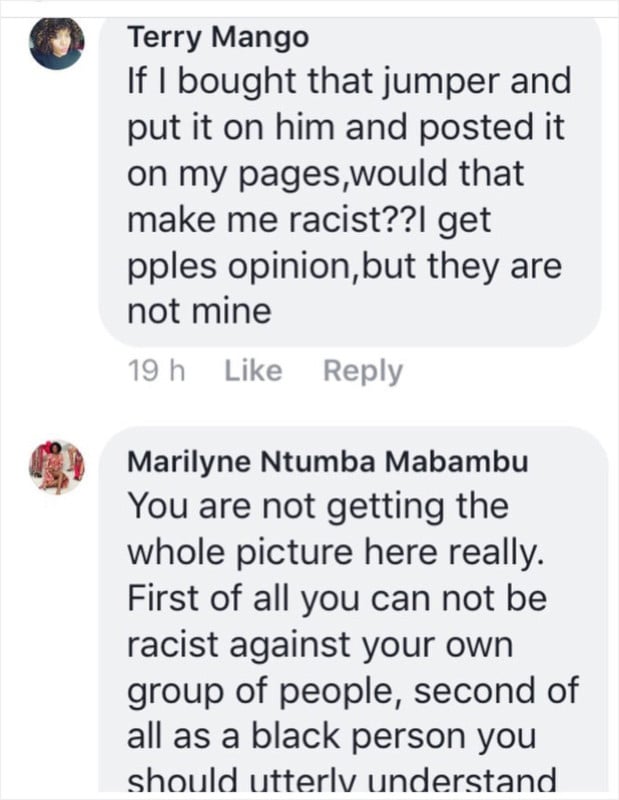 The New York Post reports that Mango’s posts have since been deleted from her social media accounts.

Previous Kodak Scanza: A New Compact Budget Film Scanner
Next I Built the First Natural Light Wet Plate Studio in the US in Over a Century