How I Wait Years to Get My Photos

There are a bunch of shots that I aim to get. I often set my bar very high so that I always have something to go out for.

I live in the Netherlands. An example of a shot I am aiming to get is a shot with the tulips, a rainbow during sunset, and a thunderstorm (with a lightning strike) to go with it. Sure, sounds crazy, but I keep going out every year to try and get it. And if I finally nail the shot and share it with the story along with it, people will say “wow you’re so lucky.” Yes, lucky, but I take my chance every time an opportunity presents itself.

Here are some examples of shots I waited years to get: A tulip shot in the morning with ground fog and a sunrise to create a magical atmosphere. This isn’t the crazy shot I still have in mind, but it’s still one to cross off of my bucket list. It took me 3 years of waiting and trying to get the tulips with ground fog. 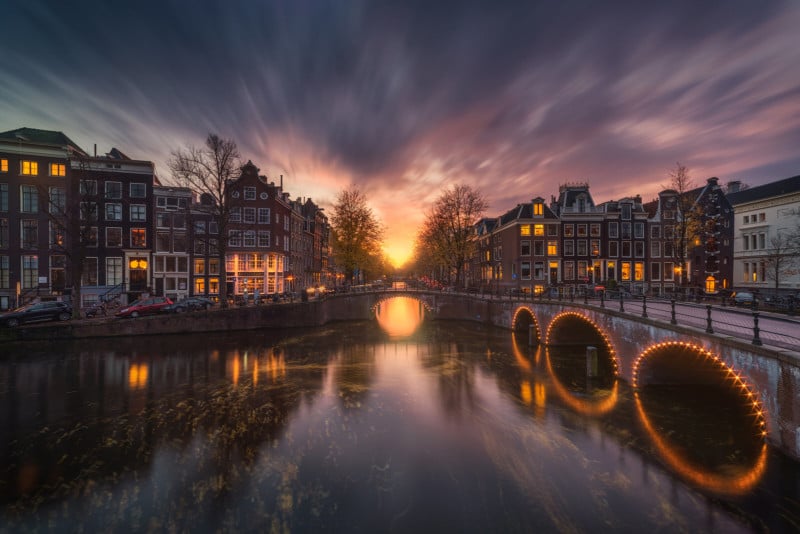 A shot of a famous spot in Amsterdam along the Prinsengracht. The sun sets right in the middle of this arch for about 1 week each year. I wanted to get this shot with the sunset and the cloud direction going at me (or away from me). So I had 1 week each year to get conditions with a decent sunset, clouds, and the correct wind directions. It took me 2 years to get (about 5 tries). 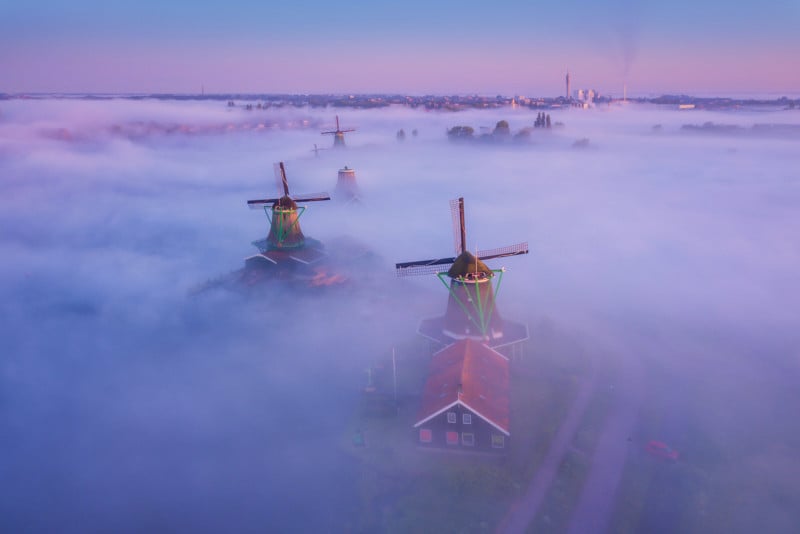 This is Zaanse Schans covered in fog. I wanted to shoot these conditions for years but the weather predictions were never great and fog like this rarely happens there. This year, the predictions were great one morning, so I went out and ended up getting this shot of my dreams. It took me one try but after a lot of waiting! 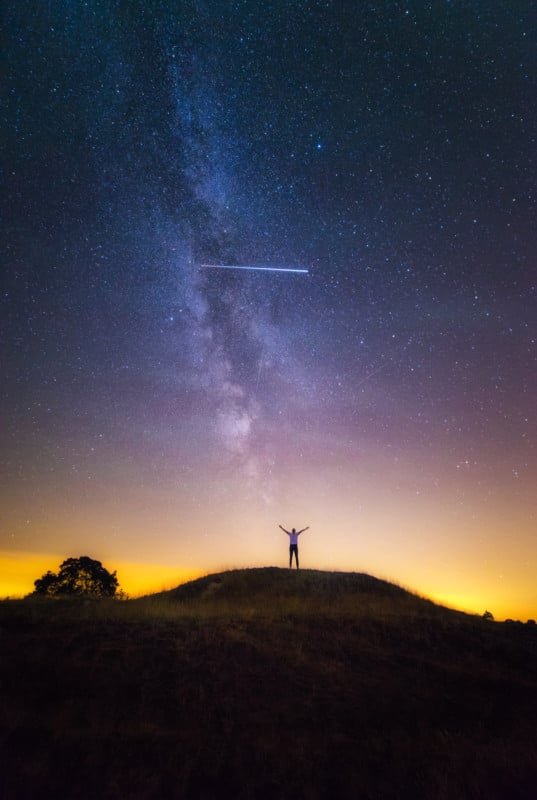 Here’s a portrait of a friend standing under the Milky Way in the Netherlands with the International Space Station (ISS) flying over him. The ISS in the frame was super lucky, but I tried to get shots like this in this particular location over 15 times. I spent a lot of nights at 3 AM trying to capture a shot like this, and sometimes you get a bit of luck to go with it. Night photography is very difficult in the Netherlands because there’s lots of light pollution and our weather doesn’t offer too many clear skies. It took me over 10 tries to get this shot.

These are just some examples to show that it’s not just snapping the camera that gets you the most amazing shots. It can take planning, dedication, lots of passion, and a bit of luck to get that amazing shot. I always try to inspire people to keep going out there and keep trying to get that shot. One day, you’ll nail it!

About the author: Albert Dros is an award-winning Dutch photographer. His work has been published by some of the world’s biggest media channels, including TIME, The Huffington Post, The Daily Mail, and National Geographic. You can find more of his work on his website, or by following him on Facebook and Instagram.