How to Balance Strobe Light with Ambient Light

For this shoot, we are using a Ford 1929 Model A with our two talents, Devyn Howard and Michael Nelson. We’re going to play around with different situations and eventually get to a night shot here. The idea is to balance the strobes with that direct sun and then into an ambient dark setup later on.

So this is the formula you need to understand.

So if it’s at f/5.6 you just keep dialing your strobe up or down until the light looks correct at f/5.6. Now you’ve got all this ambient light here. The shutter does not affect the strobe.

When you balance these two, you get exactly what you want.

Here’s our first setup and we’ll use our formula.

I’ve got our softbox off to camera left here. I chose f/5.6 so there is a little bit of depth of field and I see some detail in the background.

The power of the strobe is perfect on her face.

That’s beautiful. I just balance my strobe at 5/6 and I just open my shutter up to where all the ambient matches what we’ve got with our strobes. 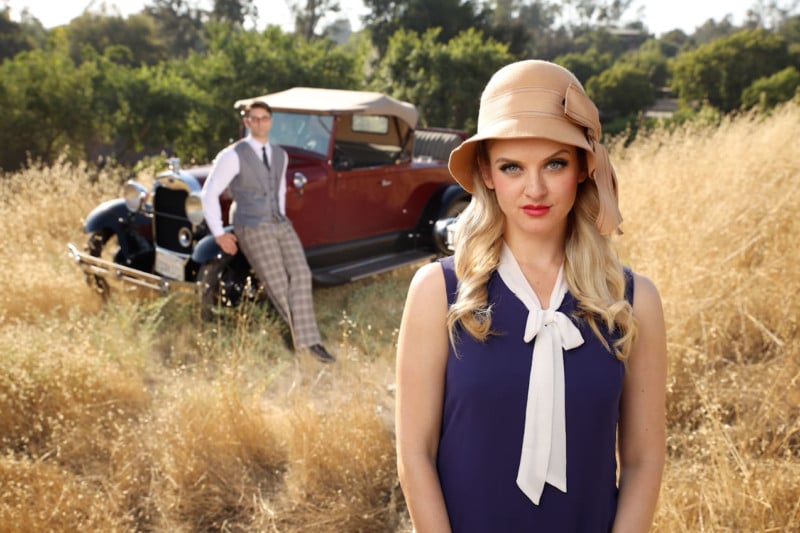 Here’s a more subtle application of the formula. First off I’m just going to take a shot of the ambient light. I’m going to keep it fairly dark. 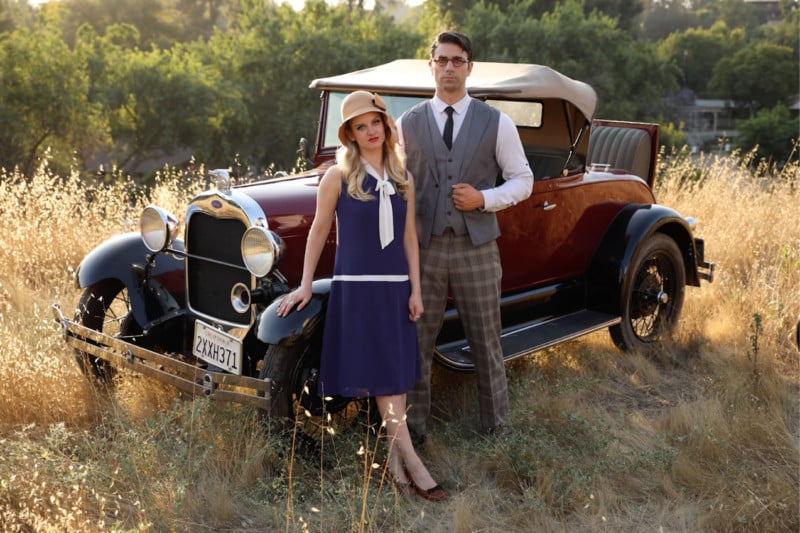 As this is a little dark, I just want to brighten it up just a little bit. I’ve gone to f/3.5 because I don’t want as much depth of field because I want the background to fall more out of focus because they are at the car and I can hold them and the car mostly in focus here at f/3.5.

So there we have it; just a kiss of light on their faces. 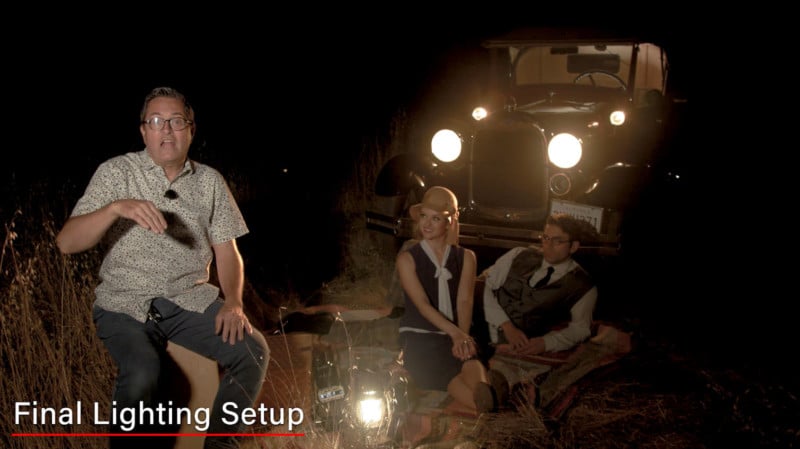 I love shooting at nighttime because you have complete control of the light. First off, we’re going to combine our strobe with the ambient light we have it the shot from the car lights and the LED in the lantern.

Starting with our aperture, we’re going to do f/4.5. I don’t want to open all the way to f/2.8 because I want enough depth of field to see the front of the car, so f/4.5 becomes what I have to balance my strobe with. 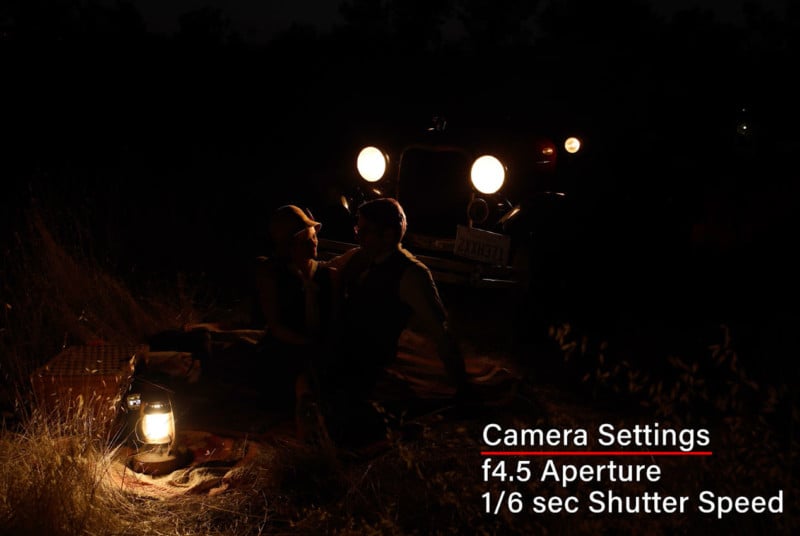 Now that I have my aperture, I’m going to lengthen my shutter until the lights from the car give me a nice ring light on my couple and now I can see the lantern in the foreground really nice.

I’m putting a little LED inside the car back there so I can open up the car just a little bit. My first strobe is an SMDV 360. These are small little strobes and I love them because they are compact and battery portable. Great little lights! So I laid that on the ground, put some diffusion overtop of it so it would wrap around them a little bit. 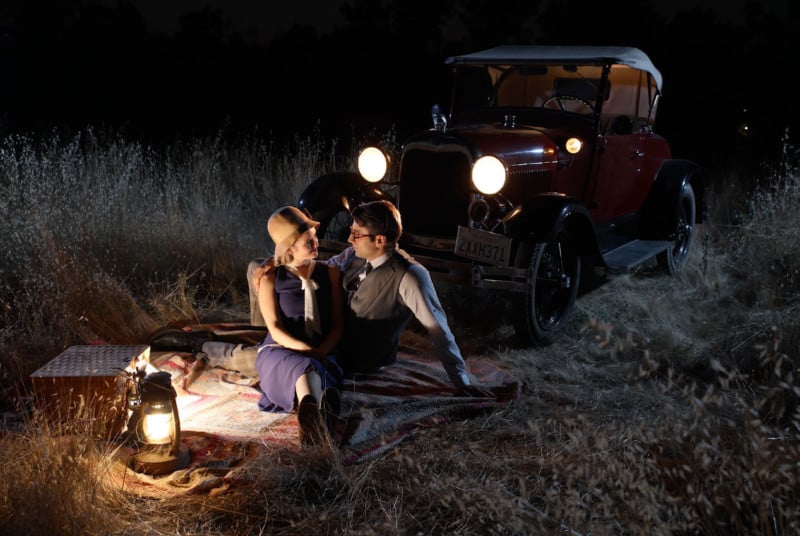 Next, I’m going to add a blue light. This is a Dynalite Baja B4 to camera left and camera right. This opens up the car, the grass, and the whole scene really nicely. Now the last thing to do is, when I put this into Photoshop, I’m going to open up the shadows a bit and that gives us a nice open scene, even though it’s nighttime.

So that’s how to balance strobes with ambient light. You’ll do it every time you shoot regardless of where you’re at because it’s seldom that you’ll be setting up strobes and you don’t also have an ambient light source you’re balancing to.

Keep those cameras rolling, and keep on clicking.

Previous I Switched from Canon to Sony 4 Years Ago. Here Are 8 Things I’ve Learned.
Next How I Shot an ‘Impossible Photo’ of an Apollo Launch in 1967