How to Use a Normal Camera and Photoshop to See Heat

Here’s a 6-minute video by photographer Kelly Hofer of Theory of Curiosity on Background Oriented Schlieren (BOS), a technique that lets you shoot photos and videos of heat using an ordinary camera and Photoshop.

The basic idea of BOS is that Photoshop can help reveal minute differences between two nearly identical photos. You first shoot a photo of a finely detailed background (e.g. a felt backdrop) without anything in the foreground. Then you can place something like a burning candle in the foreground and shoot a second photo that has air in the shot being bent by heat.

You then load both photos into Photoshop, change the blend mode of the flame layer to Difference, and voila! The heat-bent air in the shot is revealed: 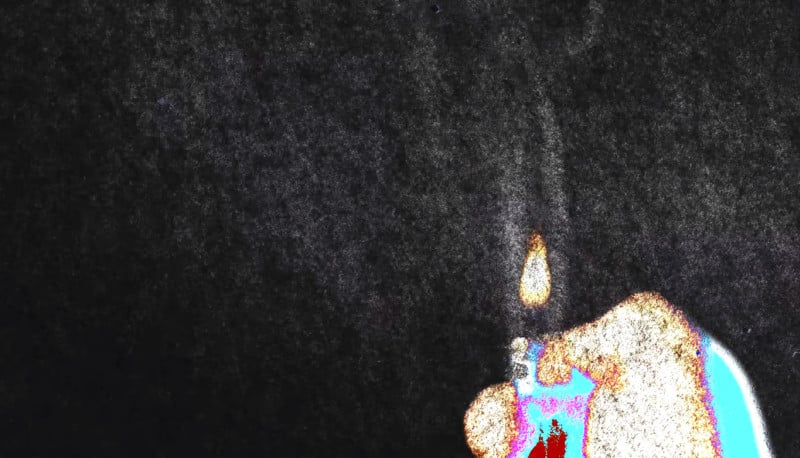 You can also make a few other tweaks to the layers to see the heat more clearly.

Hofer shares how this same basic concept can be used to visualize heat and pressure outside of controlled environments as well. For example, NASA uses the same technique to visualize the shock waves of jets flying through the sky: 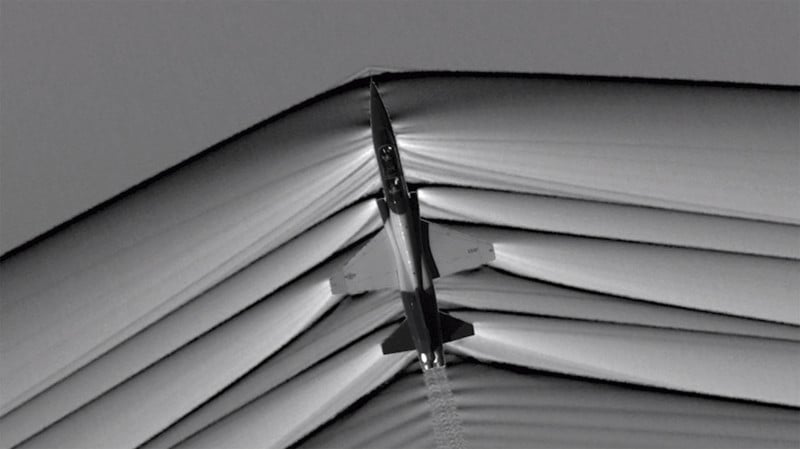 If you’re interested in this subject, here’s a more in-depth look at BOS by Professor Ted Kinsman of RIT.

Previous Mapplethorpe: A Movie About the Life of Photographer Robert Mapplethorpe
Next The Next iPhone Will Have This Huge 3-Camera Bump: Report