It looks like Huawei still hasn’t learned its lesson after getting caught faking smartphone photos in ads multiple times. The company’s latest teaser ads for the upcoming P30 Pro smartphone imply that they show sample photos, but they don’t.

You may remember that Huawei tried passing off a Canon 5D Mark III DSLR photo as a P9 shot back in 2016 and another DSLR shot as a Nova 3 selfie in a 2018 commercial.

“The photo, which was professionally taken while filming a Huawei P9 advert, was shared to inspire our community,” Huawei wrote after the 2016 embarrassment. “We recognize though that we should have been clearer with the captions for this image. It was never our intention to mislead. We apologize for this and we have removed the image.”

Fast forward to this month, and Huwei just uploaded a series of teaser ads to its Weibo social media account to promote the March 26 P30 Pro announcement. Here are a couple of them: 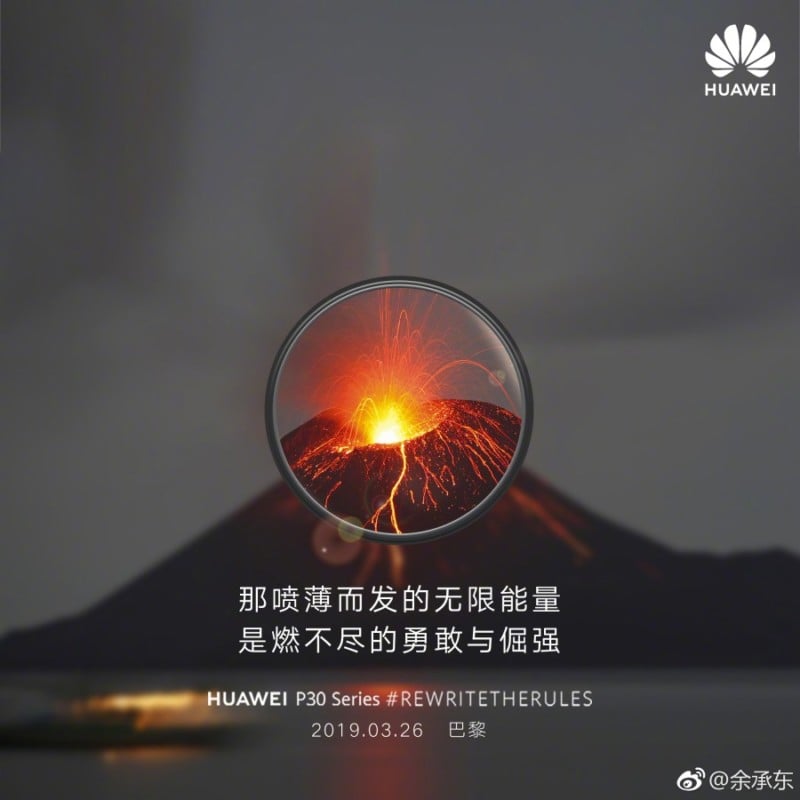 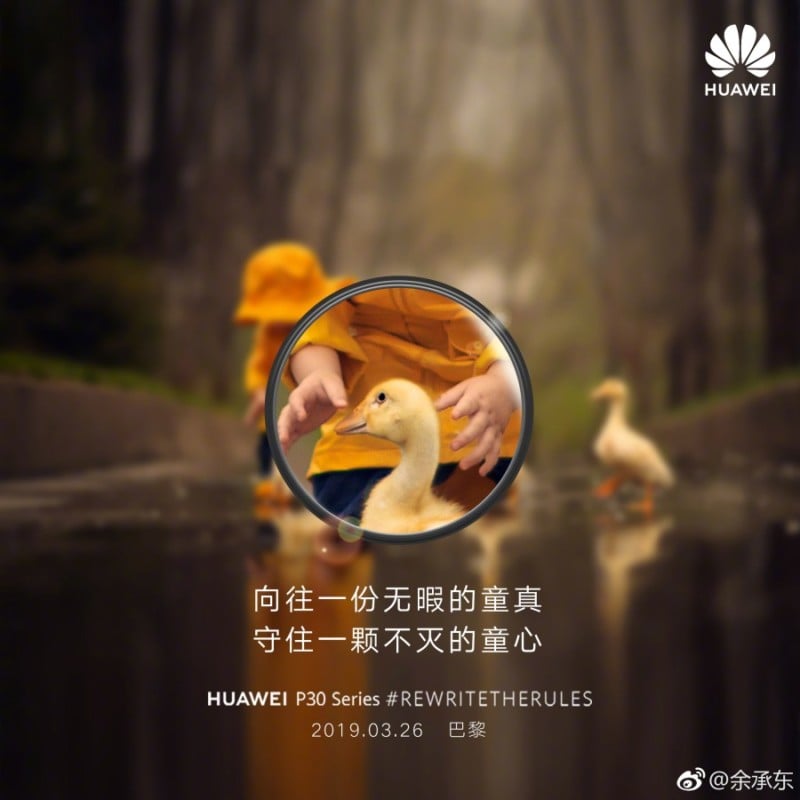 As you can see, the ads seem to show a loupe that provides a closer look at the details of each blurred photo. The P30 Pro will reportedly feature a powerful periscope zoom camera, so observers naturally assumed Huawei was teasing the P30 Pro’s zoom powers and image quality.

But GadgetMatch did some digging, and a reverse image search revealed that the volcano photo was actually published by photographer Tom Pfeiffer on Flickr back in 2009. And it’s also available as a stock photo on Getty Images, where Huawei likely licensed it from for the ad.

And that photo of the child in a yellow rain jacket? It appears to be from this same photo shoot by photographer Jake Olson from a few years ago: 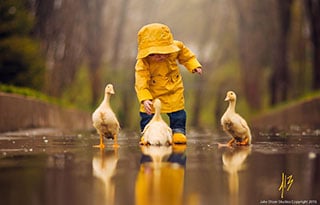 After getting called out, Huawei quietly updated the ads with a disclaimer in the corner saying that they’re creative ads meant for reference only.

Having compared the “fake” Huawei P30 sample shots grabbed by GSMAreana with the ones in Richard Yu’s weibo post, it’s safe to say that Huawei updated the pics with a disclaimer *after* being called out. This wouldn’t have been an issue if this was done in the first place. pic.twitter.com/8RmRPFWcIO

And just like in the 2016 controversy, Huawei released a statement to media outlets stating that it was a “misunderstanding” and not an attempt to deceive.

“We’ve been made aware that there might have been some misunderstanding regarding our recent HUAWEI P30 Series teaser posters,” Huawei tells The Verge. “We would like reiterate that those are, in fact, only teaser posters, and are only intended to hint at the unique new features that will come with the HUAWEI P30 Series. Huawei has acquired the licenses to the original images and the posters are artistic renditions of said features only.”