The new Huawei P20 Pro smartphone boasts what Huawei claims is the best-ever smartphone camera. It has a combination of three sensors with individual lenses, a 40-megapixel (yes!) 1/1.7-inch color sensor (significantly larger than the 1/2.9-inch sensor in the iPhone X), a 20-megapixel monochrome sensor (both these sensors are approximately equivalent to a full-frame 27mm lens), and an 8-megapixel 80mm-equivalent lens for zooming.

It seems that the three cameras work together and the system uses data from a combination of all three to generate the composite image. This helps drive the phone’s max ISO up to 102,400 – and this is even before we start looking at the algorithmic tricks it uses for long exposure but stable night shots.

So…. how does the resolution of this smartphone camera (albeit a good one) compare with a 50-megapixel dedicated full frame Canon DSLR? Let’s look!

I put the Canon 24mm f/2.8 IS prime lens on the 5DS R, as that would be a reasonable comparable to the 27mm equivalent on the phone (when taking into account the difference between 40 and 50 megapixels). Both were set with everything in ‘Auto’ mode (P mode on the Canon.)

So, here are three pictures: 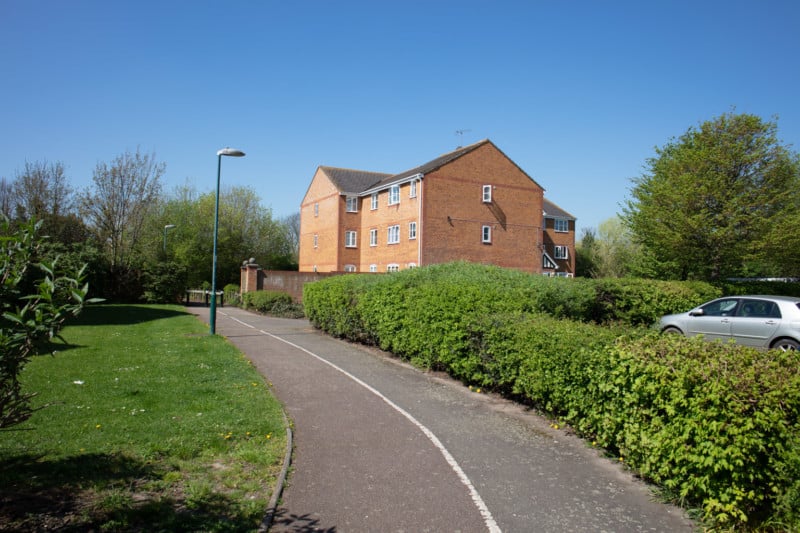 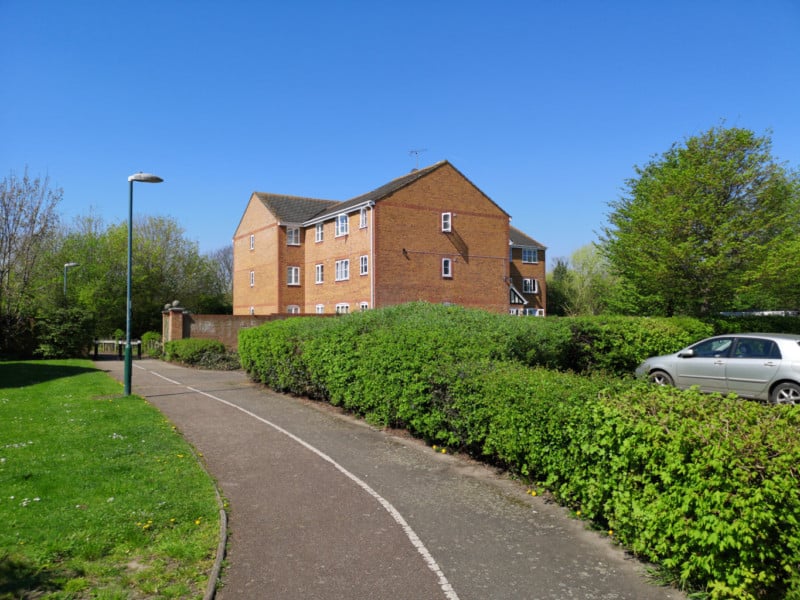 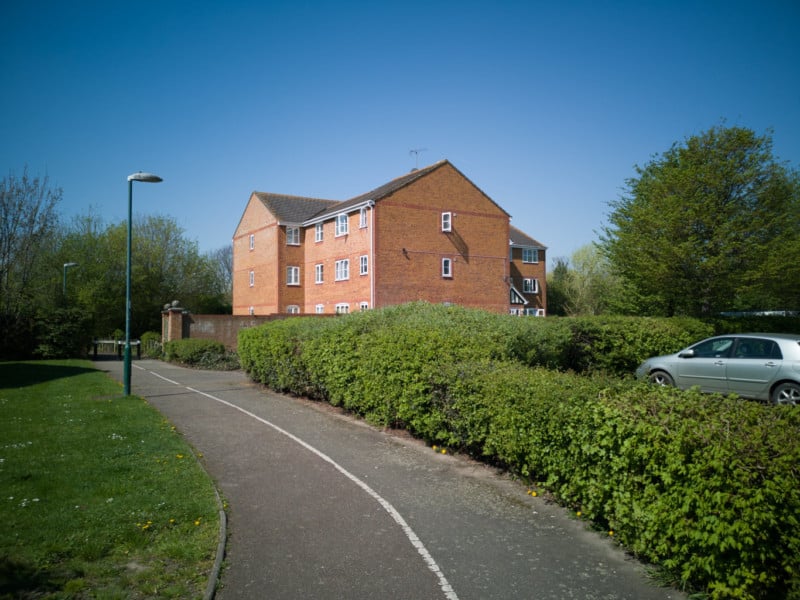 The top image is the 5DS R, the middle is the P20 Pro JPEG, and the bottom is the P20 Pro DNG file straight out of the camera. Clearly the P20 Pro has some vignetting issues to deal with, but otherwise, not bad. Also note how it is clearly so much easier to get things straight on a cellphone than with a heavy DSLR!

Of course, at this low resolution, even photos taken with a vintage point-and-shoot from the year 2000 are going to look okay. “Show me the crops!” I hear you shout.

Sure thing… 1:1-pixel crops coming up. 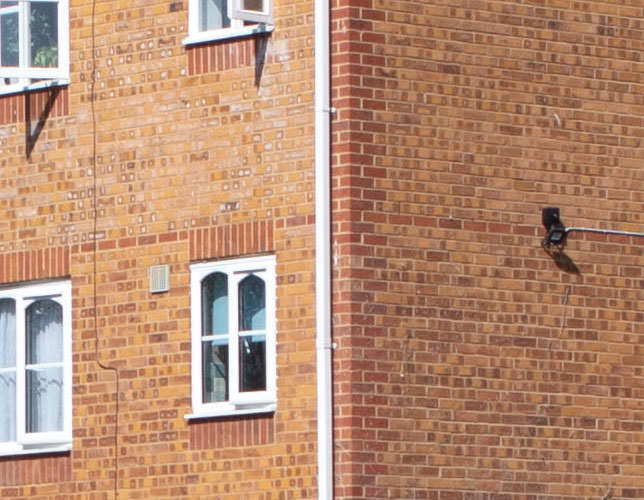 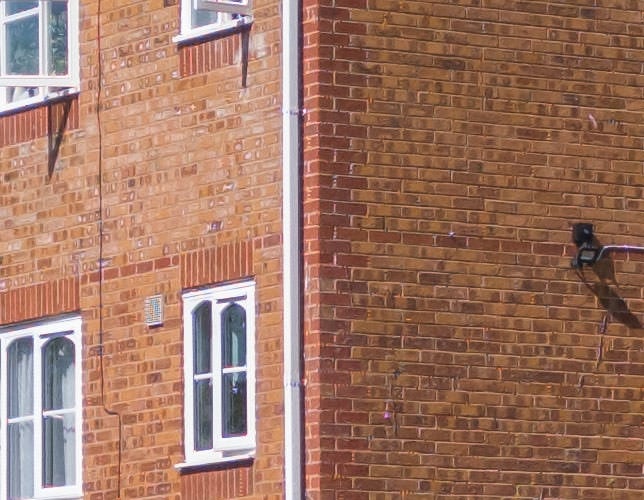 The crops are taken from the center of the image — as you move out on both systems, the quality deteriorates.

Now, there are some things that are clearly obvious such as some purple color fringes (see the cable running from the security lighting on the right of the lower photo – but you have to agree that the P20 Pro is doing a mighty good job so far. 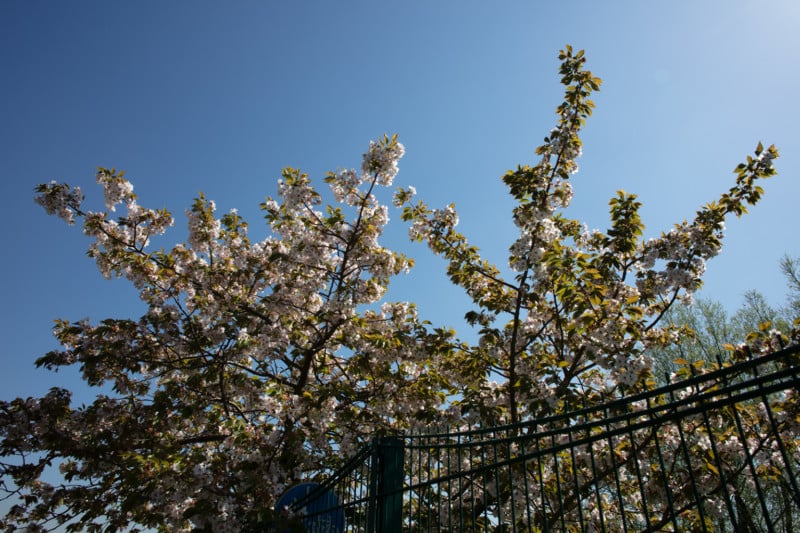 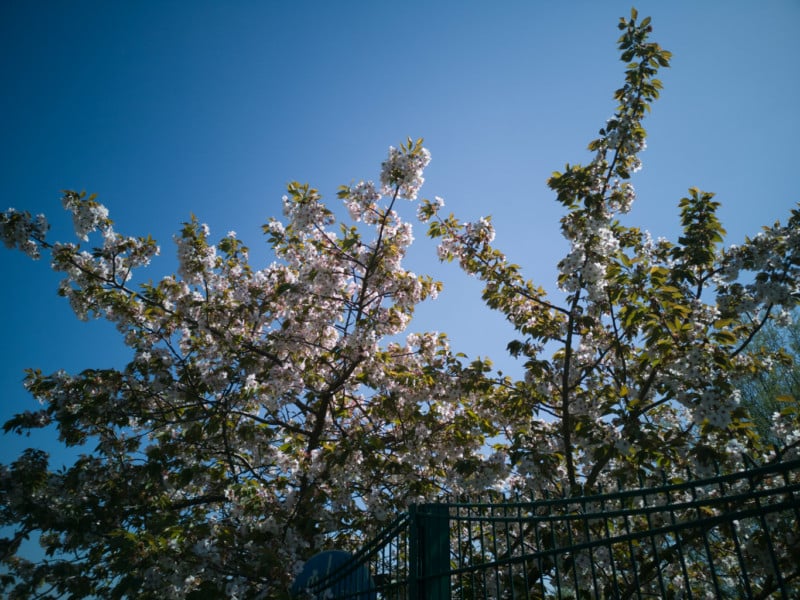 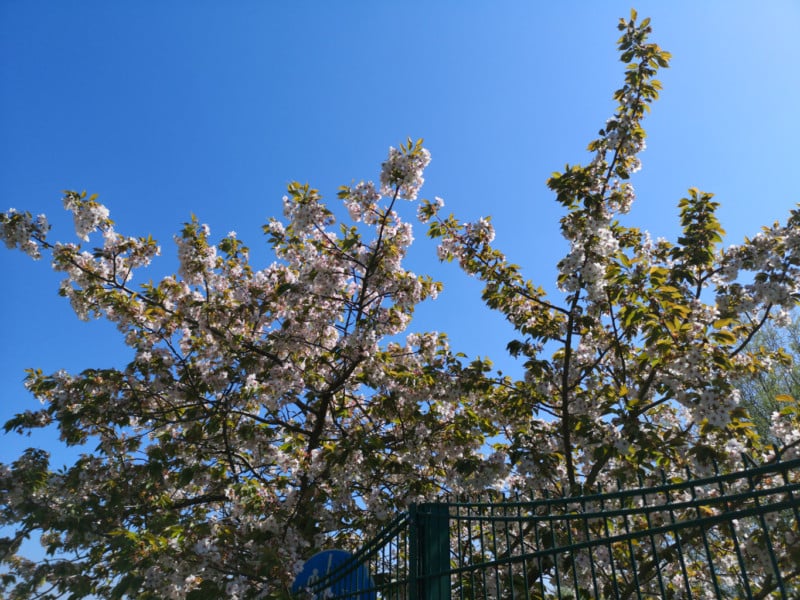 So, you can see the P20 Pro does a quite dramatic JPEG recovery in-camera, fixing the vignetting and boosting the colors and levels to create a rather nice photo (if you want a simple image with no extra work as most phone users do.) 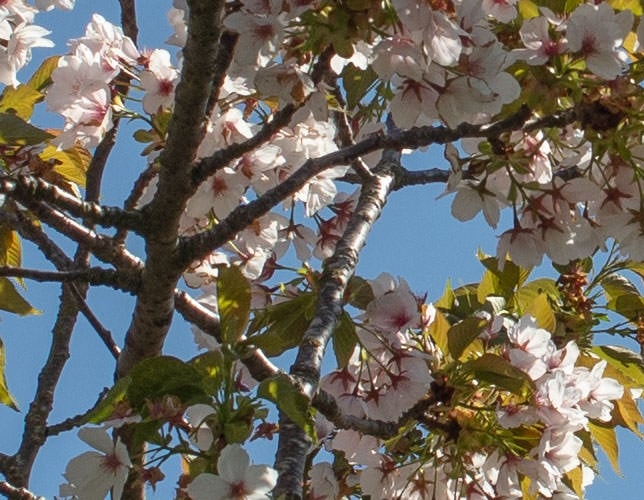 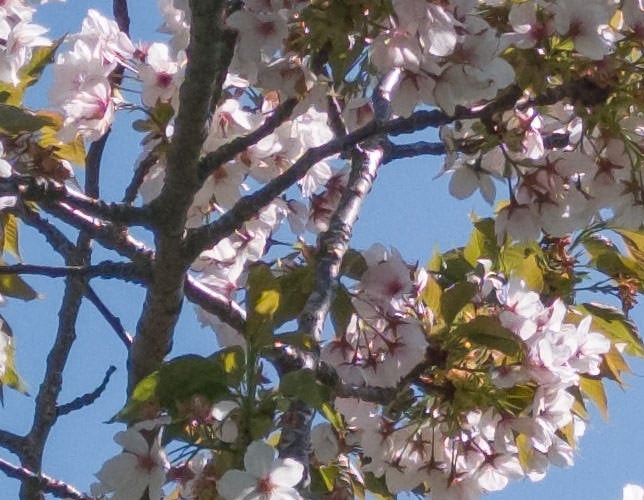 Now let’s concentrate on crops. Here’s the original image from the P20 Pro (with numberplate masked out) 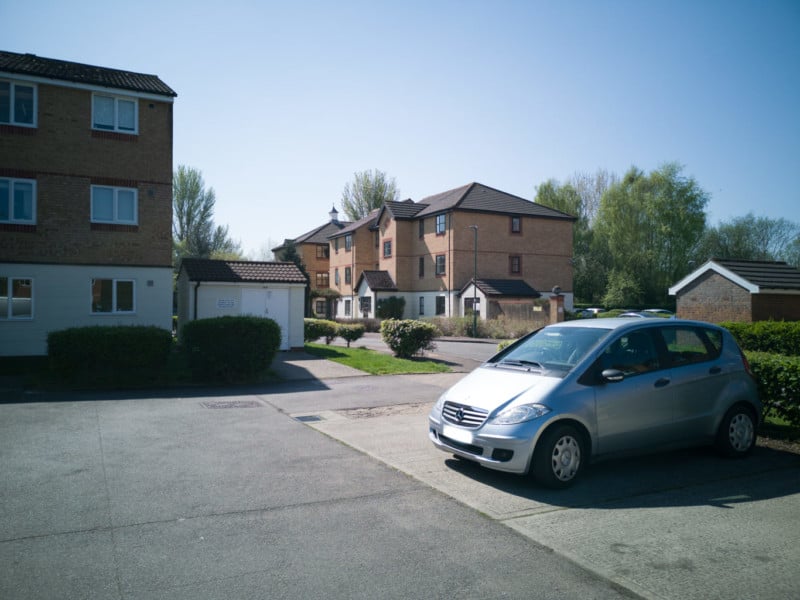 And here are the crops from the 5DS R version first, then the P20 Pro version 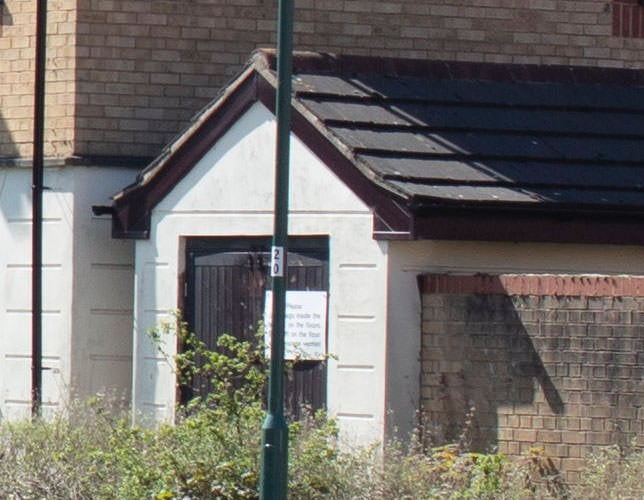 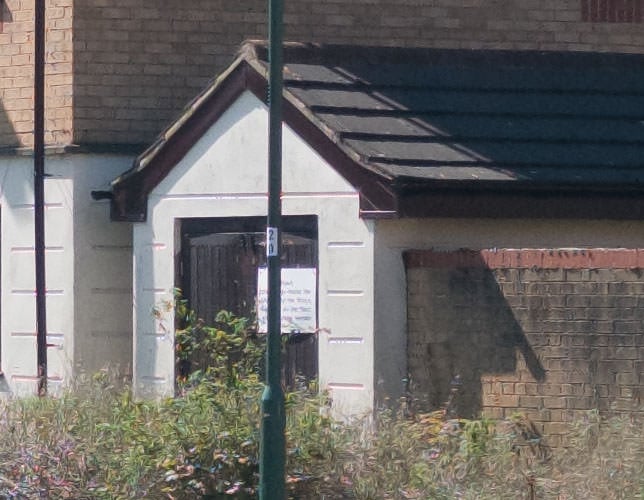 So, color fringing is quite noticeable. This is likely because of the ‘Quad Bayer Filter’. What this means is that the Bayer filter has a resolution of 10 megapixels rather than 40 megapixels, so each block of 4 pixels shares the same color. This does allow for some good in-camera auto HDR tricks but it does mean when shooting 40-megapixel images you get this fringing.

But let’s disregard that for a moment and instead be astounded at the level of detail that the image has compared to the very much more expensive 5DS R.

And don’t forget, when shooting mono on the P20 Pro it switches to the mono sensor (I confirmed this, it’s using the different lens and isn’t simply discarding color data from the main sensor) which of course has no Bayer filter to get in the way.

And, of course, we still have to wait for profiles in Lightroom to improve the P20 Pro raw images. In the meantime, I tried manually. And this is what I got: I’ve put the 5DS R image again below so you can compare. This time, the P20 Pro photo is at the top. 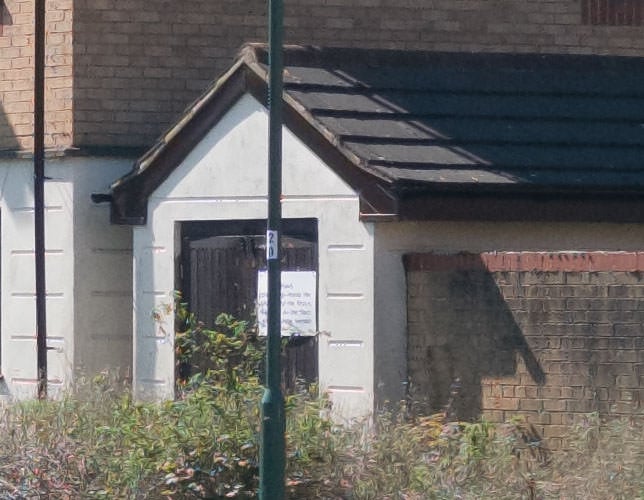 So. In a word. I’m astounded. Ok, that’s two words, but I’m hoping you’ll let me off in these circumstances.

I’m going to try every trick I can, except using a tripod because that’s cheating, to get the 5DS R, which isn’t known for its low light performance, to have a fighting chance. Remember, it’s a $3,000+ full-frame camera fighting a cellphone.

So here’s the P20 Pro (unaltered) trying to take a photo in our bathroom with the light off and only some reflected light coming through the open door. This was the darkest corner. 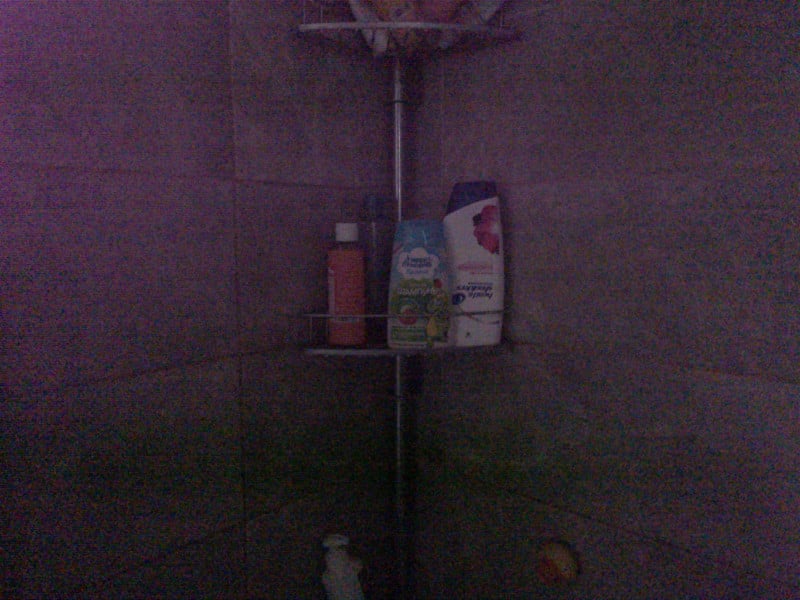 Well, after shooting 13 different photos manual focus, I finally got one good photo that could be boosted in Lightroom to give this: 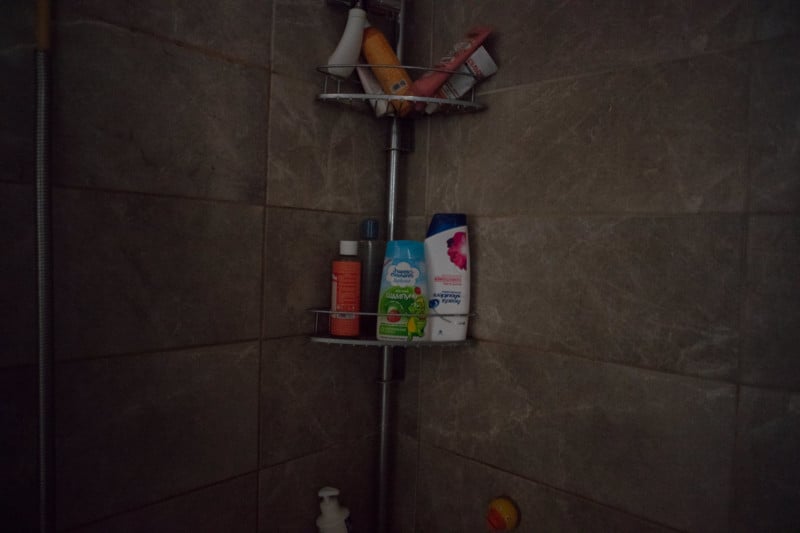 But it was far from easy. The viewfinder was pitch black, focusing didn’t work.

Now, let’s try the P20 Pro’s fabled low light mode. This takes a six-second exposure and uses digital stabilization to combine these into a single image. But it does it quite cleverly so that if you have movement in the image it takes a single frame as the base and uses the other images to intelligently update the image. 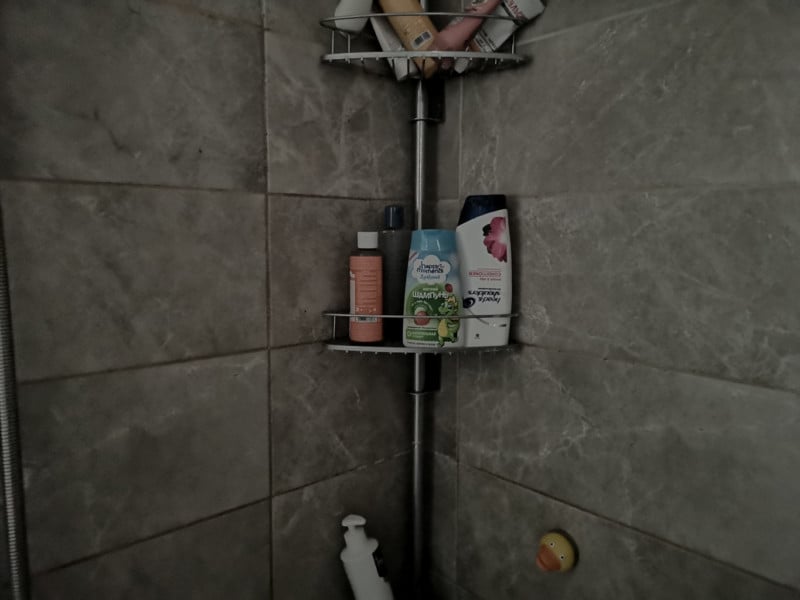 Now, this does have some artifacts, here’s a 1:1 crop from above. 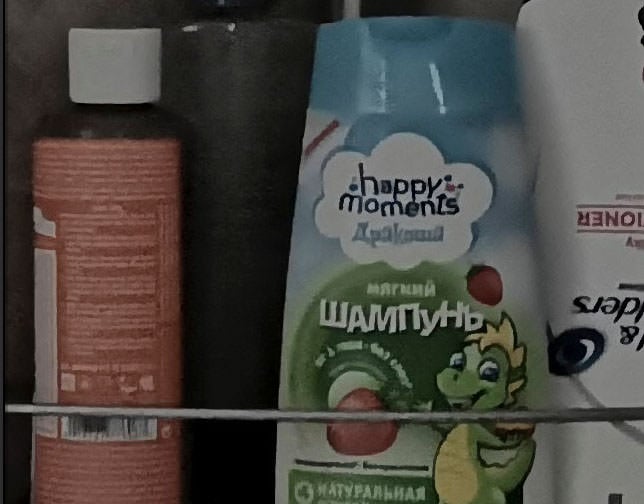 The artifacts are very similar to those seen when we use the digital zoom (see below), but the end result, when not viewed too closely, is truly impressive.

Zoom is another thing altogether. One annoying thing is that you can’t simply select a particular lens on the P20 Pro and shoot with it in RAW. You only get raw files out of the 40-megapixel color sensor or, if you switch to mono, from the 20-megapixel mono sensor.

Unfortunately, most people are going to do what I did yesterday, and that’s just bang it on maximum zoom and try our luck.

We’re not very lucky it seems. 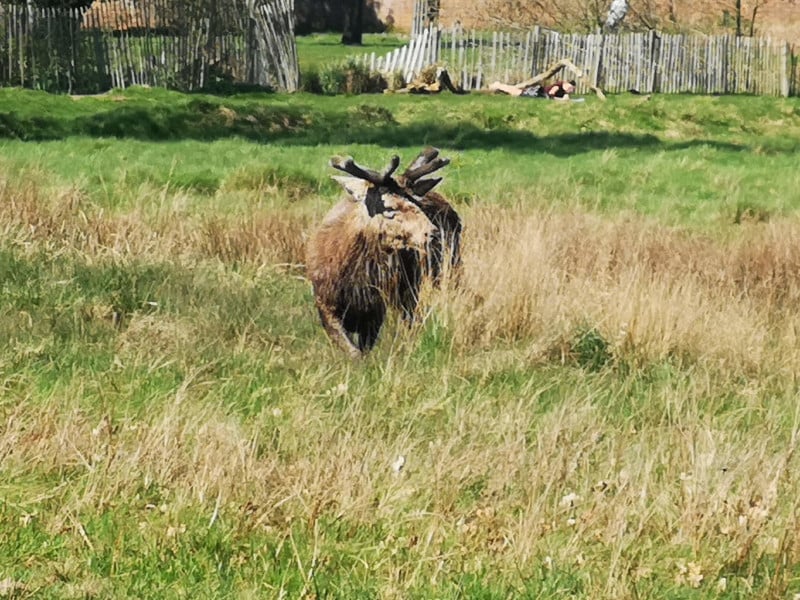 So, the conclusion? I certainly won’t be giving up my 5DS R in a hurry, but the quality of the photos from the P20 Pro is astounding. And what’s more, this is a clear indication of the importance of computational photography and how this will become the leading factor in the success of mirrorless cameras as these develop.

Note: The P20 Pro was bought by me personally and is not a review item or freebie in any way!

About the author: Jolyon Ralph is a photographer who writes about Canon EOS cameras and lenses. The opinions expressed in this article are solely those of the author. You can find more of his work and writing on his website. This article was also published here.