A 22-year-old model in Vancouver, Canada, was hospitalized with severe burns across her body last week after posing for a photographer’s shoot that involved fire. She’s now warning models of the dangers of accepting risky shoots.

22-year-old Robyn-Lee Jansen, an international student who works as a part-time freelance model, says she arrived at a photo shoot on June 13th after responding to a photographer’s freelance modeling job.

“[T]he photographer wanted to work with fire (behind me from a distance) in order to create some awesome shots,” Jansen writes. “He had been vouched for by a few other models and had assured me this was safe. He said that he had never had a problem with fire shoots in the past.”

Jansen says that when it came time to add fire to the shoot, things became chaotic.

“The shoot went fine until we got to the fire bit,” the model says. “The photographer seemed rushed and his family had called multiple times as we were running a little late. He proceeded to work with fire behind me, and then yelled, ‘stand still, this part gets tricky!’

“Before I could even ask what he wanted to try, or any sort of explanation, he squirted a bottle of liquid paraffin oil while standing closer to me. The next thing I knew, I was up in flames.” 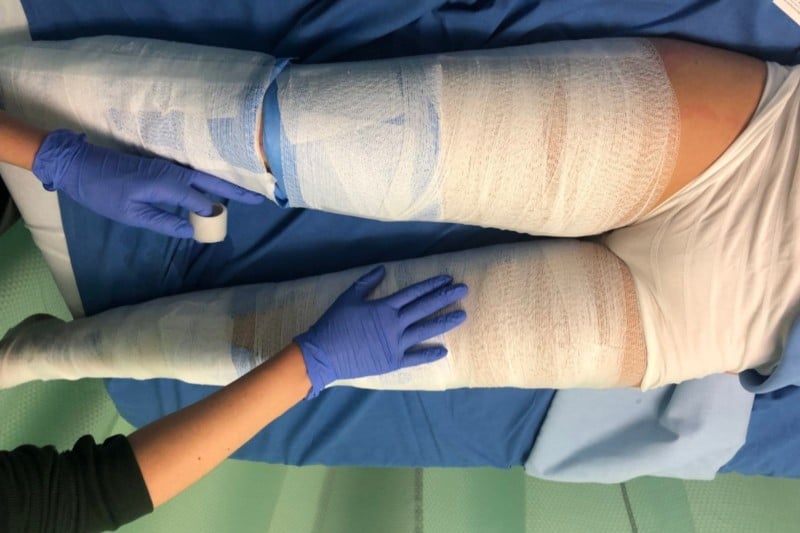 Jansen then spent several days at Vancouver General Hospital recovering from her burns as they blistered and required wound debridement (the removal of dead tissue). Jansen says that some of her procedures were the most painful things she had experienced in her life, that she has nearly fainted from pain, and that she’s had trouble walking on her own. 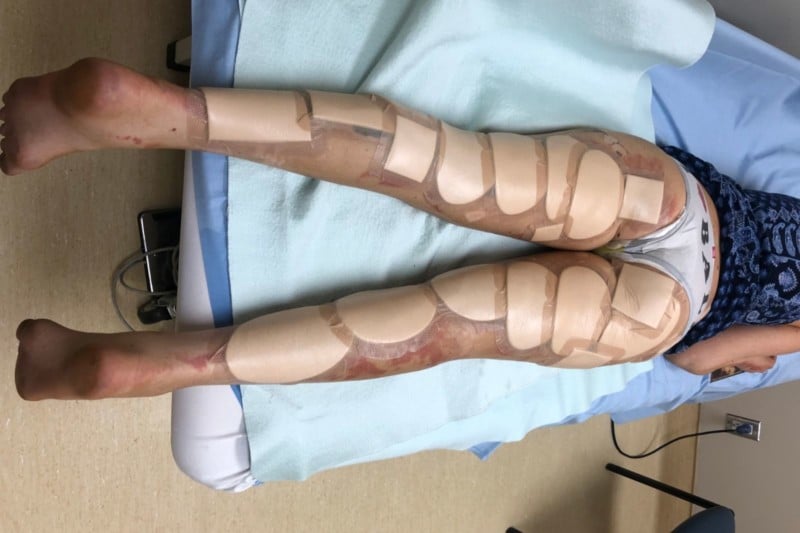 Jansen says she’s considering filing a lawsuit against the photographer, but lawyers have advised her that it might not be worth it given how expensive the legal fees would be.

The model has since set up a GoFundMe fundraising page for people who wish to assist her financially in her recovery — the campaign has already exceeded the initial $5,000 goal in just the first 48 hours.

Hey friends🖤 • So here’s me not having fun, while I wait for my pain meds to kick in, so the doctors can attend to my wounds. I’ve been in a ridiculous amount of pain, but the doctors said I’m healing well. • So I usually don’t post anything super personal, specially not with me looking this gross. But a lot of you have been asking me exact details of what happened, or how to help. So I’ve created a GOFUNDME to share my story. Any bit of help will be much appreciated, even if it’s just sharing my story, so other models can ensure they don’t end up like me, or worse. • The full gory details including pictures can be found in the link below, and in my bio • • • https://www.gofundme.com/robynlee-needs-help-with-burn-recovery • • If you’ve read this far and taken a look, thank you so so much 🖤

“This was a horrible and horrific accident that I believe was caused due to negligence and recklessness on the photographer’s behalf,” Jansen says. “Please more than anything take my story and let it raise awareness of the dangers of accepting risky shoots.

“I honestly thought this would be an awesome concept. The photographer assured me it was safe, and had been vetted by other models. Don’t trust other people’s words when going into a risky shoot. Demand that there be safety procedures in place.

“And if the photographer can’t guarantee or provide them. Then just don’t do it. It’s not worth your time and safety.”

(via robynlee.97 via Daily Hive)