Breaking News
Home / Inspiration / Is it Wrong to Photograph ‘Light’ in Street Photography?

Is it Wrong to Photograph ‘Light’ in Street Photography?

There is an observation about stand up comedians that once they reach a certain level of fame their material becomes less about “grounded” observations and criticisms and instead becoming more about airplane food and hotel rooms.

Their lives are changed by their fame, they adjust their view, and therefore their jokes to the issues that now present themselves — the travel experiences from their tour — are perhaps less relatable than the original work which brought them their fame in the first place.

I think there are a few areas of photography that this analogy could be used to explore, but the one that hits closest to home for my own work is the way that some street photographers, myself included, have been photographing “light” instead of working towards “actual” street photographs.

When I say “photographing light,” what I mean is that the main interest in the image is the specific “light architecture” as opposed to a certain moment involving interacting “alive” elements. Composition for this style is based around exposing for deep shadows and bright highlights, and any living element is often more representative than unique-character based. 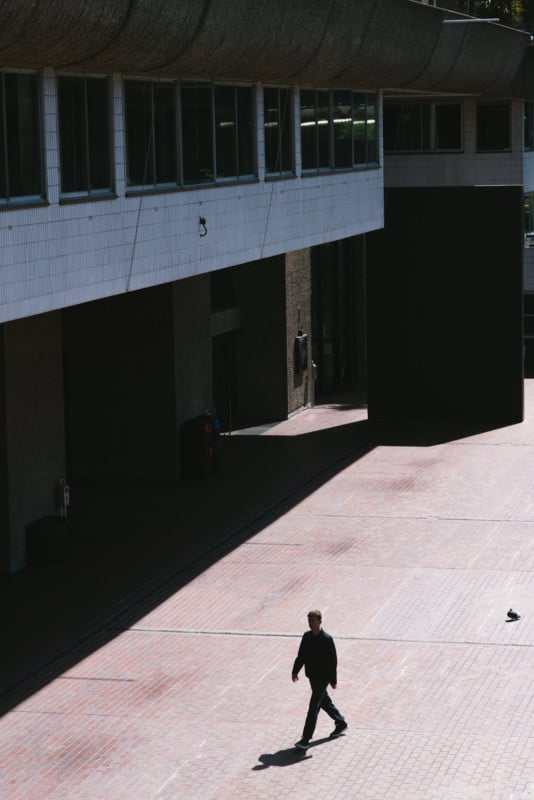 When first learning photography many of us learn that light is the most important thing and take this at face value, leading to searching for light as a subject in and of itself rather than using it to inform a more overarching scene.

For example, I would say that this photograph is a light-architecture shot rather than a street photograph: 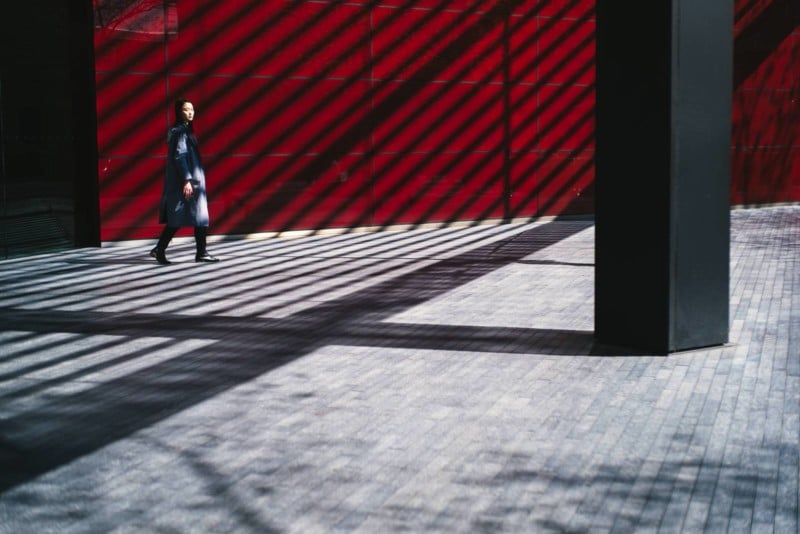 Even though there is a human element there is nothing about the image that shows the human condition, without reading a lot into it. In a photograph like this, the human element is more for scale and atmosphere, and as a blank slate for the audience to project onto, rather than being any kind of specific emotional observation or energy charged scene in which something is actually happening. 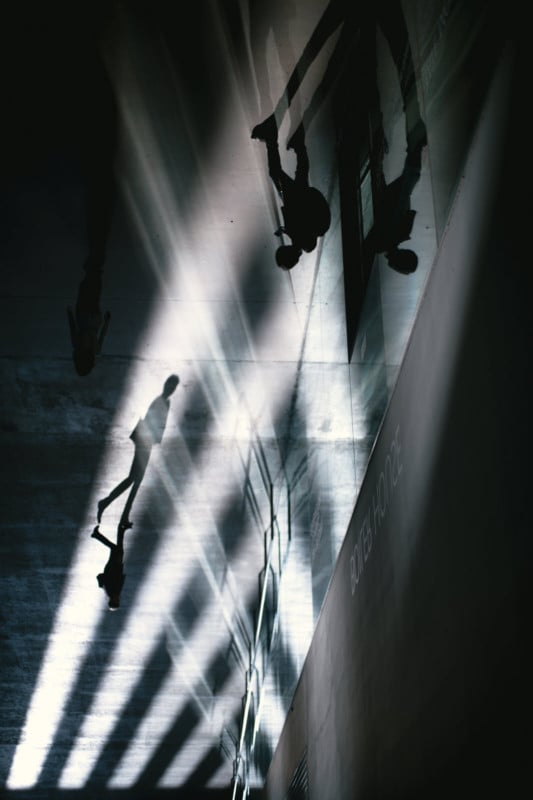 I think there are a few reasons that light-architecture has become prevalent, and I don’t necessarily think it’s a bad thing. There can be a beautiful aesthetic to these images, and I don’t think they’re invalid artistically. However, I don’t really classify them personally as street photography.

Although the definition of street photography is constantly shifting, I think it is important to maintain a certain level of criteria and to create new terms to refer to new niches that come into existence. By being specific about the genre we are shooting, we can play more with the ideas from those specific genres and have a good understanding of what each approach offers rather than diluting our understanding by referring to images produced with a vastly different approach, style, and final result as being the same thing. 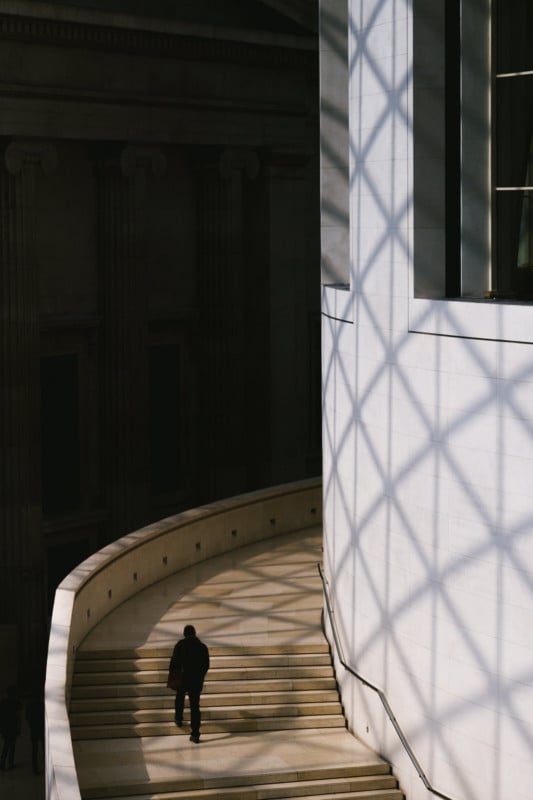 A common metaphor for different approaches to shooting street photography is that you can be a hunter or a fisherman.

Light architecture images invariably fall into the “fisherman” approach. You work until you find the correct background, with interesting patterns or qualities of light, and then wait for interaction between that light and your character/characters.

“Hunting” in street photography is a more spontaneous approach, which involves fast reactions to circumstances and action occurring around the photographer. In my experience hunting is more difficult to master, but more rewarding with every keeper. 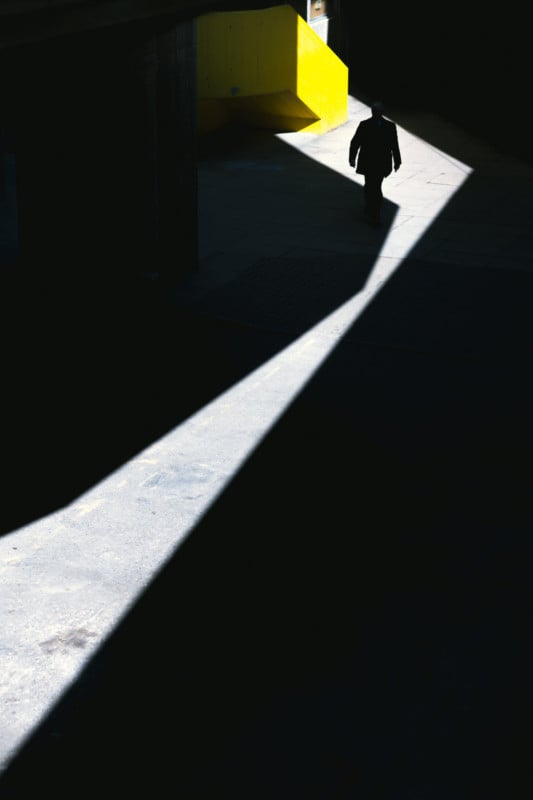 Light-architecture photography is a very prevalent style in New Wave street photography circles, which tend to emphasize atmosphere and mood and protect the anonymity of their subjects through obscuring and silhouetting them, to use them as “figures” rather than people. As street photography increases in general popularity, it has begun to share an aspect with landscape photography, becoming more “location” based rather than focused on fleeting moments. 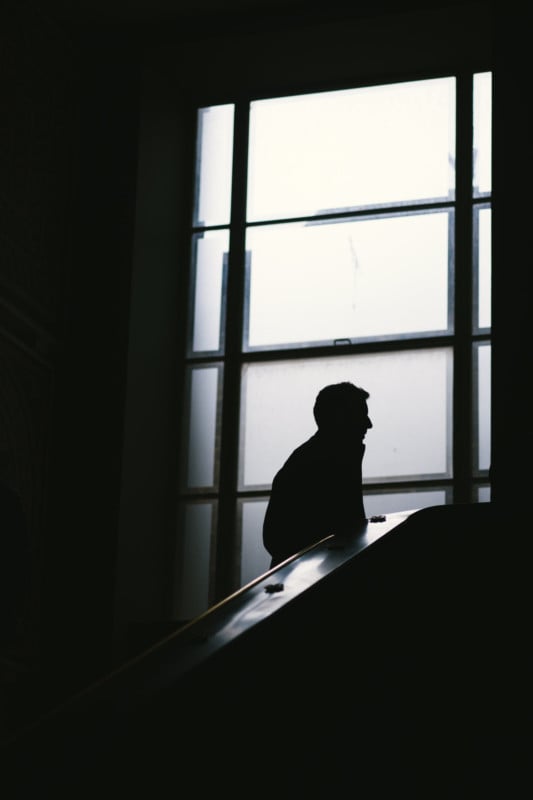 Again, this is not necessarily a bad thing, but it can be very easily influenced by the echo chamber of Instagram, leading to many similar shots from the same location. Once a “location” is known, anyone can shoot it and create roughly the same image. A true “moment” however is much harder to replicate or stage, and makes for a more engaging image both in the creation and as an audience enjoying something more unique. 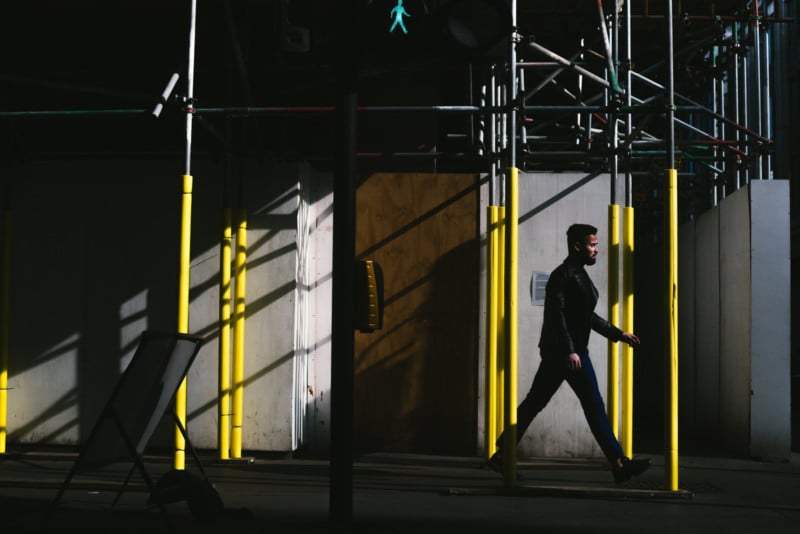 I’ve recently begun to try and force myself away from light architecture, and more towards hunting in street photography. However, I will not avoid these images entirely — my approach to these light-architecture images is now to incorporate them into my projects as B-roll and filler, to break up my “true” street and journalistic work. In the language of cinema, I treat my light-architecture images as establishing shots and tell my actual stories in the mid-range photos and close-ups. 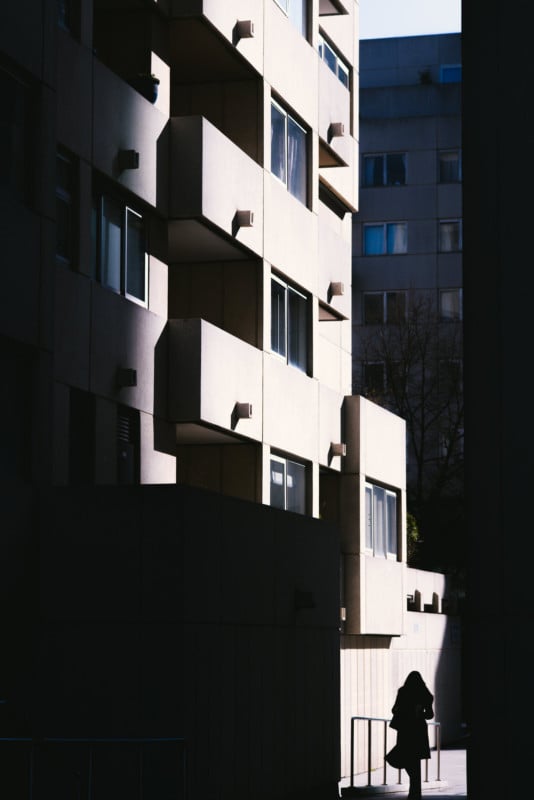 One of my favorite photographers, Fan Ho, has a fantastic balance in his body of work between street photography, posed photography, and light architecture.

When viewed together they really convey a mood and atmosphere, but also focus in on smaller stories with more character and detail. Instagram is now very good for presenting a series of images as a photo-essay, and I’ll be working on collecting a few images together to publish them as such. 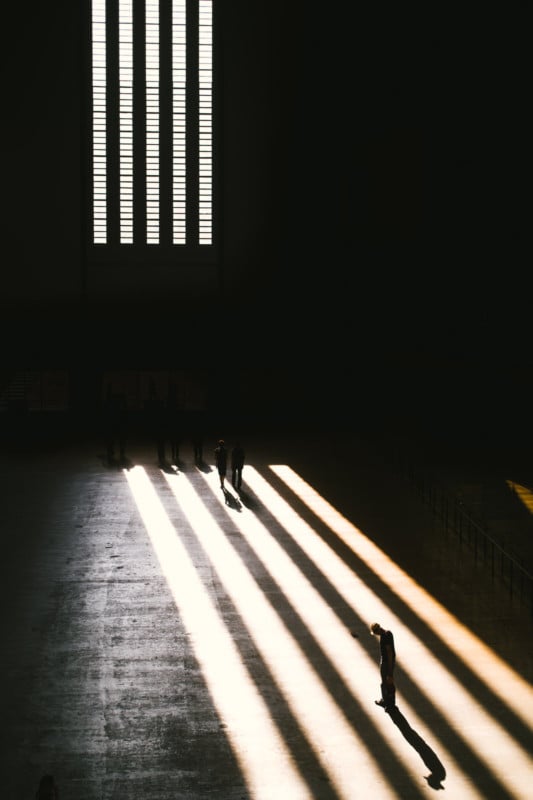 Working on images with balanced exposures is also something I’m really going to be focusing on. Film is really helping to move me away from a high contrast exposure, and by balancing the light in the scene I am really able to concentrate on the activity above all else.

Despite this effort to move my work away from this style, I acknowledge that these light architecture examples served me well for learning about exposure and composition. It is good to be aware of what this style (among others) can offer me so that using it is an active choice rather than accepting the circumstances of the light.

About the author: Simon King is a London based photographer and photojournalist, currently working on a number of long-term documentary and street photography projects. The opinions expressed in this article are solely those of the author. You can follow his work on Instagram and you can read more of his thoughts on photography day-to-day over on his personal blog. Simon also teaches a short course in Street Photography at UAL, which can be read about here.