Singer and guitarist Jack White, the founder of The White Stripes, has banned fan photos at upcoming live concerts. It’s a policy that will be strictly enforced: concert-goers will have their smartphones locked away while they’re at the show.

NME reports that White’s shows during White’s tour of the US starting in April will be completely “phone-free” in order to give paying fans a “100% human experience.”

“No photos, video or audio recording devices allowed,” the musician says in a statement. “We think you’ll enjoy looking up from your gadgets for a little while and experience music and our shared love of it IN PERSON.”

White’s policy will enforced using patented locking smartphone pouches created by the company Yondr, which can only be unlocked and opened up in special locations at the venue. 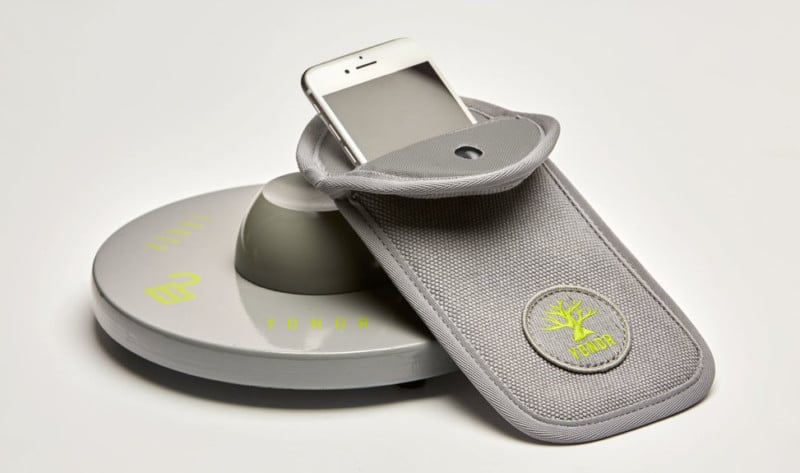 Once locked in the case, you can unlock it by yourself only by stepping out of the concert area and tapping it onto an unlocking base: 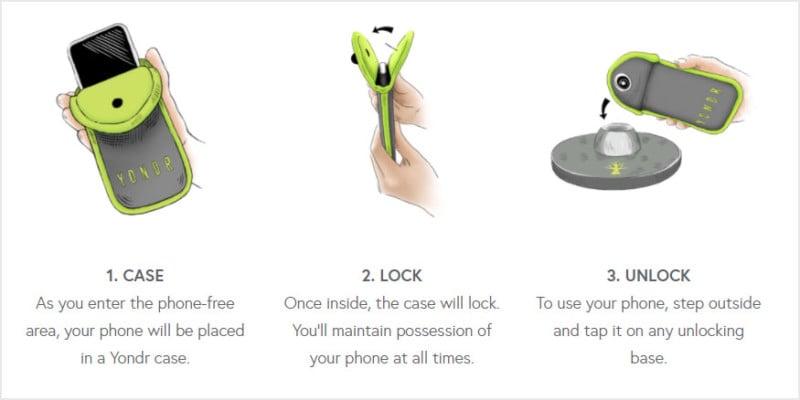 “Upon arrival at the venue, all phones and other photo or video-capturing gizmos will be secured in a Yondr pouch that will be unlocked at the end of the show,” White’s statement continues. “You keep your pouch-secured phone on you during the show and, if needed, can unlock your phone at any time in a designated Yondr Phone Zone located in the lobby or concourse.”

It seems that White’s policy will only apply to his own shows and not larger music festivals that White will be performing at.

Official statement from his team:

“The no-camera policy will not be enforced at the festivals Jack White is headlining, however, Jack hopes fans at each event will join him in his objective and he thanks everyone for their support.”

For fans who love posting concert photos to social media, White has a solution: his official tour photographer will post photos and videos of each show after the show to White’s website and Instagram account.

“Repost our photos & videos as much as you want and enjoy a phone-free, 100% human experience,” White says.

If you were hoping to capture and/or share your own memories from an upcoming show, however, you may be out of luck.

Image credits: Header illustration based on photo by Teresa Sedó and licensed under CC BY-SA 2.0