If you’re running the latest version of Windows 10 as a photographer, make sure you install Microsoft’s Raw Image Extension. It adds native viewing support for the major raw file formats used by various camera brands.

Windows 10 doesn’t have raw previewing built in by default, so while you can work with raw files in specialized software such as Adobe Lightroom, previews won’t show up for you in Windows File Explorer or the Photos app right out of the box.

If you’re running the latest version of Windows 10 (the May 2019 Update, version number 1903 at the time of this writing), you can install the Raw Image Extension to add raw support. 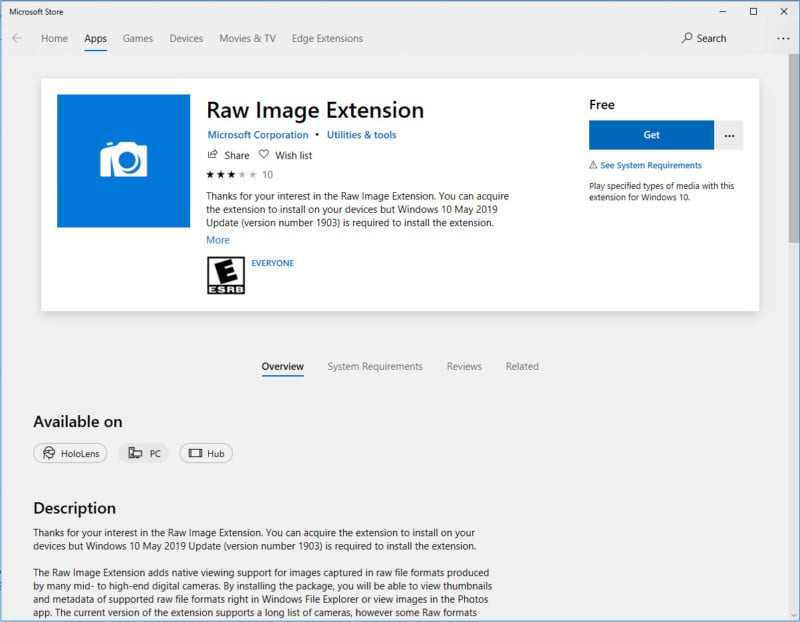 “By installing the package, you will be able to view thumbnails and metadata of supported raw file formats right in Windows File Explorer or view images in the Photos app,” Microsoft says in the extension’s description. “The current version of the extension supports a long list of cameras, however some Raw formats like .CR3 and .GPR are not currently supported.”

The extension makes use of the libraw open source project, so you can find the long list of currently supported cameras on the libraw website.

Microsoft has offered the Raw Image Extension for a while now, but the free extension recently received a number of improvements and was taken out of beta. Head on over to the listing in the Microsoft Store to grab it for yourself.