Nikon D850M vs D850: A Comparison of Monochrome and Color DSLRs

Nikon introduced the Nikon D850 in 2017 with a 45.7-megapixel backside-illuminated (BSI) Nikon-specified/Sony-designed/TowerJazz manufactured sensor. The Nikon D850 is regarded as one of Nikon’s best cameras and continues to range at the top of consumer DSLRs.

Full disclosure: I’m the president of MaxMax.com, which makes the monochrome D850 (D850M), and this article is blatantly self-promoting. That being said, everything happens to be true.

My business MaxMax has been converting a limited range of cameras to monochrome since 2009. After being encouraged by The Desert Fireball Network of Curtin University in Australia to convert a Nikon D850 to monochrome, MaxMax decided to try it.

When a camera is converted to monochrome, all the pixels see all the same light. With a color sensor, the typical pixel pattern arrangement is Blue-Green-Red-Green so the sensor has 25% blue, 25% red and 50% green pixels. This also means that if only blue light is coming into the camera, only 25% of a color sensor can see the light, while 100% of the monochrome camera’s pixels can see the light.

The D850 monochrome conversion was a success, and the sensor, perhaps because of its BSI sensor, gained 1 to 2 more stops of exposure in sunlight! Resolution and contrast shot way up.

There are no free lunches; with a color sensor, you gain color resolution, but you lose spatial and contrast resolution. And, no, you can’t convert a color picture to monochrome in post and recover the information that was never captured.

Consumers sometimes wonder why more manufacturers don’t just offer a monochrome version of their cameras. The problem is a matter of scale. Making sensors is a massive undertaking. There are only a few state-of-the-art image sensor fabrication facilities (FABs), and they are hugely expensive — the current generation costs $5-10 billion and the next generation is estimated to cost $10-20 billion.

The facilities are so complex that many companies will use the same FAB. The FAB operates 24/7 for a typical lifespan of 3-5 years and is shut down at the End Of its economic Life (EOL). The quality control is so strict that not only do they liquidate every piece of equipment at its EOL in the facility, they can’t even use the same building.

State of the art semiconductor manufacturing is the highest quality process on the planet. When a FAB makes a chip, they can’t make 1,000 parts economically. A small run might be tens of thousands of chips. That is why the Leica Monochrome is expensive — they are using a small FAB in Belgium.

One way to compare two optical systems’ performance is to look at the Modulation Transfer Function (MTF) which measures the change of contrast versus spatial frequency. Using the same lens, same tripod, same light, and same aperture, we measured the MTF for the D850M versus D850 in 8-bit JPG. Even at 8-bit JPG, the MTF difference is huge.

So, what does this mean for actual pictures? 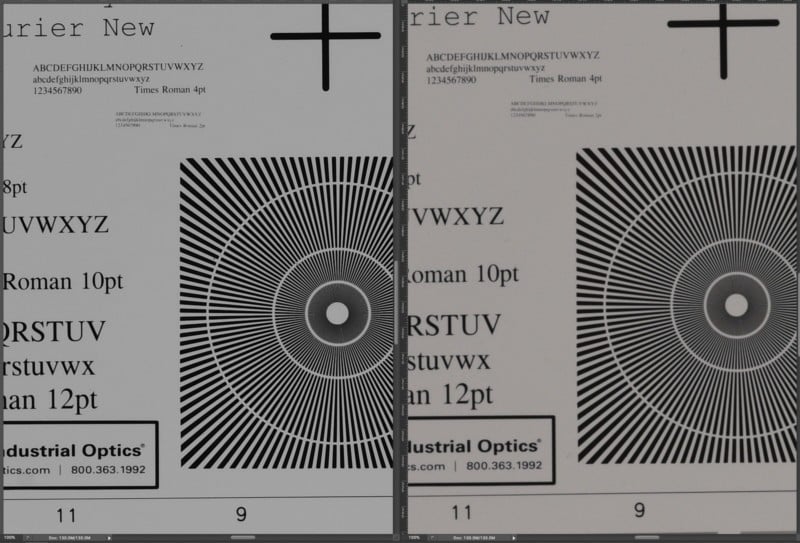 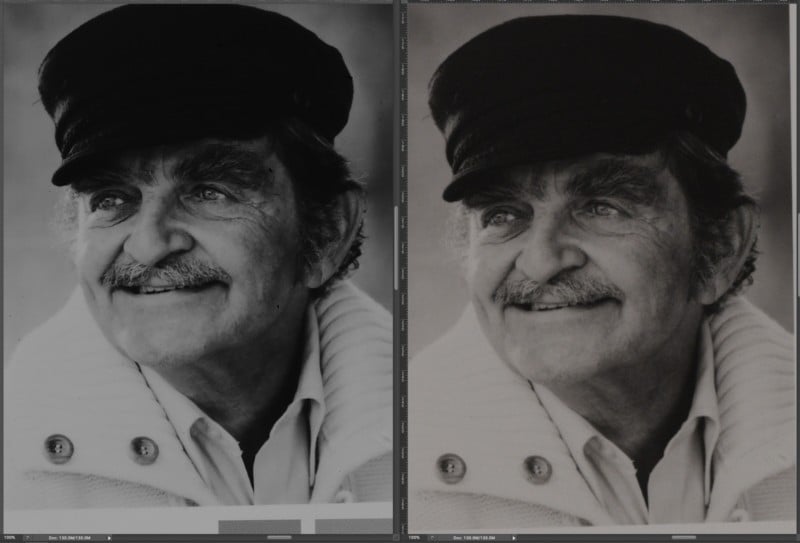 Let’s take a look beyond test charts since most of us are shooting real-life subjects.

Suppose you wanted to take a picture of a shoe. I don’t know why you would, but I did say ‘suppose’. 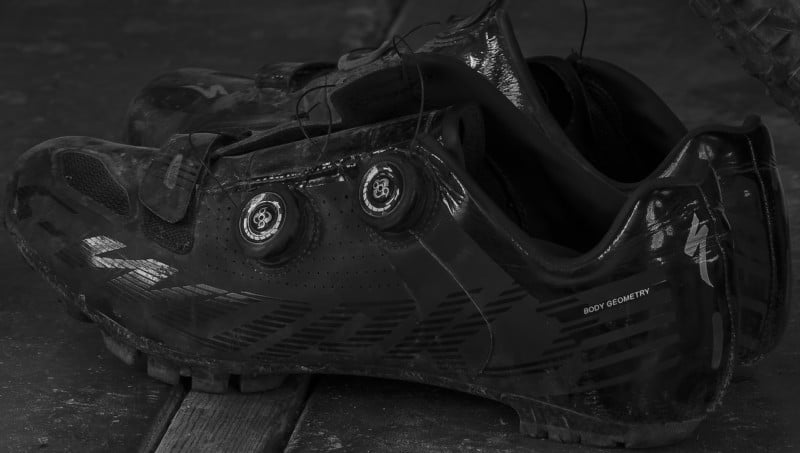 Lloyd Chamber of diglloyd.com did an extensive month-long review of the D850M and compared it with his color D850. Lloyd is a perfectionist and straight shooter. MaxMax was somewhat concerned knowing that Lloyd would report all flaws as well as strengths. On Lloyd’s website, he has many free pages, but to get complete details requires a paid subscription.

Some of his comments:

WOW! I have never seen image quality this high from any 35mm camera before. Image quality is outstanding in a single shot at ISO 64 on the Nikon D850 monochrome, but I’m extending that via focus stacking and in some cases, frame averaging.

I hereby raise my estimation of equivalent megapixels to 100+ megapixels, and still I think the detail exceeds anything I captured with the Fujifilm GFX 100. That is a little unfair perhaps since the GFX100 is a Bayer matrix color camera, but there it is.

How can that be? My educated guess is that it is a combination of:

The detail and textural rendition of the Nikon D850m are far ahead of an unmodified Nikon D850, with such clean definition that the impression remains photo-realistic even upon enlargement.

The quality level with these images is astonishing.

Here’s what a James W wrote in response to Lloyd’s report:

That is an incredibly impressive image Lloyd. Whatever tonality issues I saw before are not there. Spectacular quality. Rough Bayer megapixel equivalent? 70? The entire image with the frame averaging is otherworldly.

The cumulative total effect of zero noise, zero debayering errors, and extreme detail without sharpening combines to create something very striking because there is no interference with the observation of the subject. It’s what in the audiophile world you would call transparency. What comes across is not the artifacts of reproduction but the original object.

Some of Lloyd Chamber’s D850M pictures (full resolution pictures are available from his website): 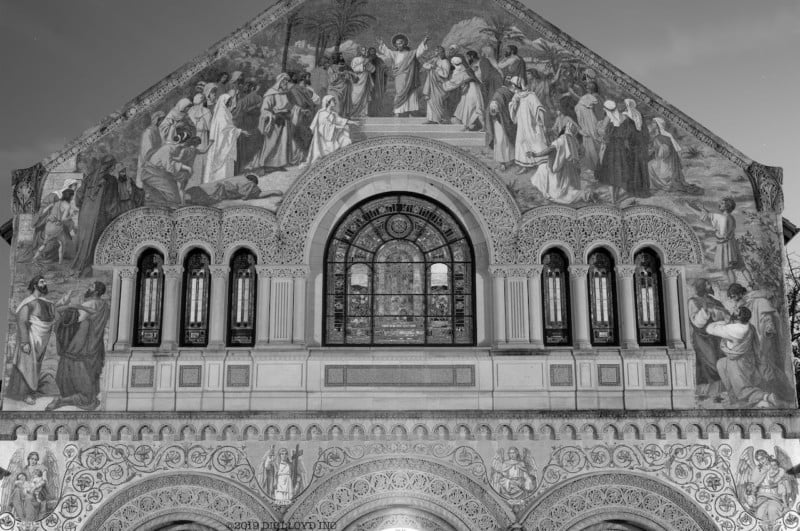 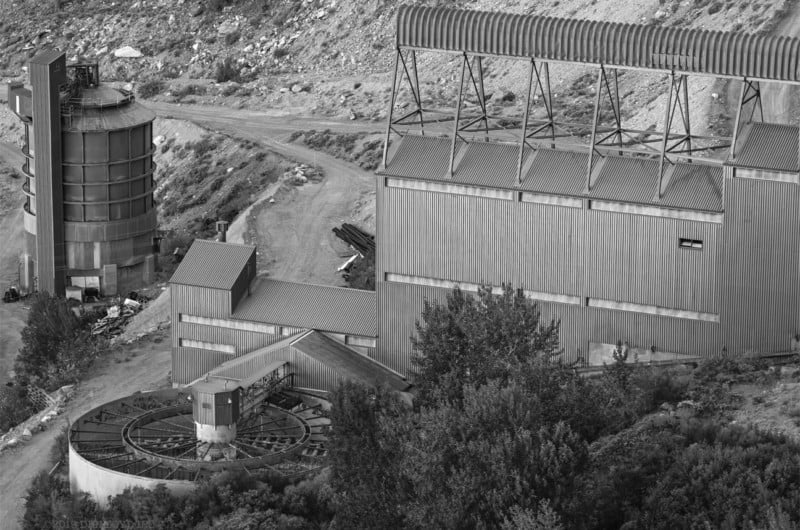 About the author: Dan Llewellyn is the president of Llewellyn Data Processing and MaxMax.com. The opinions expressed in this article are solely those of the author.