In his TimeScapes series, photographer Martien Janssen has been “playing with the element of time,” combining images in creative ways to create “a new type of dimension” in his time-lapse photography. And there’s no better example of this than his film TimeBlend.

Captured in Bagan, Myanmar, the time-lapse uses a stacking technique you may have seen before—usually called cloud-stacking, and often used for star trails as well. Basically, Janssen blends the images in each time-lapse sequence into each other, creating something striking and painterly in the process.

“By blending images from the timelapse sequence with each other, I aim to show the changes that occur over time blended into each frame. It captures time in a way we can’t perceive with our own eyes. You’re no longer looking at a moment, but a blend of time that can show the trails of the stars for an entire night of up to 10 hours,” explains Janssen. “In other words, what you’re looking at is the motion of time and change of light. So in a way ‘I’m ‘drawing with light by blending time.’”

Here are a few stills from the piece to give you a taste of the end result: 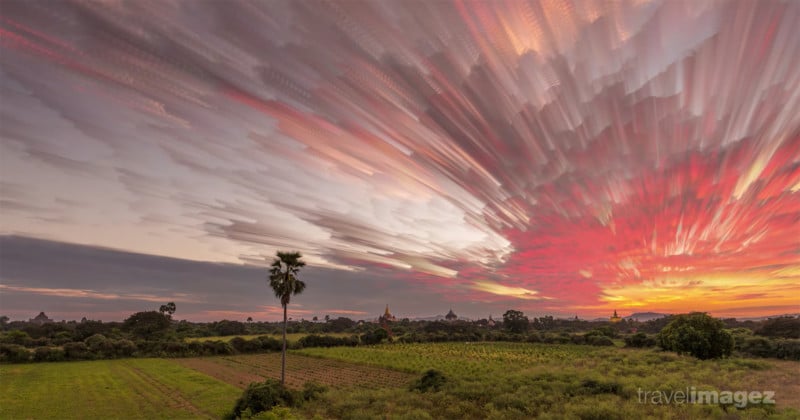 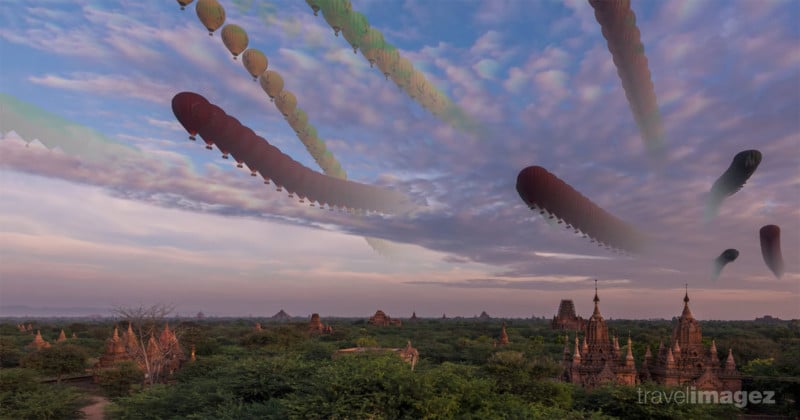 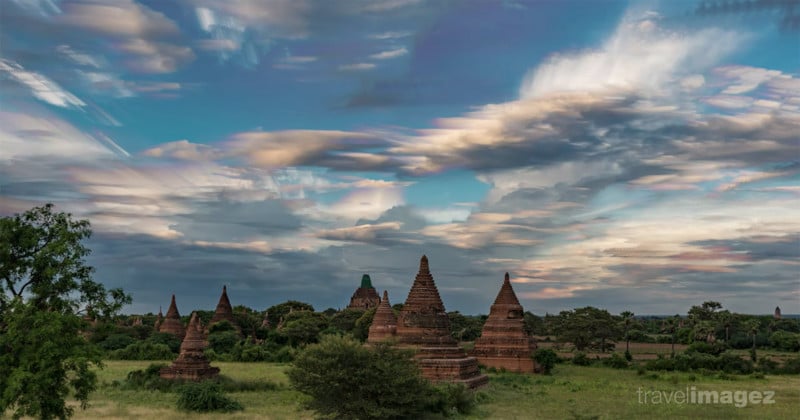 As we mentioned above, this isn’t a new technique. Cloud stacking first blew up in landscape photography eight years ago when these photos by Matt Molloy went viral… to say nothing of ‘time blended’ time-lapse films that prominently feature star trails.

But Janssen’s TimeBlend is a good reminder to try and think outside the box on occasion, instead of sticking with the accepted methodology for capturing a certain subject. You never know: your experiment may yield something really beautiful in the process.