If you’re looking to pick up one of the (if not the) best photo and video editing laptops on the market, and your wallet is trembling at the prospect, today is a day for good news: Razer has revealed the pricing for its top-of-the-line Blade 15 Studio Edition “creative workstation,” and it’s more affordable than people expected.

Razer has long been a name synonymous with gaming, but their Studio Edition laptops are build for creative professionals who demand the ultimate performance when photo editing, video editing, or working with 3D modeling programs. 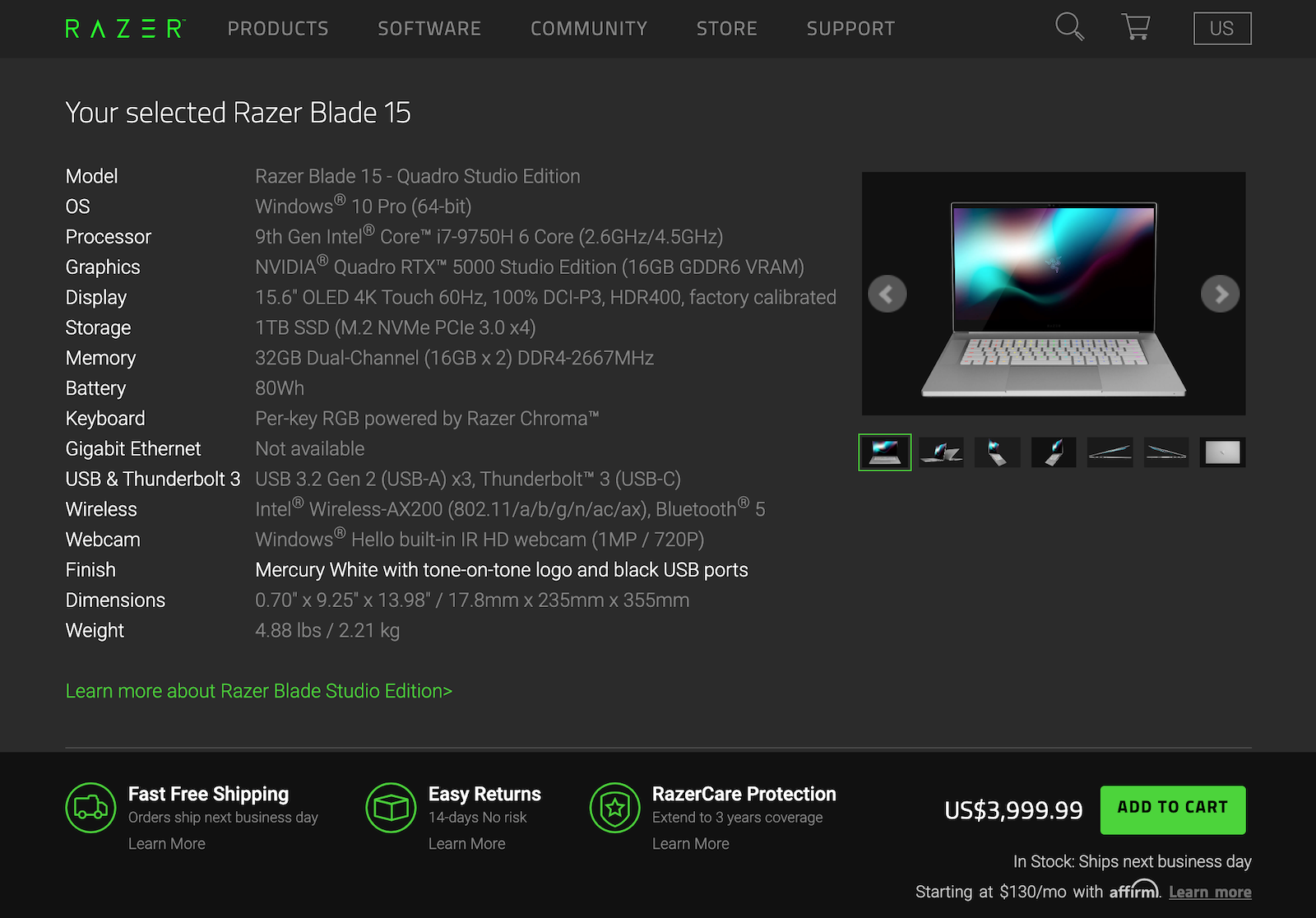 The Razer Blade 15 Studio Edition is the brand’s top-of-the-line beast of a 15-inch laptop, and given that it packs an NVIDIA Quadro RTX 5000 graphics card, everyone expected it to come in at a staggering price tag. But as Engadget reports, the newly announced pricing is downright reasonable at only $4,000.

Many of us Apple folk are waiting and wondering and wishing for a killer new MacBook Pro in the coming months—maybe that rumored ultra-powerful, properly cooled 16-inch model with edge-to-edge display and a better keyboard—but with offerings like this one and the other NVIDIA RTX Studio PCs that have been revealed, the wait is beginning to feel less and less comfortable.

To learn more about the Blade 15 Studio Edition, head over to the Razer website where you can configure your own.

Previous Fuji Lens Rained on and ‘Baked’ in the Wilderness for 4 Months, Still Works
Next Shooting Professional Ink-in-Water Product Photos on a Budget

Flickr just sent an email to all of its members announcing that—as mentioned in CEO ...