Samsung today announced the new Galaxy Note 9 smartphone. Among its new features is Samsung’s “most intelligent camera yet” and a new Flaw Detection feature that will point out when your photos aren’t up to par.

The Note 9 features a dual camera on the back with a 12MP f1.5/f2.4 wide-angle lens (it has a dual aperture like the Samsung Galaxy S9) and a 12mp f/2.4 telephoto lens. Both lenses have built-in optical image stabilization. The front-facing camera is an 8MP f/1.7 unit. 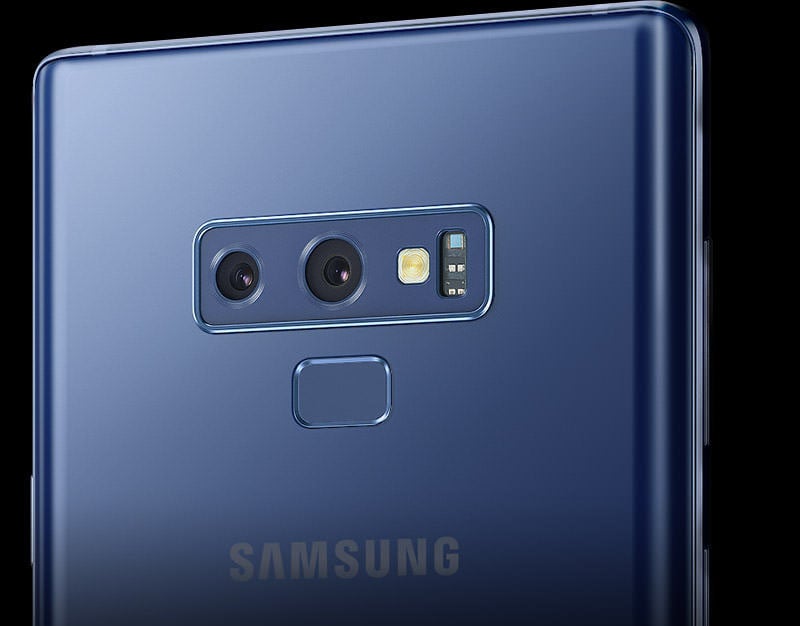 And when you do snap a bag shot, the new “Flaw Detection” system will display notifications when it detects things like blinks, blurs, smudges (from dirty lenses), and backlighting. 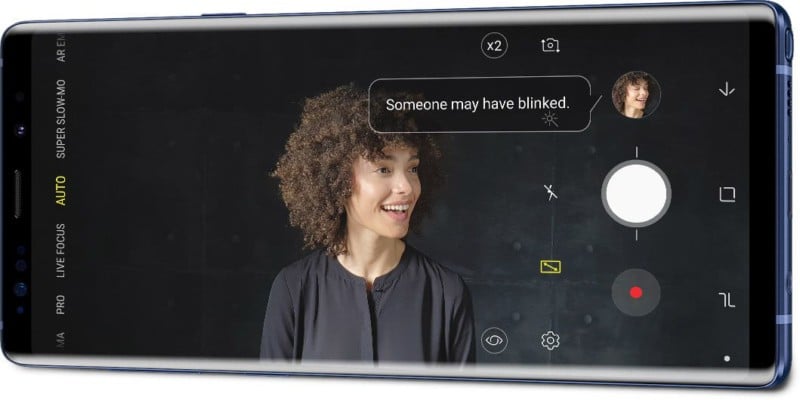 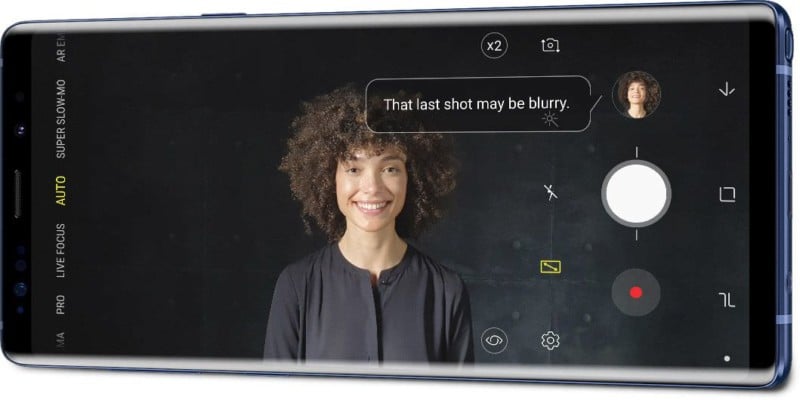 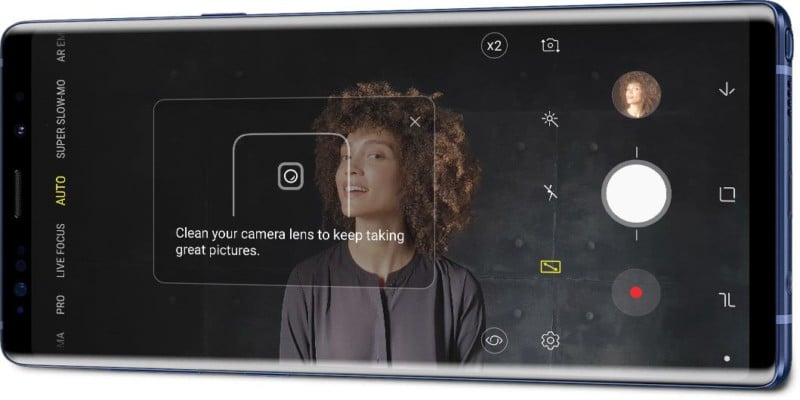 “It’s like having an intelligent adviser in your pocket,” Samsung says.

Samsung has unveiled a new S Pen to go with the Note 9, and for the first time, the pen has Bluetooth Low-Energy (BLE) support, allowing it to be used as a remote shutter release from up to 33 feet (10 meters) away.

Other specs and features of the Samsung Galaxy Note 9 include a 6.4-inch Quad HD+ Super AMOLED display, IP68 dust and water resistance, up to 8GB RAM, up to 512GB storage (plus a MicroSD slot), a 4,000mAh battery, Android 8.1 (Oreo), and biometric authentication (iris, fingerprint, face).