Samsung’s ‘SpaceSelfie’ satellite, which was supposed to stay aloft until October 31st, came crashing to Earth this weekend. The device, which was held aloft at 65,000 feet by a massive high-altitude balloon, had to make a “planned” landing on Saturday, only a day after Samsung announced the launch of the campaign.

The SpaceSelfie campaign (read: marketing stunt) kicked off last week with “the world’s first selfie sent to space,” which was shot and uploaded by model and philanthropist Cara Delevingne. Her selfie was broadcast onto a phone attached to the satellite, re-captured using an onboard camera, and beamed back to Earth.

The promise was that you, too, could have your own “space” selfie, and for about a day, Samsung fulfilled that promise. But if you hadn’t taken advantage of the PR stunt yet, you’re out of luck.

According to Samsung, US weather conditions forced the satellite to make an “early soft landing in a selected rural area” on Saturday. Translation: the device crashed onto a Michigan couple’s land, reportedly tangling up in some nearby power lines in the process.

If you go to Samsung’s Space Selfie website now, you’re greeted by this screen: 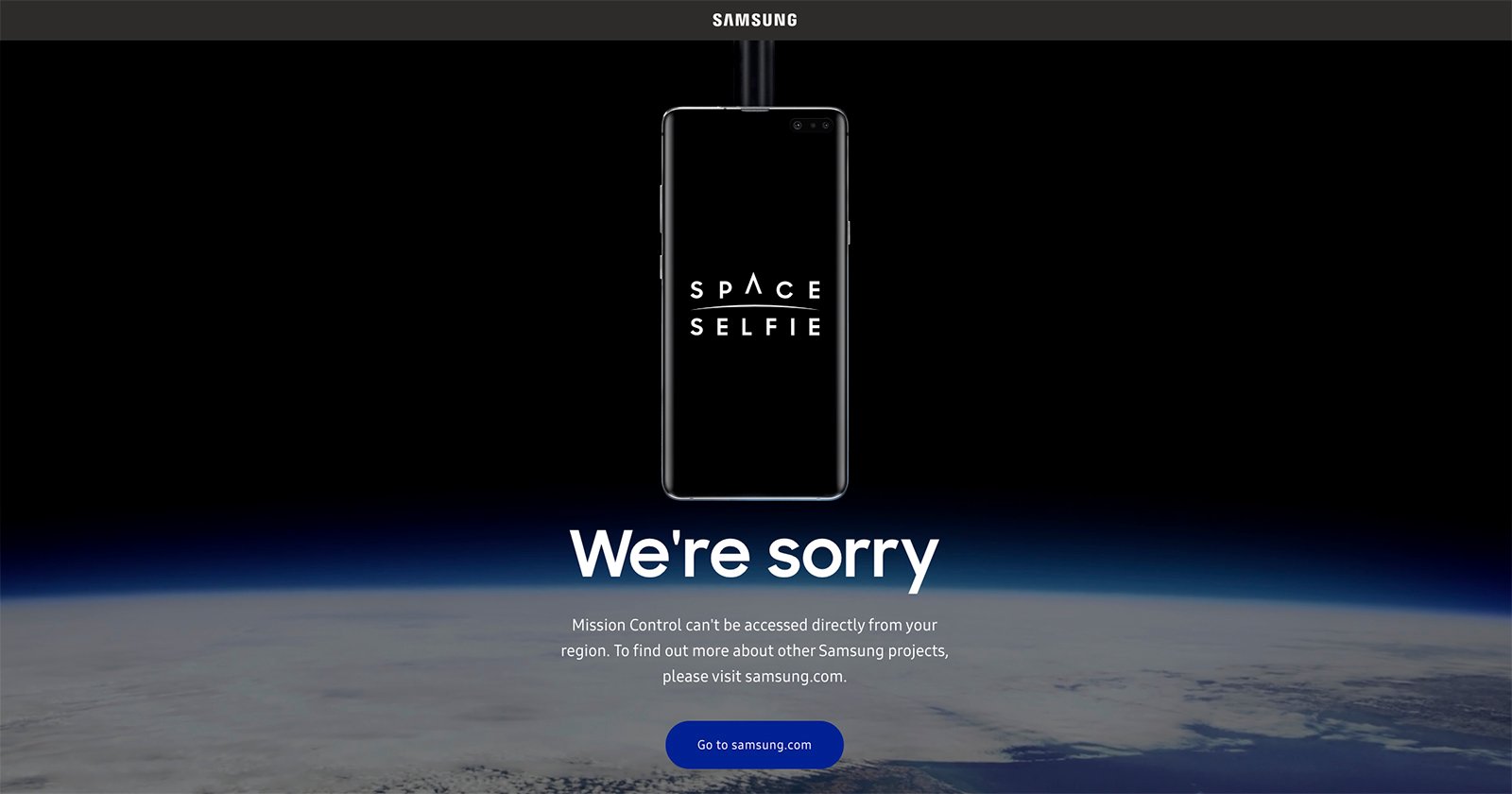 Fortunately, nobody and no property were hurt when the gadget crash landed, so this entire ordeal could be classified as a “mild embarrassment” rather than the “PR nightmare” it might have been if this thing had plummeted onto someone’s roof. In fact, the crash probably helped the campaign, creating more publicity than the original SpaceSelfie balloon would have received on its own.

And, despite only being “live” for some 24 hours, Samsung tells Marketing Dive that the device still managed to capture “tens of thousands of photos” from the Stratosphere.

(via NBC News via Engadget)

Previous Canon is Shutting Down Its Irista Cloud Photo Storage Service
Next Layers of Being Human: A Tribute to Mexican Culture and Día de Muertos