How much of a difference can an extra 19MP and a newly-designed really make? Apparently, quite a bit, as you can see in this quick side-by-side comparison of JPEGs shot on the 42MP Sony a7R III and the newly released 61MP Sony a7R IV.

The short comparison was created by Tony & Chelsea Northrup, who were at the announcement event in New York yesterday and were able to start testing the new full-frame mirrorless camera right away. The duo shared their first impressions in a separate video, but in this short clip, they simply show off the difference in sharpness in two identical images, and it’s very noticeable.

Not that it needs to be said, but the a7R III is on the left and the a7R IV is on the right: 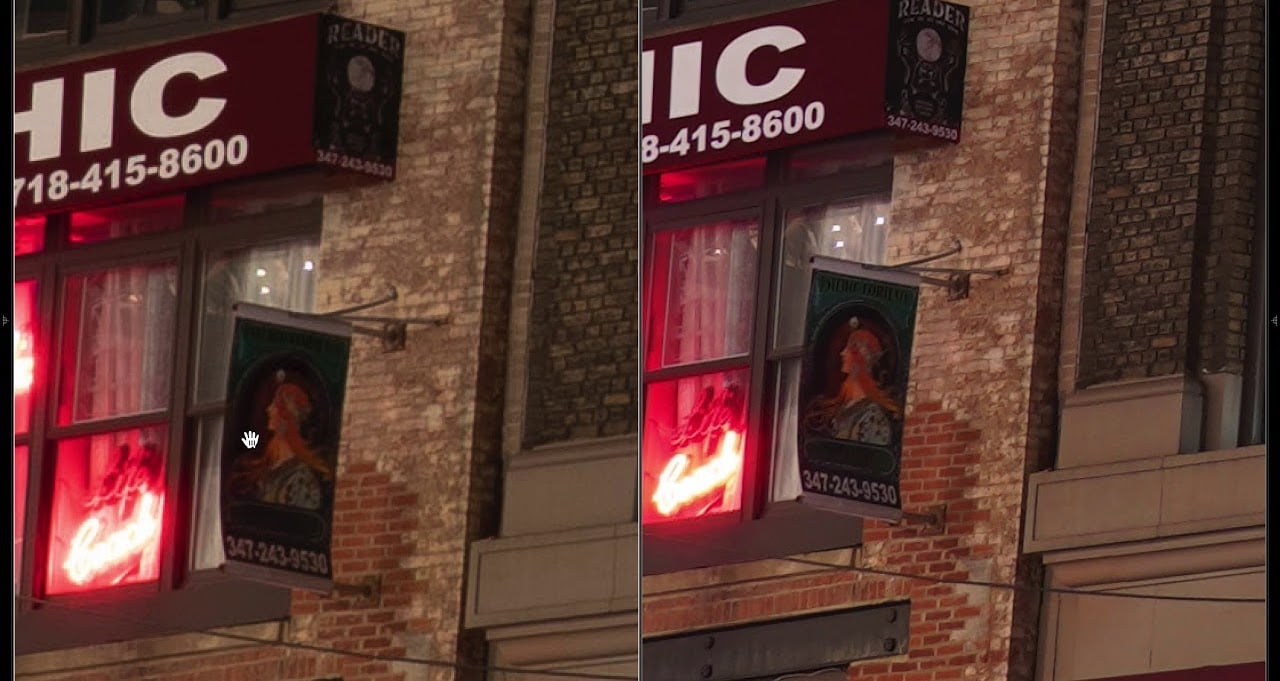 Beyond basic resolution, it seems the hype around the 15 stops of dynamic range and great low-light performance, despite the high megapixel count, was also accurate. Chelsea claims shots taken at 10,000 ISO were “still usable” and they’ll be sharing some low-light and 240MP multi-shot samples soon.

In the meantime, if you want to learn more about how this camera feels and performs out in the wild, check out this first impressions article by photographer and Sony ambassador Albert Dros, who was able to test drive the camera a few weeks before it launched.

Previous Amazon Accidentally Sold $13,000+ Camera Gear for $100 on Prime Day
Next Putting a Man ‘on’ the Moon: A Photo for Apollo 11’s 50th Anniversary