It seems the race to launch a 100-megapixel full-frame sensor is on. Sony has reportedly developed a new 35mm full-frame CMOS sensor that shoots 100-megapixel photos and 6K videos, and it’s designed for consumer cameras.

EOSHD first reported the news after technical details of the sensor, code-named IMX555CQR, were leaked on Chinese forums and in the EOSHD forums.

Still photos from the sensor are 12288×8192 in resolution (12K in video terms) and an innovative readout method provides a high-speed readout of 16-bit photos. The sensor also does 6K video in 12-bit using pixel binning.

Here are a couple of pages from the leaked document: 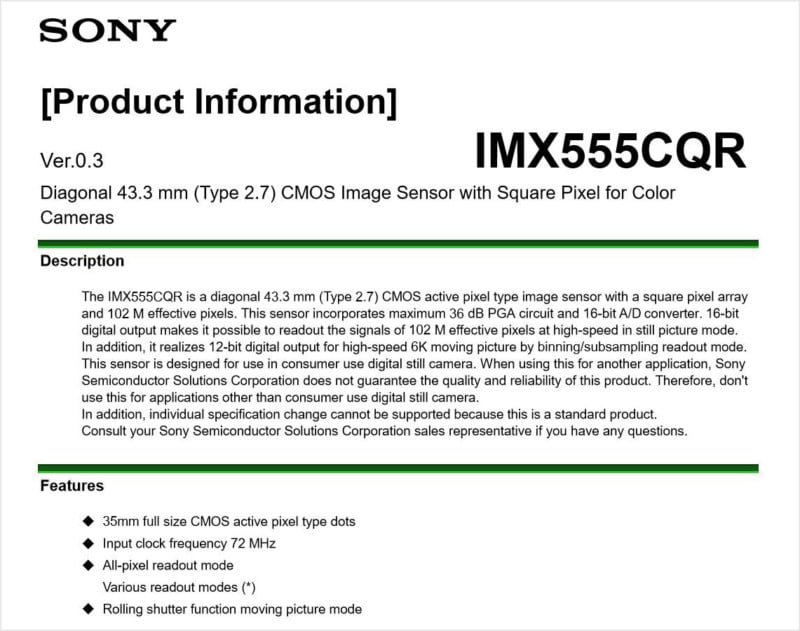 “This sensor is designed for use in consumer use digital still camera,” the document states. “When using this for another application, Sony Semiconductor Solutions Corporation does not guarantee the quality and reliability of this product. Therefore, don’t use this for applications other than consumer use digital still camera.” 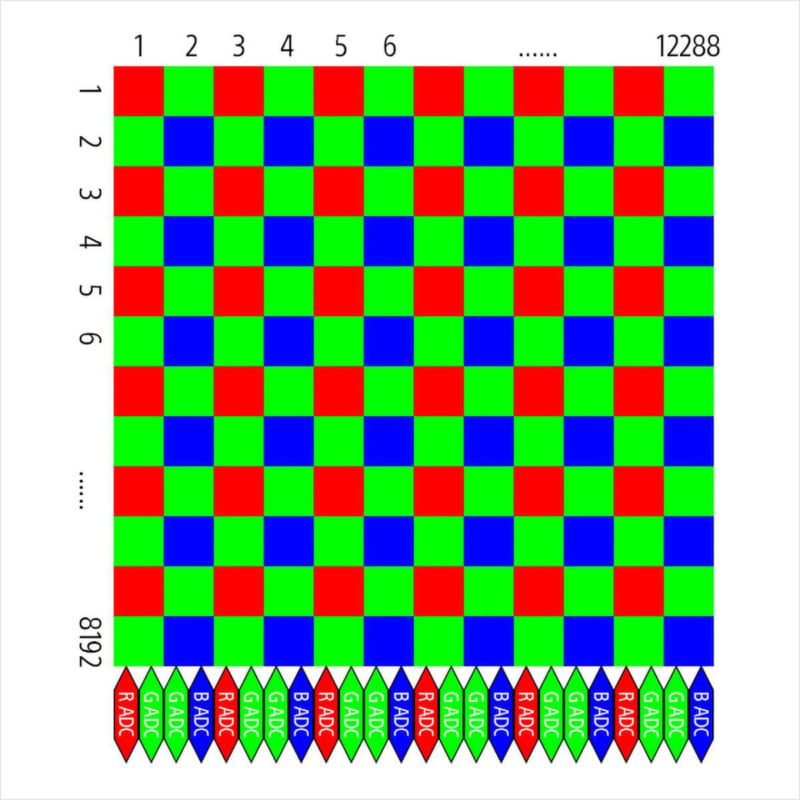 100-megapixel Sony-made sensors are already on the market, but in formats larger than 35mm full-frame (36×24mm). The Phase One iXM 100MP drone camera and Phase One XF 100MP both use Sony medium format sensors. And in medium format, Fujifilm has already unveiled an upcoming 100MP body.

In the area of 35mm full-frame sensors, it’s Canon that may be the most immediate competition. Canon already unveiled a 250-megapixel CMOS sensor that’s smaller than full-frame (it’s APS-H), but that sensor may be more geared toward industrial applications rather than consumer photography. But there are rumors that Canon is planning to launch a 100MP+ full-frame sensor in a future EOS R mirrorless camera.

“Sony seem to be extending an absolutely mammoth lead over Canon in CMOS sensors,” EOSHD writes. “Will Canon be forced to become a customer for future cameras?”

Previous The Best Photography April Fools’ Day Jokes of 2019
Next Is it Wrong to Photograph ‘Light’ in Street Photography?