BCN has revealed their awards for 2020, and the biggest news from this year’s camera stats is that Sony has overtaken Olympus to claim the #2 spot in Mirrorless category while Canon has finally, for the first time ever, claimed the #1 spot in all three stills camera categories.

BCN numbers are always an interesting if not entirely useful metric, since they represent camera sales/market share in the Japanese market only. So while we wouldn’t use these numbers to draw any global conclusions about each company’s health, we can compare the results year-over-year to draw some interesting trend lines.

To that end, here are the results from the past three years in the three digital camera categories: Fixed Lens, SLR, and Mirrorless. 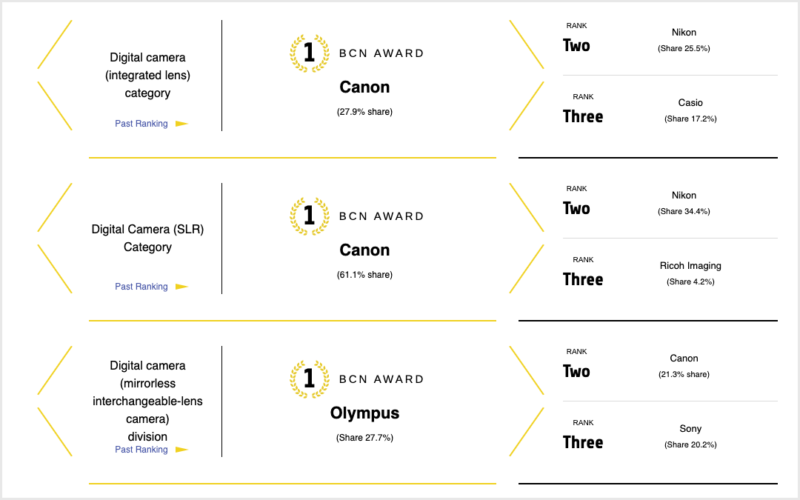 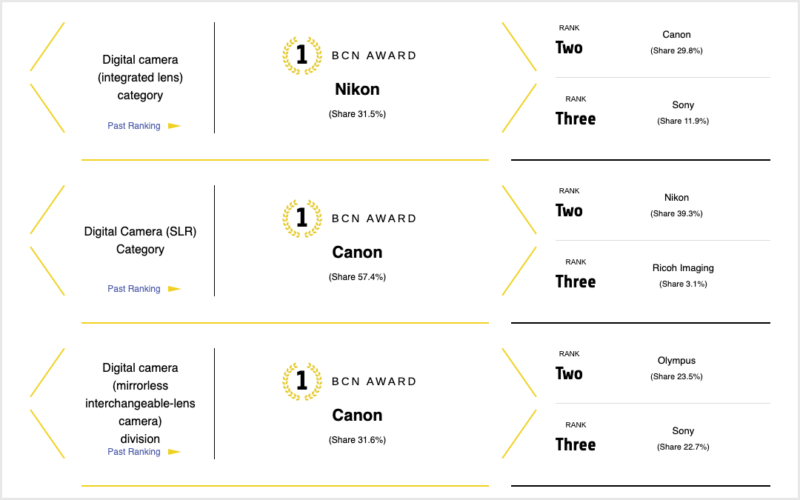 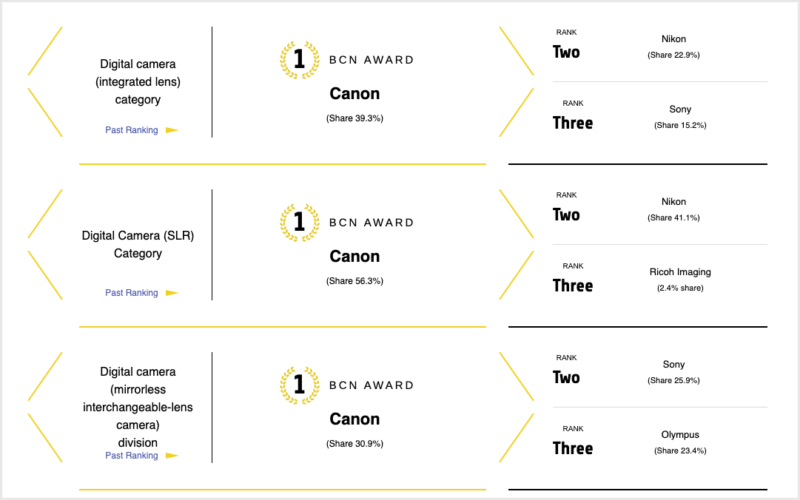 As you can see, Olympus’ once dominant position in the mirrorless category continues to erode. Last year, Canon overtook them to become #1 in both Mirrorless and SLR; this year, Sony rises to the #2 position, overtaking Olympus and eating into Canon’s lead.

The other takeaway is that Canon continues to dominate the Japanese market, sweeping all three categories for the first time ever. Mirrorless has mostly been a battle between Sony, Olympus and Panasonic since the category was first introduced in 2012, and the first time Canon took the top spot (last year) Nikon beat them in fixed lens sales, stealing the possibility of a trifecta.

Now, finally, Canon can declare a sweep in all three categories.

In summary, Sony’s star continues to rise, Canon is holding steady, Nikon is gaining ground in SLRs but not mirrorless, and Olympus continues to slip from its once-dominant perch in the mirrorless category. The question now: as Sony’s mirrorless market share continues to increase year after year, will Canon be able to maintain its dominant position?

Previous Panasonic S Pro 16-35mm f/4 Review: The S-Line’s Long-Awaited Wide Angle
Next The Platyball is a ‘Next Level’ Tripod Head with an LED Level and No Protruding Knobs