SpaceX just revealed that Japanese billionaire Yusaku Maezawa will be its first space tourist for a trip to the moon as early as 2023, and Maezawa is planning to select a group of artists, including a photographer, for a free 5-day lunar trip with him.

Maezawa, the founder of Japan’s largest online fashion retailer (Zozotown), announced that he has purchased the entire SpaceX BFR (Big F***ing Rocket) flight and that he’s turning it into a project called #dearMoon.

Hanging out with @yousuck2020 before the @SpaceX moon mission announcement pic.twitter.com/RTOwutzMtG

The entrepreneur will be selecting six to eight artists from around the world who represent different creative fields, and photographers are among the artists Maezawa said he’s going to reach out to. 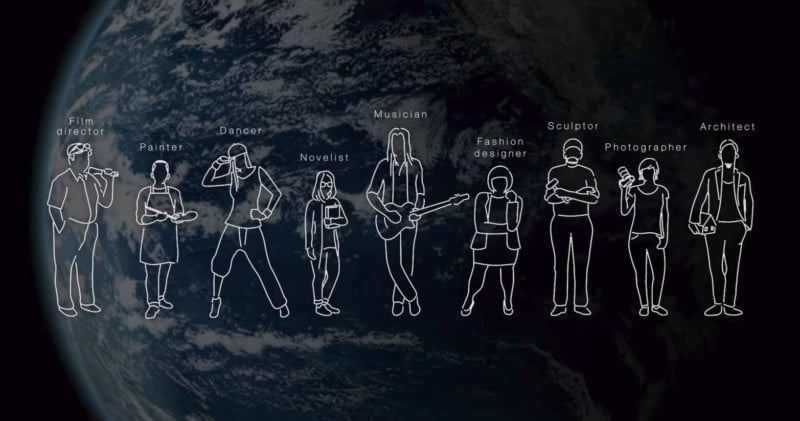 Here’s the 1 hour 44 minute announcement event (Maezawa reveals his plan to invite artists at around 57 minutes in):

The artists selected will join Maezawa on a trip 238,900 miles to the moon and back. The hope is that the artists will “be inspired in a way they have never been before,” creating revolutionary art in the process.

Although the BFR has a maximum capacity of around 100 passengers, the first tourist flight will only involve a tiny crew and extra supplies.

Here’s an illustration of the flight plan at this point: 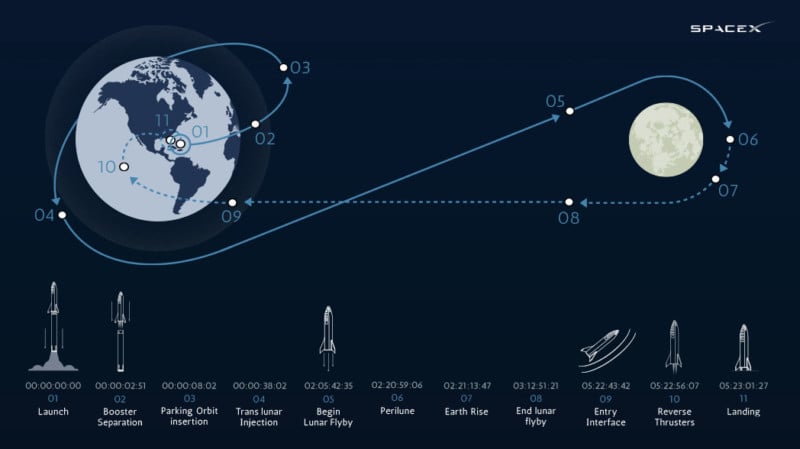 “Ever since I was a kid, I have loved the moon,” Maezawa says. “Just staring at the moon fueled my imagination; it’s always there and has continued to inspire humanity. That is why I do not pass up this opportunity to see the moon up close.”

Maezawa, worth an estimated $2.9 billion, is an avid art collector who has spent hundreds of millions of dollars buying rare artworks. #dearMoon is the businessman’s latest investment in the arts.

“If you should hear from me, please say yes and accept my invitation,’ Maezawa says. “Please don’t say no.”

SpaceX says that Maezawa has made a substantial down payment on the flight that will “have a material effect on paying for cost and development of BFR” (estimated to be $5 billion). Other details of the art project and flight will be revealed over the next five years.

Previous Photography Saved My Life
Next iOS 12 is Out: Here’s What It Means for Your iPhone Photography

A Washington woman was arrested after authorities say she posed online as a newborn photographer ...