Take Better Photos by Breaking the World Down Into Elements

Into the Unknown: How I Reinvented Myself After 25 Years at Sports Illustrated

Today I want to share a super-simple idea that, if you can grasp it and put it into practice, I guarantee will really help your photography.

Break the scene down into elements

What we are basically doing as photographers is looking at the world, identifying interesting subjects, and organizing them accordingly. I think the best way to approach this is by breaking the world down into elements.

It’s almost like I am trying to remove the elements from their location, take them out of the busy scene, and make them an interesting shape completely separate from their surroundings. 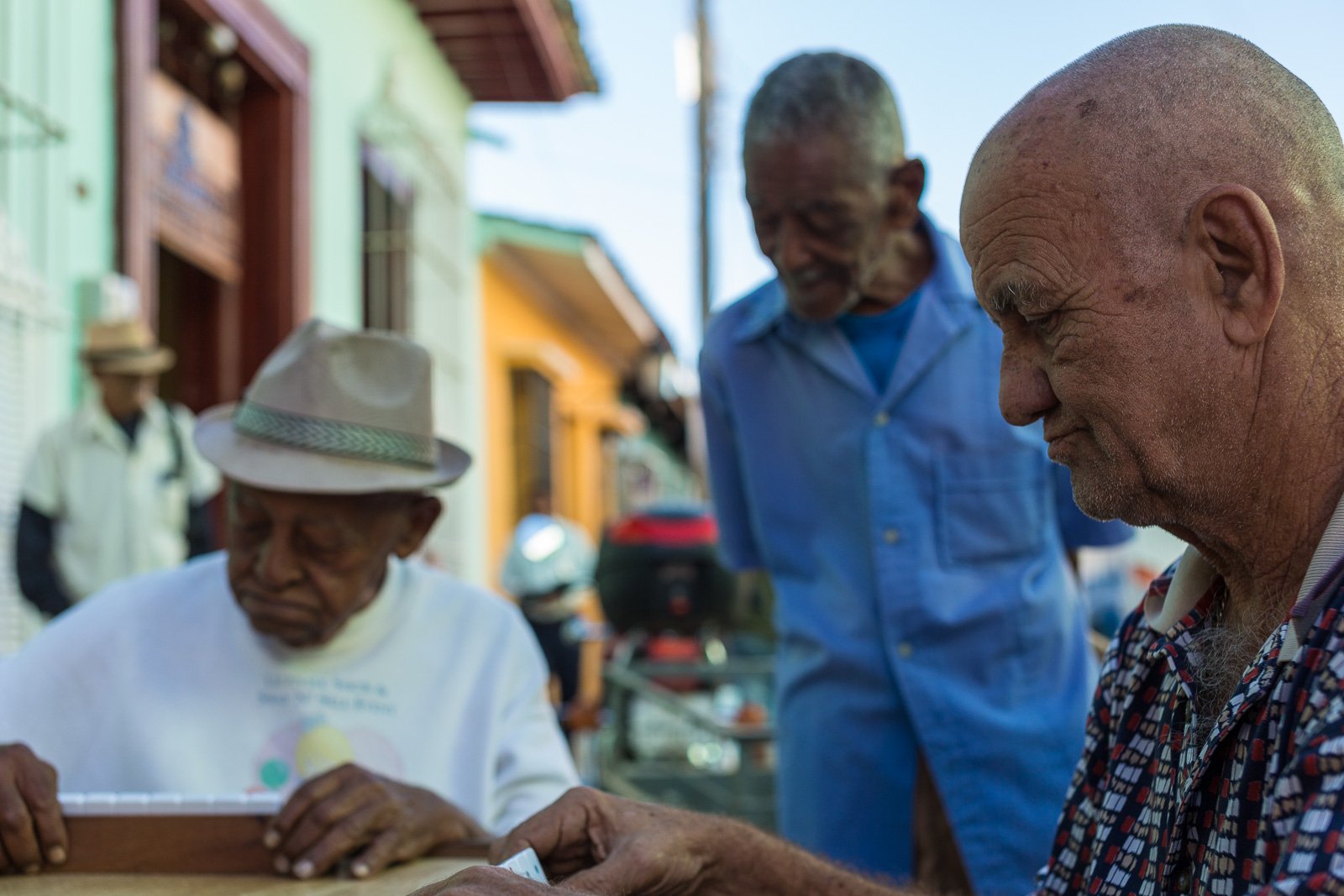 This takes practice of course, but once you get the initial concept you can continue to develop it. And even if you know it already, it’s always good to have a little refresher.

Why do we want to do this?

The eye loves order and structure. The eye is very attracted to images and scenes where there is structure. Of course, too much structure is boring. The role of us photographers, then, is to create just enough order and structure to a scene—not too little, not too much—and to always include something else: that could be feeling, atmosphere, color etc.

I have covered this in lots of articles, but for this piece I am just focusing on the structure of your photos.

Now, let’s start with something very simple: lines. Lines are everywhere, and they are a very fun element to play with. Here is a shot that takes a very big, endless scene—the sky and the sea—and creates some order to it because, after all, most straight shots of the sea are dull, dull, dull.

This structure, I think, helps to translate some of the epic feelings you get when you are looking at the sea. 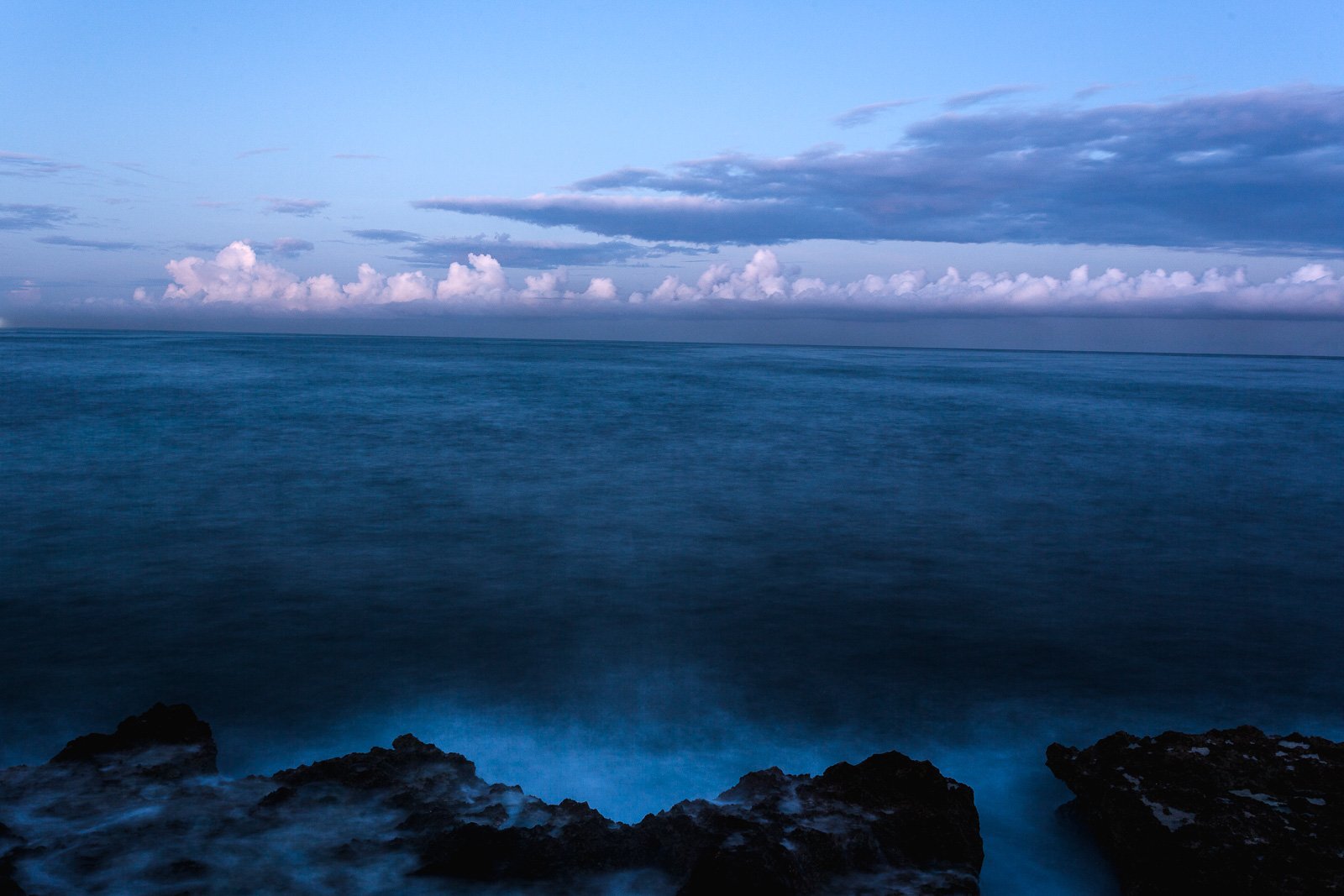 There is an aesthetic appeal, I think, to having strong lines in a photo; lines that don’t necessarily stand out when you first look at a scene. You as the photographer have to create that. I did it by having the rocks run along the bottom, and then layering up from there.

Now, there is one line in the photo above that made this image interesting—can you see what it was? Without it wouldn’t have been as compelling.

Moving on, the cars here in Cuba are amazing—old and dirty, but very cool and interesting. I love the big, rounded shapes of their design, and when I saw the kid through the window I thought it looked perfect.

It was the shapes in the car that make this striking, giving him an interesting frame, and drawing your eye, uninterrupted, straight to him. 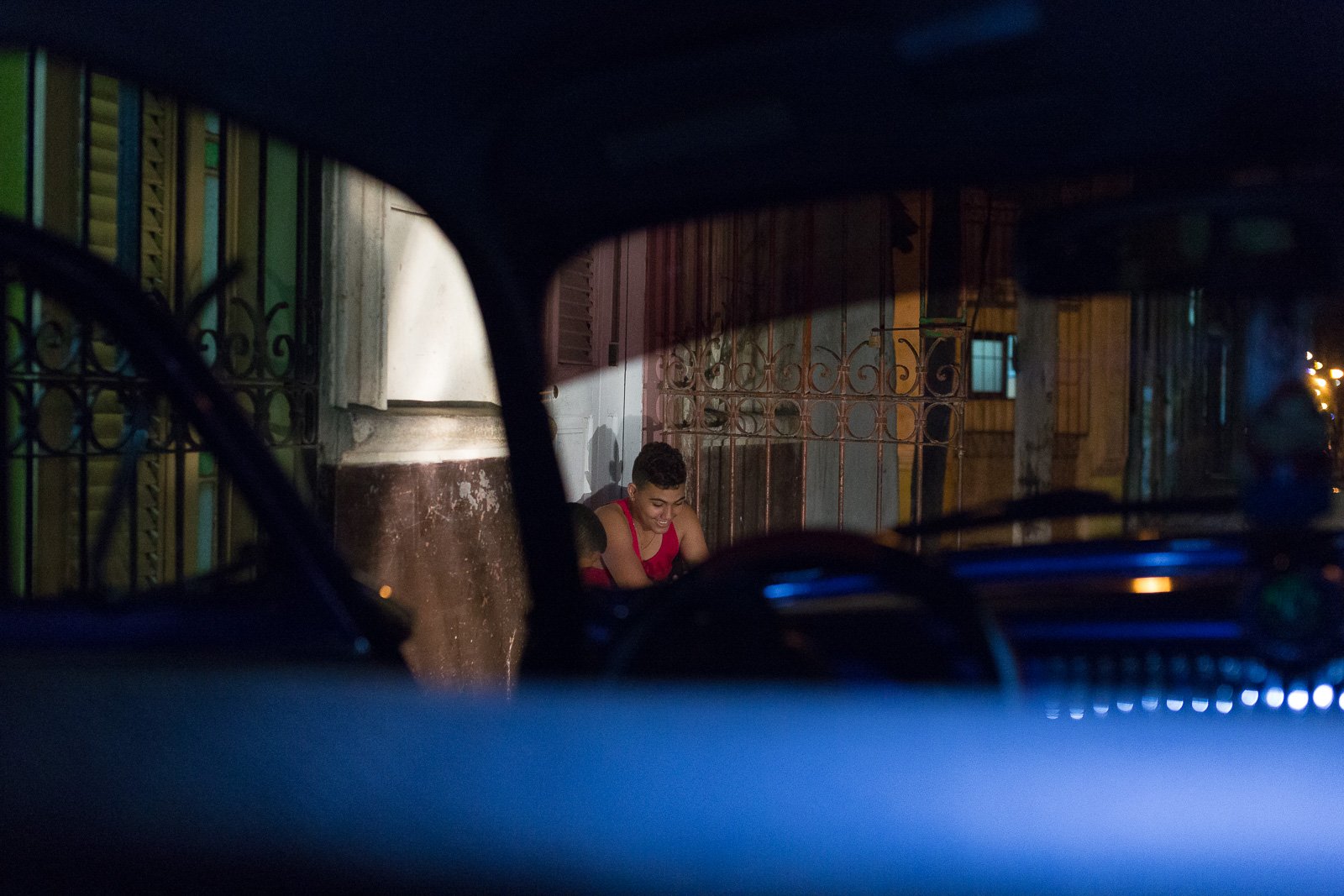 Below, again, I have a person in a frame, surrounded by lots of strong lines. I think the emotion and expression on the man’s face is a really nice contrast to the rigidity of the lines on the bus.

When you shoot people, are you also thinking about the elements that surround them? The background is as much of the subject as the person, whether you include a lot of background or not very much. You have to be thinking about background, always. 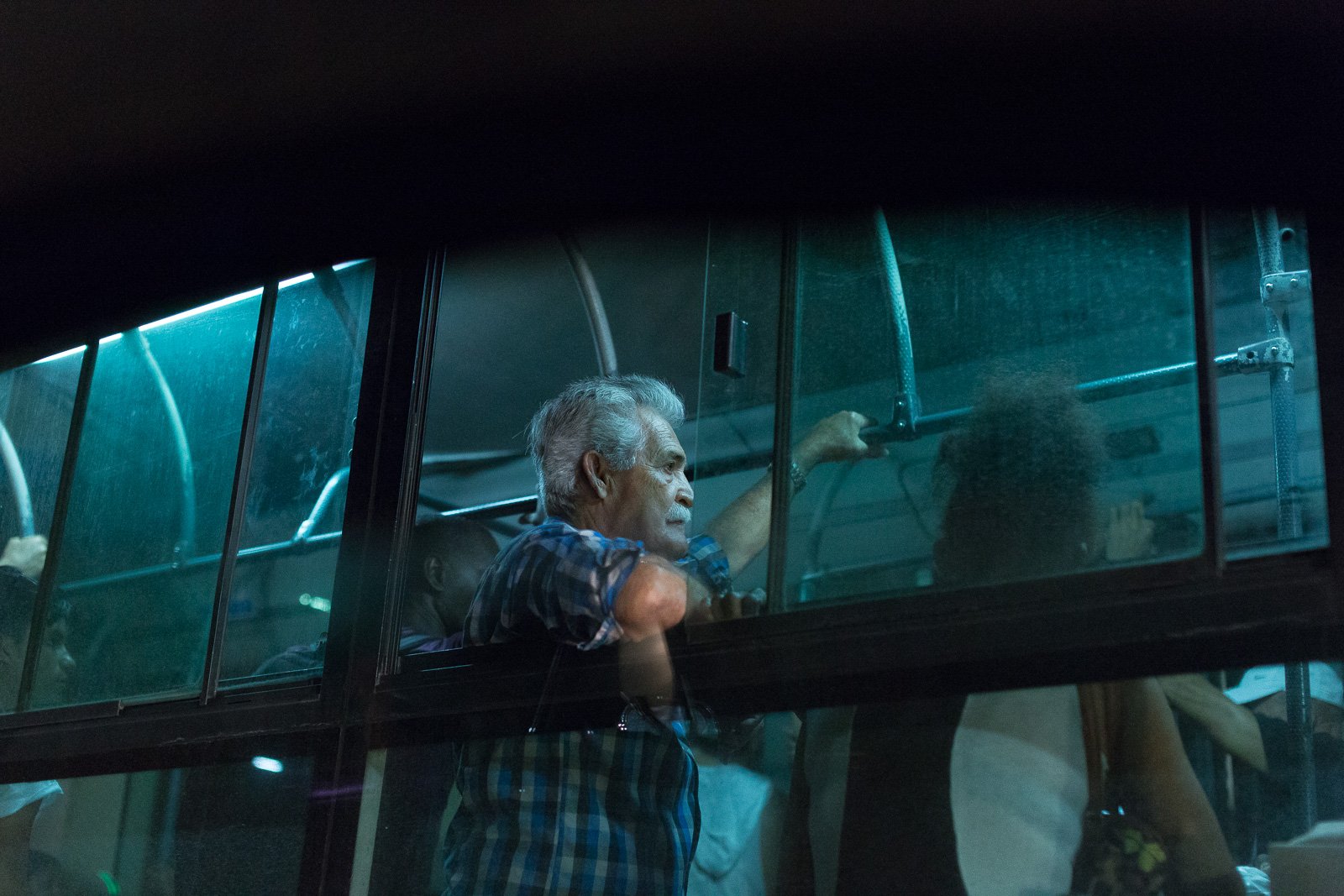 Taking interesting shots around big open spaces like the harbor in Havana is difficult. There aren’t many elements around to organize, just lots of space and disparate elements bobbing around here and there.

I looked around for interesting elements and came up with the silhouette of this man. 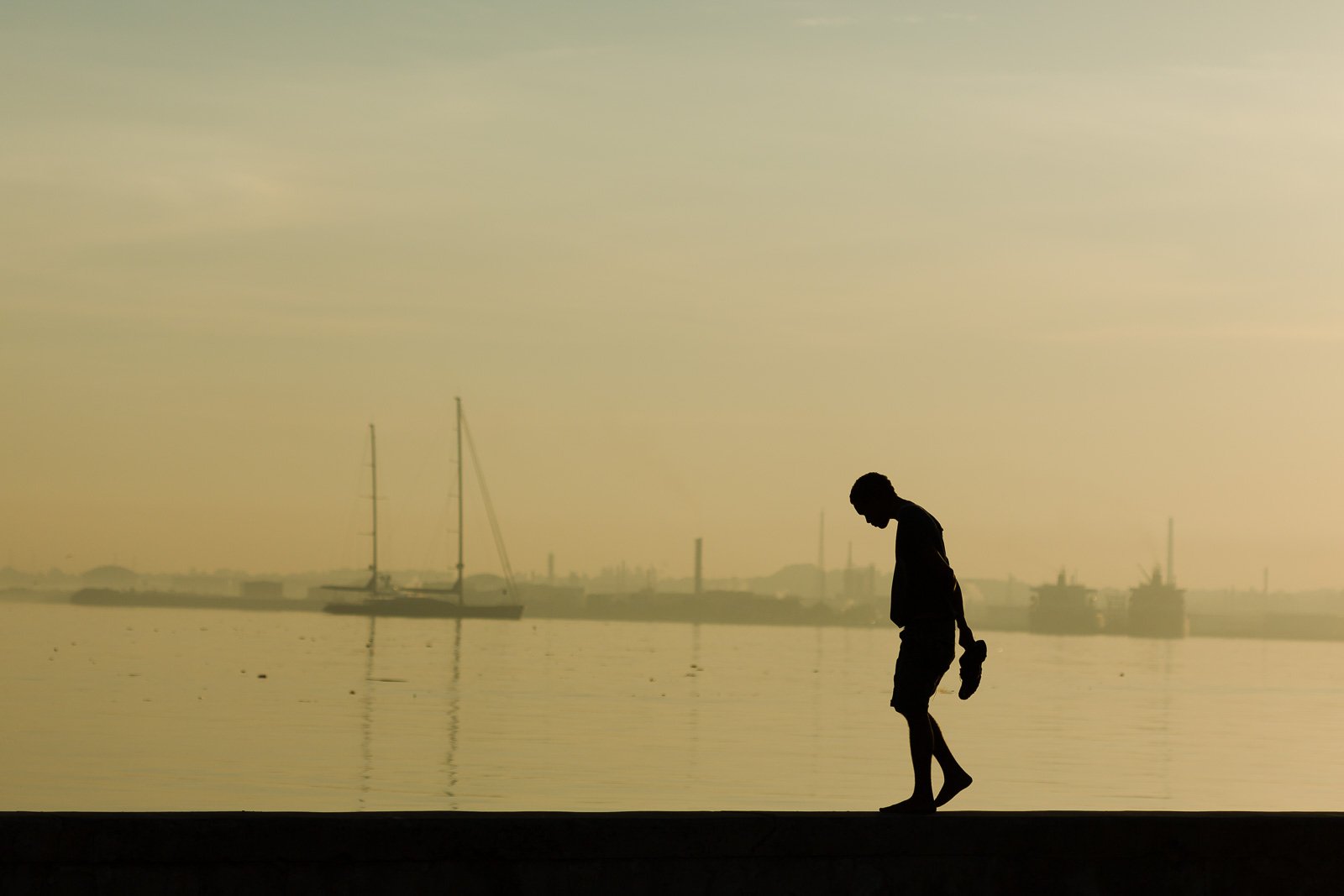 I liked the dreamy quality of the background—I think that worked really well with the contrast of the strong line on the bottom of the shot, and the outline of the man. What for me was the most significant element of the shot was the expression in the man’s body.

Here is another photograph I took around the harbor: 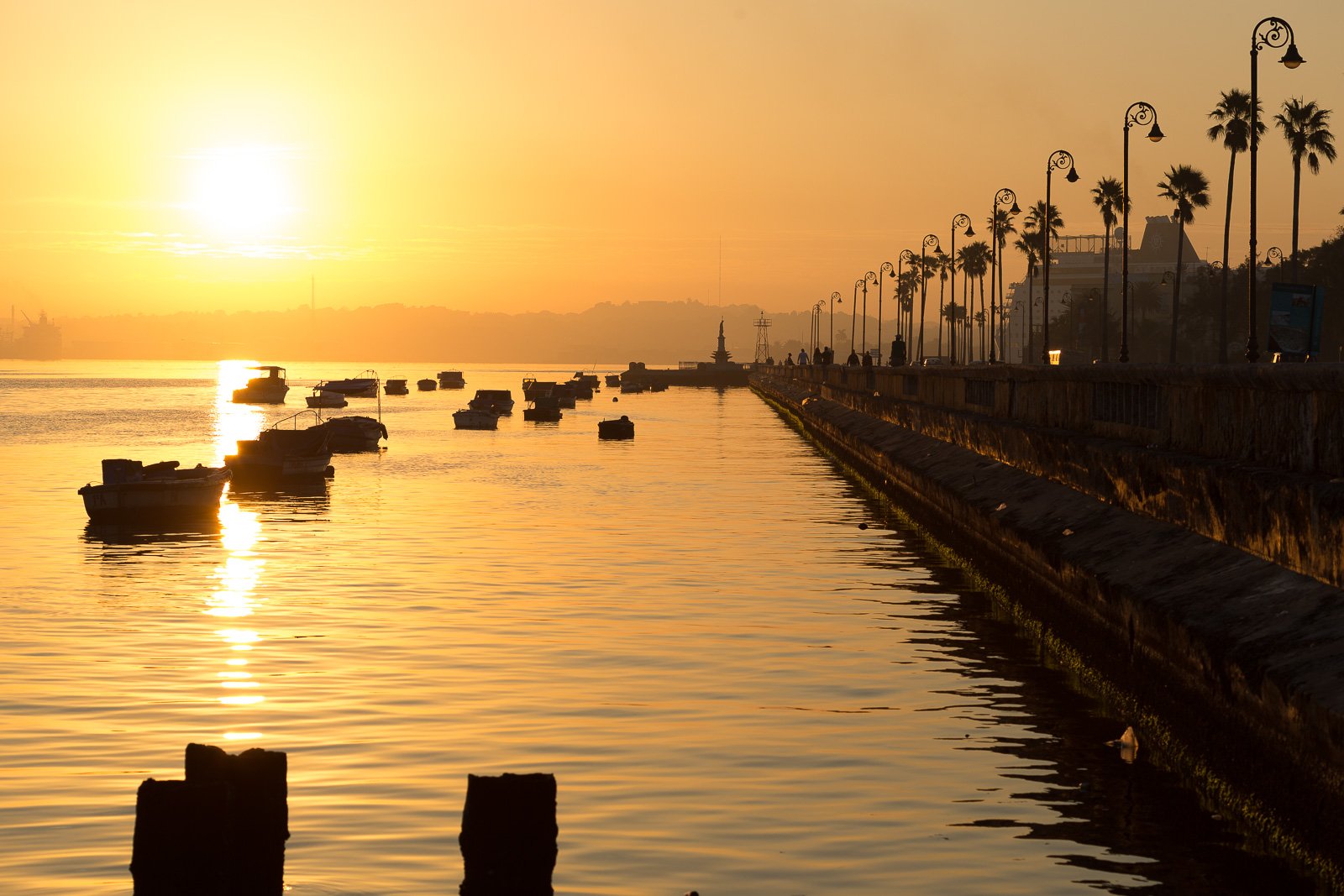 I really went for the line down the right side as the strong element, to create some structure. Then we have the elements of the lamp posts also on the right. This creates enough structure and balance for those boats that are spread out, drifting and floating on the beautiful textured water, not to see out of place.

The photo below is perhaps a bit obvious. The religious figure against the shining sun—you can almost hear the angels, right? Joking aside, I still thought the shot was worth taking, particularly with those clouds. 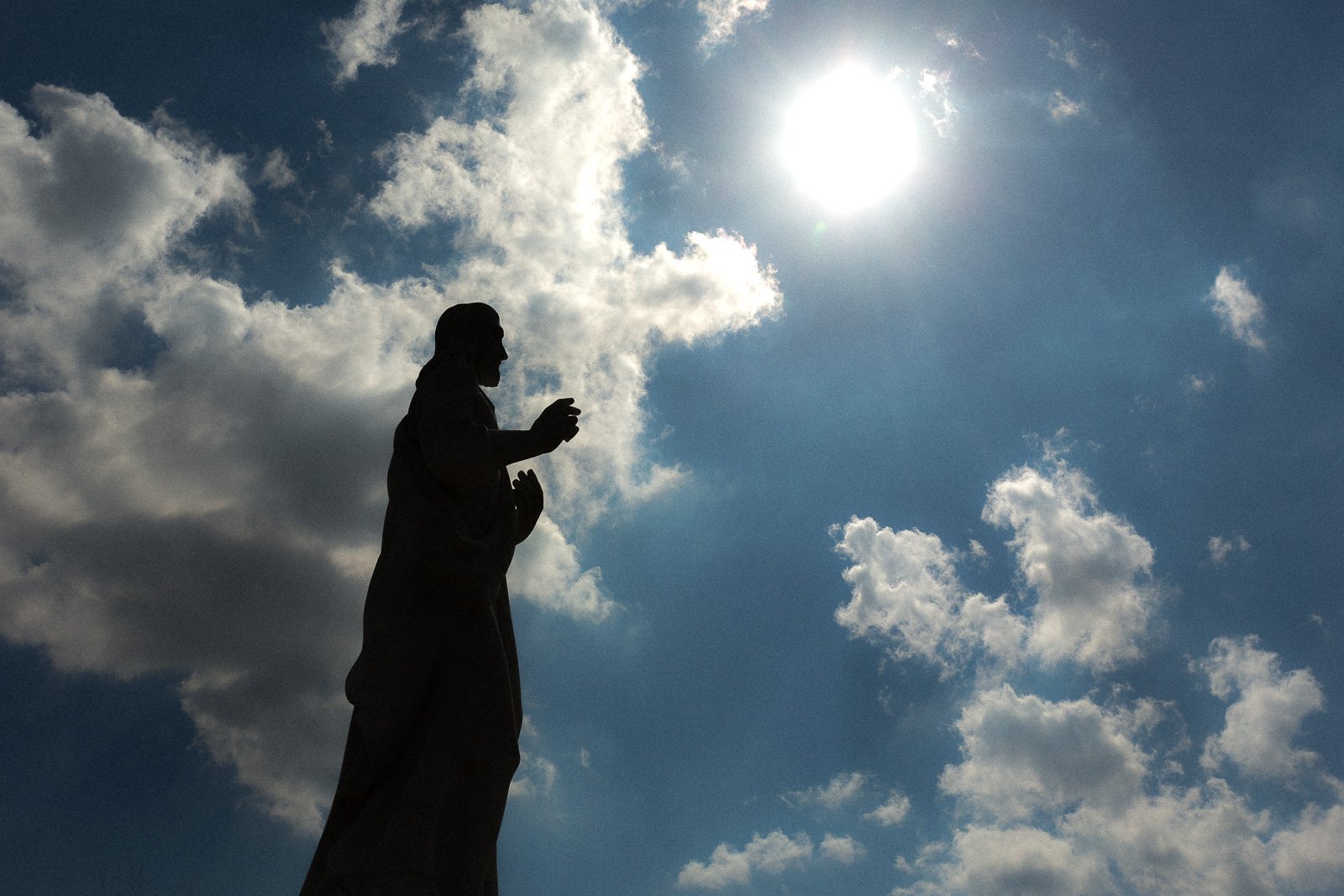 In contrast to the examples above, here are a couple of photos that I don’t think worked so well. But I still think you can see what I was aiming for. 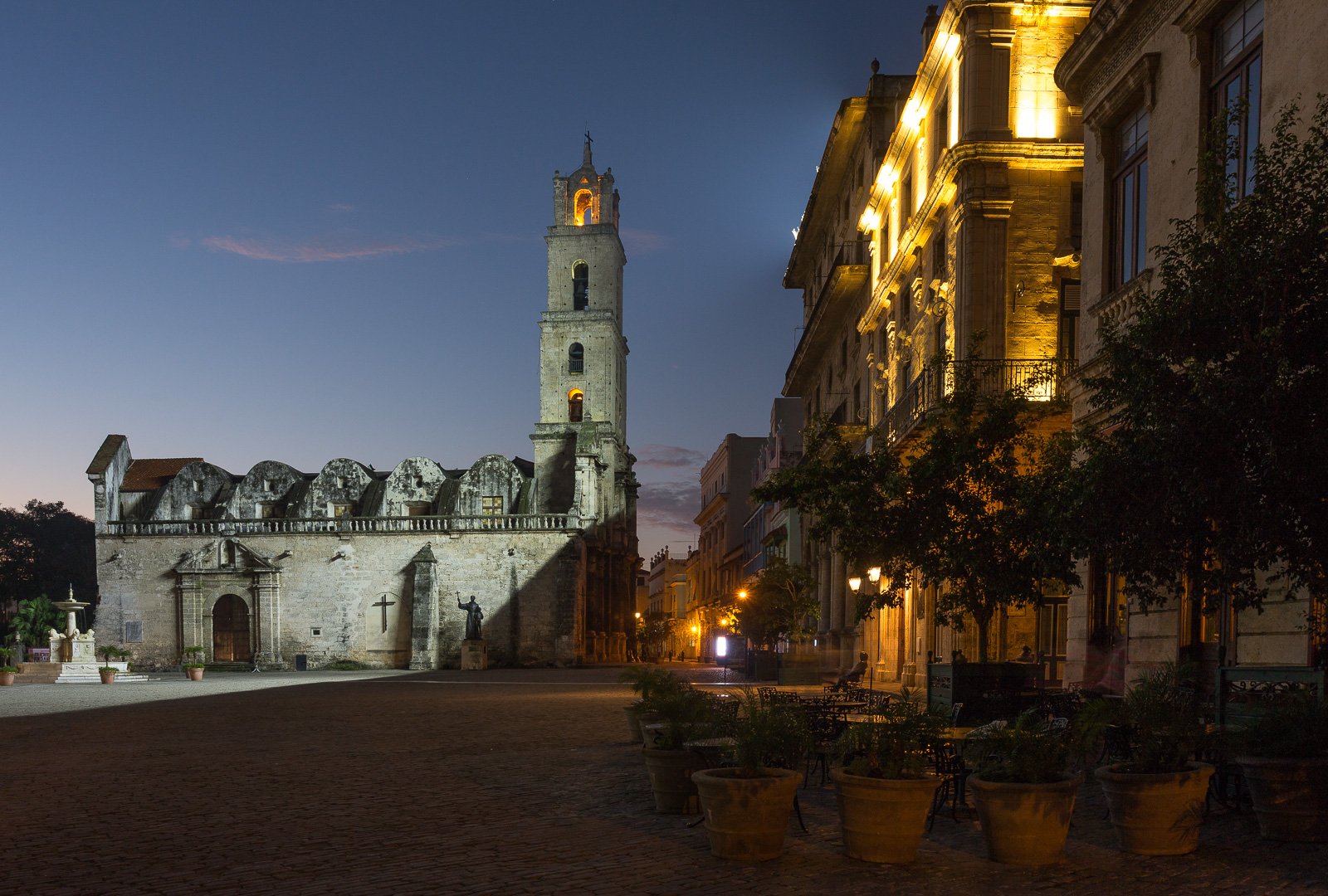 In the photo above, I loved the shape of the church—the tower, so strong and proud, and the shape of the building. Then there are these tall buildings on the right, a different color than the church, which was nice. I also liked the strong line of the shadow, dramatically cutting across the church.

Then we have the space of the road and the square, but it’s too busy. The elements on the road and in the square are dark and not defined, perhaps that is what detracts from the shot.

I don’t think this shot quite worked, but was on its way. What would you have done differently? 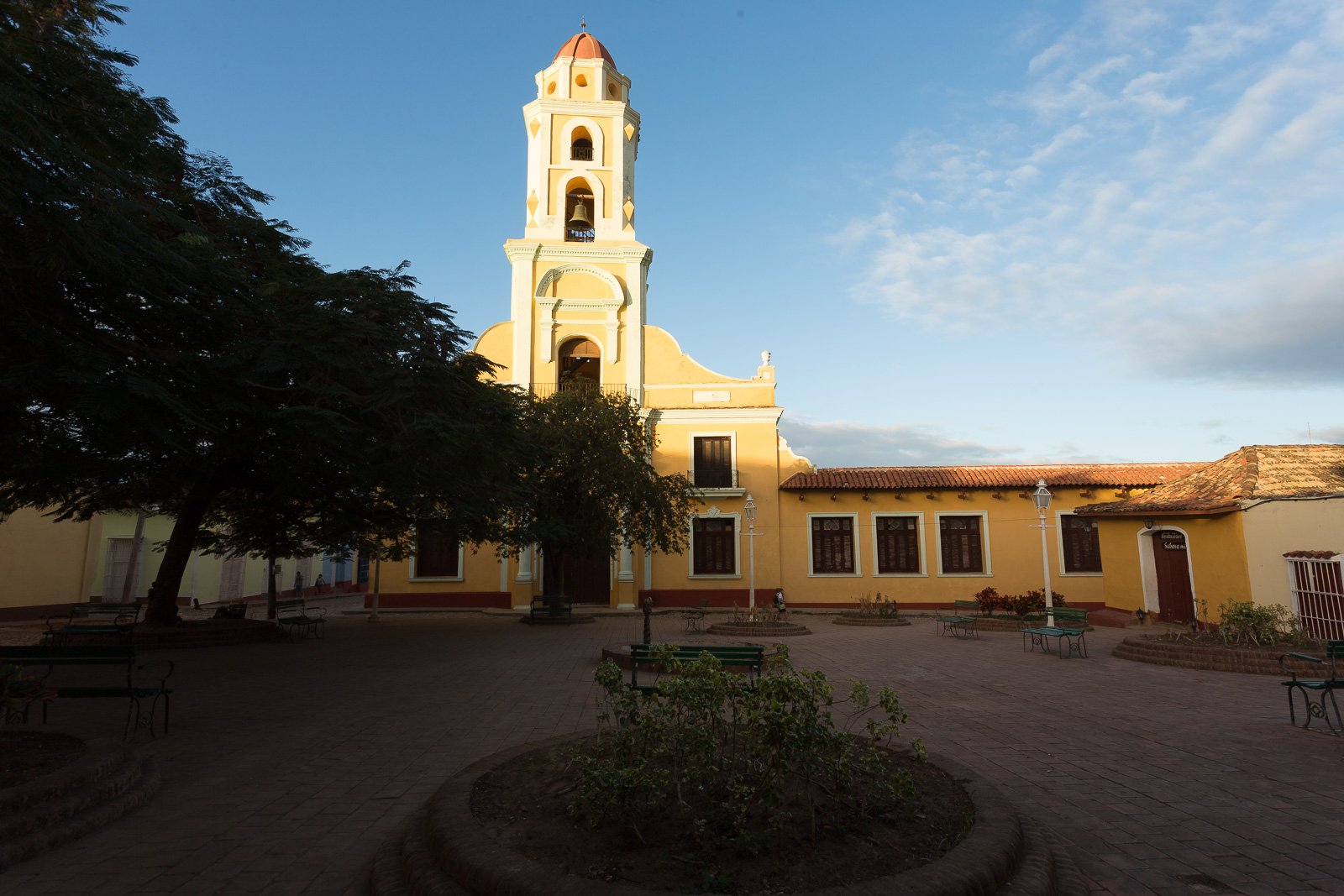 Here is another shot that had a lot of potential but didn’t work out. Still, I think it shows my thinking really well, which is why I’ve included it.

I was intrigued by the shape and colour of the building against that beautiful blue sky. The clouds in the background were also great. I am not often a fan of cloudless skies—they can be too flat and boring. Not all the time, but often.

Now that I had those elements, I thought the shape of the tree was interesting, and believed that would be the element that would bring it all together, would make it visually interesting and not just a shot of a pretty building. Alas, this wasn’t the one.

Now to my final photo—this is a very simple shot. Engaging photos of buildings are hard—how many millions of completely boring shots of monuments and buildings have you seen? Buildings will come out flat if you don’t create depth and striking visual elements.

By positioning myself off to the right, I was able to bring out some of the attractive lines and shapes within the building, giving it depth and making it look less flat. The lovely light and shadows really help; the building would have been very flat in a hard midday sun.

Of course the sky (again with those beautiful, colored clouds) also adds depth, as well as a little drama. 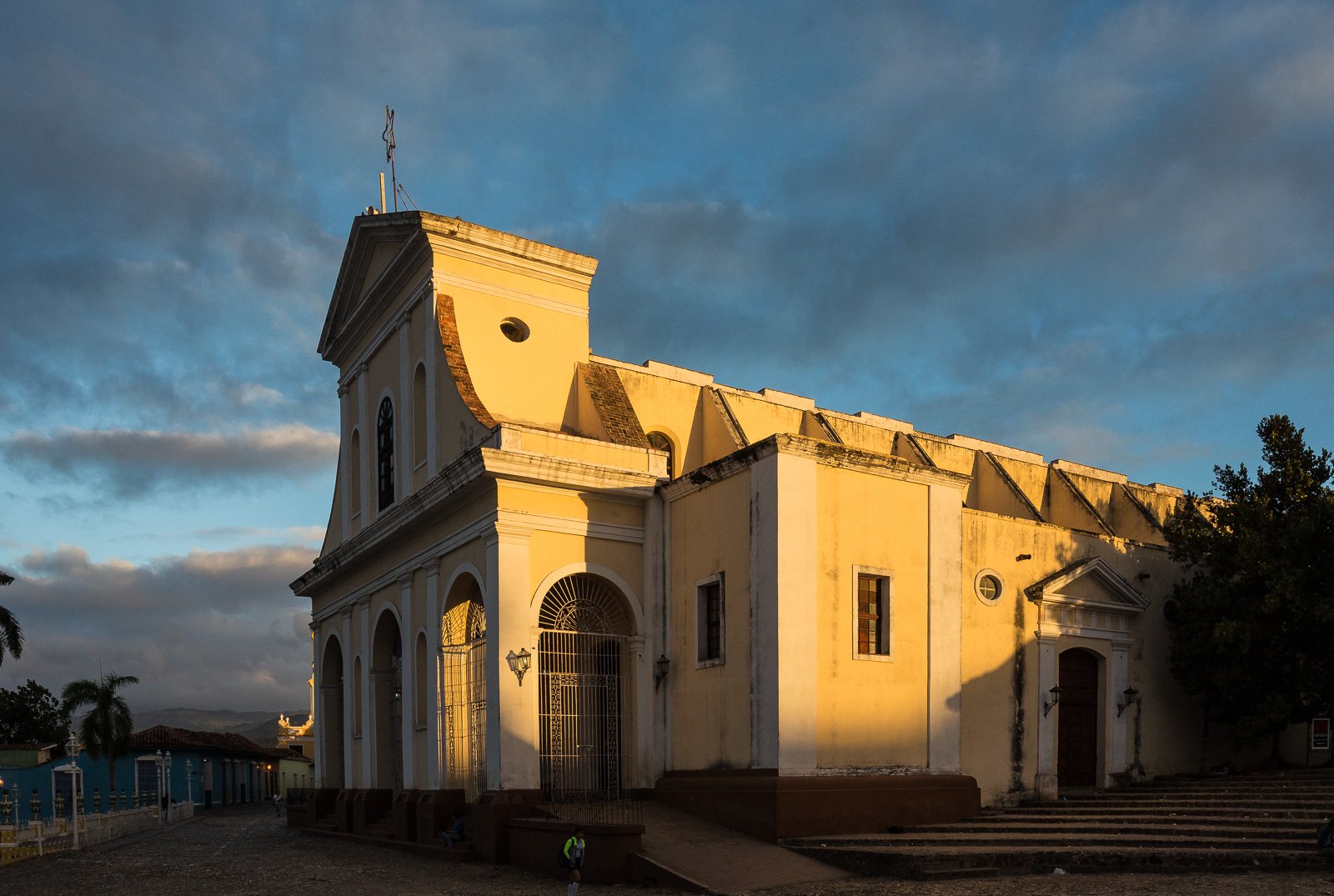 I hope you enjoyed these ideas. Let me know what you think in the comments below.

About the author: Photographer Anthony Epes runs the travel photography company Cities at Dawn with his wife Diana Bird. You can see more of their work or sign up for their workshops on the Cities at Dawn website. This post was also published here.

Previous These are the Winners of the 2017 Sony World Photography Awards
Next SwellPro’s Waterproof Drones Don’t Just Fly, They Float to Film Underwater

I’ve always laughed when, as a photographer, people ask me if I can deal with ...