The Average Faces of Vogue Cover Models Around the World

This portrait is the average face of Vogue cover models over the past 25 years.

The image was created through a study commissioned by MyVoucherCodes. Data specialist Giuseppe Sollazzo first gathered the names and photos of every single female cover model over the past 25 years for 7 international editions of Vogue: US, Russia, France, Japan, Brazil, UK, and Italy.

The study then used facial feature extraction techniques for 68 points on each face, averaging them using a technique called “Delaunay Triangulation.”

“This technique splits each picture into triangles, then the averaging algorithm twists and warps two or three images at a time so that they align perfectly with each other,” the study states. “Once all of the triangles are put back together, the average face is born.” 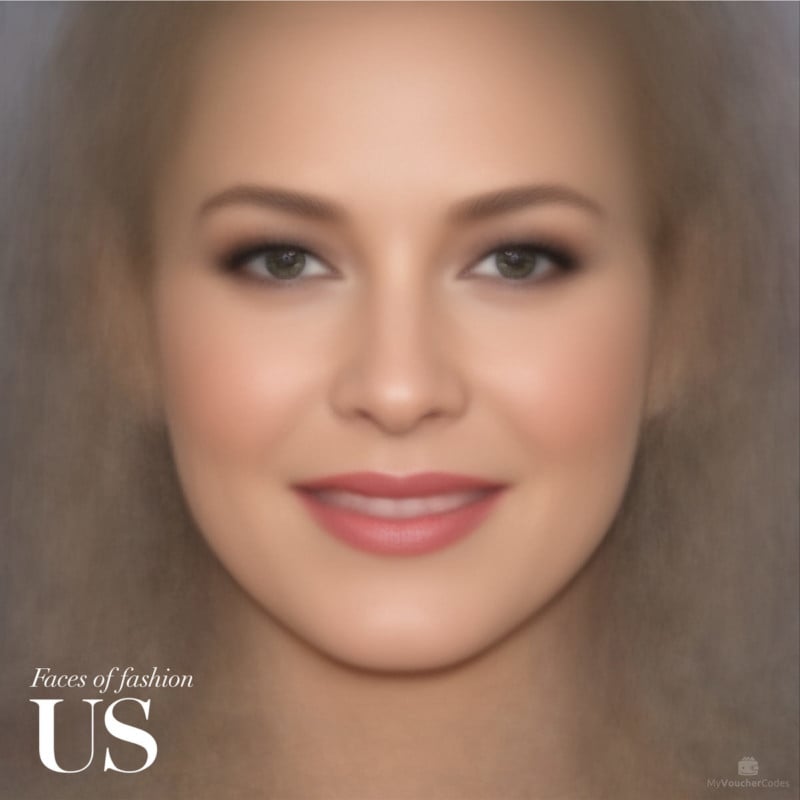 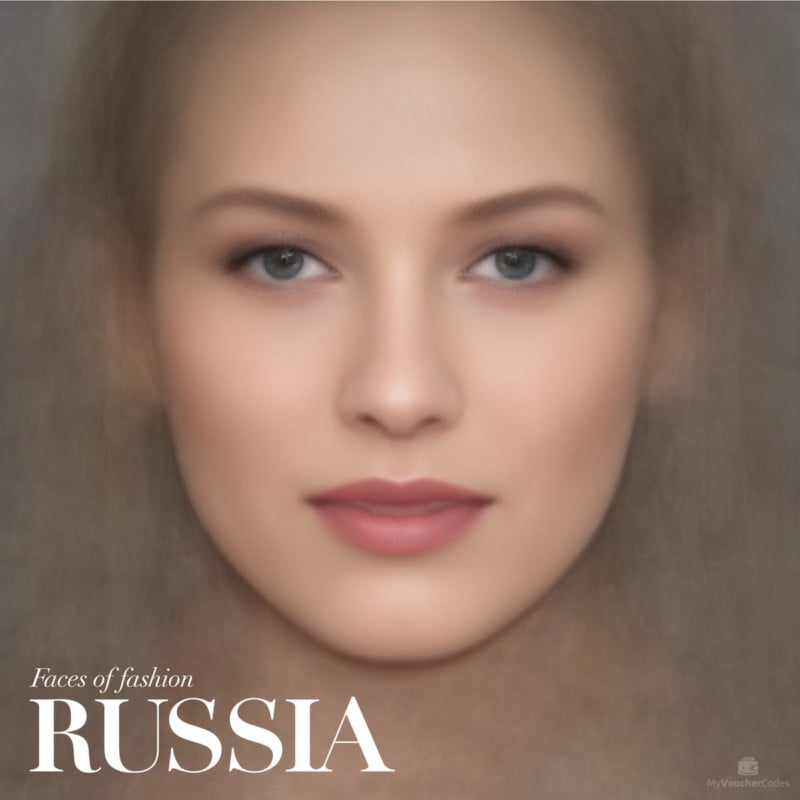 Studies have found that average faces tend to be considered more attractive.

“Face averageness and it’s relation to physical attractiveness has been explained in terms of genetic heterozygosity,” Bill Lytton wrote in an PetaPixel article on the subject back in 2013. “Average features, such as faces, may point to overall genetic health and resistance to parasites.”

The average faces above, therefore, could be considered Vogue photo editors’ and photographers’ ideals of beauty.