I hated every single one of my photos. My personal hero, Jimmy Chin, would have too if he could have seen them at the time.

This existential crisis of Lightroom library disgust became so overwhelming that it eventually became a good reason for me to sell all of my expensive camera gear, writing a crisis post on Reddit’s /r/photography sub, and later sharing that story as an introspective rant of self-discovery on PetaPixel. Both of these posts really seemed to jive for a lot of people, garnering lots of comments on both platforms from people who could relate in their own journeys.

(In hindsight, I apologize to anyone who sold all their camera gear and later had major regret over it). Maybe I wasn’t the only one who was missing something about photography. Maybe photography wasn’t actually even really just about nice cameras and fancy lenses. 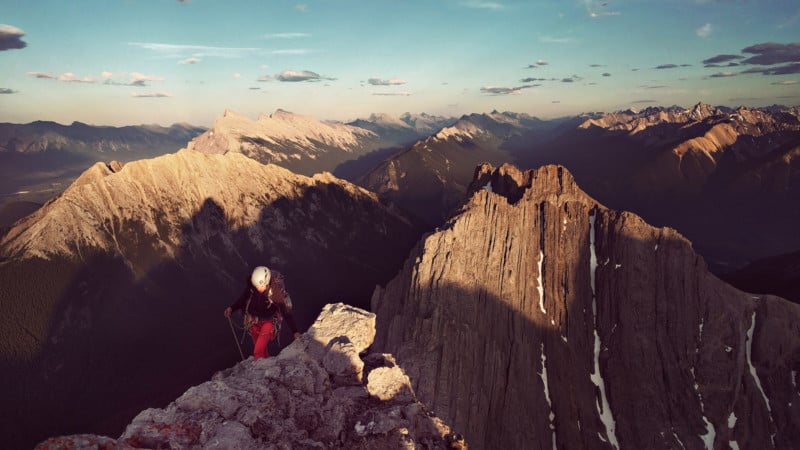 Considering I was making a living from photography up until that time, I felt like this self-loathing wasn’t exactly a healthy place to be in. I am an outgoing enough person, so I did enjoy working with clients to create great images. All my wedding and commercial clients at the time liked my work, even if I hated it all for not representing what I was passionate about.

For all intents and purposes, I was successful as a photographer, even though I knew that I really wasn’t doing photography for the reasons I should have been. But I had turned something I loved into something I hated, and I knew it was the wrong path. I misunderstood my love of adventure photojournalism for a love of photography by itself. I naively believed that wedding photography could be a path to adventure photography. It sounds stupid when I type it out here, but at the time (as a father and partner), it really did seem like the only reasonable and viable option. 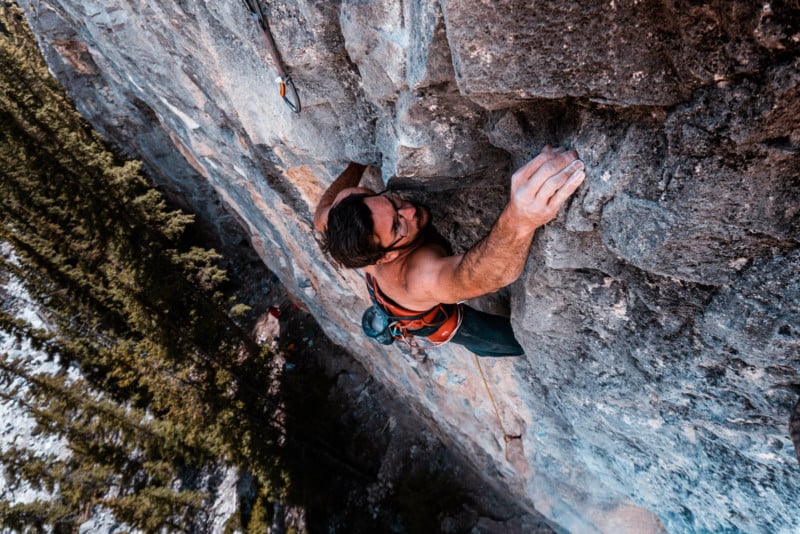 I’ve always been an adventurer at heart. I grew up on a diet of jaw-dropping National Geographic photojournalism pieces. My dream was always to be one of those hardened travelers who called traveling the world, snapping photos of gorillas their day job. It is an unrealistic dream of course, but maybe I could find a way to at least become the kind of photographer I wanted to be, even if it meant I would not ever be able to do it in some professional capacity.

It was time to find a way to become the most bad-ass weekend warrior on the planet. Photography, as a priority, would just have to wait. 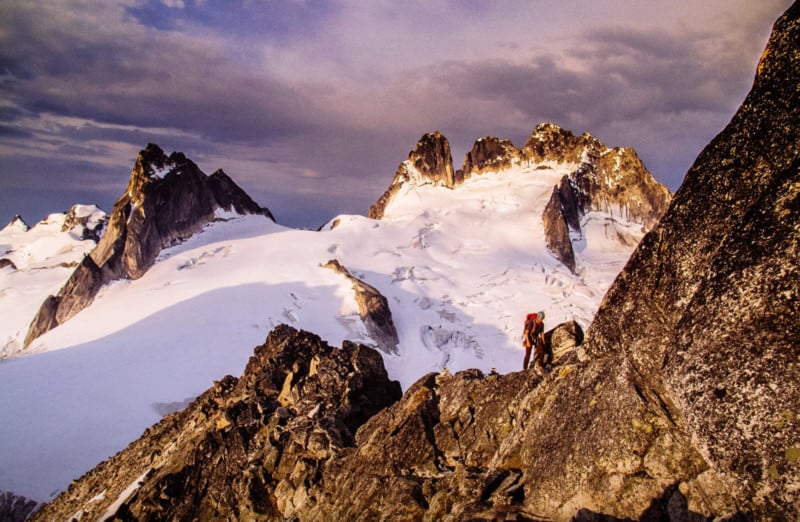 In 2012, I took a full-time job working in IT for a marketing firm in Calgary — only an hour’s drive from the Canadian Rocky Mountains. Even living this close, it was still was only possible to get out there every other weekend or less. I made up for it by starting to climb in a local climbing gym. It wasn’t much, but it was a start in the right direction. Rock climbing, even at the beginner level I was at, was clearly the part of my life I had been missing.

But I knew only 4ish days per month in the mountains wasn’t going to be enough to transform me from a ghostly desk pilot into a grizzled and chiseled mountain man. I started looking for work further west in the Bow Valley to try to make a go of it living in the mountains themselves. Banff and Canmore to be precise. A desk job in IT at one of the municipalities turned up. Despite the high cost of living in the area, I took a risk and applied for, and got the job. 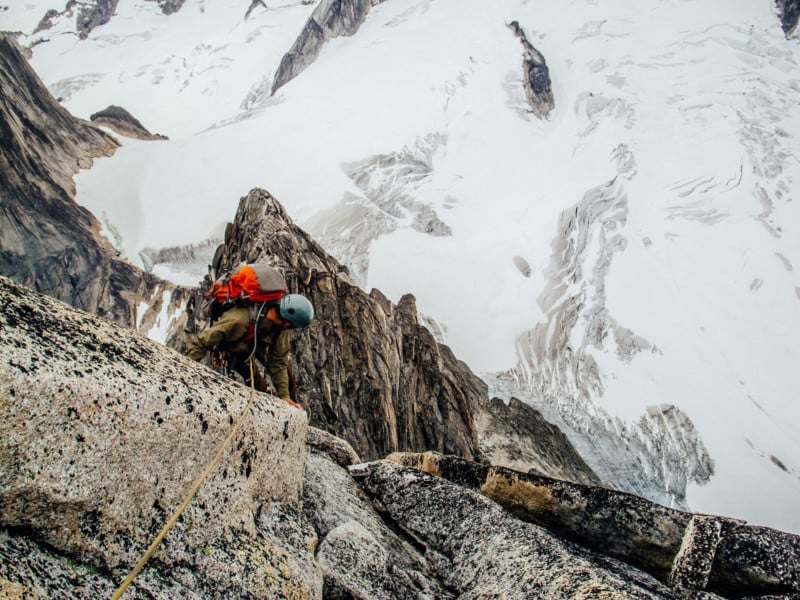 The move into the mountains resulted in a lot of positive changes for my “adventure career”. Not only could I get outside more than 4 times per month, I also started to become a part of the local climbing community. I began meeting and partnering up with all kinds of mentors, ranging from old-time Alpinists like Barry Blanchard to modern climbing heroes like Sonnie Trotter.

My climbing skill and experience began to improve in leaps and bounds. I went from a total beginner in the 5.8 range (that’s really easy for you non-climber folks) to around 5.12 (which is somewhat of an advanced amateur) in 2014, which was by far the most successful year of climbing in my career. 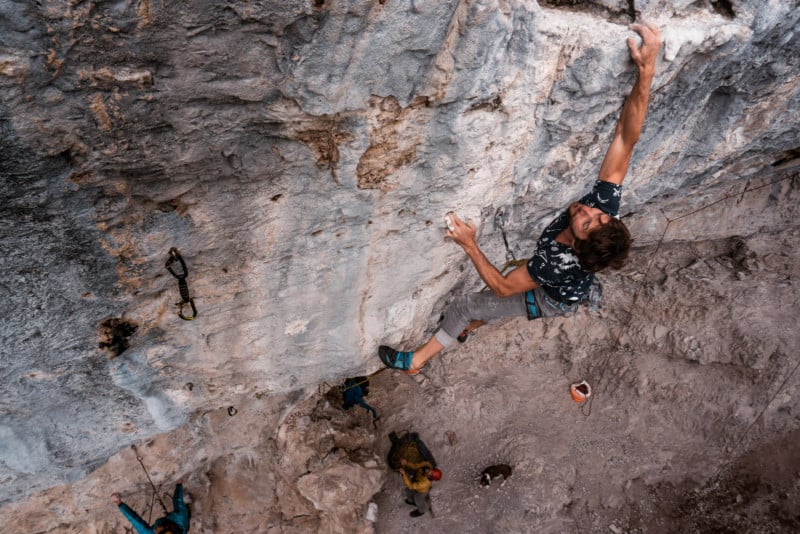 Since I was only shooting with a cell phone at the time (my old Samsung broke), I didn’t have a lot of photos to show for all this progression. But this was ok because I was really starting love the few grainy, low-resolution photos I could snap with my Nexus 5. Those photos represented adventure, suffering, hard work, and a love of the outdoors. In the back of my mind, I knew I would someday be able to dedicate myself to photography again, but I still had to hone my skills more. I dedicated myself to intense training cycles, and outdoor adventure trips every chance I could get to keep pushing myself. 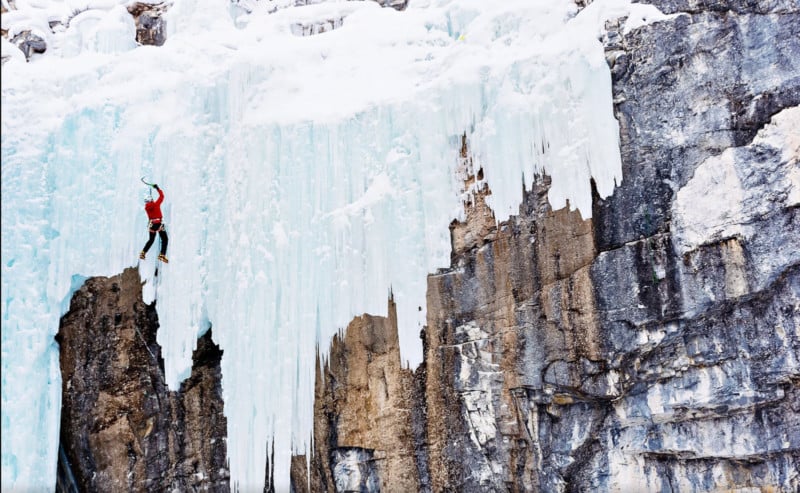 Fast forward to today, and countless adventures and hours of training later. I (finally) love my photos. I’m definitely not Nat Geo or Red Bull worthy. I’m not a pro climber, or a pro adventurer, or a pro photographer, but I have finally grown into the adventurous person I’ve always wanted to be (and have still been able to be a good father in the process). I picked up a Sony Alpha a6300 this year, and slowly but surely I’ve started to add photography back into the mix. 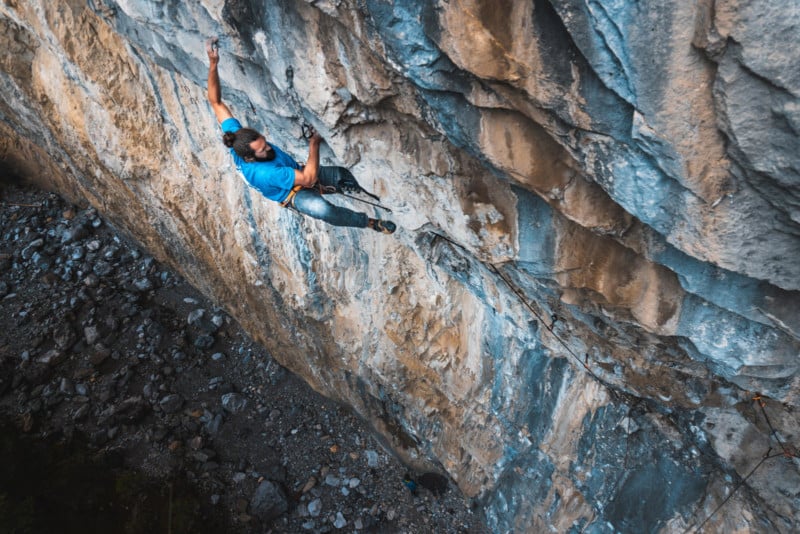 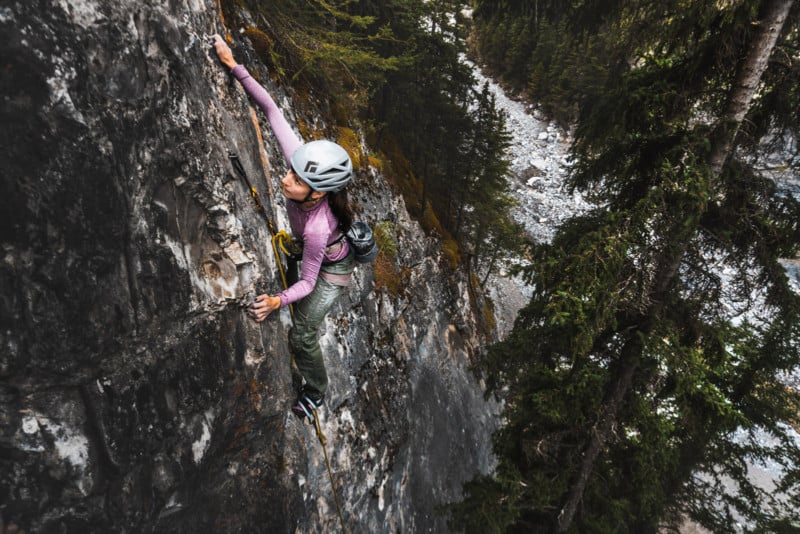 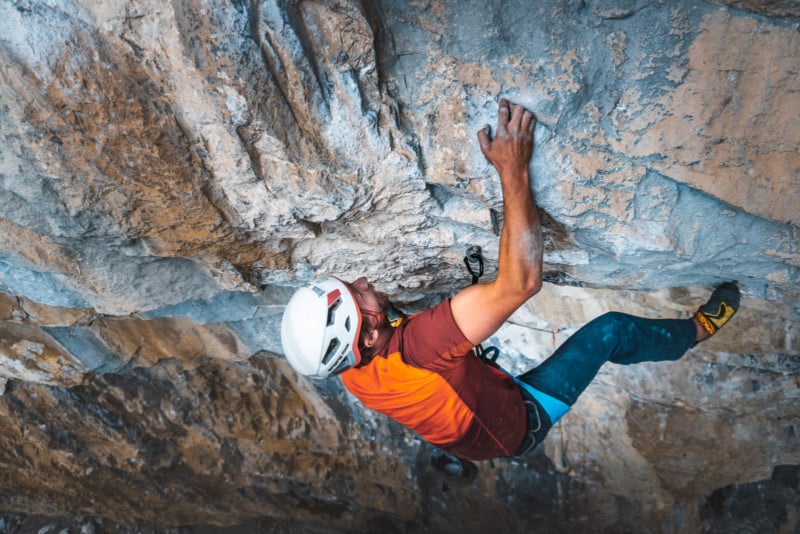 I think the biggest lesson I could have learned from my journey so far is that it’s not what you shoot with, or how much money someone pays you to shoot, but what you are shooting that matters. Focusing purely on shooting what I love the most hasn’t made me rich or famous, but it has given me the kind of personal satisfaction that I always looked for in photography.

Maybe someday it could lead to a career, but that doesn’t matter, because the journey has become the best part.

About the author: Jonathan Coe is a photographer, climber, and skier based in Rossland, British Columbia. He shares his mountain adventures on Instagram.