Breaking News
Home / Inspiration / The ‘Why’ of an Advertising Photo

These Stock Photos Are Selling in the Coronavirus Pandemic

I did my first advertising assignment in the year 2000. I still remember how excited I was when I, a few months later, walked out of a bookstore on Chestnut Street in San Francisco with several magazines with my pictures in them.

20 years into my career as an advertising photographer, the excitement of seeing my work published in magazines and printed oversized on billboards is just as thrilling. The campaign we captured for Qatar Tourism launched globally last year and have since been used in magazines, on billboards in airports and places like New York’s Times Square and London’s Piccadilly Circus, and “everywhere” online. 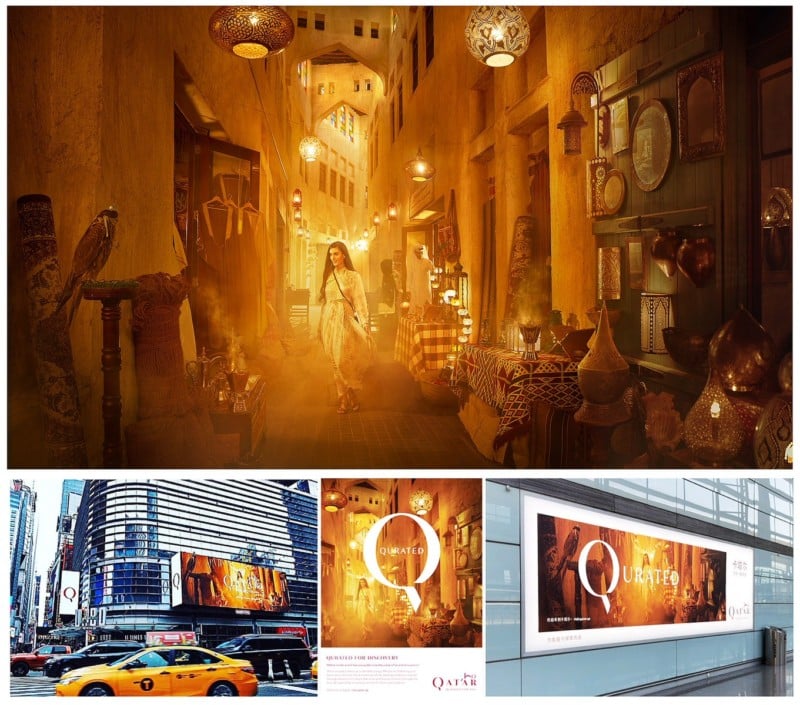 The thrill of having my work published is absolutely the same 20 years later.

How I approach my commercial work and how I understand the responsibility trusted to me when awarded an assignment, however, has changed completely during this time.

My approach early on, I now realize, was quite naïve. Being hired was fun and exciting; I couldn’t fully believe someone would pay me to take pictures. Eager to please, I dove into each assignment with a massive amount of enthusiasm! I was on a continuing high of creative endorphins and I pushed myself and my image process as hard as I could.

But I was doing so without the larger understanding of WHY. Had someone asked me during these early years what the images we captured represented and symbolized for the client, I would not be able to answer… 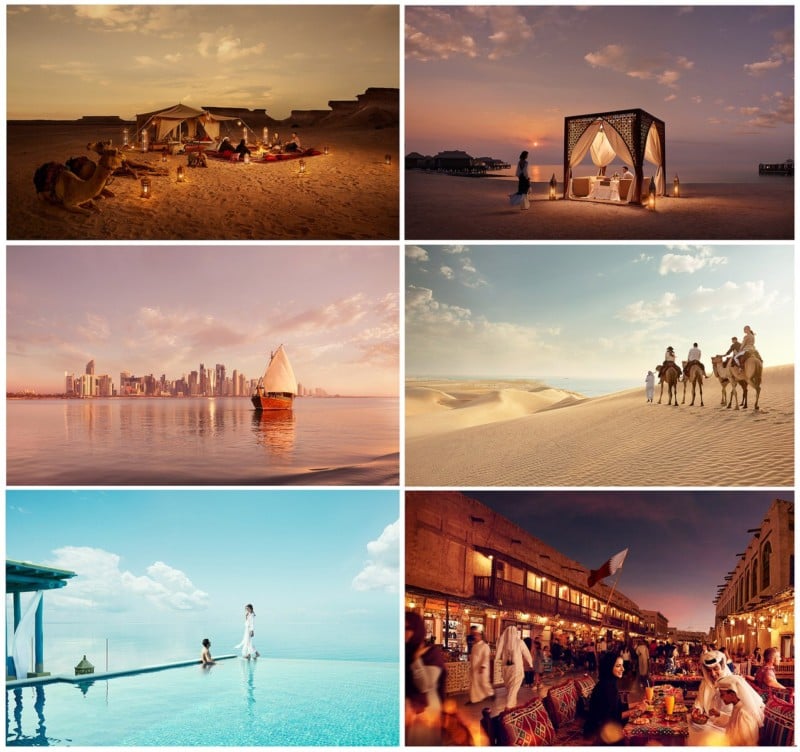 I remember vividly the assignment when I became aware of the trust extended to me when hired as a photographer. I had just been awarded what was the largest assignment of my career at the time, and as we wrapped up the kick-off call the Art Director says; “This is the biggest advertising spend this company has ever done; Don’t f*** it up!”

This company is among the 50 largest in the world…

With this, I started to realize the responsibility I have as the photographer chosen to execute the images for an advertising campaign and got a larger understanding around the work the agency and client have done on the campaign prior to approaching possible photographers to create the imagery.

I did some of my signature images during this time, so it was not that the work didn’t hold up. It was more about my creative process not being refined enough to include a full understanding of what I was hired to create. I guess I was so excited about the fact I got hired to do what I love that I didn’t quite see the bigger picture. Or maybe I simply lacked the depth or curiosity at that stage in my life to ask myself the very basic questions:

WHY does the client want to create this kind of image?

HOW does it relate to the message of the brand?

WHAT kind of person do we cast and what environment are we in?

WHAT light quality and color palette would help underpin the emotions the Advertising Agency wants the image and brand to be connected to?

These questions are so obvious for me to ask today and the answers serve as the North Star for my approach in every new project I take on.

One might think one gets jaded as one gets older, but for me, it has been the opposite. Having been at my photography journey for 25 years and working with advertising for 20, I now have a very different insight and understanding of the work clients and advertising agencies put into building a brand or launching a product.

An ad agency (or in-house creative) can work on a launch for months and years before getting to the stage where they are ready to execute the visuals. To then be the photographer chosen to turn their ideas and concepts into images and films is a huge privilege and I put more pressure on myself to deliver today than I ever have.

The first time I deeply felt the gravity of a campaign and my photographs’ need to be successful was in January 2009. The economy was crashing, and tourism and travel came to a halt.

Spain, where the tourism industry is as much as 16% of GDP, had tasked the Advertising Agency McCannErickson in Madrid to launch a global campaign to boost tourism. They, in turn, hired me to be the photographer shooting the images for it…

I had done larger campaigns for a while but was still fairly new at being hired for media buys at this level. 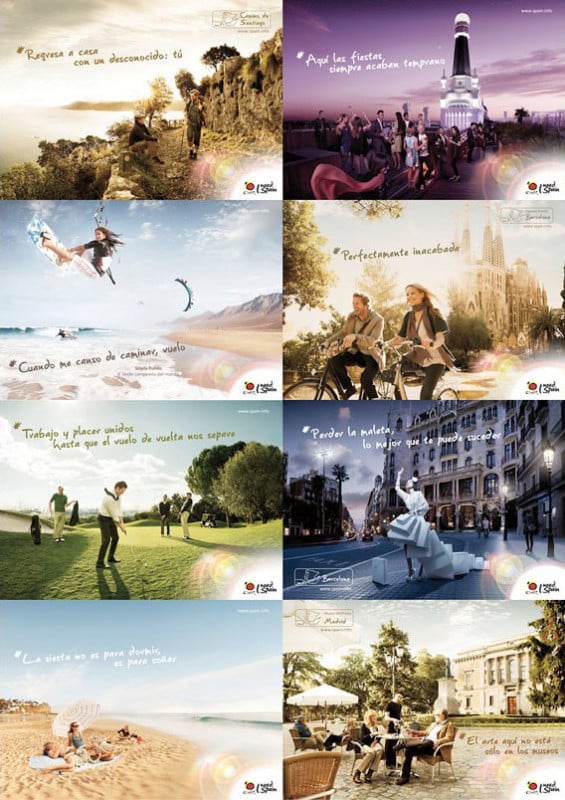 I vividly remember the first day of the 3-week shoot. Never have I felt more pressure and a sense of relief.

When scouting the location, we had decided to have a fence along the cliff removed for the shoot. We show up in the dark, early in the morning on our first shoot day to get ready for sunrise. As my producer is removing the temporary fencing placed for safety, he trips and falls off the cliff…

He catches himself on some trees growing out of the cliffside with just a few bruises, and we got him safely back up. Shortly afterward, 19 people from the agency and the Spanish Ministry of Tourism show up to watch the first image of the campaign happen…

It is January and the weather had been terrible for days. The forecast for the morning was not great, but we could see breaks in the cloud cover as dawn arrived with its first light. As the sun rose and broke through the clouds and the images came up on the computer, the relief from the group behind the camera was palpable.

It was a strange mixture of emotions that morning. The adrenaline from the fall and rescue of my producer, the pressure surrounding the importance of the campaign, and that relief when it all turned out okay and the sun rose across the peninsula and water.

My producer didn’t say much at all the rest of that day. He sat quietly on a patch of grass until the shoot was over and then headed for the hospital to get his bruises looked at.

I finally came off my adrenaline-fueled state of the accident and focused through the shoot. I then had my reaction; I got dizzy, threw up, and had to find my own patch of grass to catch a break and reflect on the morning. One could argue that my early ignorance of the gravity of my assignments was bliss and that I was better off just having fun creating, but I have gotten better at managing pressure and gained some life perspective on marketing and pictures. We are not performing life-threatening surgery…

I have found what’s closer to a balance where I have the utmost respect for the process and gratitude to get to be a part of it. I have in the decade since been lucky enough to be hired for many both high and lower profile assignments. All with its own sets of pressures and expectations…

So why am I sharing these stories around the understanding of the creative process and the WHY of a brand’s visual language? I get asked all the time where I see the future of advertising photography.

I don’t have a crystal ball, but I reflect on the traditional use of images in newspapers and magazines largely being gone, and the profound proliferation of photography through the camera phones and social media.

Gone are the times where one image could make the bold brand statement. The memory of a single image is simply washed away among the next few days or weeks of our social media streams. For companies to thrive in today’s environment, they have to use every digital and media avenue available to them. There are tracking, metrics, profiling, AdWords, social media, and influencers… 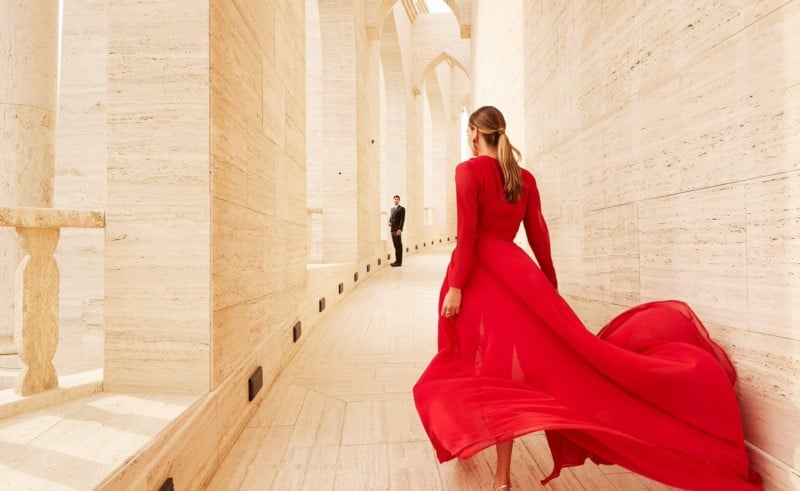 At the core of these new branding efforts, there has to be a brand message and narrative with a deeper substance in which the consumer can connect to. Otherwise, we will forget about the company as quickly as we forget about the image they used to market themselves.

If you believe this as I do, it is obvious that it will be increasingly important for us as photographers and filmmakers to understand both the need and the WHY of this core branding.

I believe it to be the best way commercial photographers and directors can effectively help shape brands and their story, and a big part in us photographers continuing to thrive.

About the author: Erik Almas is a California-based advertising photographer who travels around the world shooting for clients like Kohler, Toyota, Puma, Nike, Hyatt, USPS, Citibank, and Amtrak. The opinions expressed in this article are solely those of the author. To see more of his work, visit his website, Facebook, and Instagram. This post was also published here.

Previous Google’s AI Will No Longer Tag Photos with Gender, Will Use ‘Person’ Instead
Next JPEGs May Get AI for Smaller Files and Blockchain for Greater Trust