Breaking News
Home / News / These Are the Best Phones for Night Photos: DxOMark

These Are the Best Phones for Night Photos: DxOMark

DxOMark has announced an update to its smartphone camera quality testing methodology that adds two new scores for each phone: Night for dedicated low-light modes and Wide for ultra-wide lenses.

The Wide score is in response to the ultra-wide camera modules being introduced in smartphones over the past few years, starting with the LG G5 in 2016. The Night score covers the rise of computational photography techniques that have brought special new low-light abilities to newer phones.

To test the Night score of smartphones, DxOMark is capturing a variety of real-world low-light scenes — things like cityscapes and portraits — with the flash set at on, off, and auto. These photos are shot with the dedicated Night mode (if it’s available) both on and off. 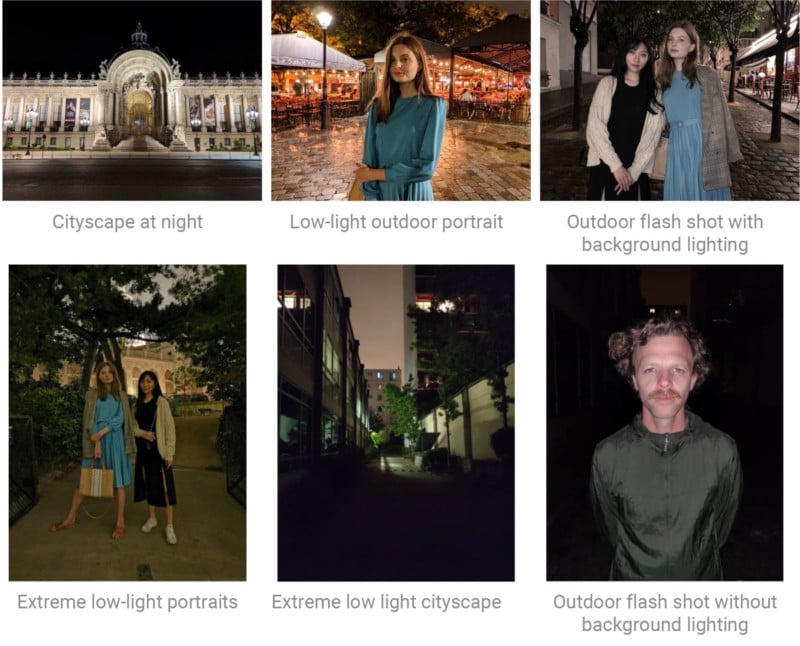 DxOMark then analyzes the quality of these low-light photos, focusing on the same attributes that are used for general image quality assessment — exposure, color, texture, noise, artifacts, and autofocus performance. 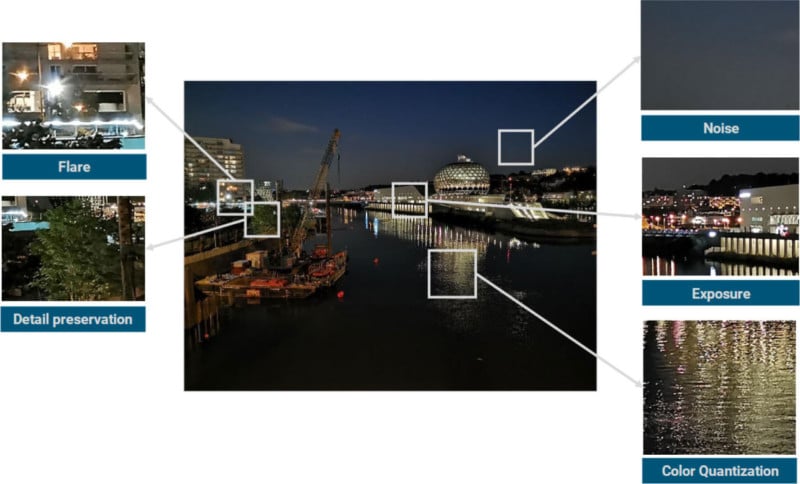 “The Night score replaces the previous Flash score in our scoring system and can increase or decrease the Photo and Overall scores,” DxOMark writes. “Within the Night test protocol, the results count as a bonus in a similar way as the Wide score does for the Photo and Overall scores—if Night mode results are better than images captured at default camera settings, they can improve the overall Night score; but bad image quality in night mode, or the lack of a night node, won’t reduce the Night score.”

DxOMark has gone back through its reviews database to update the smartphones with the new Night score and recalculate the new overall scores.

If you’re looking for a smartphone that excels at nighttime photography, here’s the new leaderboard showing what you may want to look into: 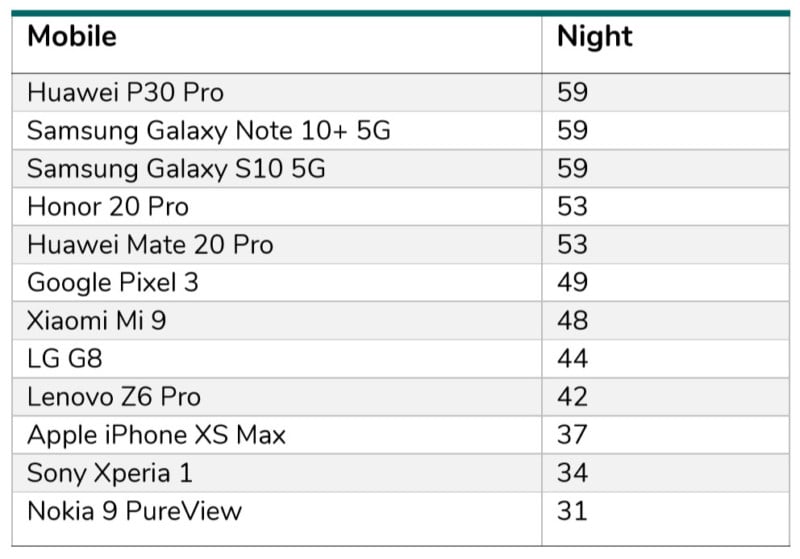 It’s not surprising that the Huawei P30 Pro (co-)leads the pack right now, as its low-light abilities are remarkable. In addition to offering ISO 409600, the P30 Pro is a phone that lets you shoot photos of the Milky Way (and aurora without a tripod).

The Google Pixel 3 received a Night score of 49 and the iPhone XS Max (which doesn’t have a dedicated Night mode) received a score of 37.

The newly announced iPhone 11 Pro has both an ultra-wide camera and a new Night Mode, so DxOMark’s updated protocol seems like a change that paves the way for its yet-unannounced review of Apple’s latest flagship smartphones. It’ll be interesting to see how the 11 Pro fares when its review is published soon.

Previous How to Shoot People-Free Photos of Crowded Places
Next Profoto C1 and C1 Plus: Studio Lights for Smartphone Photographers