This $200,000 Lamborghini is the World’s Fastest Camera Car

The one-of-a-kind camera car is the creation of the team at Incline Dynamic Outlet, which leases and operates the world’s smallest and most advanced gyro-stabilized camera platforms.

While working on the production of The Deadliest Catch recently, the team decided it needed a camera rig to go faster than the existing setups they had.

“What happens when you put 1,600 pounds on an SUV and try and run at track speed while filming the world’s top cars? Up to 60 miles an hour if you’re lucky,” co-founder Nathan Garofalos tells PetaPixel.

So while still on the 4-mile-long island where filming was taking place, the team decided it would put a camera on a Lamborghini upon returning home. And that’s exactly what they did.

After testing out the Audi R8 and other sports cars, they decided to go with the Lamborghini Huracán. One of the first steps was lowering the car 3/4 of an inch to change the center of gravity and alter how air flows. 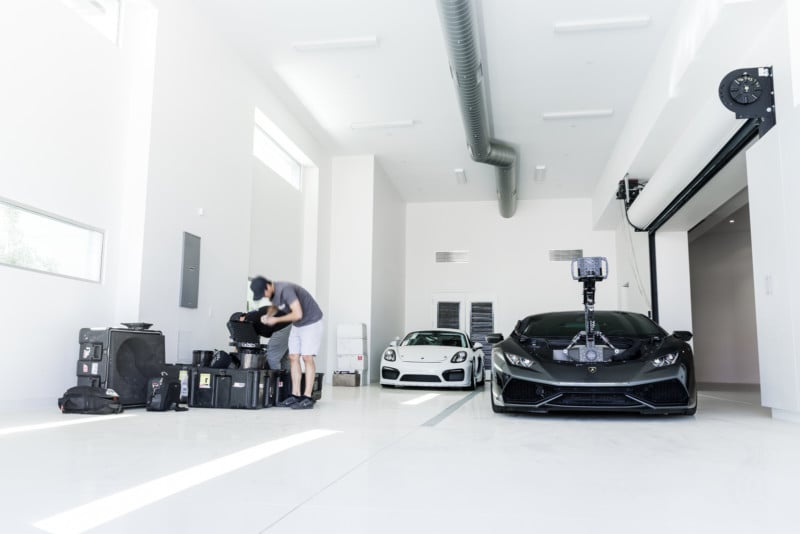 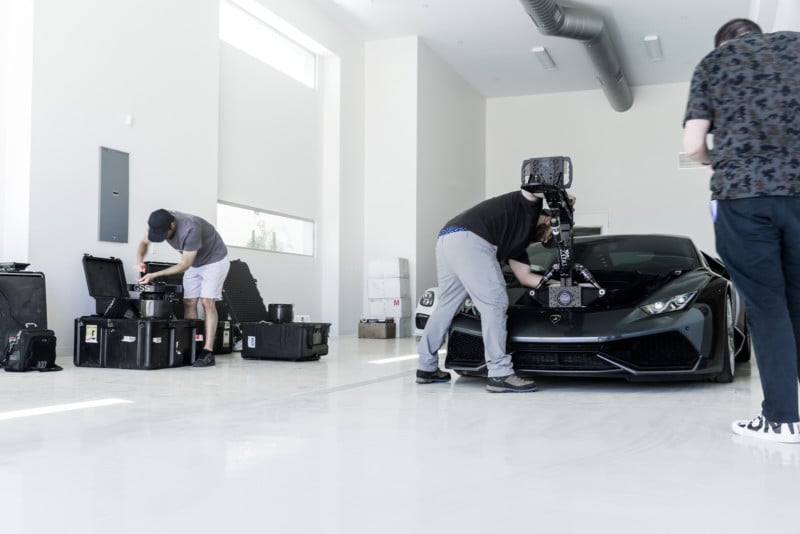 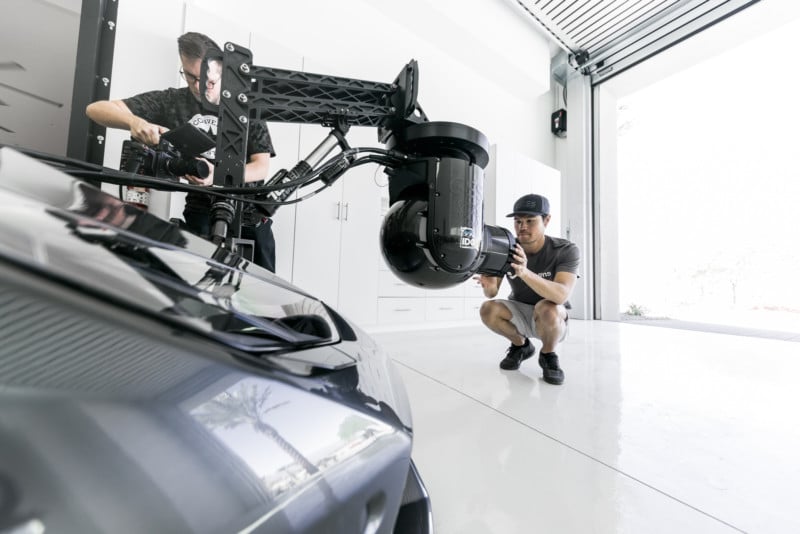 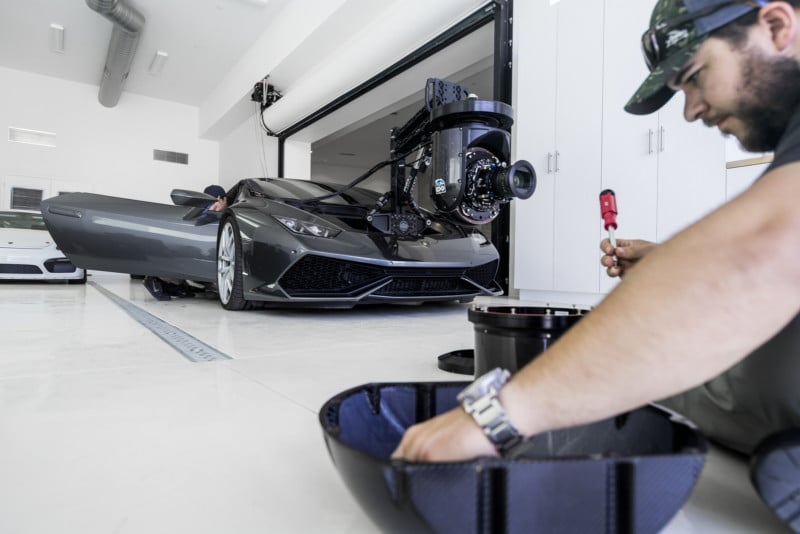 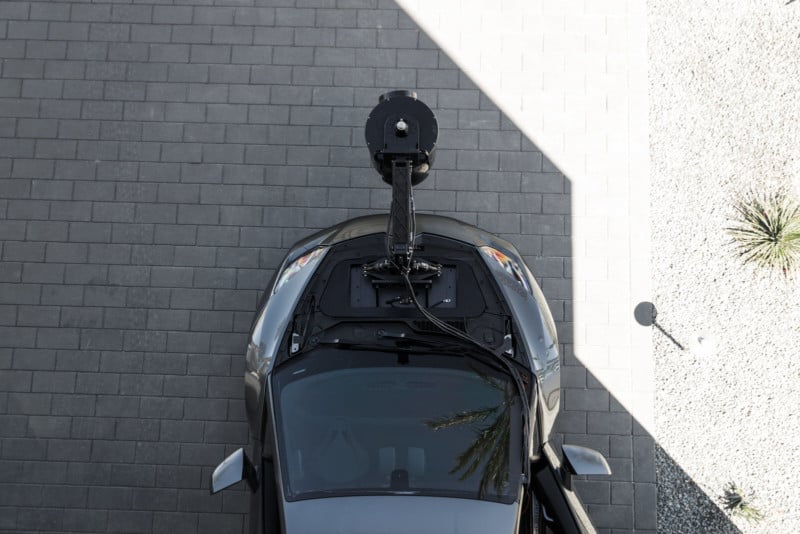 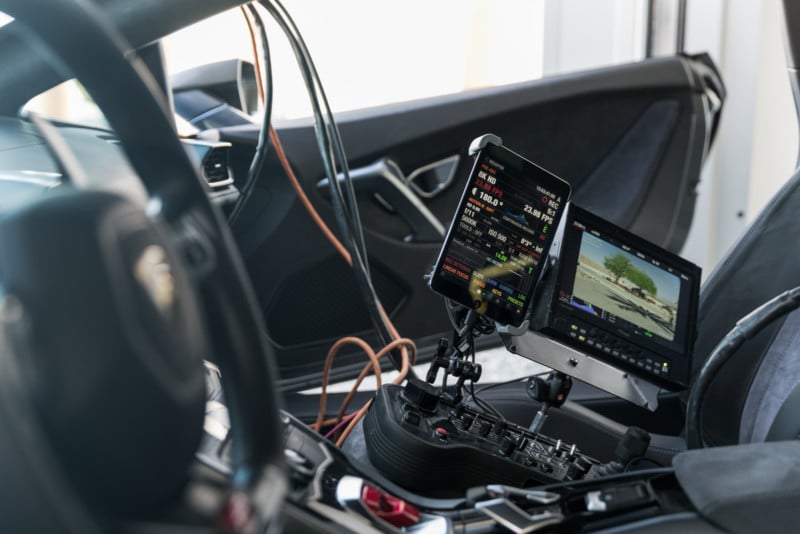 The build took months and cost over $500,000. The resulting camera car, affectionately dubbed the “Huracam,” boasts over 600 horsepower with a 5.2-liter V10 engine and still has its top speed of 201 mph (323 km/h). It’s the fastest camera car in the world right now, according to the company.

“Someone put a camera on the back of a Ferrari” a while back, Garofalos says, but “that car is slower than Huracán by basically 50%.” 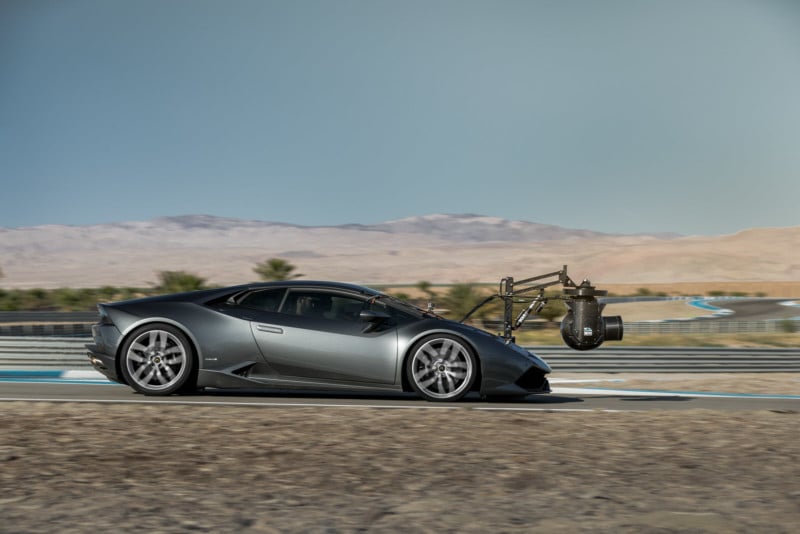 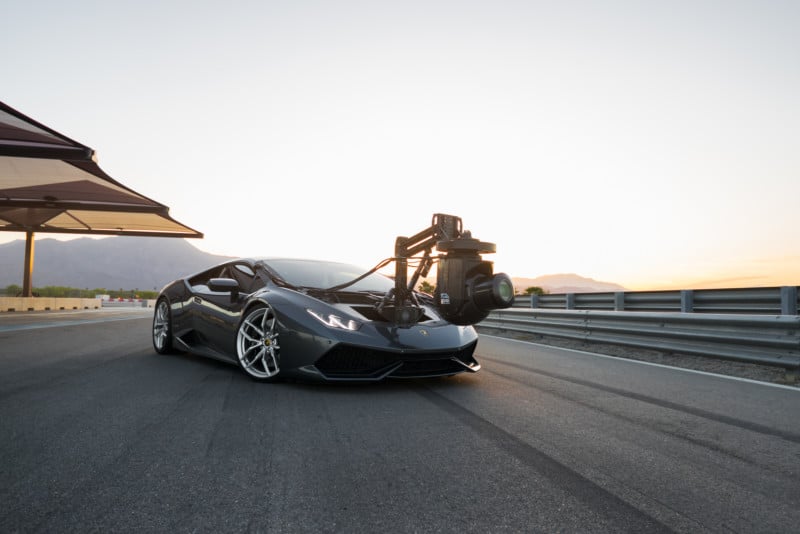 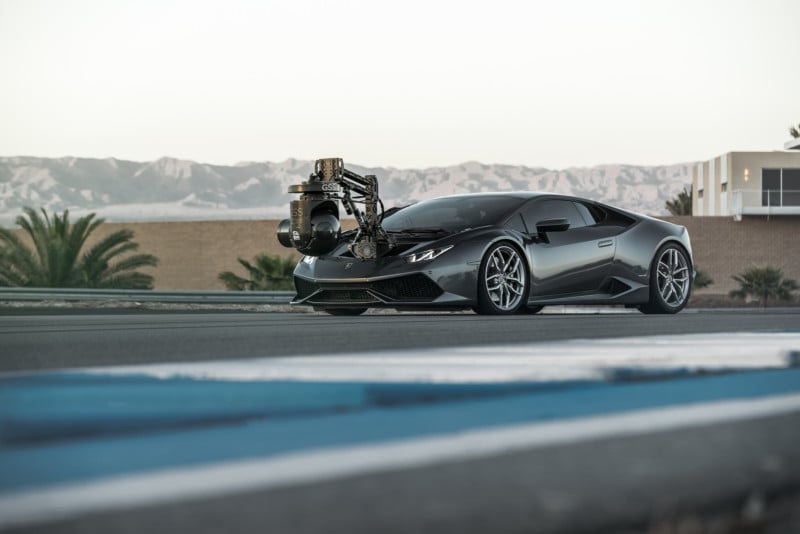 One of the primary advantages of the Huracam is its ability to run faster than pretty much any car out there, which allows for certain shots that are impossible with other camera cars.

“The importance of being faster than other cars on the track is that you can go beyond running the line,” Garofalos says. “No one wants to see [the camera] running the same line. This car lets you divert and start leading the car. That’s why you need it.” 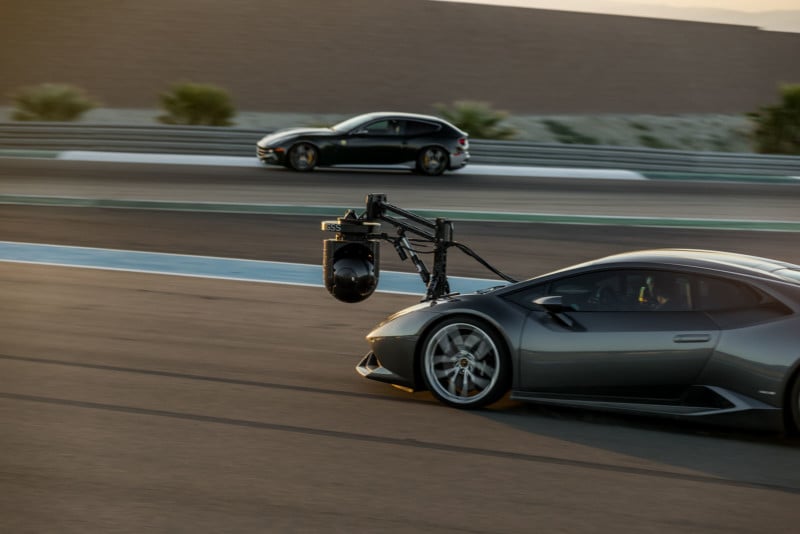 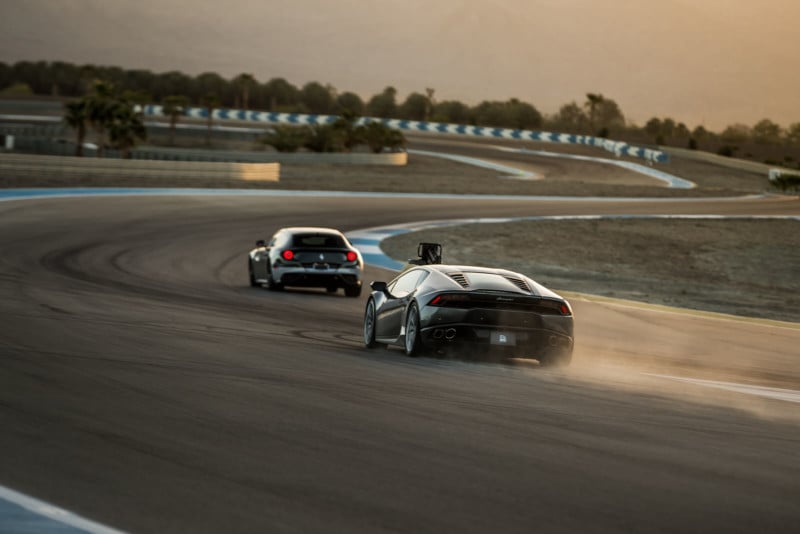 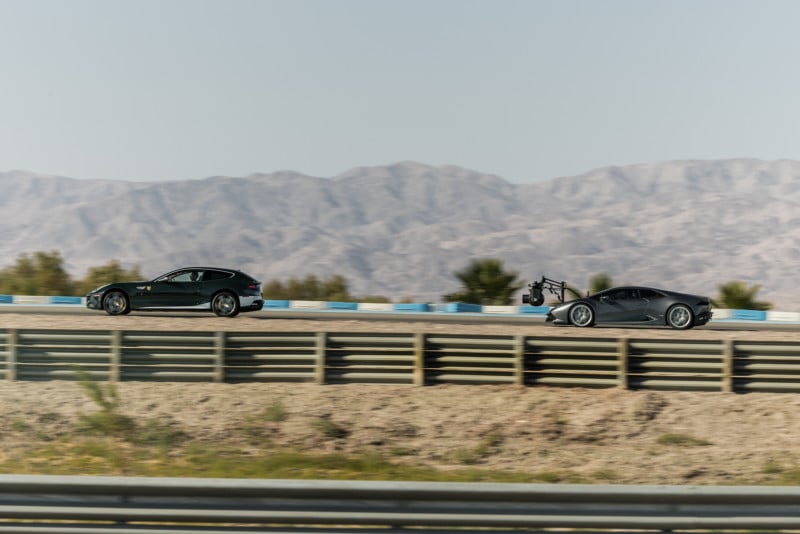 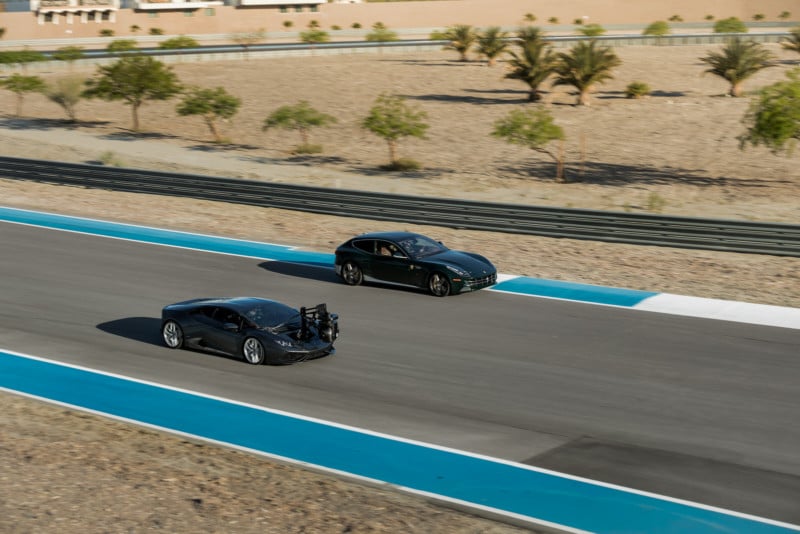 A “plethora” of jobs have already started lining up for the Huracam — everything from car commercials to Hollywood blockbusters, Garofalos says.

With the power of the Huracán and the time and cost required to build a camera car of this caliber, we’re guessing that we won’t be seeing a more powerful build take the crown in the near future.

Previous This is Why You Shouldn’t Leave Your Camera Under a Car
Next Casio to Shutter Its Compact Camera Business: Report