This Fiery Wedding Portrait Was Made with a Single Long Exposure

Photographers Save Swimming Deer from Drowning in Lake Erie

Austrian photographer Markus Hofstaetter recently captured this fiery wedding portrait, titled “Love on Fire.” It’s a single exposure that can be shot with a much smaller budget than you might think. And no, you don’t need a gigantic flaming explosion.

Hofstaetter started by building a small pond in his yard just so his portrait would have a reflection on the ground. 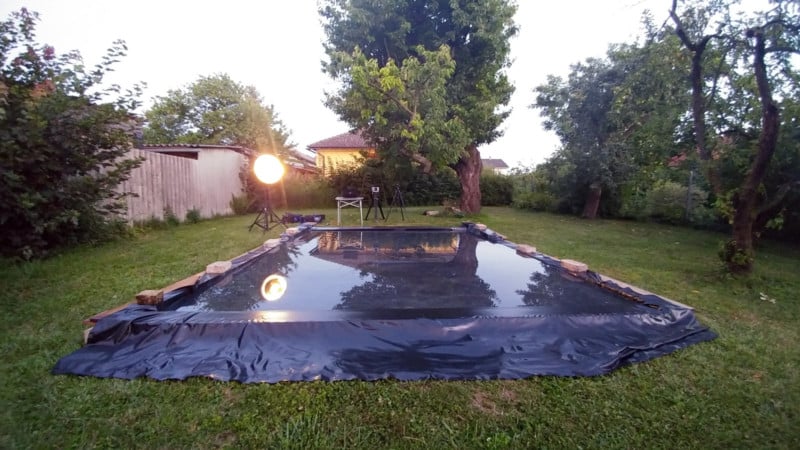 He set up two flashes on the scene to illuminate the couple during a long exposure. 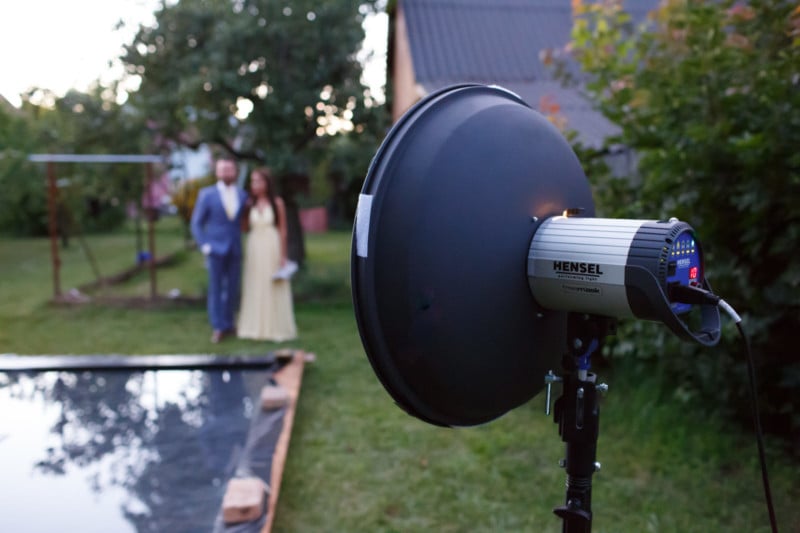 For the flame, Hofstaetter went out and purchased an odor-free lamp oil, a pot, a steel bar, carabiners, chains, and linen towels (for putting out the fire). By hanging a Kevlar wick from the pole, soaking it in oil, and then lighting it ablaze, Hofstaetter created a column of fire behind the couple that an assistant could hold. 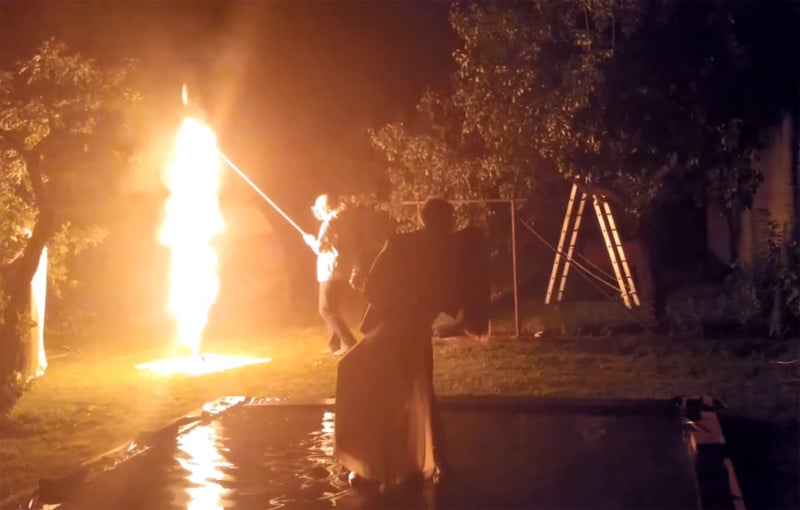 Walking the column of fire back and forth behind the couple during a long exposure photo creates a giant wall of fire in the resulting shot.

Finally, firing the flashes during the long exposure illuminates the couple in the foreground and completes the shot. Voila! 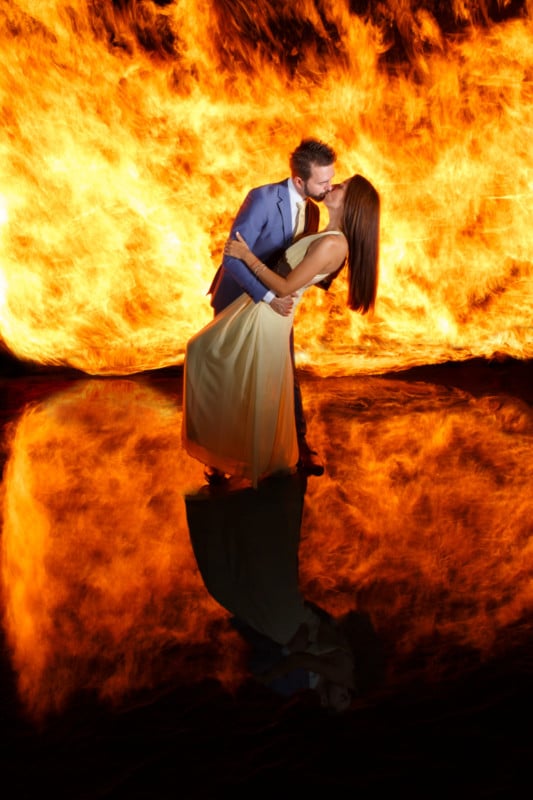 That’s how this wedding portrait was captured using a 3-meter-tall flame, two flashes, and a single 4.4-second exposure.

Here’s a behind-the-scenes video showing the shoot in progress:

Previous Slow Life Down by Doing Some Long Exposure Photography
Next Amazon Honoring a $500 Pricing Error on a $2,200 Camera Lens