This Guy Made an 8×10 Large Format Video Camera

Photographer Zev Hoover has created a rather unusual camera: it’s one of the world’s first 8×10 large format video cameras.

Hoover believes his creation is the first of its kind ever made. The company LargeSense showed off a 4K sample video shot with a large format digital camera back in 2015, but that involved an expensive digital sensor and was made by combining TIFF file readouts from the sensor at 24fps.

Hoover’s camera, on the other hand, is much more affordable and practical for everyday people. The front half is an old large format still camera built around a cheap video slider for adjusting focus during shooting by moving the lens and bellows forward and backward. 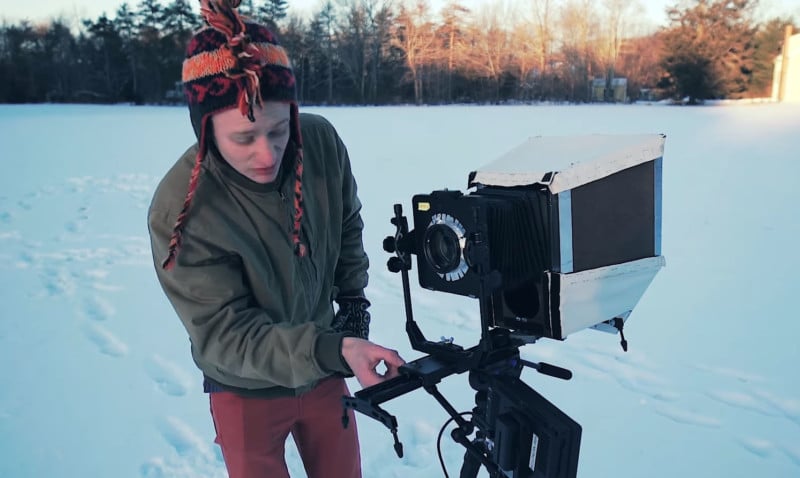 “The camera works by projecting a huge (bit over 8×10) image — with all of the lovely depth and aberrations of large format glass — onto a matte surface, like a perfect projection screen,” Hoover tells PetaPixel. “I then reimage that plane with a wide angle lens (Irix 15mm f2.4 Firefly) on a Sony a7S.”

To compensate for the fact that the video camera is capturing the white plane at an angle, Hoover uses 12mm of shift. 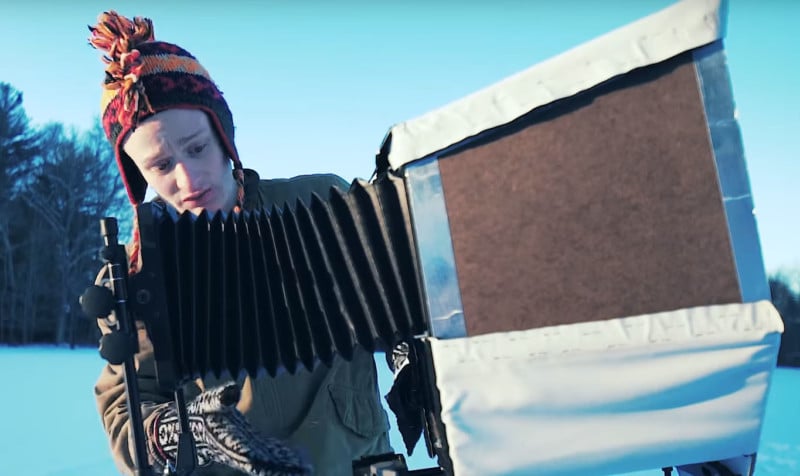 Hoover can also attach an external monitor that allows him to shoulder mount his hefty camera contraption. 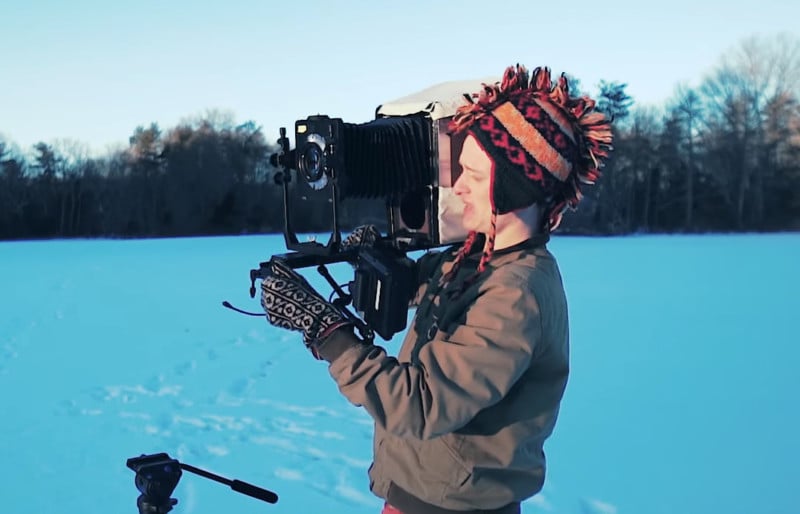 Here’s a 4-minute video Hoover made that shows sample footage from this camera and an explanation of how it works:

“It is amazing to work with the image quality of large format,” Hoover says. “[It’s] like IMAX but waaaaaay bigger.”

“The main downside is sensitivity,” Hoover tells PetaPixel. “In the process of reimaging, I lose about 6 stops of light. As you can see in the video, even with the fantastic sensitivity of the a7S, indoor shots were nearly impossible.

“It is all worth it for the fantastic bokeh and amazing flares. I used to do a lot of extensions (aka the Brenizer method or ‘bokehramas’) and this camera captures a similar image in one shot, and works for video!”

Here are some still photos Hoover captured with this 8×10 hybrid camera: 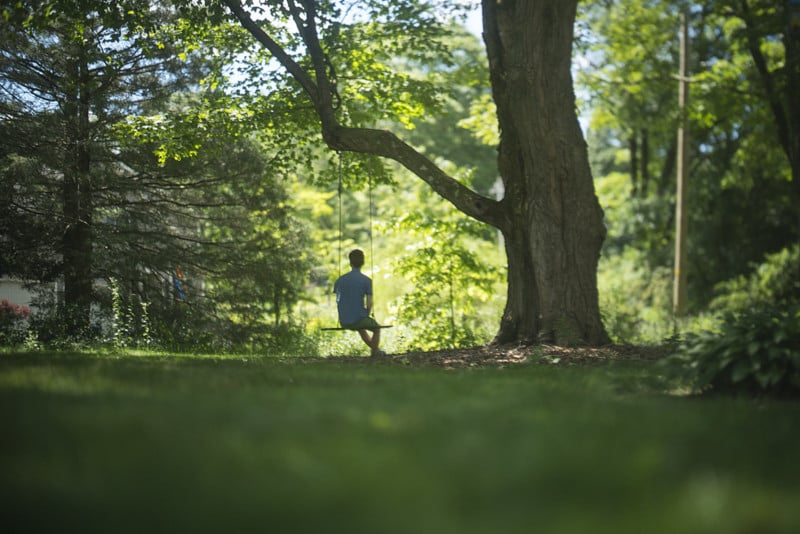 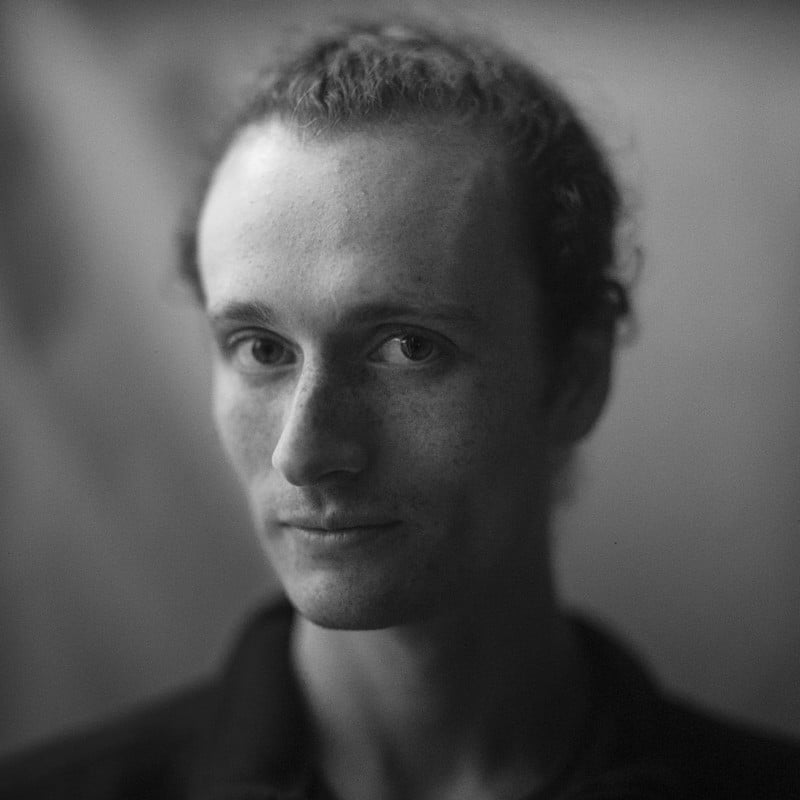 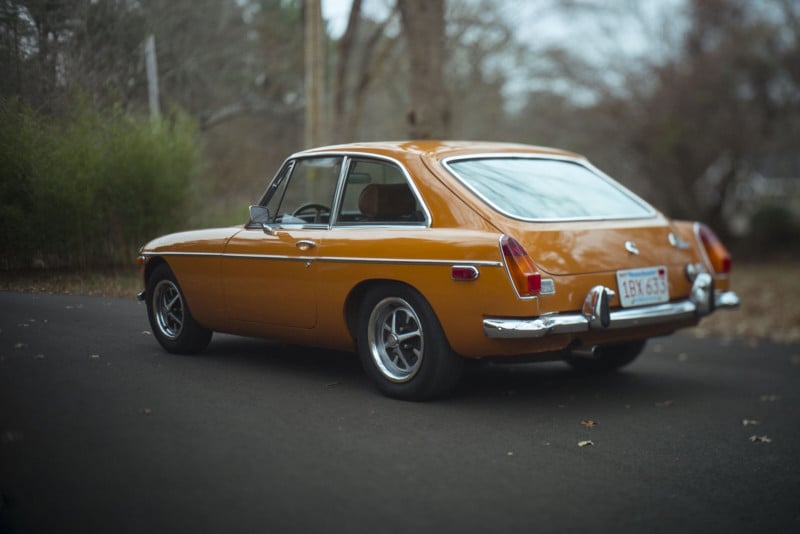 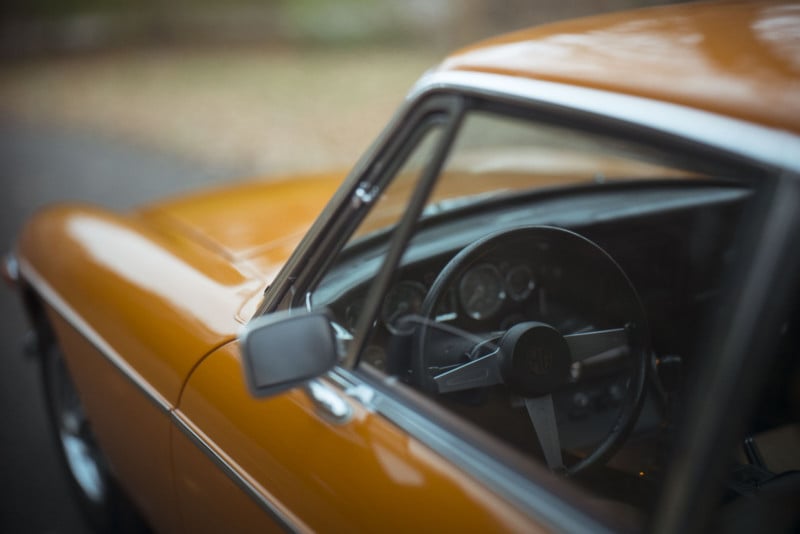 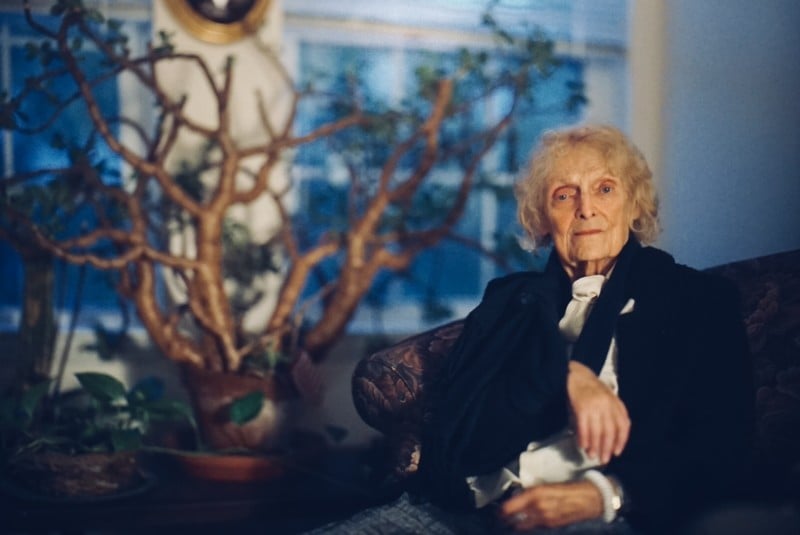