Ben Ouaniche of the YouTube channel Macro Room spent the past many months working on a high-speed spinning camera rig project. The result is a rig that can capture incredible slow-motion action footage while spinning around a tabletop set at 150 rotations per minute.

The project started three years ago when Ouaniche watched slow-motion cameras become both smaller and cheaper.

“This was a game changer from my point of view,” Ouaniche tells PetaPixel. “Now it was possible to move and change the camera point of view while filming very fast phenomena in slow motion.”

Ouaniche got in touch with Graham from The Slow Motion Camera Company, who partnered with Macro Room and provided a camera for the project. The camera shoots Full HD video at 950fps.

Ouaniche then teamed up with a creative engineer to turn his idea into an actual physical rig. What they built has a 150 RPM maximum speed, supports a 3.3 pound (1.5kg) camera and a 14 ounce (400g) 50mm lens, and has a centrifugal force of 176lbs/80kg at maximum speed. 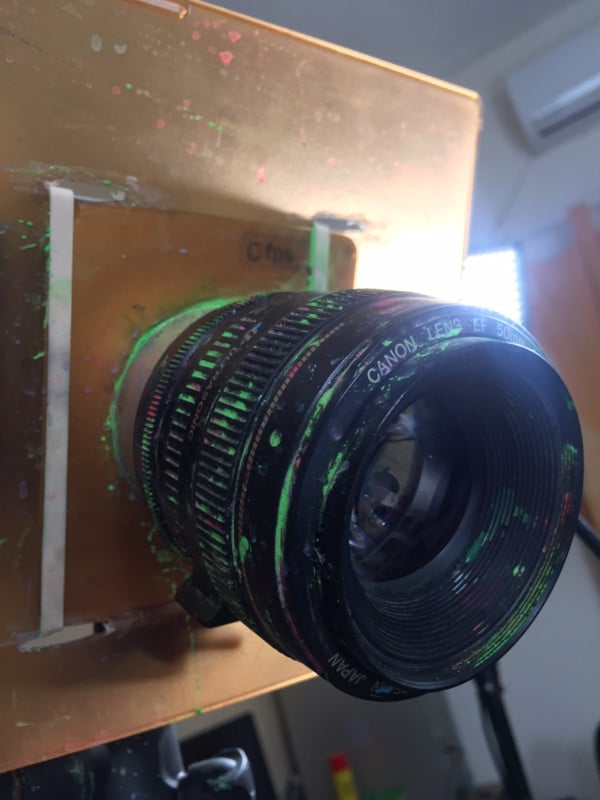 “A lot of the shots required many takes and very precise manual control to time and align the camera view and action in the right way,” Ouaniche says. 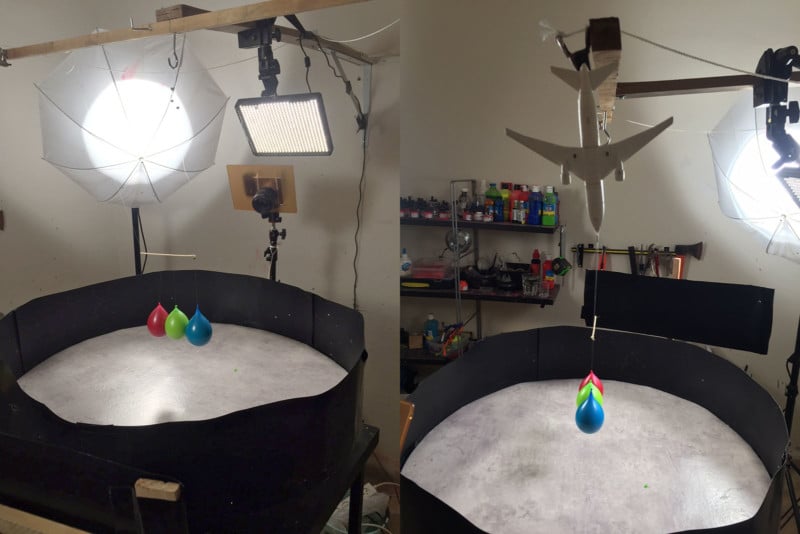 The full video above took 3.5 months to create. Here’s a clip of what this rig can help capture:

You can find more of Macro Room’s videos by subscribing to the YouTube channel.

Previous This ‘Exposure Calculator’ is for When You Get Asked to Shoot for Free
Next Ricoh’s New GR III Afflicted by Wobbly Control Dial, Ricoh Offers Free Fix